Knocknagoshel, a Bike Park for Tralee and The Imeldist 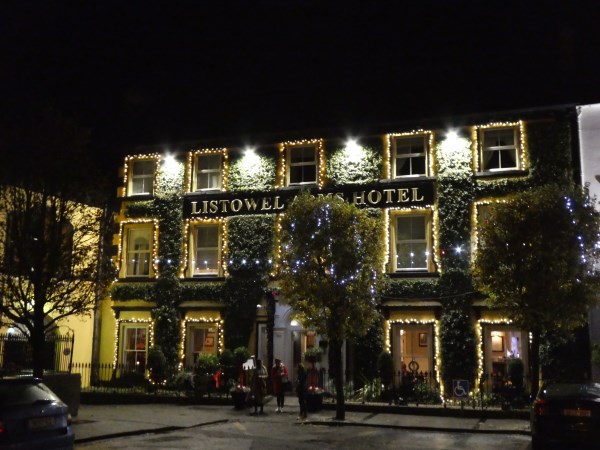 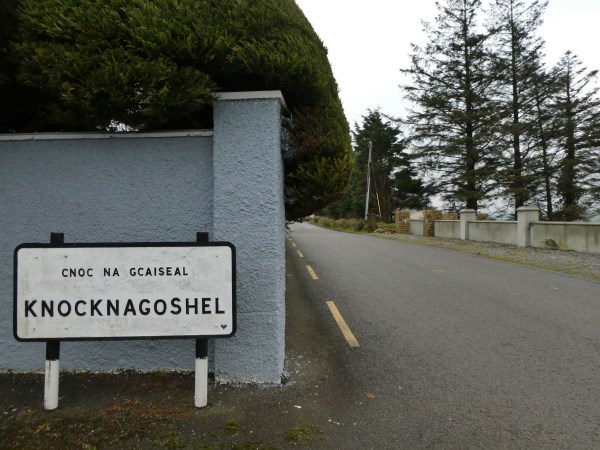 I was back in Knocknagoshel after Christmas. I asked Kieran in the shop why,  when they made those souvenir fridge magnet signs, they made them of a dirty signpost. 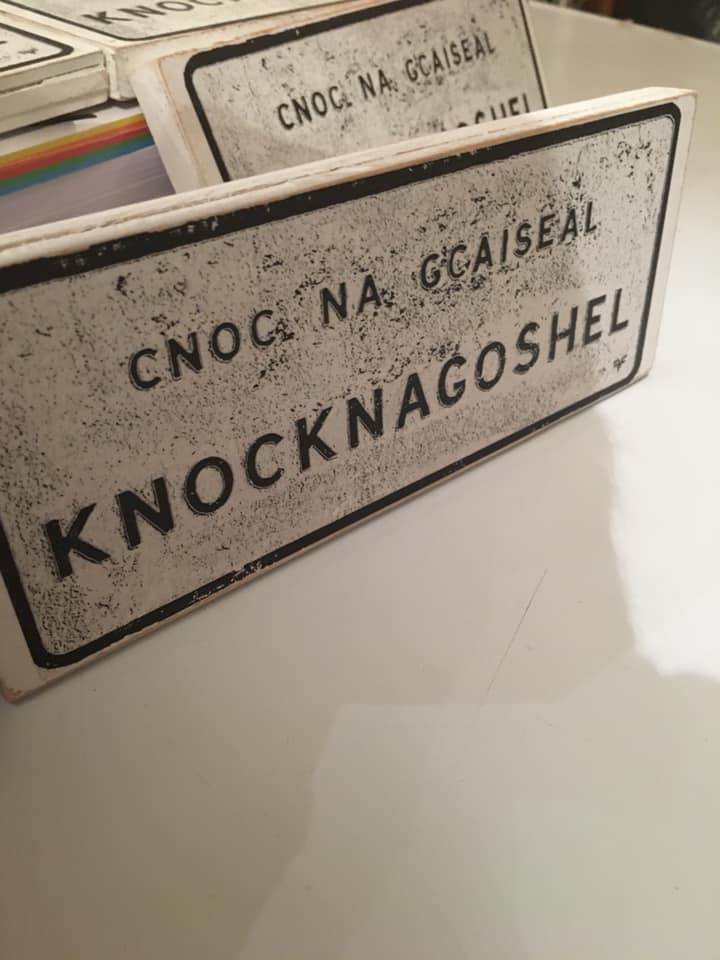 He told me that it is not actually dirt on the sign. It’s an effect of weathering that makes them look like that. “If you go up to the graveyard,” he said, “You’ll see what I mean.”

So I did just that and, sure enough, the sign at the cemetery looks just like that.

Knocknagoshel cemetery is in a lovely location on a hilltop overlooking the rolling hills of North Kerry. Here it is. 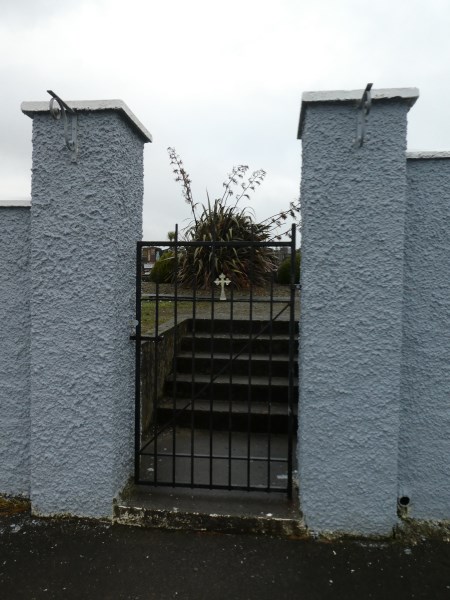 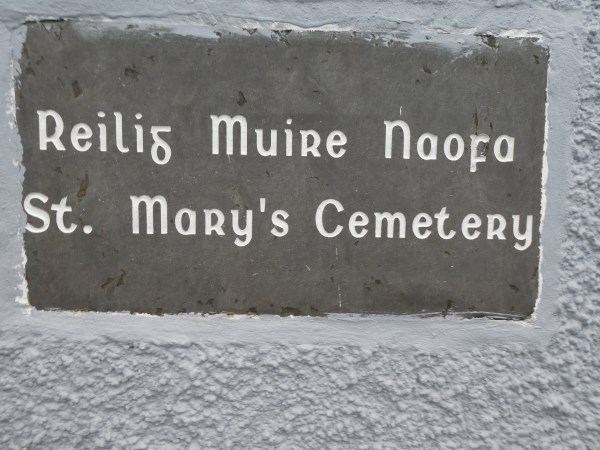 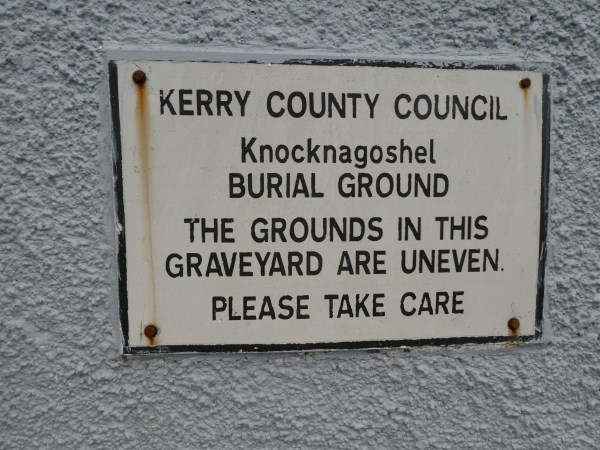 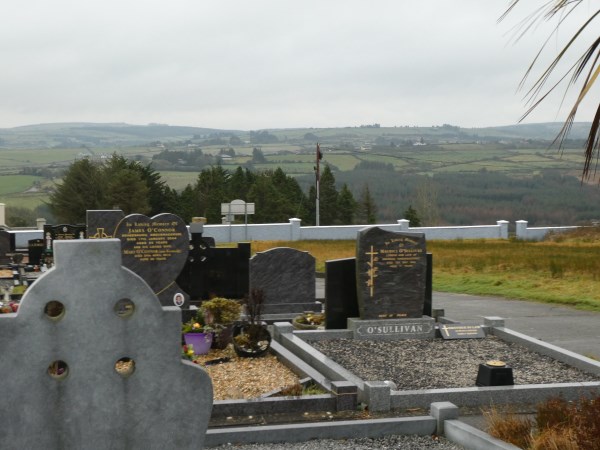 Research on line found that the Imeldist had some famous contributors over the years. I found the cv of the artist, Louise Béhal Price online in an ad for an exhibition of her work last April in a US town called DeKalb 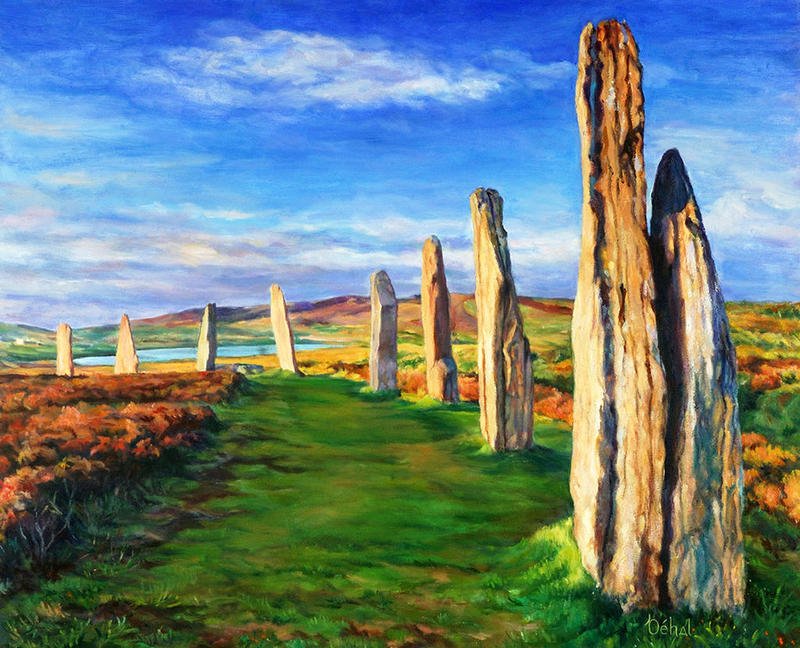 Through My Eyes,” an exhibition of paintings by Rochelle artist Louise Béhal Price, will be featured from April 1 through 27 at The Art Box in DeKalb.

Born and raised in Ireland and educated by the Sisters of Mercy, Louise Béhal had always been interested in art because of her great natural talent. She won local awards, and several of her pieces were published in The Imeldist, a widely distributed Catholic publication.

At 16, she moved to Spain and enrolled in the San Jordi School of Fine Arts of the University of Barcelona, graduating with a bachelor’s degree with an emphasis in painting, and a master’s degree in art education. She taught English as a second language in Bilbao, Spain, and continued to paint until she met her husband, Tom Price, who was in the Peace Corps.They moved to Ireland, where Louise ran a business matching Spanish students to Irish homes to learn English. After a few years, the business sold and she and her family moved to the U.S. Béhal Price continued to make art while raising her three children, entering and winning prizes in local competitions. As an adjunct professor she temporarily taught painting and life drawing at Kishwaukee College.

Dedicating herself to painting and drawing in her home studio, Béhal Price takes in commission work for landscapes and portraitures in oil paint and charcoal. As time allows, she shows her work locally and attends a drawing group with professor emeritus Louis Mustari and other local artists.

The paintings of Béhal Price reflect a mystique – a certain light and color that can only be attributed to Ireland. She will capture a serene image of a countryside, centuries old castles and mills by rivers and ponds framed with greenery enriched by the currents of the North Atlantic Ocean and the Irish Sea.