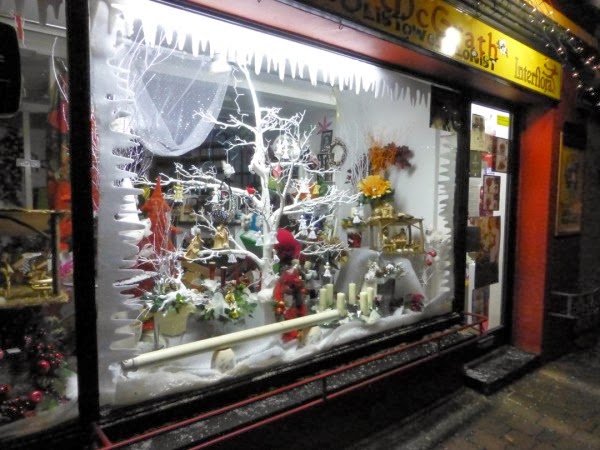 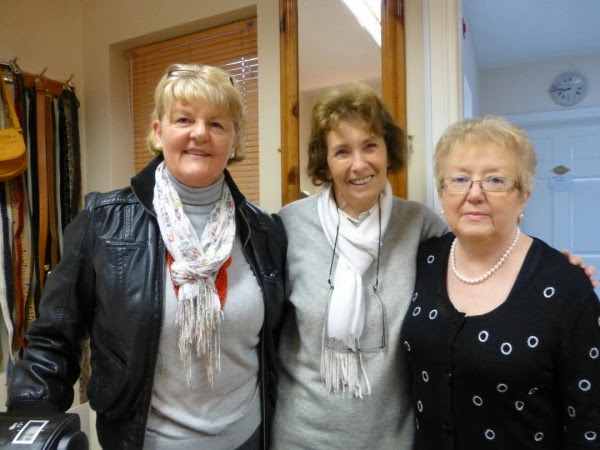 Gabrielle, Mary and Hannah took a minute to pose for the camera. They are very busy these days in St. Vincent de Pau’s Second Time Around shop. You can also buy new handmade goods in aid of the St. Vincent de Paul Society in Craftshop na Méar  at 53 church St. 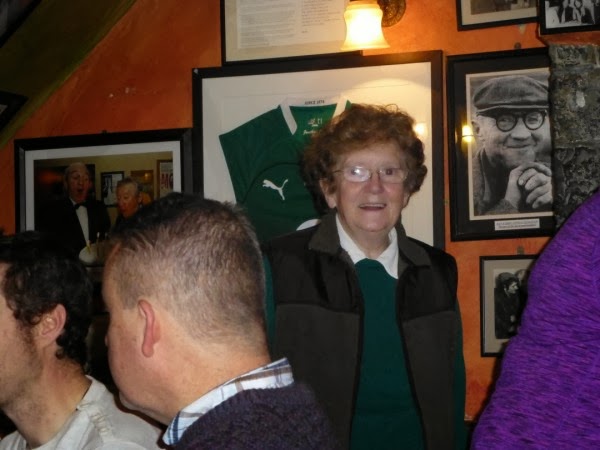 It was great to see one of Listowel’s royalty, Mary Keane, back to her old self again after her recent hip replacement. She will cut the ribbon to officially open Craftshop na Méar tomorrow Weds Dec. 10 2013 at 1.30 p.m.

“Many lovely things are gone

That seemed sheer miracle to the multitude.”…Yeats

This book will make a great Christmas present for anyone with any interest in railways and particularly The North Kerry Line. I attended the launch recently and I have only now got round to posting some photos. 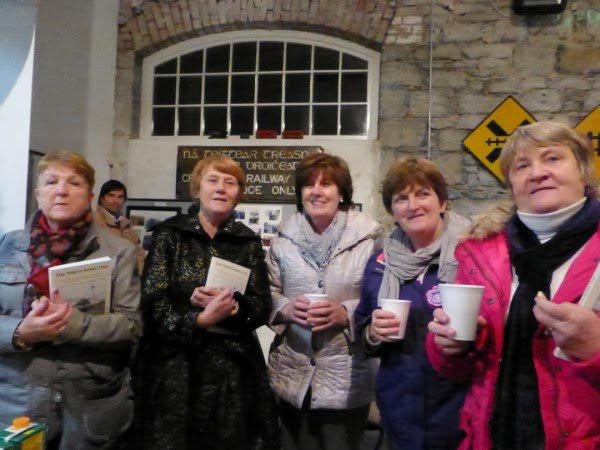 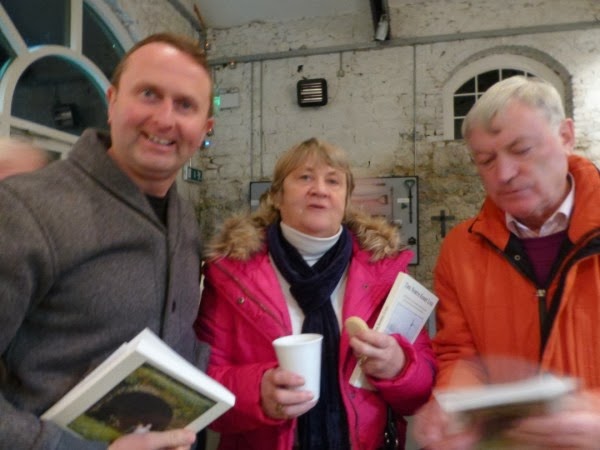 the line were Mark Loughnane and Joan and P.J. Kenny. 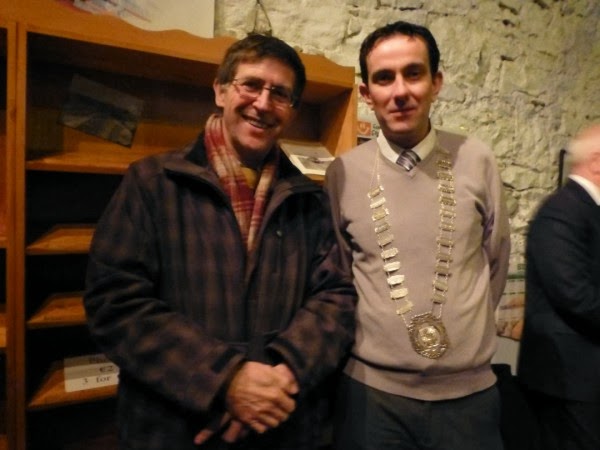 Liam O’Mahony who did trogan work to get this project off the ground chats to our mayor, Jimmy Moloney. 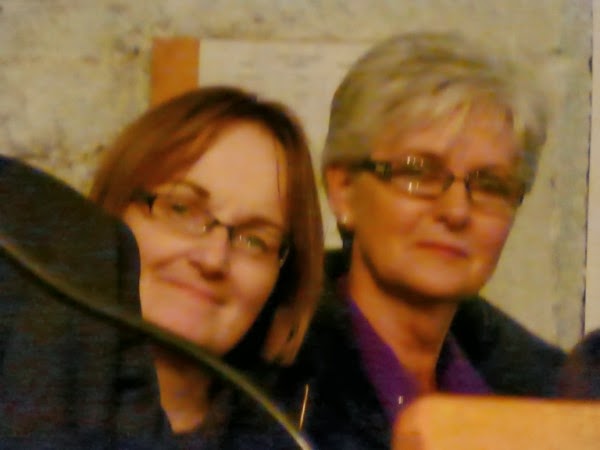 Doreen and Daisy helped with selling the books. 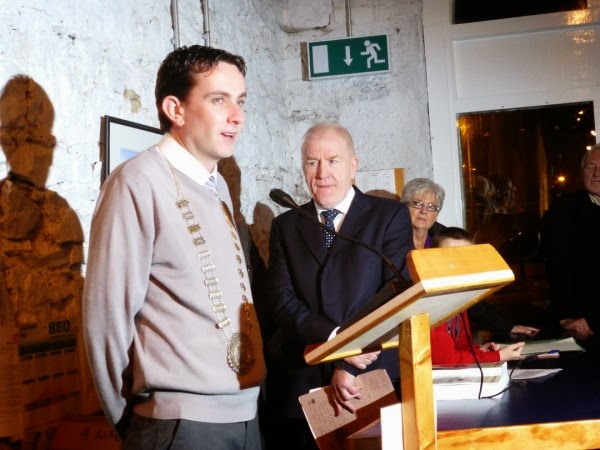 Jimmy Moloney welcomed the arrival of the book, a written account of an important piece of North Kerry History. 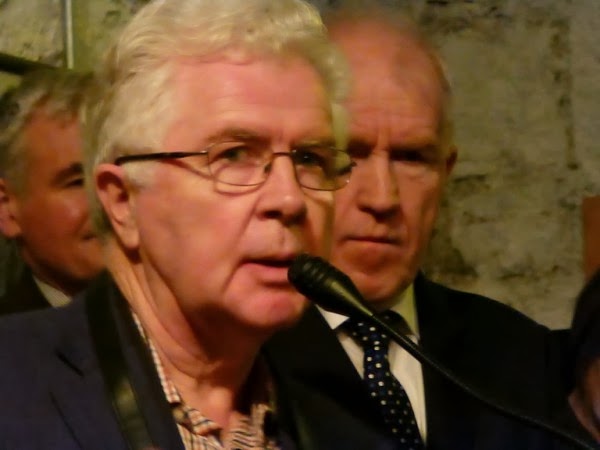 This is Michael Guerin. Michael has dedicated long hours to making this launch happen. First of all he saved the venue we were in, the Lartigue Museum from destruction. He researched and preserved valuable Lartigue and Railway memorabilia and memories. He was responsible for the lovely old interviews we heard on the night to the accompaniment of  old footage of the line.  He it was who told me all about the book and the night and so he is the reason I am bringing it to you. 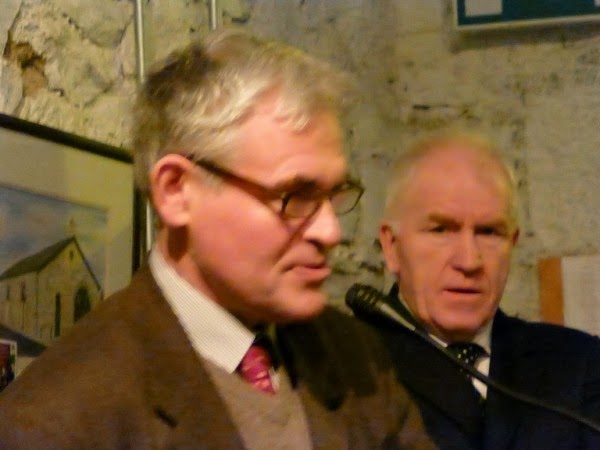 This is Alan O’Rourke who wrote the book. He loves Ireland and he loves railways. 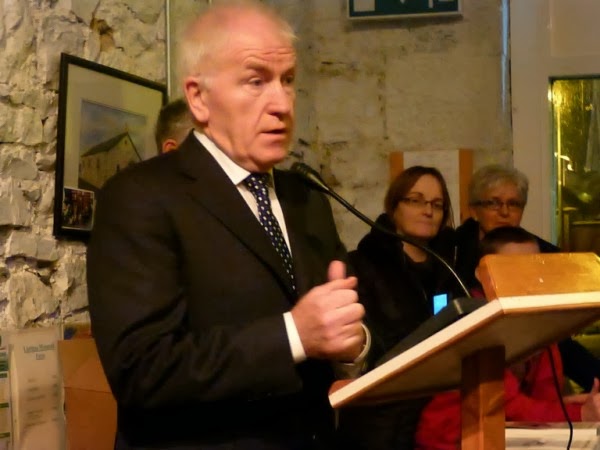 Jimmy Deenihan did the official launch.

Among the anecdotes from the book that Alan told us was this account of an accident in The Newcastlewest station.

As you probably realize, trains like to run on flat terrain and even the smallest hill posed a problem for a heavy locomotive and carriages. En route between Newcastlewest and Listowel the train had to pass through Barnagh. Sometimes it climbed this incline with difficulty. But “on November 25th. 1947, a Limerick-Listowel empty stock special and 16 wagons stalled on Barnagh Bank at around 10.40 p.m.” The driver decided to divide the train. He decoupled 5 carriages but slipped before he could remount the train. The runaway train hurtled down the line towards Newcastle, tearing down gates and rattling crookery in the dressers of houses near the line. It eventually came to a halt in the stationmaster’s garden having demolished train, track, platform and numerous gates on the way. Luckily no one was killed. This was a miracle as, at that time, it was the custom for courting couples to hang out in a carriage that was left overnight in NCW. As luck would have it, there was a good film on in the cinema and lovers chose that venue instead.

This and lots of other stories are recounted in the book as well as more technical stuff for the Roy Croppers of this world.

The book is in shops for €15…a bargain for this collector’s item.