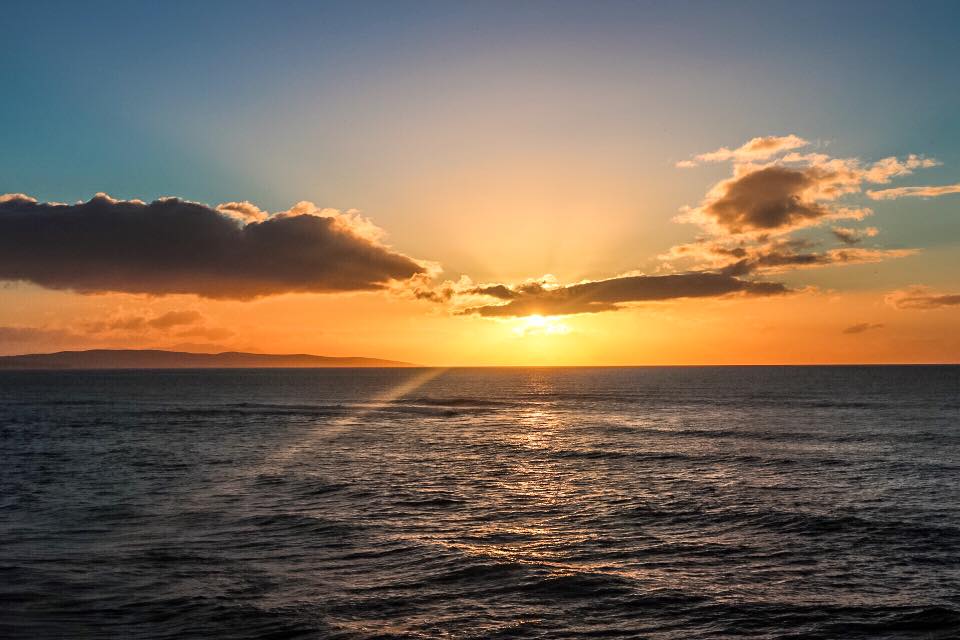 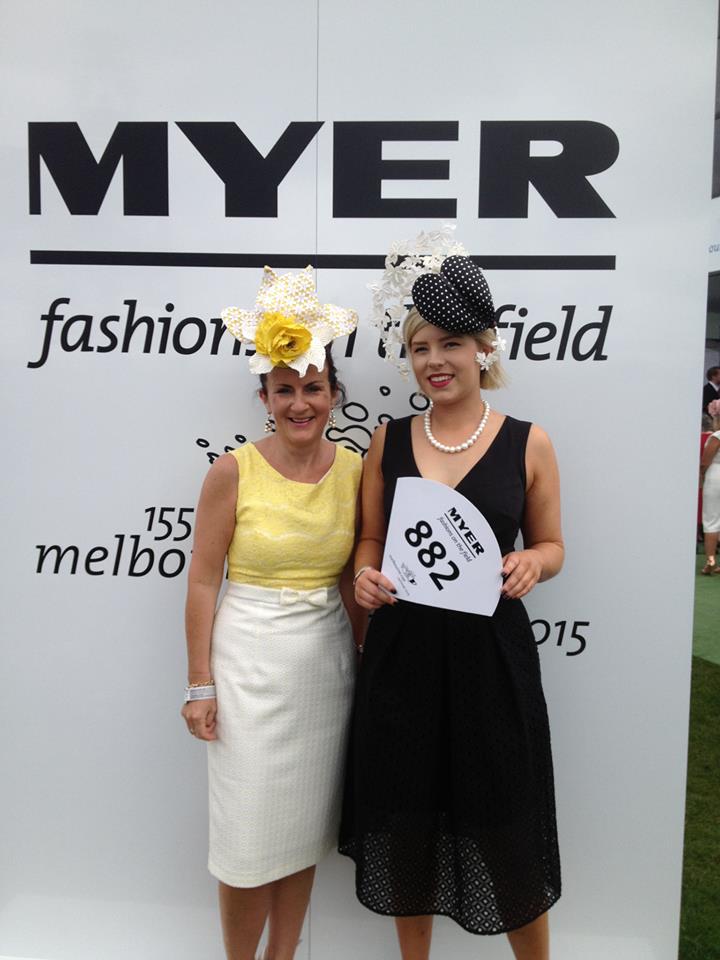 On the left of this picture is our very own Maria Stack of Listowel. You will remember her from Ladies Day and Recycle Upcycle Day at Listowel Races. She is also the daughter of the very talented and very stylish, Betty.

Maria is a milliner. She has converted what was a hobby into a business. I think you will agree her hat for The Melbourne Cup is an unusual and inspired creation and the perfect crowning glory for her beautiful dress. Maria was one of 100 milliners worldwide to be invited to take part in this prestigious millinery event. On the right of the photo is her model, Pearl, wearing Maria’s entry for the competition.

I think you will agree that Maria did us proud and her handiwork is up there with the best. 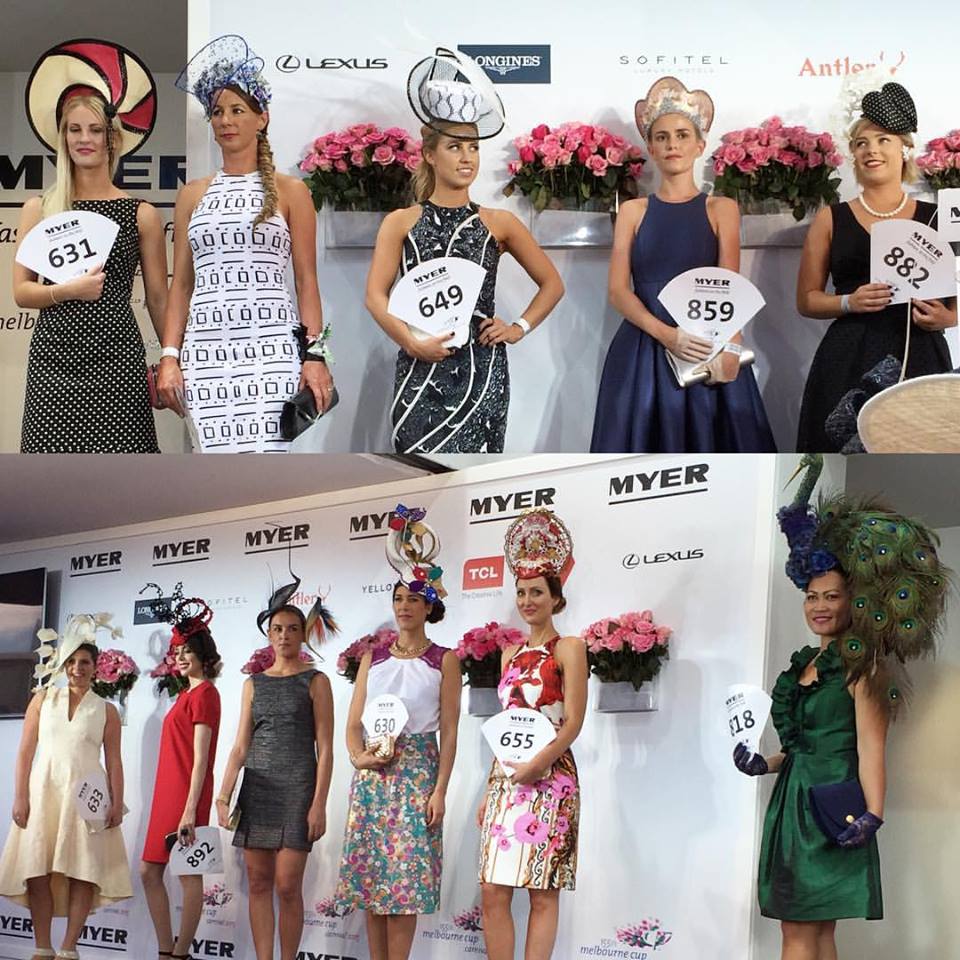 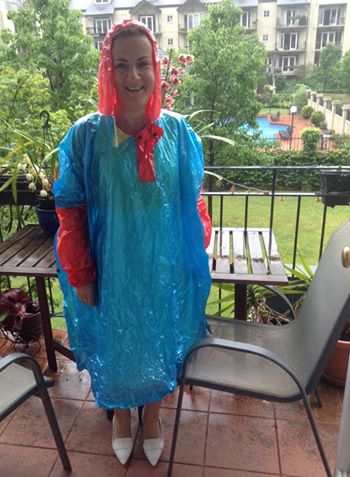 It wasn’t all glamour and sunshine in Australia. Maria had to improvise a rain outfit for the unexpected showers. 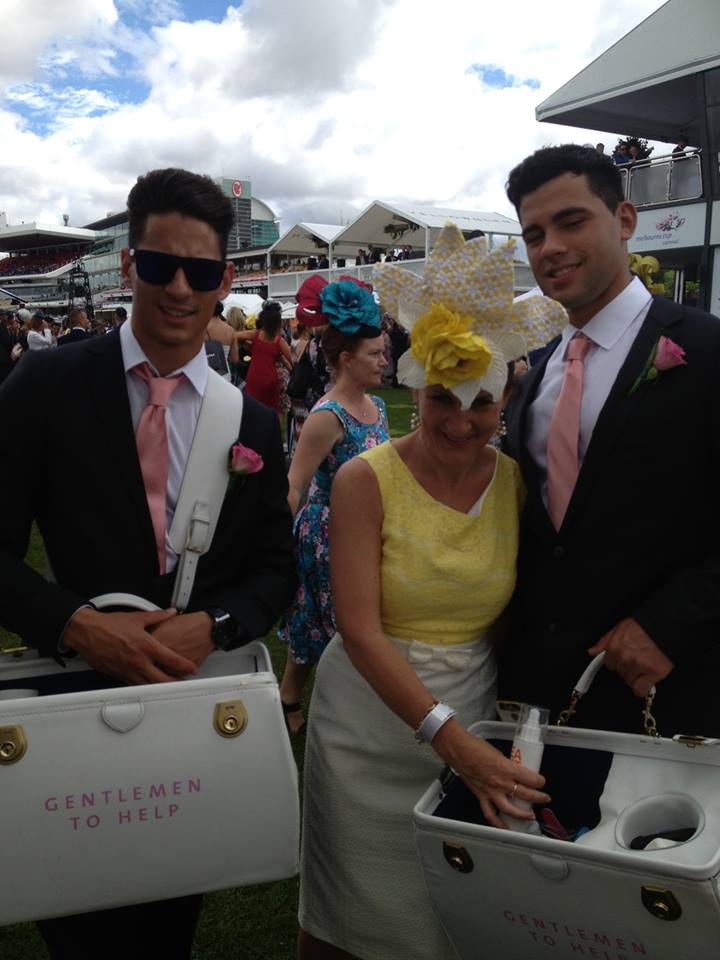 How about this idea at Listowel Races Ladies’ Day?

These guys were kind of roaming Rose of Tralee escort types.

Anyone visiting me has to accompany me on a trip to Athea. My 2 lovely grandsons had the usual outing during their Halloween break.

First stop was Jim Dunn’s mural to view progress. I experimented a bit with colour, trying sepias and black and white. I think you will agree the old world charm of this scene lends itself to an old world medium. 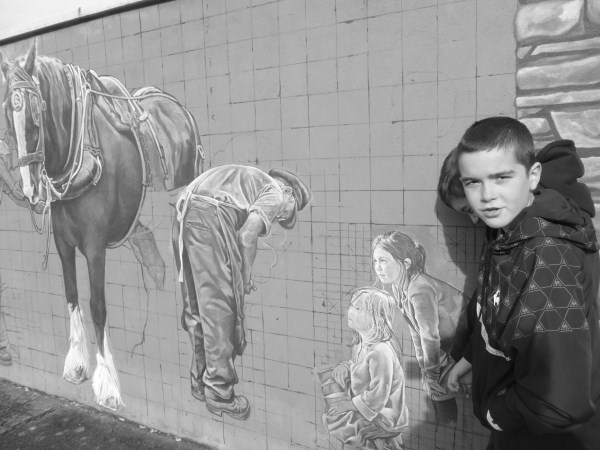 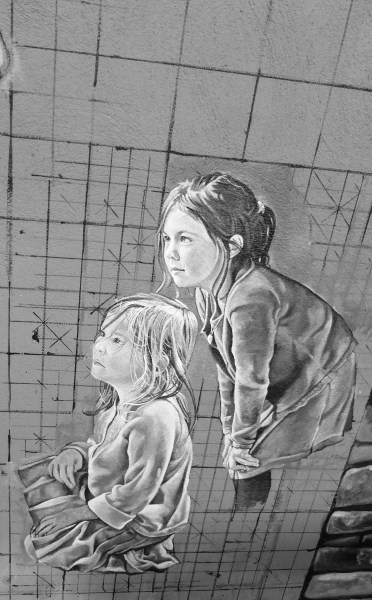 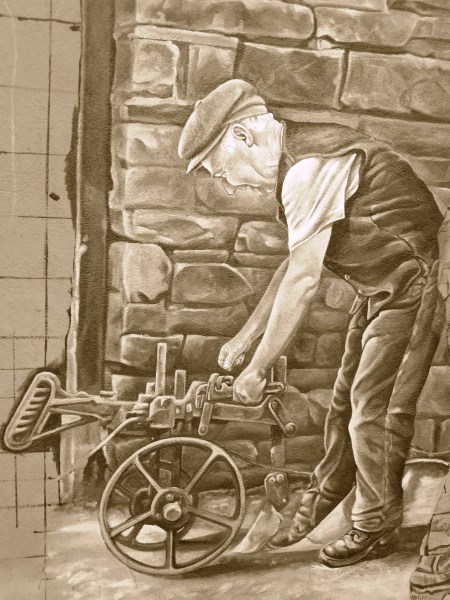 The detail in this cameo never ceases to enthrall me. 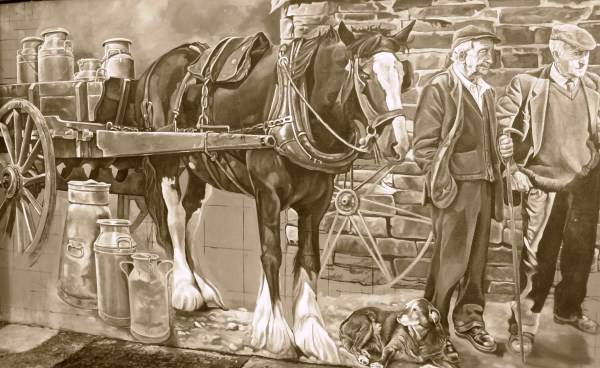 Don’t miss it! A really strong cast of local thespians has been assembled for this one. Who better to play John B.’s characters than his own people. The photos are Frances Kennedy’s. 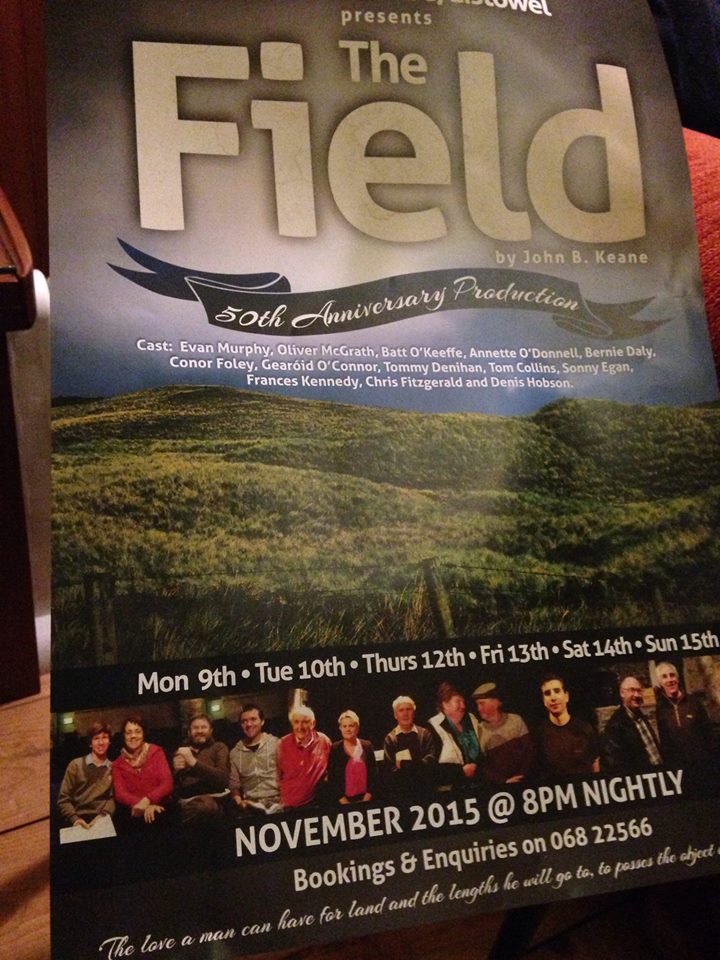 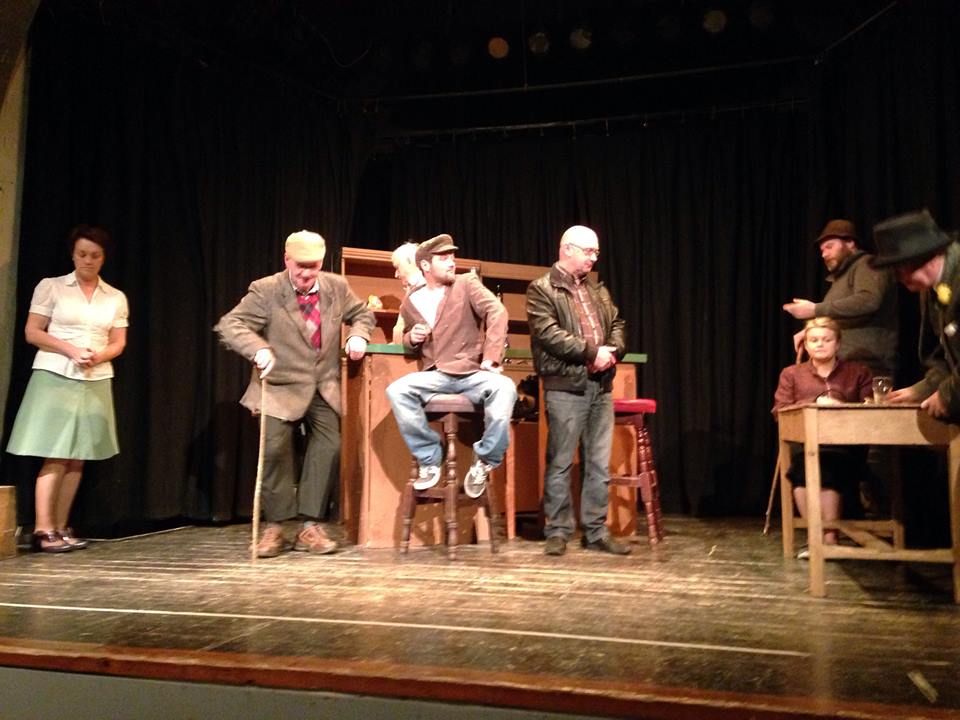 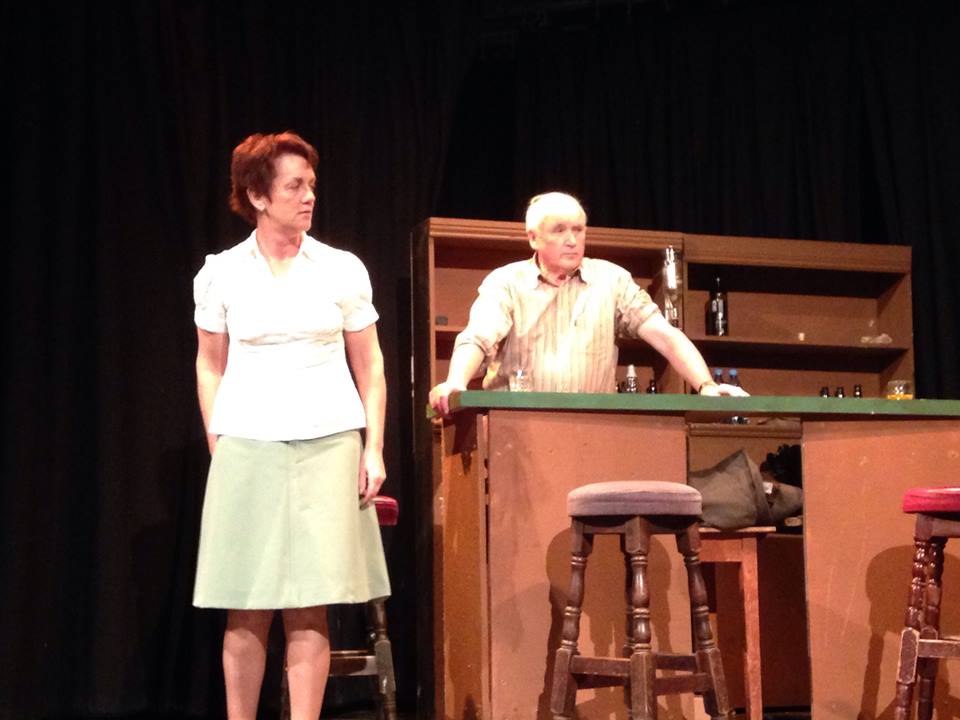 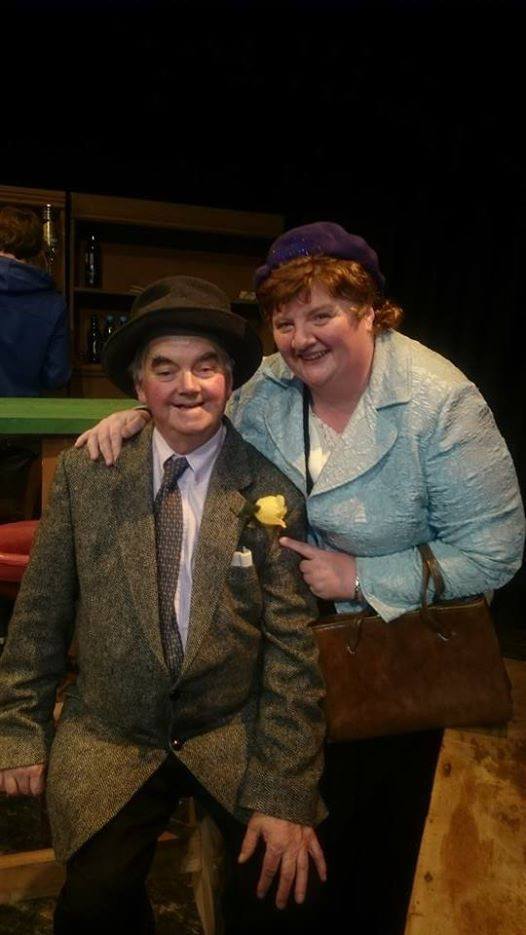 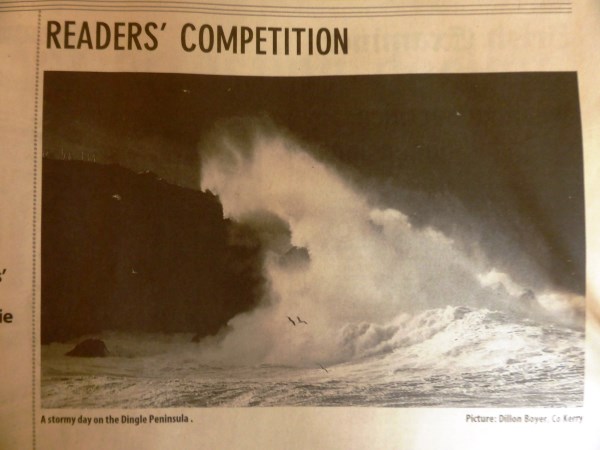 Dillon Boyer of Listowel took a super picture of a storm in Dingle and it was printed in last Saturday’s Examiner. 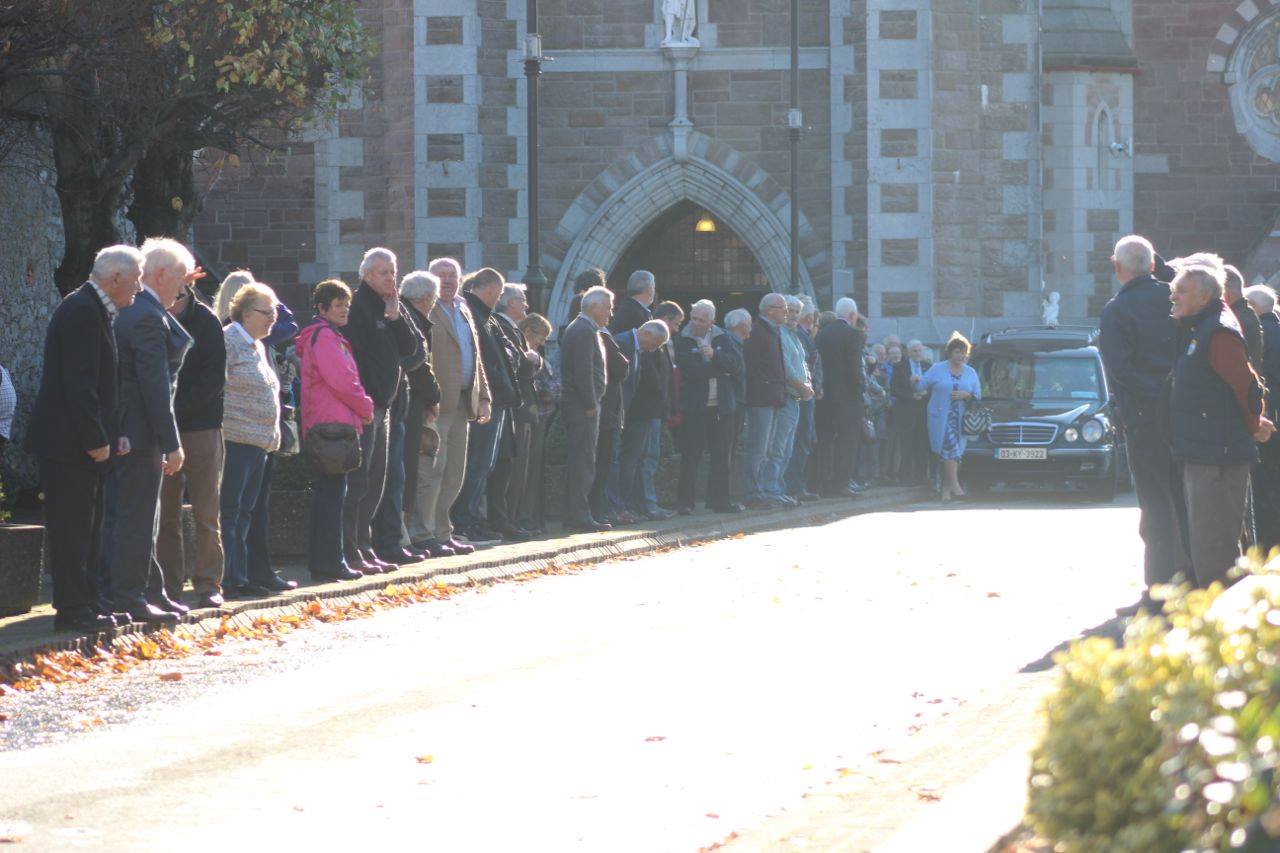