Christmas is a time for family. I spent mine with my family, pictured below. 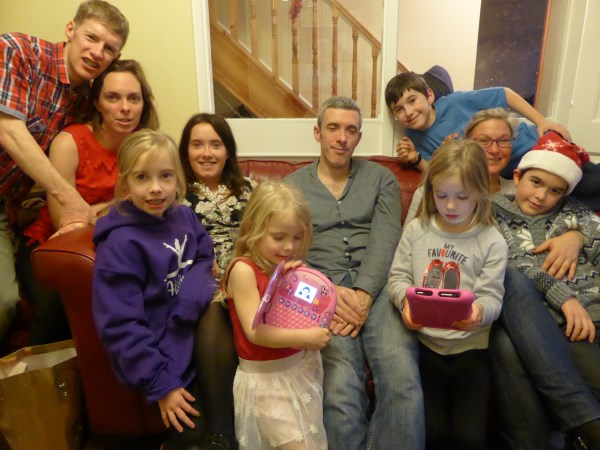 Even in this age of screens, and Santa brought lots this year, it’s good to play a game or two of cards. Below my younger daughter plays Uno with her niece, my youngest granddaughter. 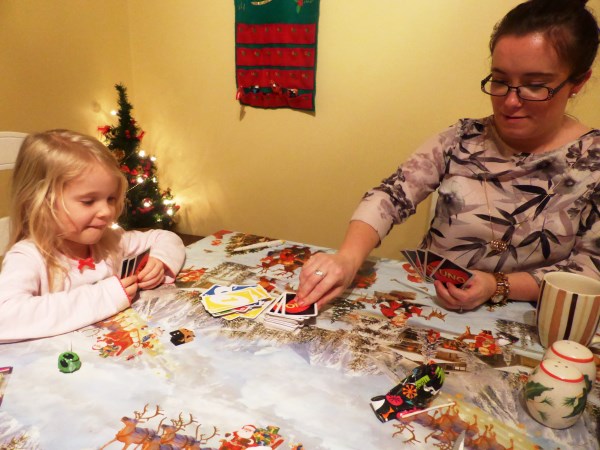 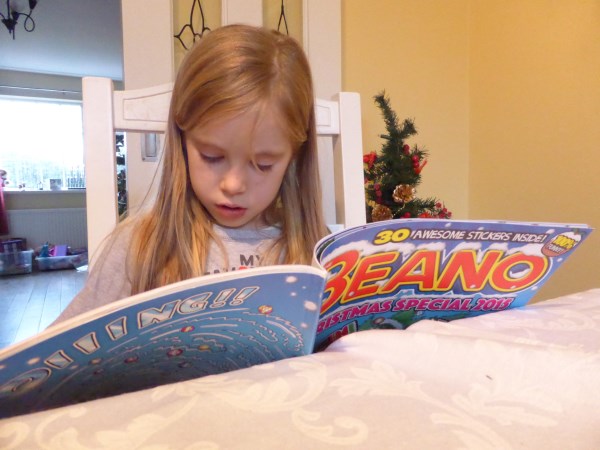 On a Christmas visit to my home in Kanturk, the girls did a bit of horse whispering. 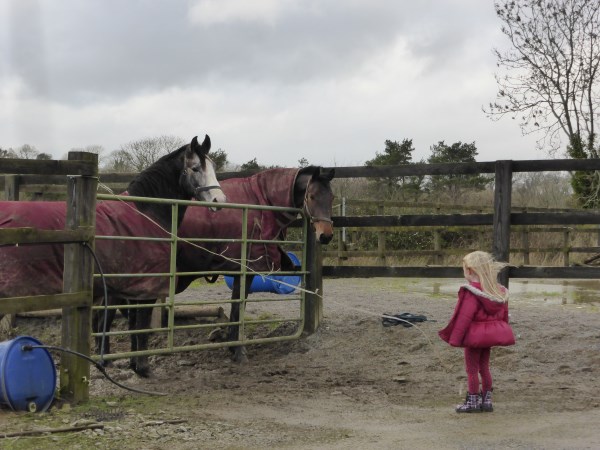 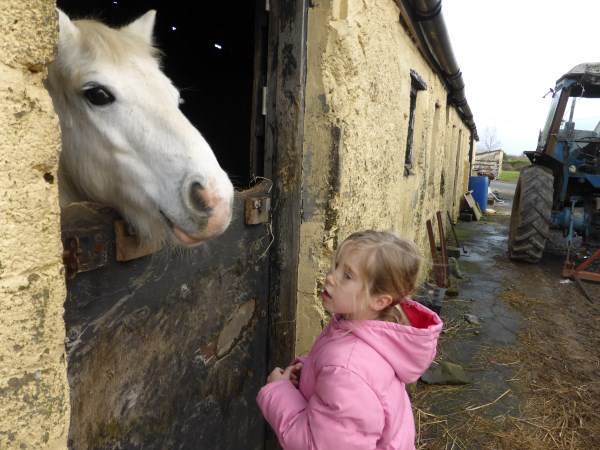 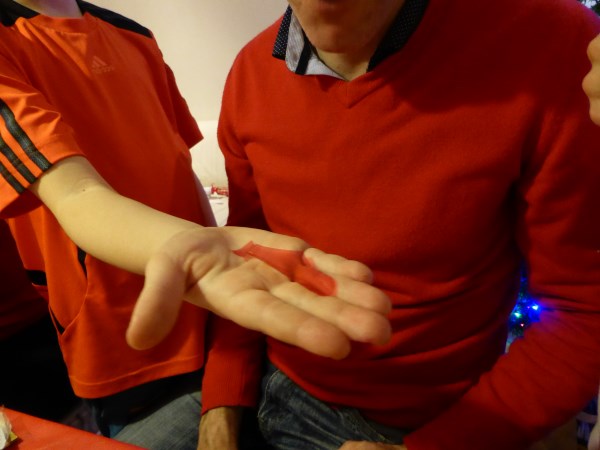 No cracker pulling session would be complete without the fortune telling fish. 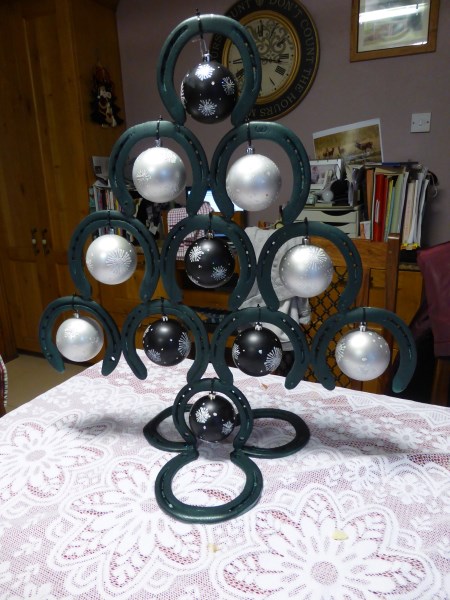 This is the perfect gift for the horse lover. This Christmas tree is made from discarded horseshoes: a great way to keep the memory of a beloved horse alive at Christmas. 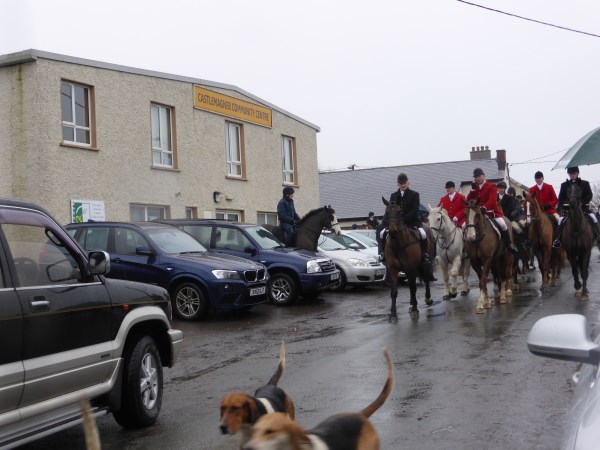 I was in Castlemagner to see the Duhallow Hunt ride out on St. Stephens’ Day. Despite the rain it was very impressive to see this centuries old tradition hardly changed a whit except for a few mobile phones.

Some people were transported back to the Mondays of childhood by a recent blogpost about memories of the twin tub.

I remember a time way before the washing machine, when Monday was dominated by an aluminum washtub, a washboard, Sunlight soap, Reckitts Blue, starch made from flour and a clothesline held up by a forked pole. 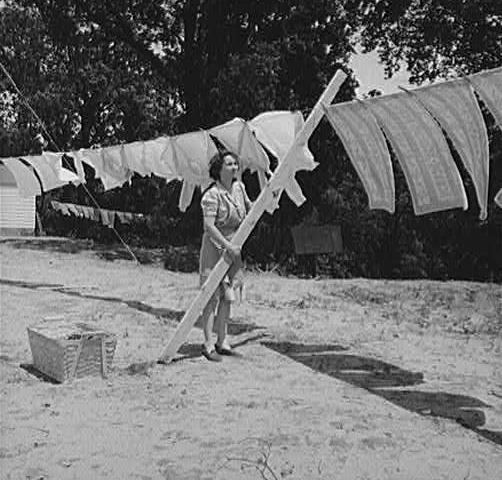 Photo: Memories are made of this

Most women wore an apron, usually a wrap around dark coloured  one that covered all her good clothes and, most importantly, “didn’t show the dirt”.

Sunday best clothes were literally that. They were worn only to mass and then put away for another week. These were only washed once or twice a year.

Everyday clothes were washed more often but nothing like the excessive laundering we do nowadays. Men wore a shirt for a whole week, only changing the collar, if necessary. Most countrymen wore collarless shirts so the whole shirt went a week without washing.

Washday Monday began early with the boiling of the water in the Burko Boiler. This would be on the go all day for frequent changes of washing water. The water had to be brought in buckets to the boiler.

The washtub and board would be set up and then the washing started with the whites. These often needed an extra scrub. When washed they were put aside in a bucket of cold water to be rinsed, dipped in blue and, if needs be, starched. Starch was reserved for good table linen and sometimes for shirt collars. These would be the good shirts and, when starched, they would cut the neck of you. Starch (a paste made from flour and water and added to the rinsing water) was used very sparingly in our house.

The dirty water was thrown out, an operation involving two people, one to hold either side of the washtub. Washing was done outdoors whenever possible or if it had to be indoors it was done close to an open door. The tub was filled again and the coloured wash started.

If the housewife was lucky enough to have an assistant, mother, sister or daughter, this assistant would be hanging out the whites while the woman of the house got on with the coloureds.

Lest you think that hanging out the washing was an easy job, let me banish that notion this instant. I often was that soldier.

In our house the rinsing was always done in cold water, icy cold water…2 changes of cold rinsing water and the final rinse with a dip of the blue bag.

Don’t get me started on bleach. If the white garment had yellowed a bit it required a third rinse, this time with bleach added. As I write I can smell it and I can feel the sting in my fingers. There was no mangle, no ringer, spinner or tumble dryer so you had to squeeze as much water as possible from the rinsed garments and then take them to the line. The line was usually a distance from the house on any piece of elevated ground where the clothes might catch any passing breeze. “Good drying” was the housewives’ dearest wish on a Monday.

Washing the coloureds was a doodle after the whites…no blue, no bleach and no starch.

A Cloud of sadness overshadows the GAA community 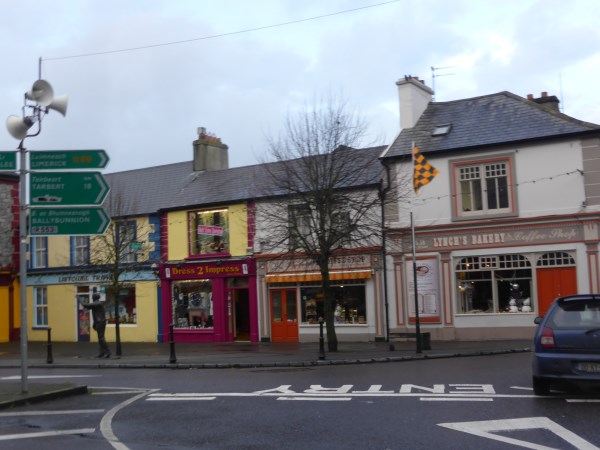 I took this photo in The Small Square on one of the days between the drawn game and the replay between Brosna and Listowel Emmetts in the North Kerry Football Championship. The Emmetts’ flag was flying in anticipation of the replay planned for January 3 2015. That game was postponed due to the tragic death of one of North Kerry’s finest young players, Paddy Curtin of Moyvane.

(The replay was played in Ballybunion on Saturday January 9. Listowel Emmetts fought a hard battle to win by 9 pints to 6.  )

The below series of photos was posted by MacMonagle Photography as a tribute to Patrick Curtin. The G.A.A.s loss is as nothing compared to the family’s loss of such a talented and promising young man. 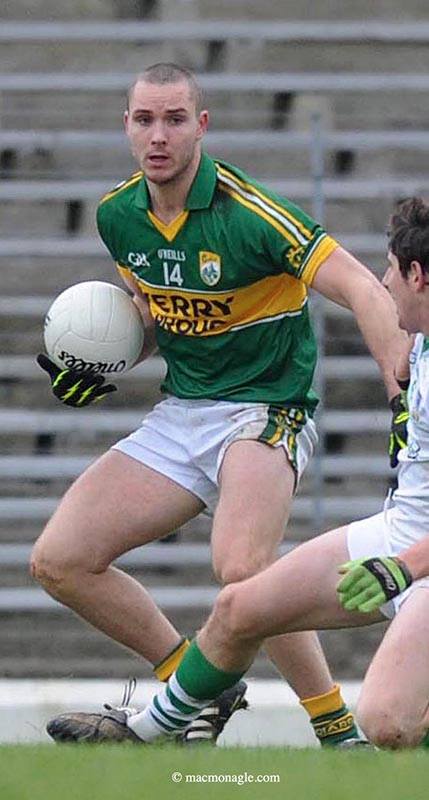 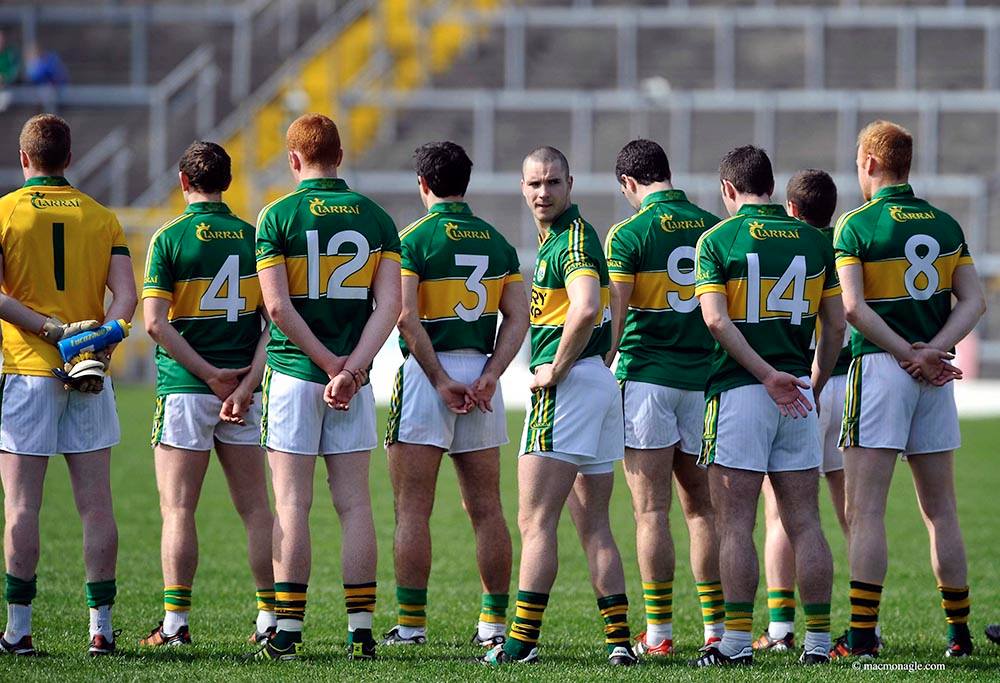 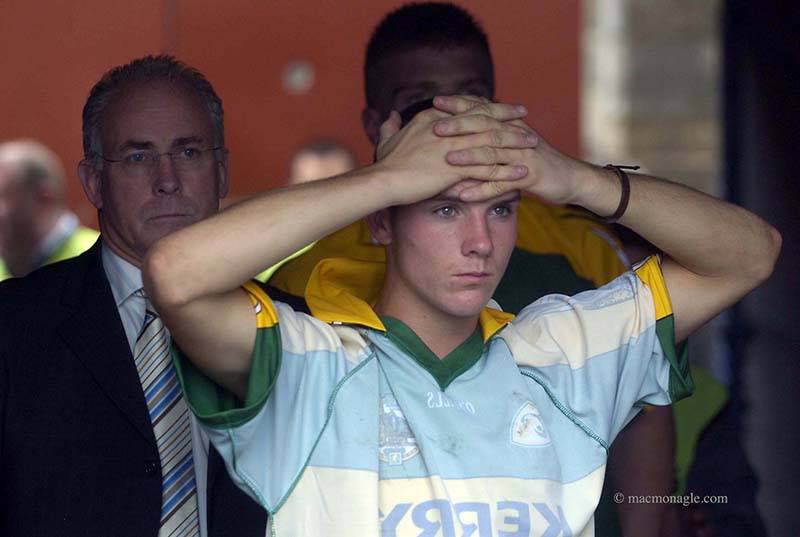 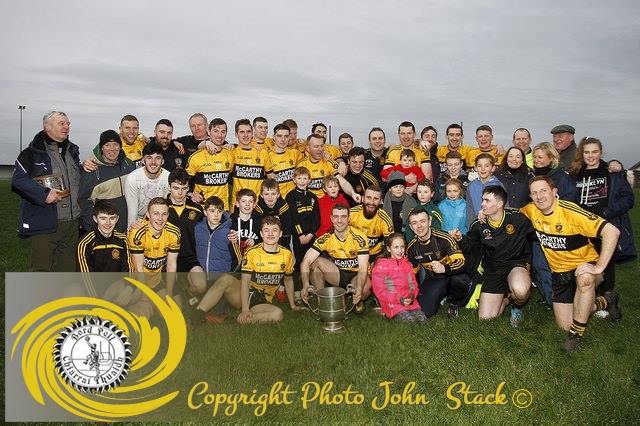 There are all sorts of things on youtube. Once in a while a little piece that is really beautiful comes along.

Below is a link to such a piece Denis Carroll made some years back. It’s a call to prayer called simply

Watch out for some Listowel faces and places.

Horse Fair, A Feale flood in the 1850s and a school crest