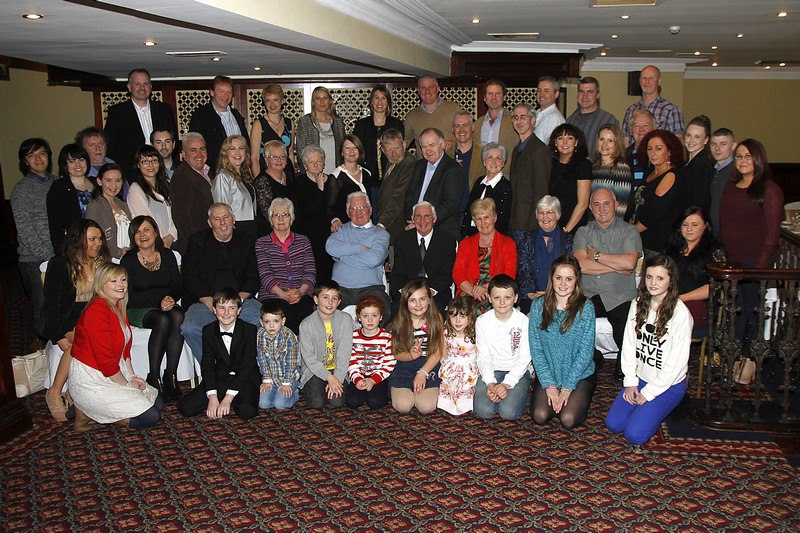 The extended Roche family who came originally from O’Connell’s Ave held a clan gathering at the Listowel arms at the weekend. I borrowed the photo from their website.

A fallen soldier with a Listowel Connection

Martin Stack of William St. sent me this very sad story. His father’s uncle was killed in battle at the very end of WW1.

“My fathers uncle John Stack was born in 1887. One of  12 children (3 died as infants). After a spell in the RIC he decided that it wasn’t for him, so he decided to emigrate to the USA where there were already 4 of his brothers and sisters there. On his arrival in Connecticut he was immediately conscripted into the USA Army. I have attached a letter that he sent home at the time, also attached are a photo of his group that he was attached to in France. (a practise that I was told to be very common to send a picture home and use the back as a post card) Also attached is the picture that the American red cross sent home of his grave cross. On further digging around I got his details:

The cemetery covers 130 acres and has 14,246 graves and this is only a fraction of the casualties that died in that offensive. The Battle of the Argonne Forest was the final major battle of WW1 Starting on 26th September until the very end of the war on 11th November. Casualties US 117,000 French 70,000 German 120,000 – staggering figures to put into context that is about three time the population of Cork city today.” 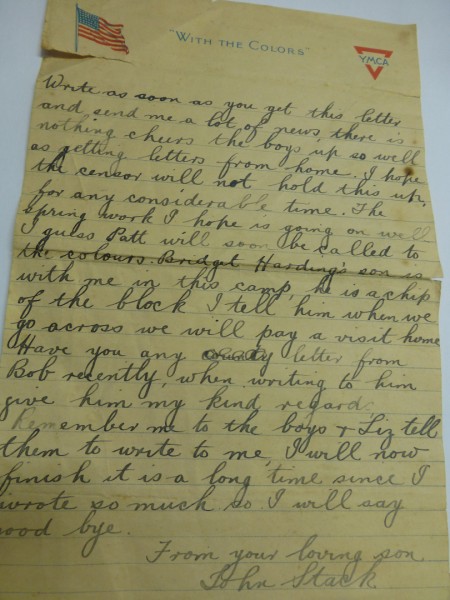 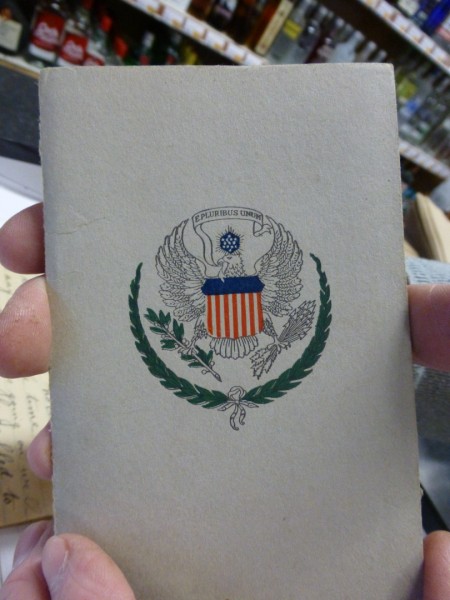 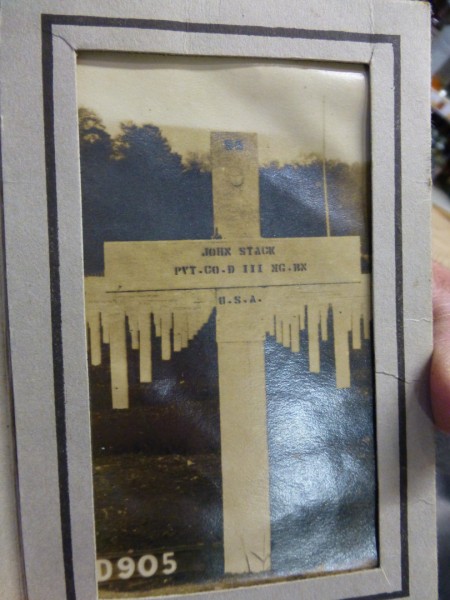 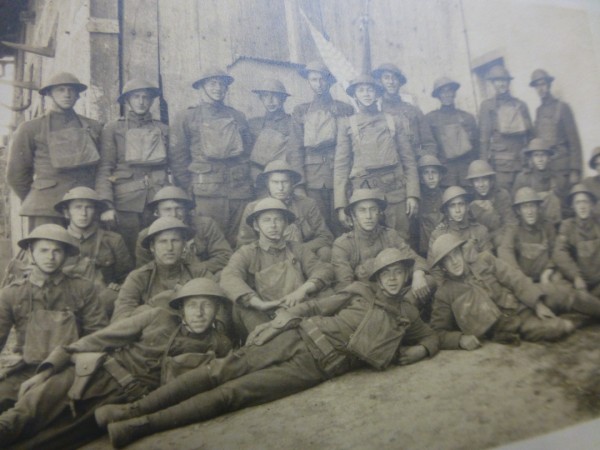 Martin cannot identify him in the photo as he did not indicate which soldier he was. They are all young men. It is so horrific to contemplate their fate. Few, if any, of them came home.

John Stack from Listowel was just one of the 117,000 US casualties of that one battle in the very late stages of the war. It brings hime to us the horror of war and what a deadly toll it took on families, including one of our own. 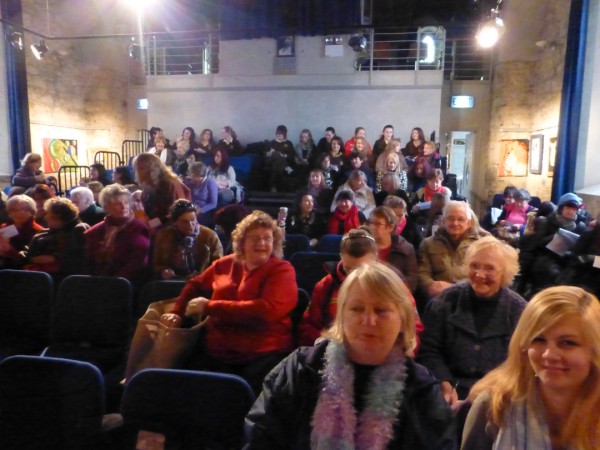 A section of the very large group of participants. 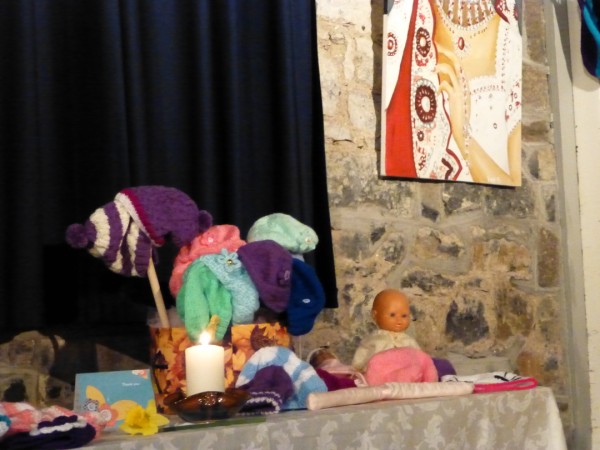 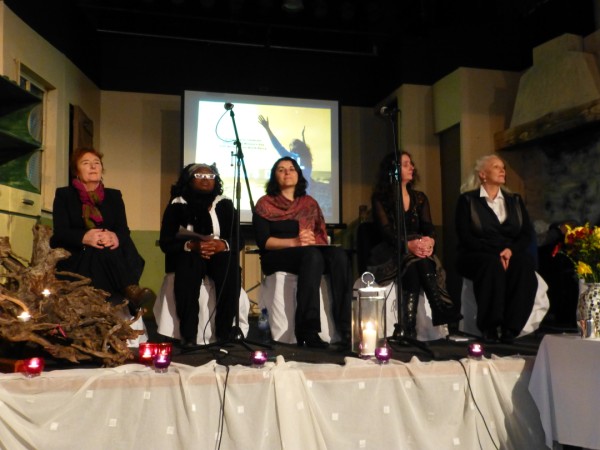 The panel of speakers 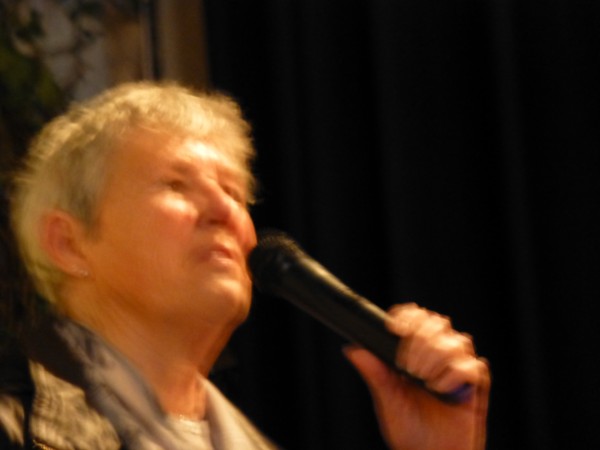 An extraordinary singer from Ballybunion was the star turn. 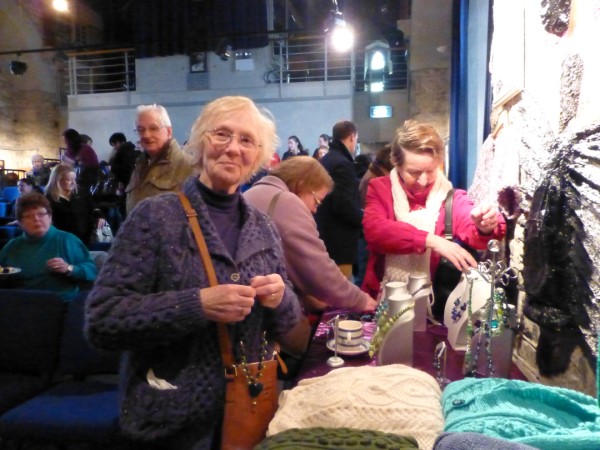 The very talented Mary Boyer was there with some of her jewelry and cards. 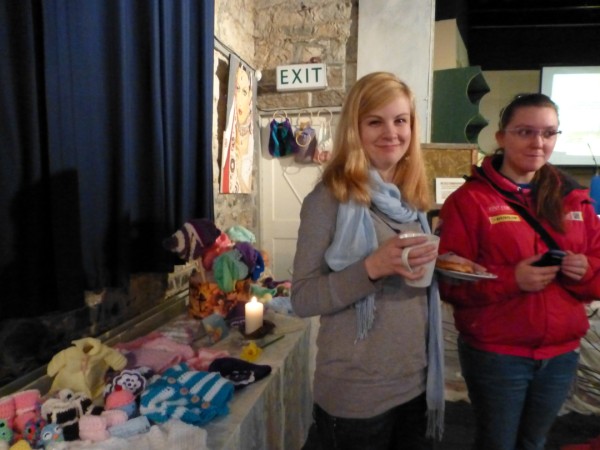 Another talented pair, Kelly St. John is a crochet designer and crafter. She is having a cup of tae with another of our younger KnitWits, Katie Heaton.

Jer’s video of the event is here

A few more old ads from my 20 year old magazine. 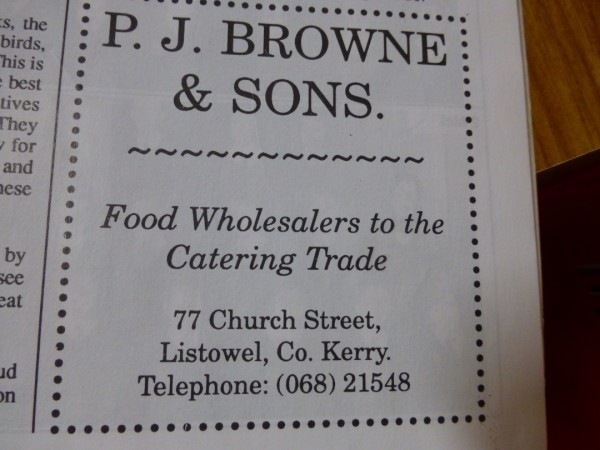 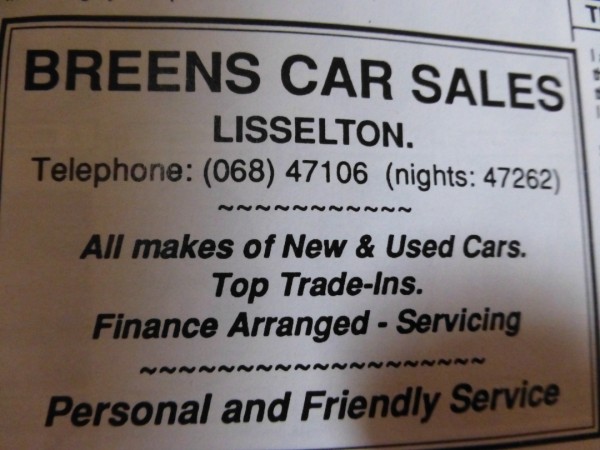 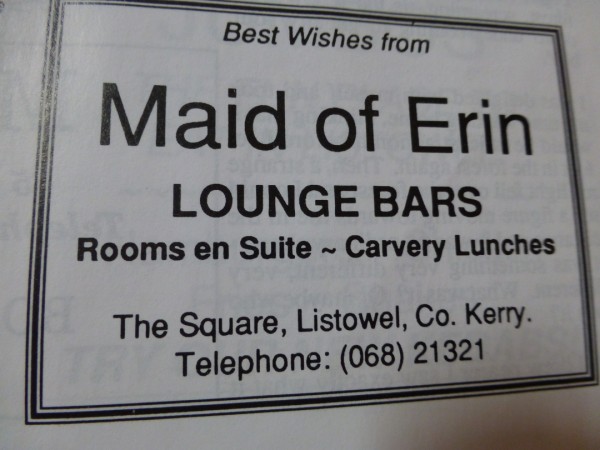 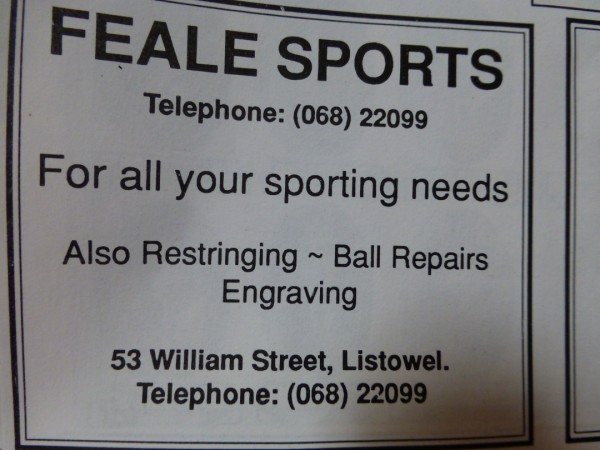 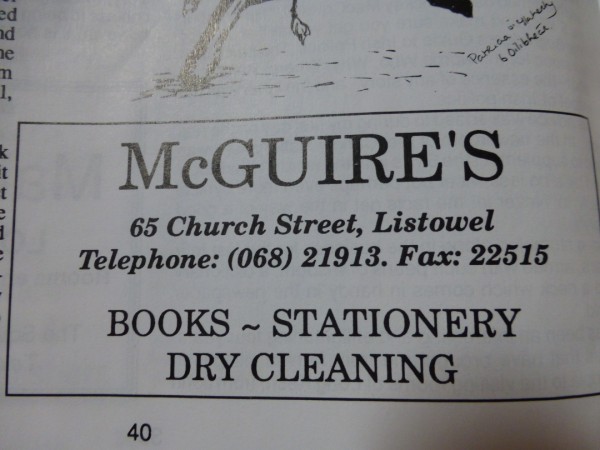 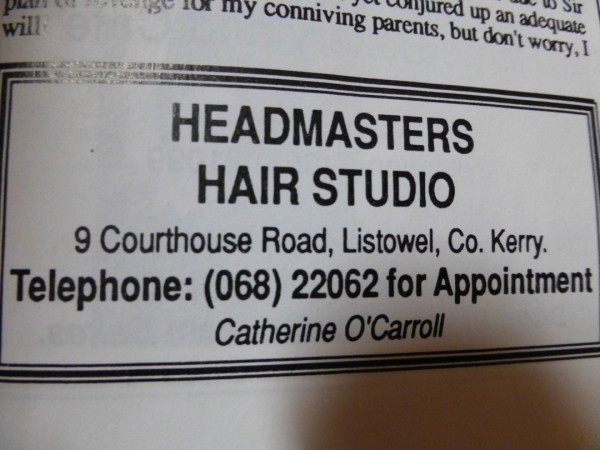 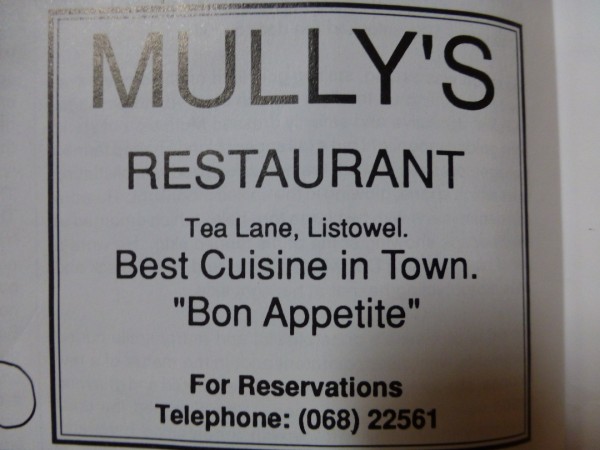 I bet you can’t even remember that some of these ever traded in town. How quickly we forget!

A twist in the tale

From Marie Shaw in the U.S. comes a new insight into the St. Philomena/Marie Goretti dilemma.

Have to give my take on the statue in the convent chapel.

As I remember, this statue of St. Philomena was in the middle of the church. Then, when the vatican took St. Philomena off the list of saints the plaque near the statue was changed to read St. Marie Goretti.

So, depending on when you went to school, the statue worked two fold. There has to be someone else still around who remembers that.

I was saddened to hear of the passing of two of the Presentation sisters who gave many years of service to Presentation Secondary School, Listowel.

Sr. Eithne gave me my first job in the school when I came to Listowel in 1975. I found her firm but fair. She saw her job as getting the best result possible for her students and in this she succeeded admirably.

Sr. Gemma was characterized by gentleness and kindness. She and Jim Cogan became good friends as they soldiered together in the area of career guidance. She was compassionate and unfailingly ladylike.

(may they both hear the music of angels eternally)