Seán Hayes and the Listowel Connection 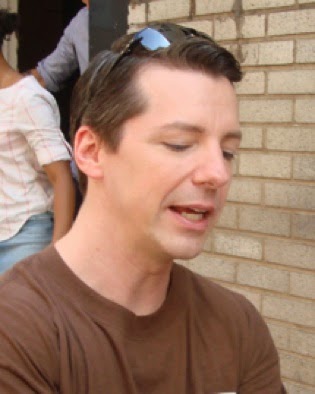 This is the U.S. actor, Sean Hayes who will be familiar to followers of Will and Grace. 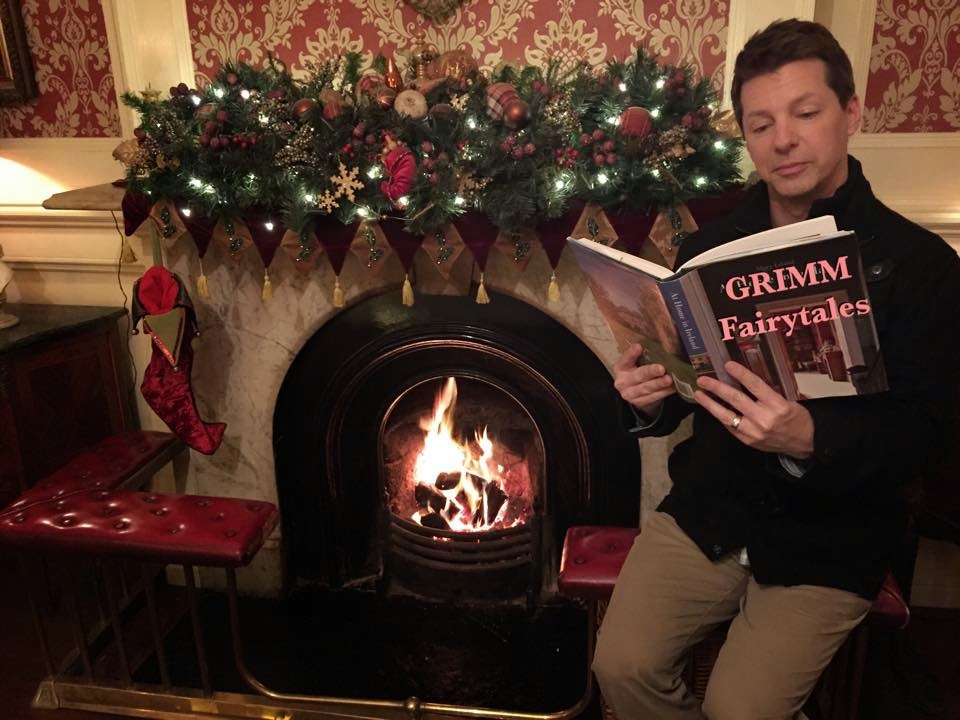 This is the same Seán Hayes in The Listowel Arms during filming for the U.S. version of Who do You Think You Are. Genealogists traced hi ancestors to Ballylongford. The episode will be screened in the U.S. in February

The story comes from Limerick Life

This is one of the saddest and most
hidden graveyards in the city, it is located behind the Watchhouse Cross
development on the Killeely Road. It is known locally as “The Paupers
Graveyard” or “The Yellow Hole”. In 1841 on construction of the Union
Workhouse, now St. Camillus’ Hospital a burial ground was required for those
poor departed souls who were left without means or family, for a number of
years the inmates were buried in Killeely Graveyard, Thomondgate. As the famine
years grew longer and the graveyard became overcrowded the concern of health
risks to the local inhabitants arose.

In 1849 the Union Workhouse Board of Guardians leased the plot
of land to become known as St. Bridget’s Graveyard, this site had previously
been occupied as the remains of a ringfort, some of which can still can still
be seen today to the right of the large cross on the hill. The presence of this
ringfort, which would have been known in the 1850s up until relatively recently
as a “fairy fort” would have had many superstitious connotation for
those living in the area at the time.

The graveyard acquired is name “The Yellow Hole” as during the
height of the Great Famine when the graveyard was in use multiple burials were
a daily event. Large holes were dug to accommodate the dead. The area was a
boggy one and below the suface of the boggy earth was a deep band of yellow
mud, which is common in boggy areas six to thirteen feet below the bogland.
Quicklime was probably used as a disinfectant and means of speeding up
decomposition. Each layer of bodies would be concealed under a shallow layer of
earth, with later burials laid on top of earlier ones. This mixture of
quicklime and decomposing bodies would also have caused a yellow soap-like
substance at the bottom of the pit.

During the early years bodies were laid coffinless in rows of
six dressed in sacking cloth. There were as many as 500 people a month buried
at the height of the graveyards use, and over 5,000 people are thought to be buried
in the graveyard. The last known person to be buried there was in 1940. Over
the years the graveyard became derelict until the Limerick
Civic Trust in 2010 cleaned up the site and erected a new cross.
They also planted wildflowers on the site, making it a peaceful sanctuary.

Michael Hogan “Bard of Thomond” was greatly effected by the site
of the unfortunate souls who found themselves in the workhouse and ultimately
in St. Bridget’s Graveyard a fate which he himself only narrowly escaped. This
is a snippet of his poem of the famine era in Limerick.

Michael
Hogan, The Bard of Thomond

When the plague-fraught air was
riven

With the sound which harrowed heaven,

Of a famished
people’s cry…

.. In a place
of shadows sunless,

Yet not wholly
wrapt in gloom…

.. All my
heart, with horror shrinking

On a
thousand dread things thinking,

I advanced- each footstep sinking 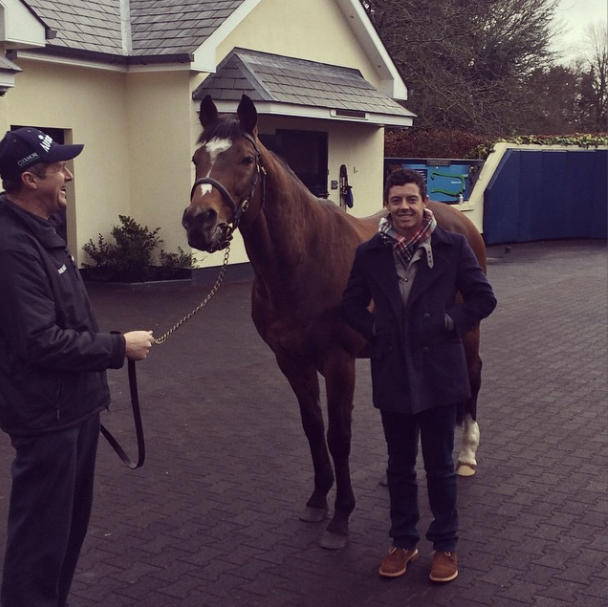 Rory McIlroy posted this photo from his visit to Coolmore Stud. He is pictured with Galileo. 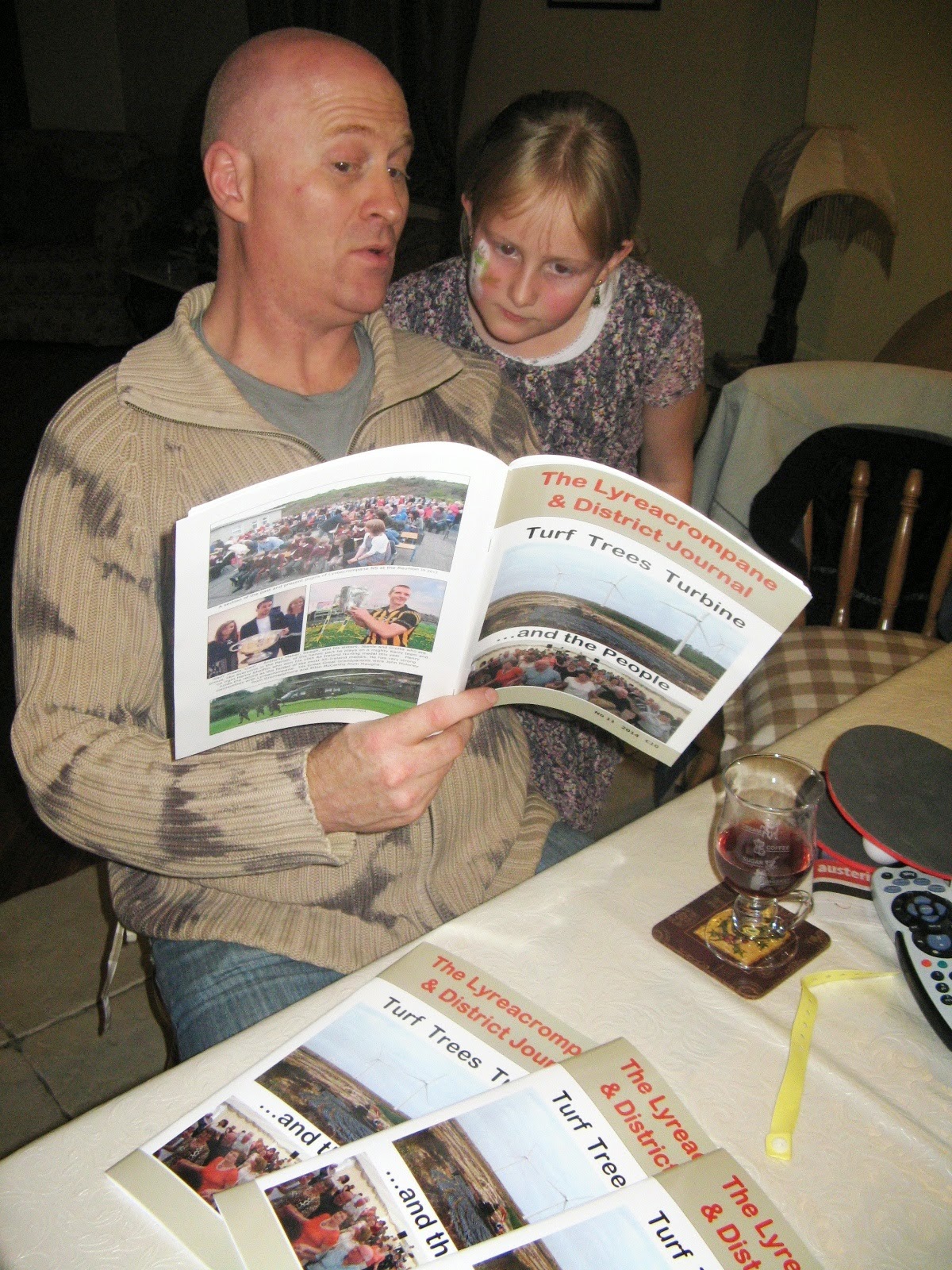 Anthony Lawless and Caoimhe reading the Lyreacrompane and District Journal 2014.

This is one of the many invaluable publications that come out every year at this time. These magazines are full of local social history, photos and anecdotes. They are an invaluable source for local historians and the people who toil on them do great work in preserving an account of what our lives are like today and how our forefathers fared in time gone by. They deserve our support. So go out and buy The Ballylongord Journal, The Ballyguiltenane Yearbook, or one of the many great books out there.

The Advertiser is free and the Christmas edition is a great record of the year gone by.

Happy Christmas to all my fellow local chroniclers. Bail ó Dhia ar an dea obair in 2015.