The final installment of Kay Caball’s history of Childers’ Park.

In 1966, Listowel Urban Council, still striving to finally put the Cows
Lawn in public ownership and also to provide a Town Park for the residents,
opened negotiations with the ‘Cow Keepers’ to purchase their shares. On 23
August 1965 the following Shareholders were offered £200 per share:

All signified their agreement but at that point problems with the legal
conveyance arose. A barrister’s opinion supplied by William A. Binchy (father
of Maeve Binchy) dated 10.10.1965 spelled out the ‘defect in the title of the
land in question’.

Because the ownership had been vested in so many different
titleholders, some now deceased, his opinion was that the best and indeed only
way forward was a Compulsory Purchase Order.

The Compulsory Purchase Order was effected on 14 April 1966, the Urban
Council borrowed £4,300 from the New Ireland Insurance Co., to pay for the
acquisition, which they later recouped by selling a small section of the road frontage. At the same time the very distinctive
Danaher’s Lodge, now called the Dandy Lodge, a nineteenth century cottage which
had been the gate lodge to the manor and was identified as the first house in Bridge Road in the Ordinance Survey map of 1887,19 was
moved stone by stone across the road to the new entrance to the Park. The Town
Park, now known as Childers Park is in public ownership, used on a daily basis
by the people of the town with pitch & putt, rugby, soccer, a children’s playground
and Community Centre.

The highlight of the  development of the Lawns is the Garden  of Europe.
In the wooded area which had  formerly been used a town dump, the  council, with
the help of local voluntary associations initiated the planting of the  Garden
of Europe, now regarded as one of Listowel’s hidden treasures. It contains more
than 2,500 trees and shrubs from all European countries. It also contains
Ireland’s only public monument to the memory of the millions who died in the
Holocaust. The focal point of the garden is an impressive bust of the poet
Schiller. Schiller’s ‘Ode to Joy’ set to music by Beethoven in his Ninth
Symphony is now the official anthem of the European Union.

‘Ode to Joy’ expresses Schiller’s idealistic vision of the human race
becoming brothers, a vision also shared by Beethoven.  Surely it is a fitting
conclusion to the long drawn out struggle of the people of Listowel to be
masters of their own destiny, to walk  their ‘own’ land and enjoy all the
facilities  on offer in their ‘Town Park’. As this research shows, It had taken
from the middle of the twelfth century, firstly with the Fitzmaurices, then the
Hares as overlords, to reach a conclusion where the tenants and dispossessed
were ‘brothers’ rather than serfs.

I am very grateful to Kay for sharing this with us. She has done us all a great service in documenting this fascinating piece of Listowel history.

Below are some of the facilities available in the Cows’ Lawn to the people of Listowel today. 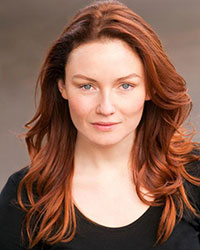 Did you know there’s an Irish actor in the popular
TV soap Home and Away?

Irish actor Alison McGirr, from Co Carlow, landed
the role as Molly Brenner and has been appearing in episodes of the show in
Australia since August of this year.

She started appearing in episodes broadcasted in
Ireland in recent weeks.

McGirr, whose great-grandparents were from Ireland,
was herself born in Australia but moved back to Ireland with her family 1996
where she attended Tullow Community School in Co Carlow.

McGirr is engaged to fellow actor Sam Atwell, who
is best known for his role as Kane Philips in the TV show.

Home and Away is watched by an estimated 150,000 Irish
people on RTÉ everyday.

Do you remember yesterday’s first hand pictures from New Jersey? They were shared with us by Marie Shaw and she wrote this account of superstorm Sandy.

Fortunately I was not in the thick of it. I live in Manchester, NJ about 13/15 miles inland from the coast. Most of those pictures were taken from the block behind my son’s home in Belmar, NJ.

As I am sure you have heard in the media, the devastation on the coastline from lower Manhattan and all through the Jersey shore to Atlantic City is horrendous. A quarter of a million people in lower Manhattan without power which means no water, no heat, no cooking facilities. Over one hundred  homes in Breezy Point NY burned to the ground. Miraculously, nobody perished in the blaze.Rockaway Beach, NY (affectionately known in the old days as Ballybunion USA) just a memory of what it once was.

The entire Jersey shore has been wiped out with hotels, private beachfront homes and miles and miles of boardwalk gone. So many families homeless in the aftermath, so many lives ruined by the wrath of mother nature.

When, as a child back in Listowel, we would experience a storm, the older people would talk about “The night of the big wind” I had no idea what the fuss was about but I certainly do now. I have never heard such gale force winds. Up to 80 miles an hour, windows shaking, trees uprooted and flashing lights in the sky. The flashing lights we found out later were transformers exploding.

Incredibly, only about forty lives were lost and most of those were people who refused to follow orders to “Stay inside your homes” and ending up being struck by falling trees and live electrical wires on the ground.

Most of us (The Irish in partulicar) have always had an ongoing romantic affair with the sea but we are all realizing that the sea and nature in general can turn on us in an instant and many can be left with broken hearts and broken lives.

On a happier note, as the sea grows calm once again, the attached picture shows that everything has it’s time and place and tonight we feel that God is still in the heavens and all will be right with the world once again.

Still standing in the midst of the devastation ay Breezy Point New York. 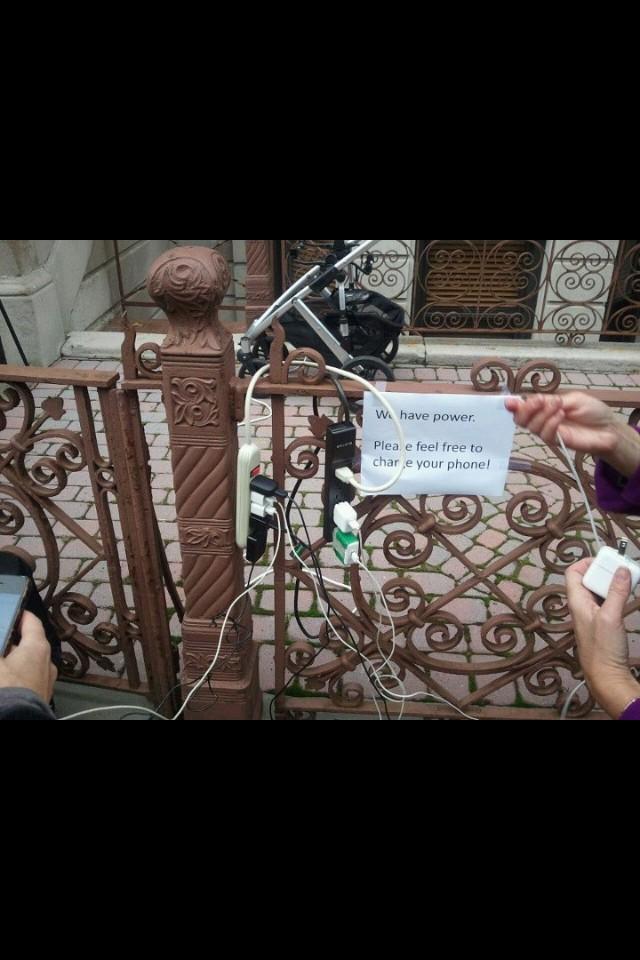