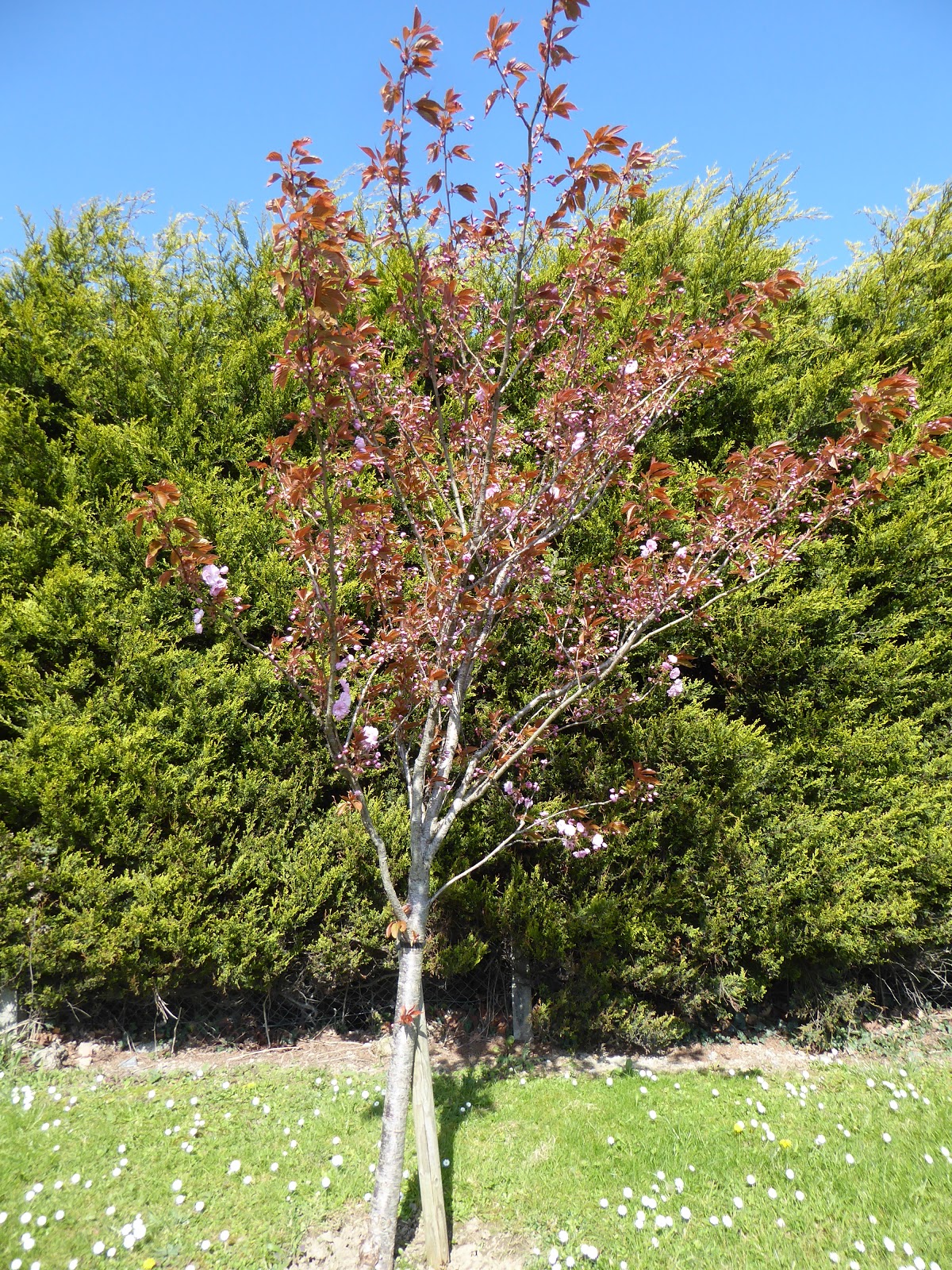 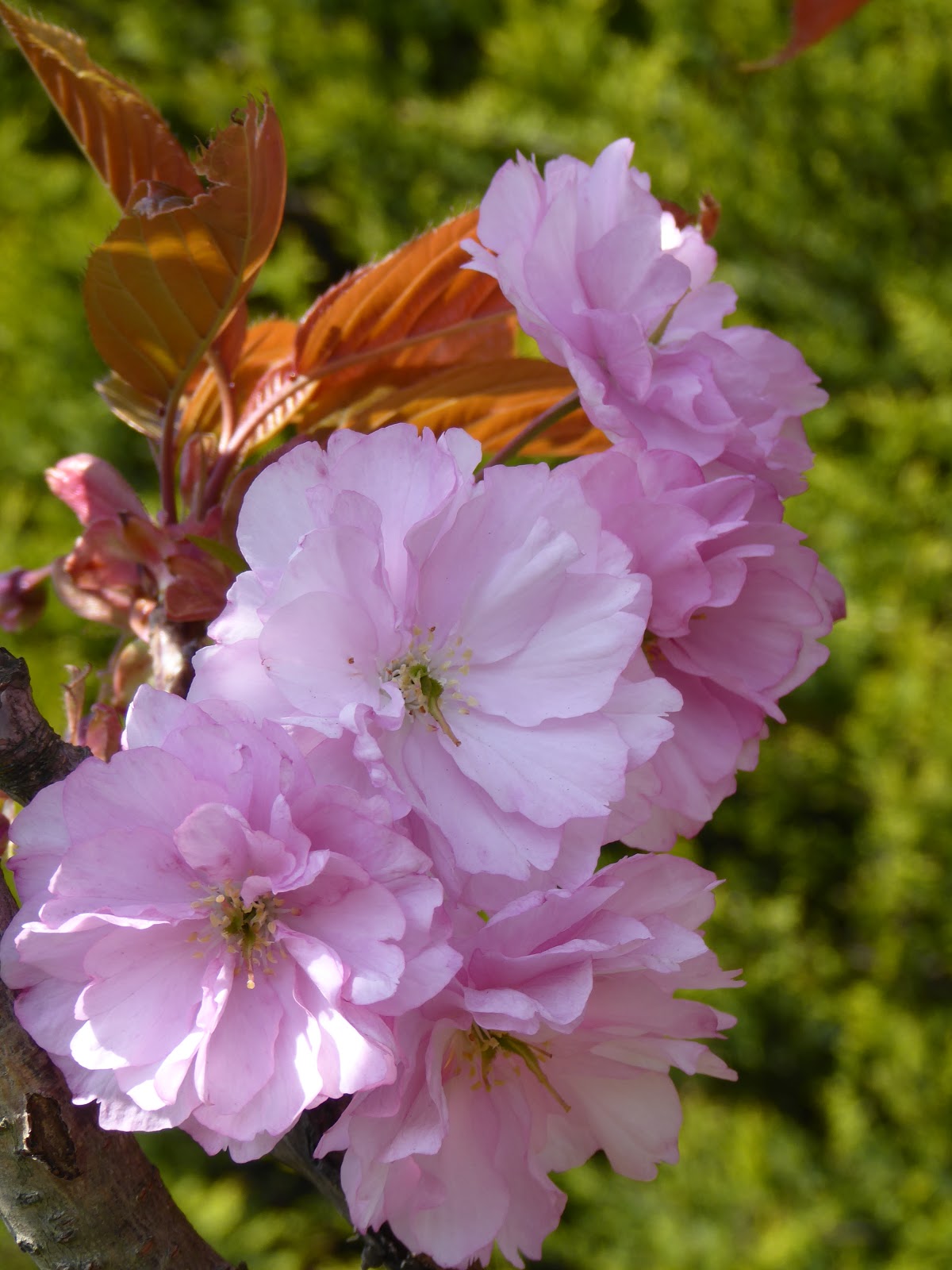 Looking to The Future 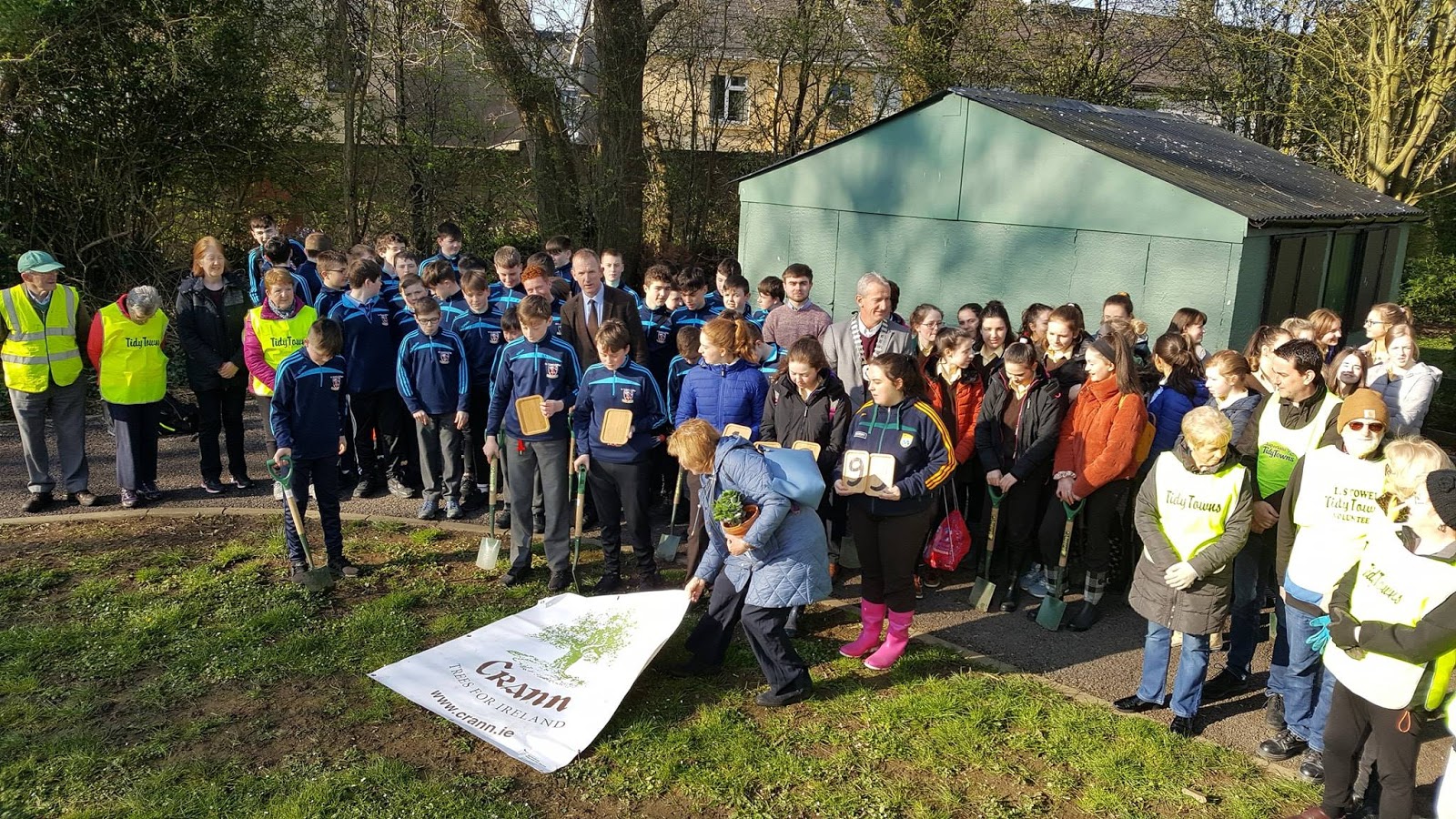 Friday April 5 2019 was a very significant day in Listowel’s history. In an initiative from Kerry County Council and facilitated locally by Listowel Tidy Towns Group, young people from Listowel schools planted 420 saplings in and around Childers’ Park. All the trees are native Irish species. Future generations of Listowel people will enjoy this important legacy. 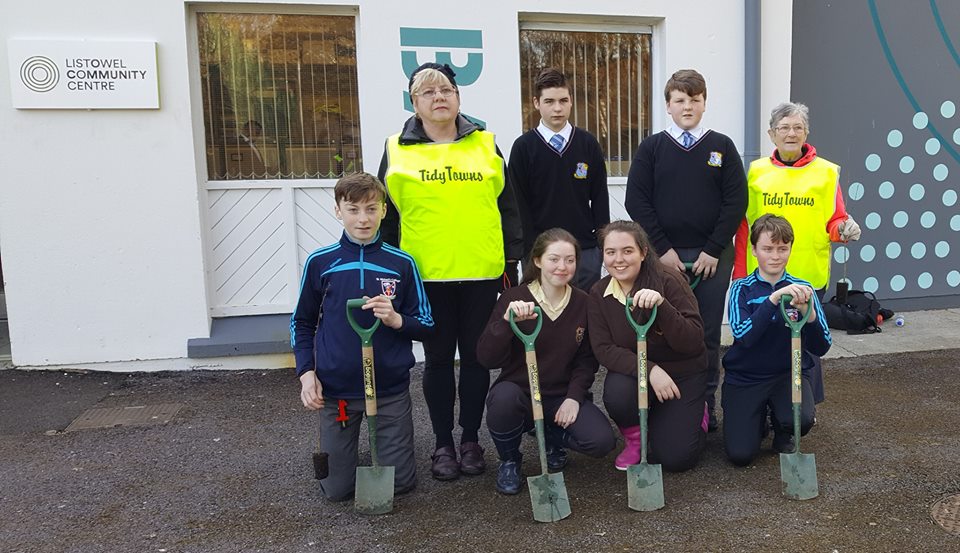 Hard working Tidy Towns’ volunteers Imelda and Bridget are the school liaison officers. They are pictured here with some of the Junior Tidy Towns’ Group before the tree planting.

For those who have been following this story which began back in 1942 we are now in the 1970s and the headline writers are having a field day. Everyone seems to be about to lose patience with the saga when eventually a solution is reached , a site acceptable to everyone is secured and the toilet built.

Thanks to Dave O’Sullivan for the research. 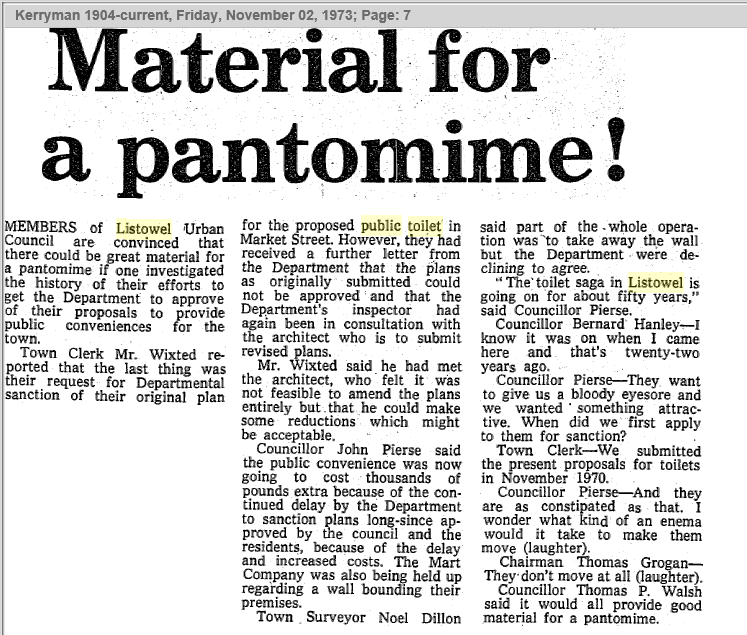 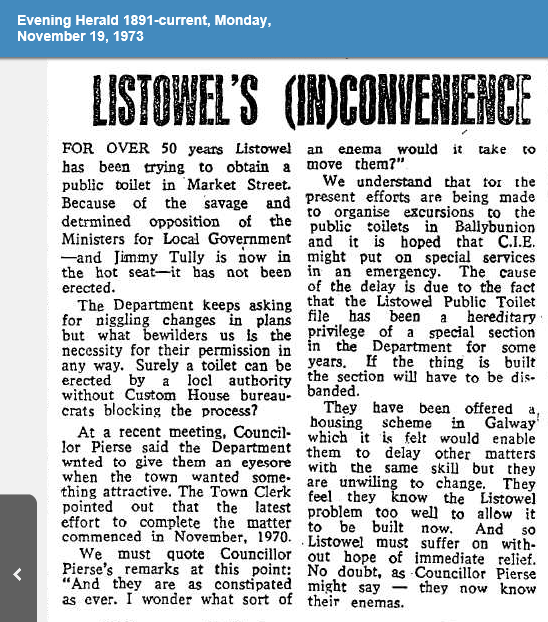 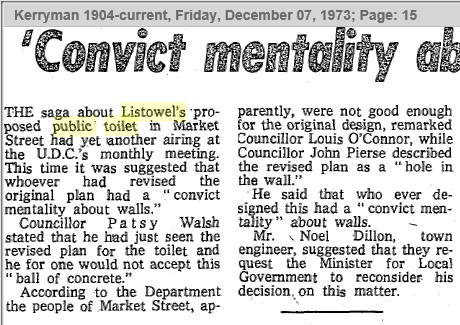 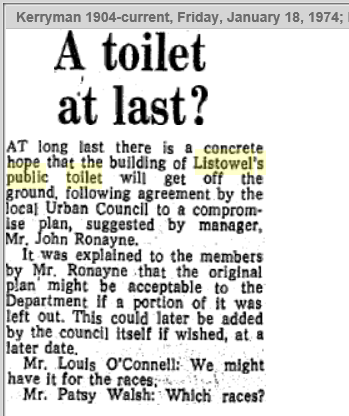 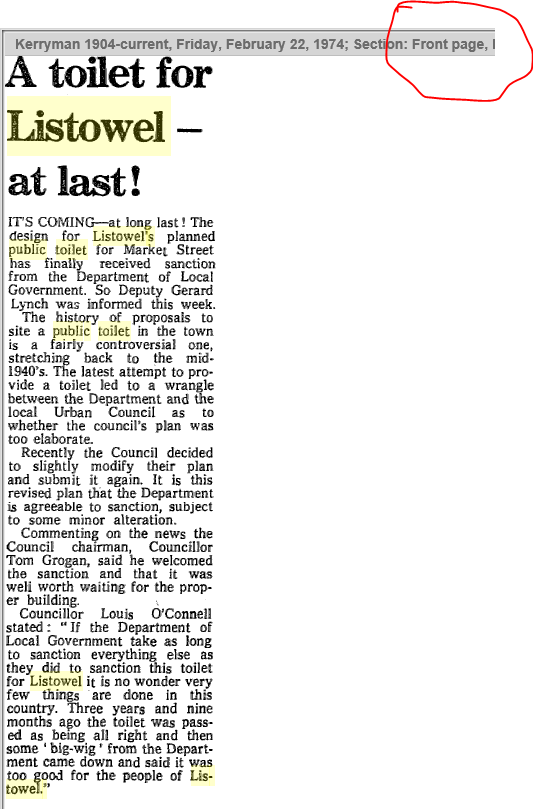 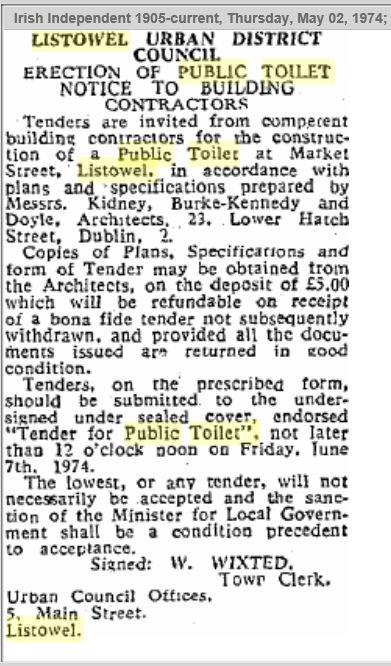 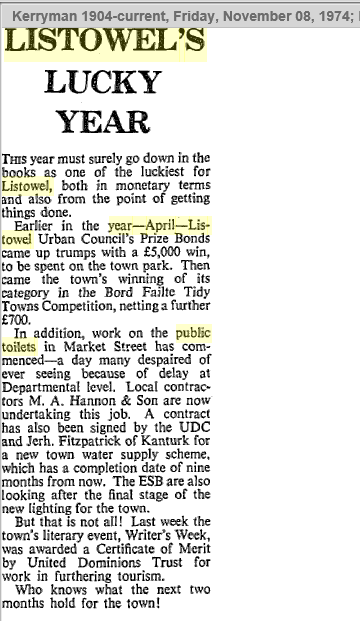 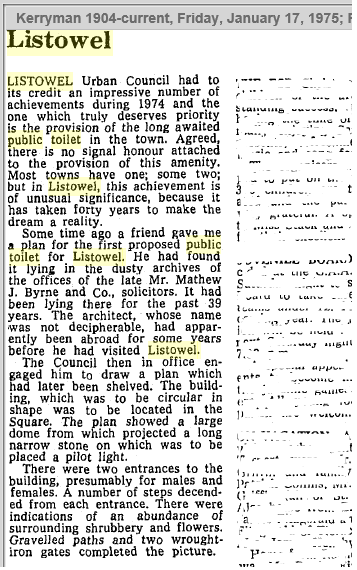 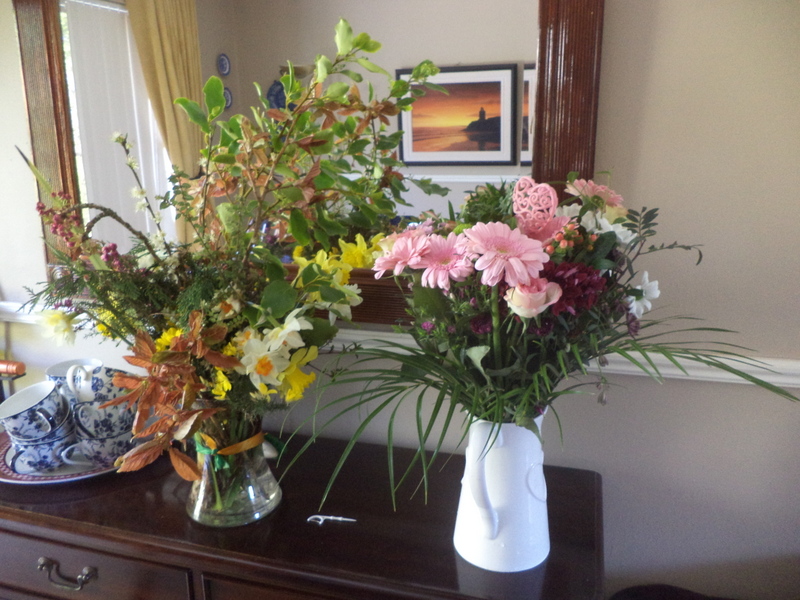 Flowers on the right travelled many miles across Europe to a hall table in Knockanure. The flowers on the left came from outside the window.

The traditional horse fair has morphed into a street fair. You could buy just about anything from a needle to an anchor on Market Street on April 4 2019.

Here are a few snapshots of the fair. 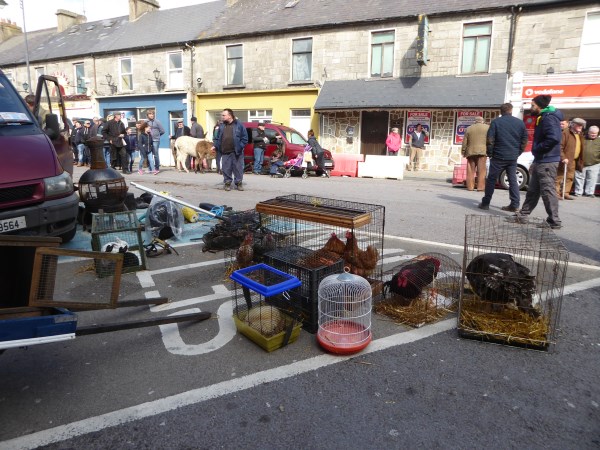 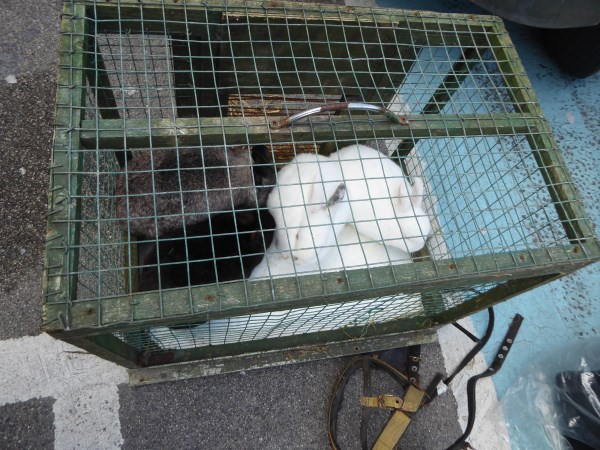 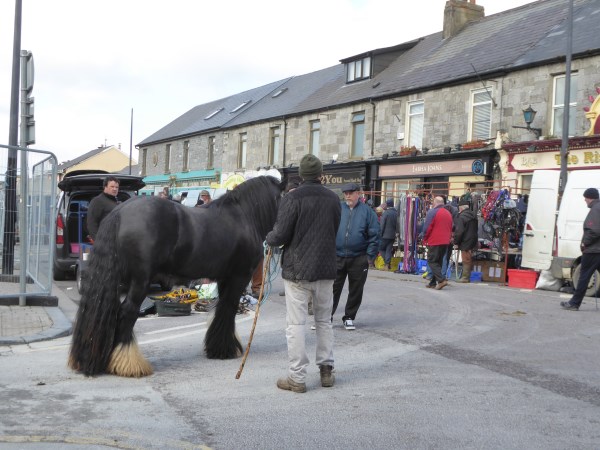 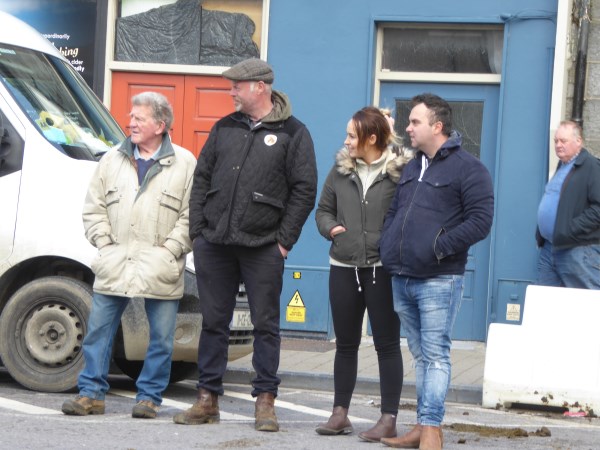 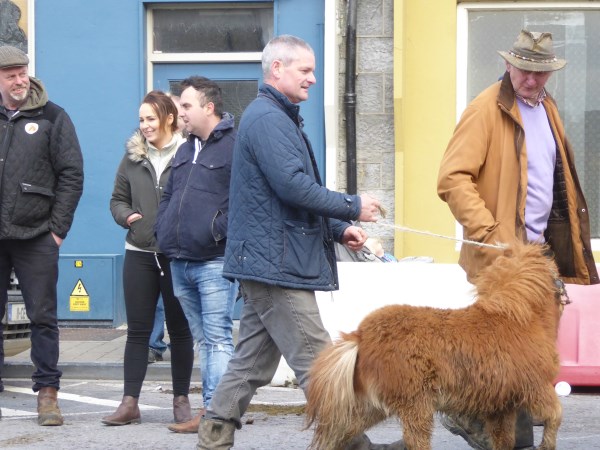 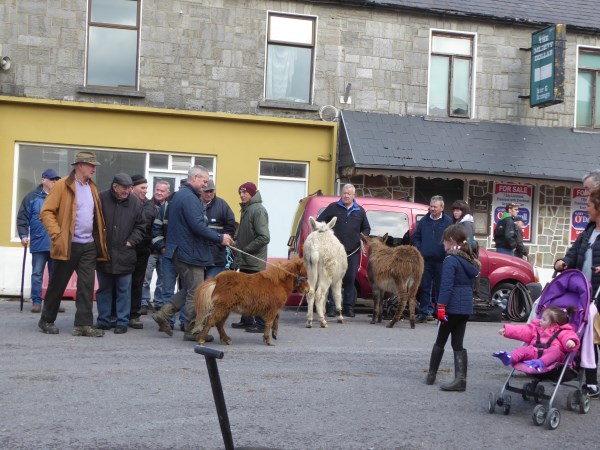