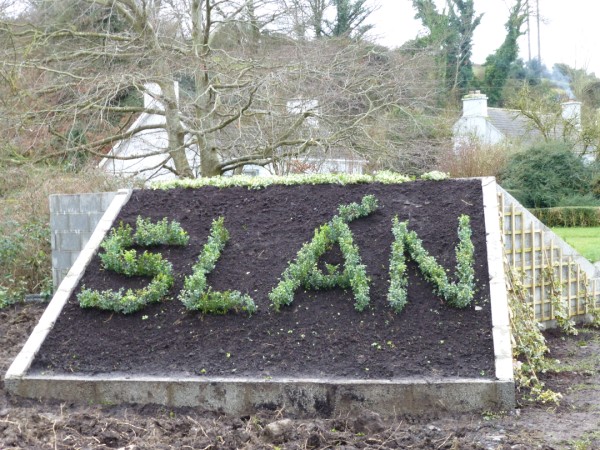 This is the lovely new sign that bids you farewell as you leave Listowel on the road to Tralee. 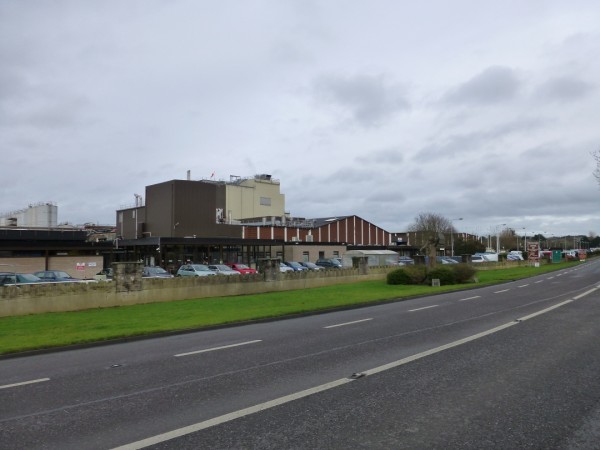 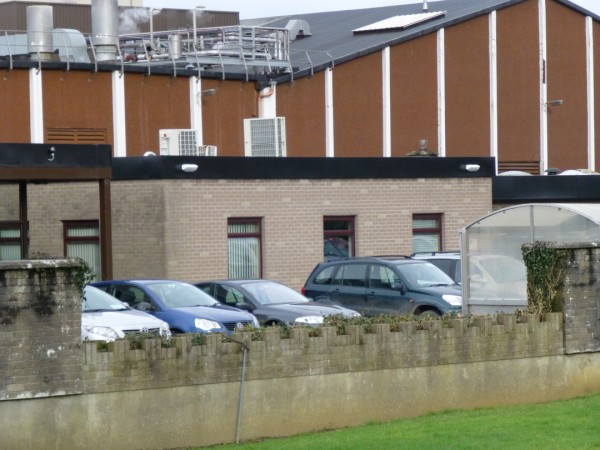 There used to be a hedge on this wall. It had suffered frost damage and was removed recently. 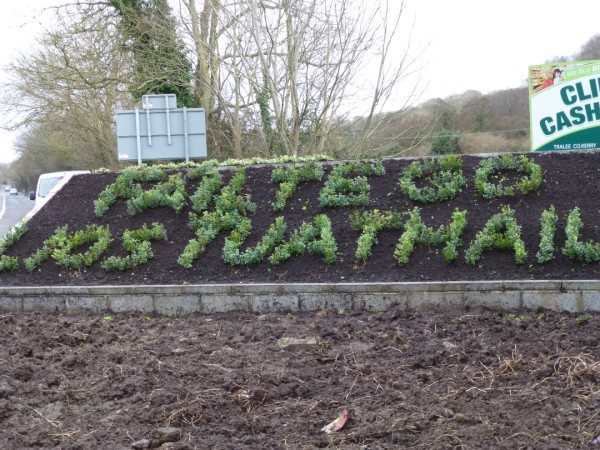 This says Fáilte go Lios Tuathail. You get a better view from a vehicle than on the ground. 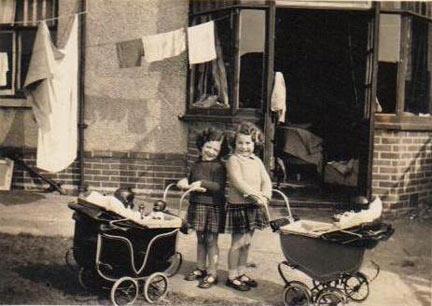 Lucky girls! When Santa brought me a pram just like those ones, he left a note telling me to share it with my sister!!!!!!

This account of apprenticeship was first published in Seanchas DughEalla

At the age of 16, I was apprenticed to a carpenter in Rathmore County Kerry. This was a long three
and half years in Inchabeg in Co. Kerry. I remember well my first day in the
workshop. I was amazed to see all the tools of my future profession, augars,
wood planes, chisels, saws and an array of other tools and instruments I had
never seen before. The first lesson I was taught was how to make all wedges and
dowels for cart wheels. At the time there were no motor cars or lorries and the
only means of transport were horse-drawn carts, traps and side cars. Some people will remember, the side car and
trap were the principal means of passenger transport at the time. To make the
wedges and dowels we used a long handled chisel and the first month was taken
up doing this, I well remember my bruised and blistered shoulder from pushing
and leaning on the chisel.

The next part of my training was to paint the carts and
wheels with red lead mixed with boiled linseed oil. This job was always reserved
the young apprentice. After a while I was shown how to plane the shafts for the
cars and use the draw knife to shape them.

By this time I was familiar with most of the tools such as
the hand lathe, for turning the wheel stocks. This was probably the hardest job
I ever had to do. I used the adge for shaping the fellows and the draw knife
and spoke shave for shaping the spokes. The trammel was used for defining the
circle and height of the wheels. Apart from the steel band the wheel was made
entirely from wood, oak and elm which was bought from Leaders Forest, Dromagh.

We were also taught to make tables, chairs and dressers and
coops in the workshop. I left home at six o’clock on Monday morning and walked
the nine miles to Inchabeg, returning
home again on Saturday night after work. It was a long hard 6 day week. Rising
at seven o’clock and finishing work at 7 PM there was no pay during my
apprenticeship, except for a half crown
at Christmas. This corresponded to 12 1/2 pence in today’s money. In addition my father had to pay my
master £12 to cover my training. How
things have changed! There were no holidays, apart from one week at Christmas.

During the week I stayed at the Mulcahy’s house. There were
two other apprentices and the three of us shared the same room and the same
bed. The other two were Denis Tucker, Ballydaly and Arthur Tarrantt, Ballydesmond,
both of whom have now gone to their reward. We went through tough times
together but the fact that the three of us were such great friends made life
that bit easier.

We started the day by washing in the Abha na Sciortán, which
flowed by the back of the workshop. There was no soap and our towel was a flour
bag. Our breakfast consisted of home-made bread, butter and tea, and a mid day
meal of potatoes, bacon and cabbage, or turnips, and a supper of home-made
bread, butter and tea and sometimes an egg. After supper, we occasionally went
roving to neighbours houses, to the O’Donoghues or the Caseys, where we heard ghost stories and fairy
stories and stories of haunted buildings. We had no money for pubs pictures or
dances.

The first four months we spent in the workshop, then we
moved on to housebuilding. This comprised of cutting and erecting roofs, making
doorframes, doors window frames and sashes and stairs. All were made at the
owner’s premises. While doing this work, we frequently stayed with the owner of
the house. We travelled in a pony and car, usually within a radius of 6 to 8
miles from Rathmore. I remember that at the time we never ceiled a kitchen. The
joints were planed and meat hooks were attached to them to hang the home cured
bacon. After three and a half years training in all aspects of woodwork and
carpentry, the big day arrived when I received my indentures. This document
confirmed I was now a fully qualified carpenter, free to work and earn my
living. It was the beginning of a career which spanned over 50 years in the building
industry and during this time I have witnessed many changes in the trade and in
the country.

For a trip back to your schooldays click the above link. 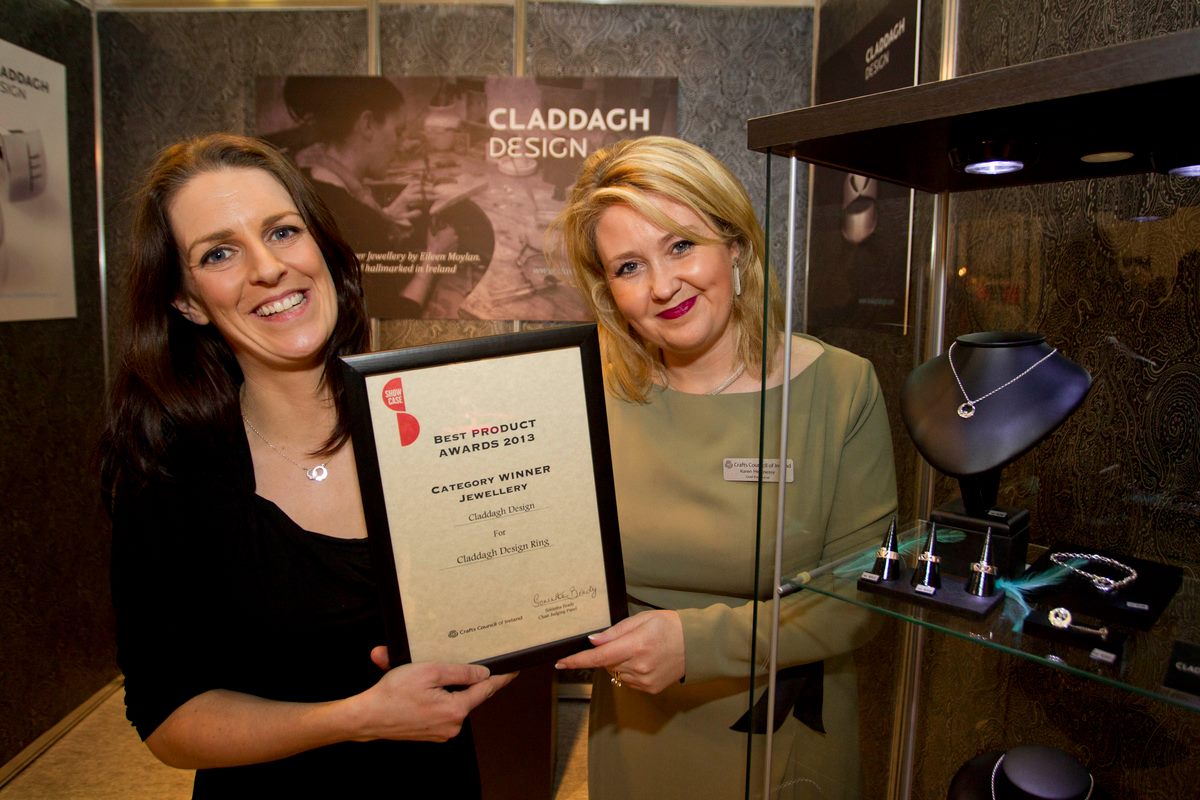 While I made my slow progress to Tralee yesterday morning, I took a few photos while stuck in traffic. 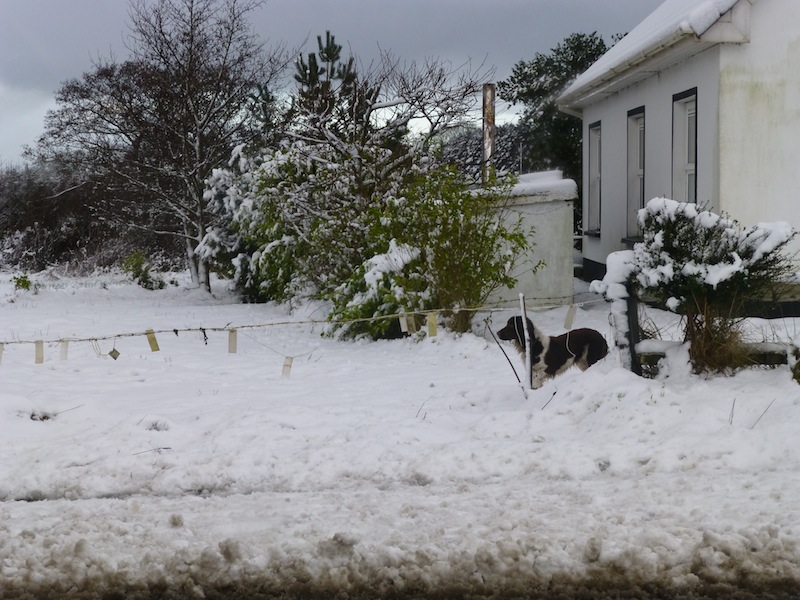 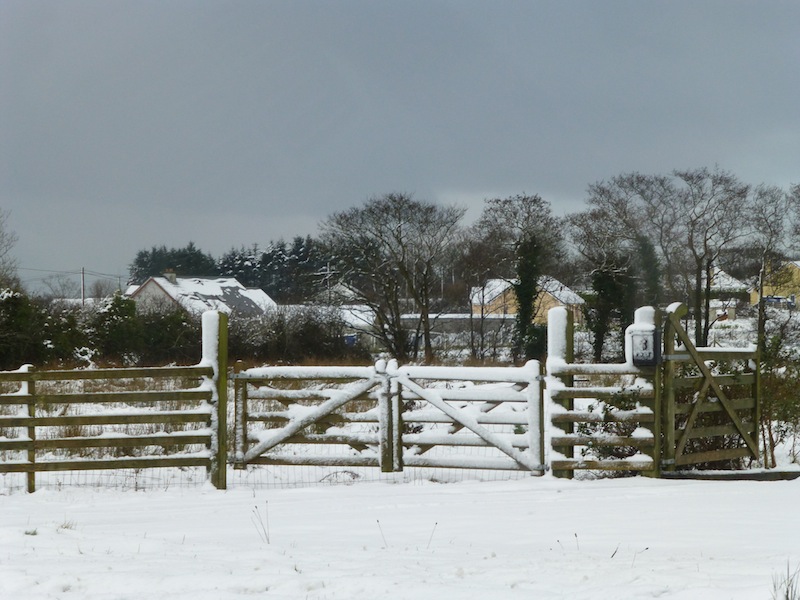 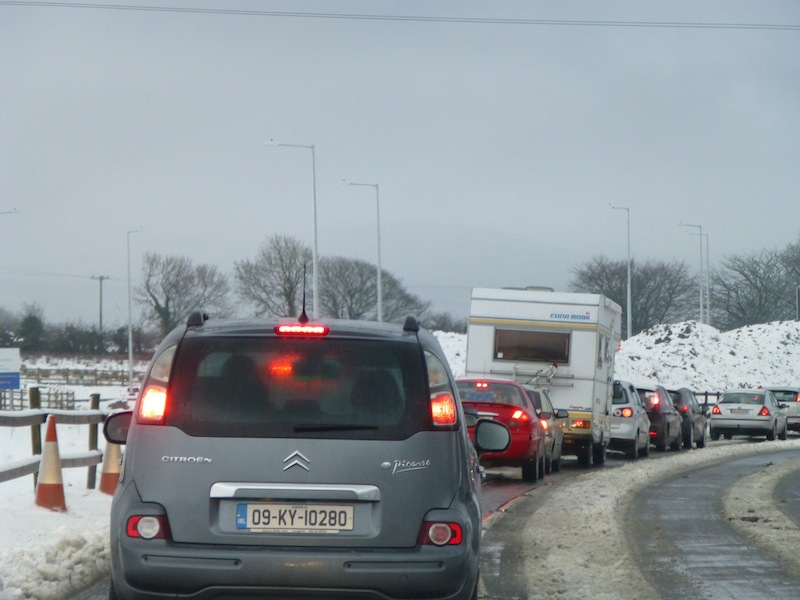