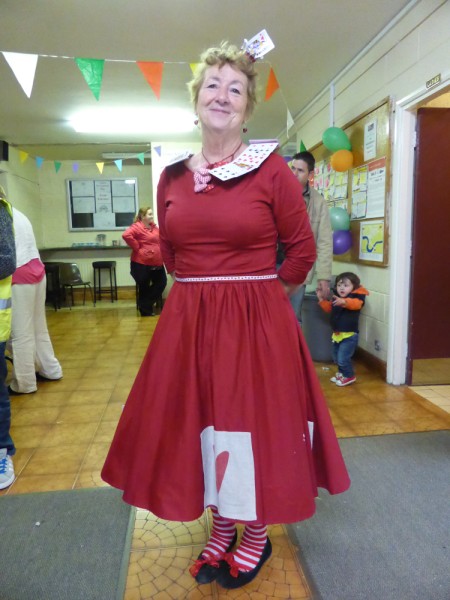 Above is Liz Dunn in her Alice in Wonderland costume for The National Children’s Literary Festival at Writers’ Week 2015.

I have reached the conclusion that retired English people, some of them with no Irish blood in them, are the salt of the earth in many Irish rural communities. I encounter English people and hear English accents in every organization I join. Some are here because they have fallen in love with an Irish emigrant but many, like Liz, have fallen in love with Ireland and the way we live here. Many have become “more Irish than the Irish themselves.”

Liz Dunn of Athea is the human dynamo behind The National Children’s Literary Festival at Writers’ Week. I have seen her work throughout the year as she led a committee of volunteers to the great festival that was the children’s programme at this year’s Writers’ Week. She, literally and metaphorically, rolled up her sleeves and got to work. She always went the extra mile. I could exhaust every cliché for hard work and I would not have got to the essence of Liz.

She, with the help of a committee and children’s co ordinator, Maria McGrath, put together the programme for the festival. Then Liz got to work selling it. She drove around the countryside distributing brochures, she visited schools, made countless phone calls and she networked like billy-o. All of this before the festival began. It was then she came into her own in earnest.

Liz lit up Listowel Community Centre with her cheerful good spirits, her bustling motherly presence and her unfailing courtesy and patience when these qualities were wearing thin in others. Liz’s childlike enthusiasm for every single event and her relentless positivity were infectious.

Will we ever forget her “festival wardrobe”? Liz was the Queen of Hearts or The Snow Queen as the occasion demanded. As soon as she donned her costume (designed and made by herself) she entered into the role and carried it off with energy and credibility. 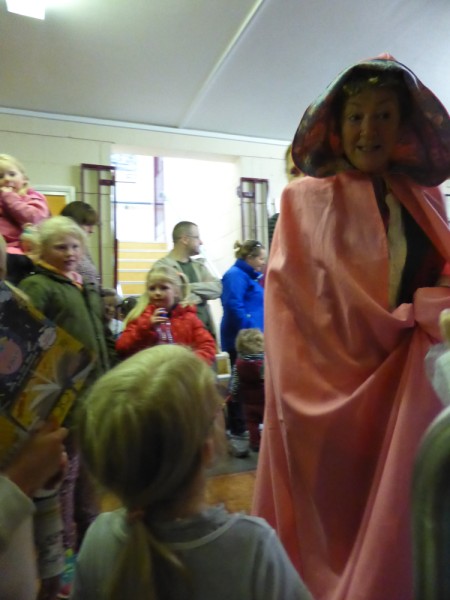 Liz was usually the first in the Community Centre in the morning and one of the last to leave in the evening. She carried us all along on a wave of her unflagging energy and enthusiasm. 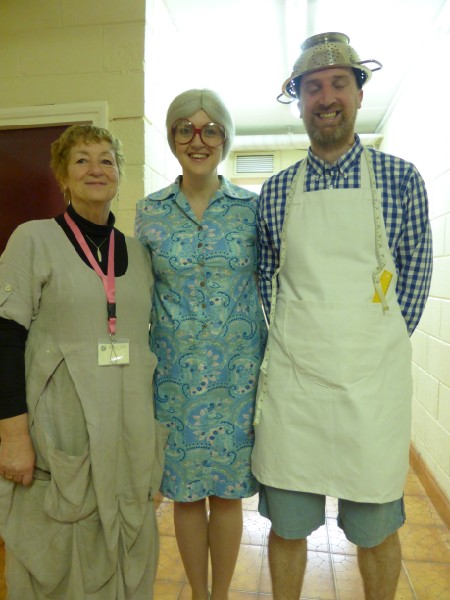 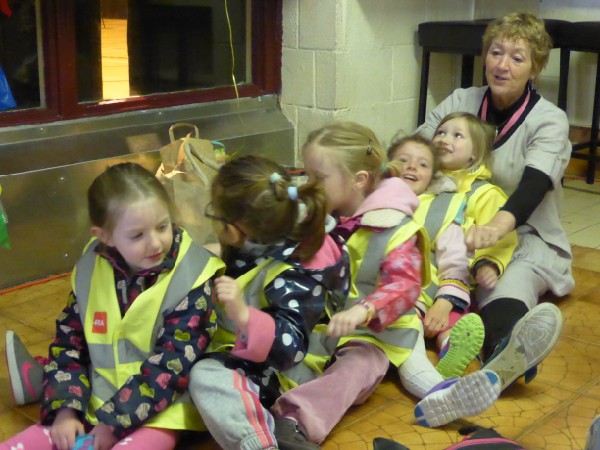 Whether she was meeting and welcoming authors or getting down on the floor with the children, Liz was the the soul of charm and affability. 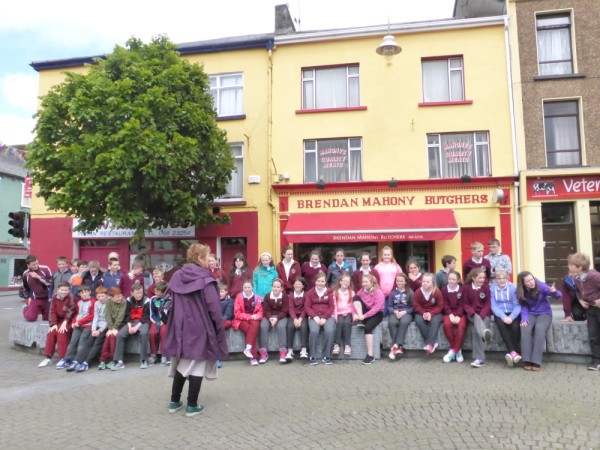 Liz reading to a group of students on the historical walking tour of Listowel.

When Liz left her native England to settle in Athea, Limerick and Listowel Writers’ Week gained a treasure.

If I sound like I am in awe of this lady, it is because I am.

Photos from some of the children’s workshops 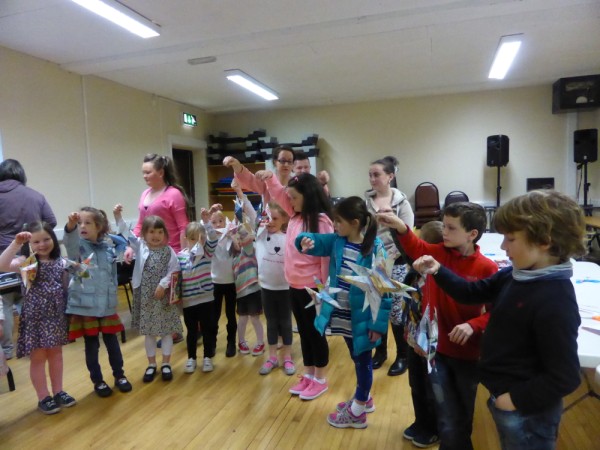 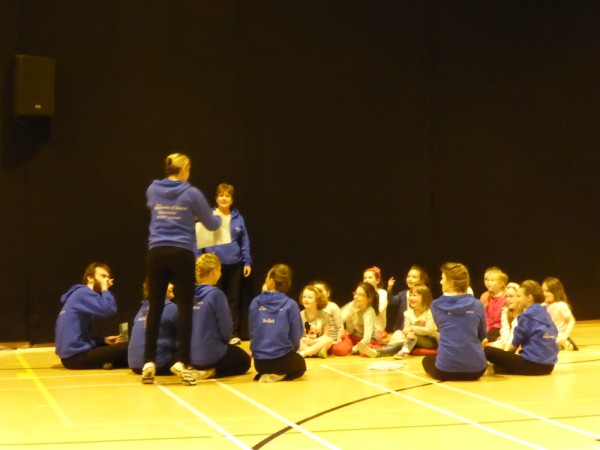 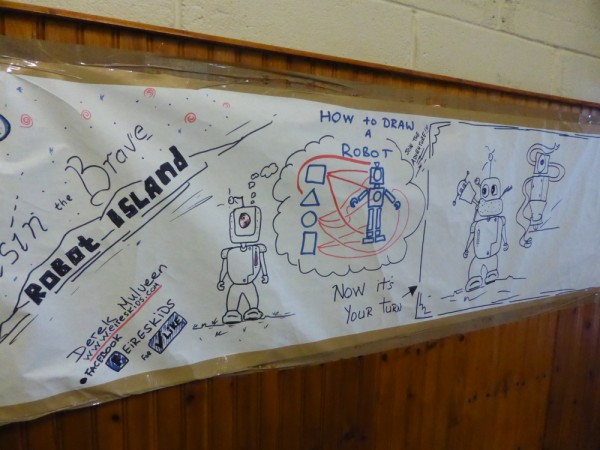 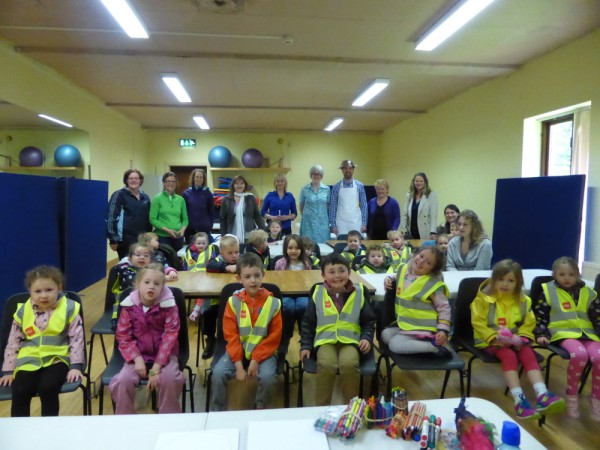 Story writing and illustration with Sheena Dempsey and Bruno 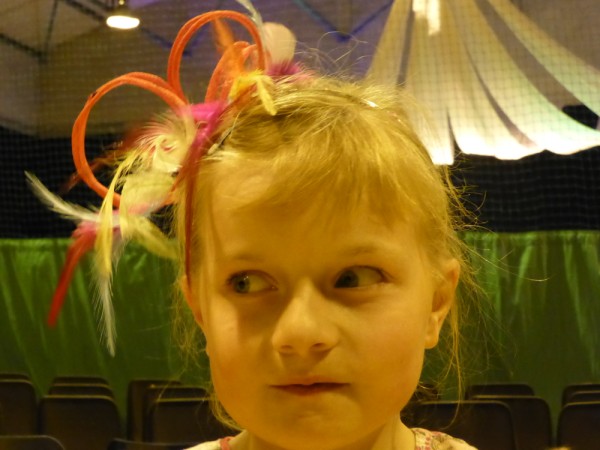 Siobhán with the hat she made in the hat making workshop

This is only a small taste of what went on in Listowel Community Centre during The National Children’s Literary Festival 2015.