Today I bring you a strange tale that I learned from the late Brendan McWilliams. His Weather Eye column in The Irish Times was always interesting and informative and full of little curiosities like the story of the Baristal Guns.

In certain places around the world mysterious boomings are heard from time to time. These drum like noises occur close to the sea or other areas of open water.  They were first noticed in the 19th century near the town of Baristal in the delta of the river Ganges. They are described in the scientific journal, Nature, in January 1896. Nowadays, wherever these mysterious noises occur they are referred to by meteorologists as Baristal guns.

Sounds of a similar nature were reported even earlier in Ireland. Smith’s Natural and Civil History of Kerry written in 1756 says that,

“in the coastal town land of Minegahane, the most remarkable curiosity of the place is the prodigious noise made at certain seasons by the sea, somewhat like the firing of a cannon, which may be heard at great distance. This generally precedes a change in the wind or the weather and frequently happens towards the approach of a storm.”

If anyone has heard these ‘guns’ I’d love to hear from you. 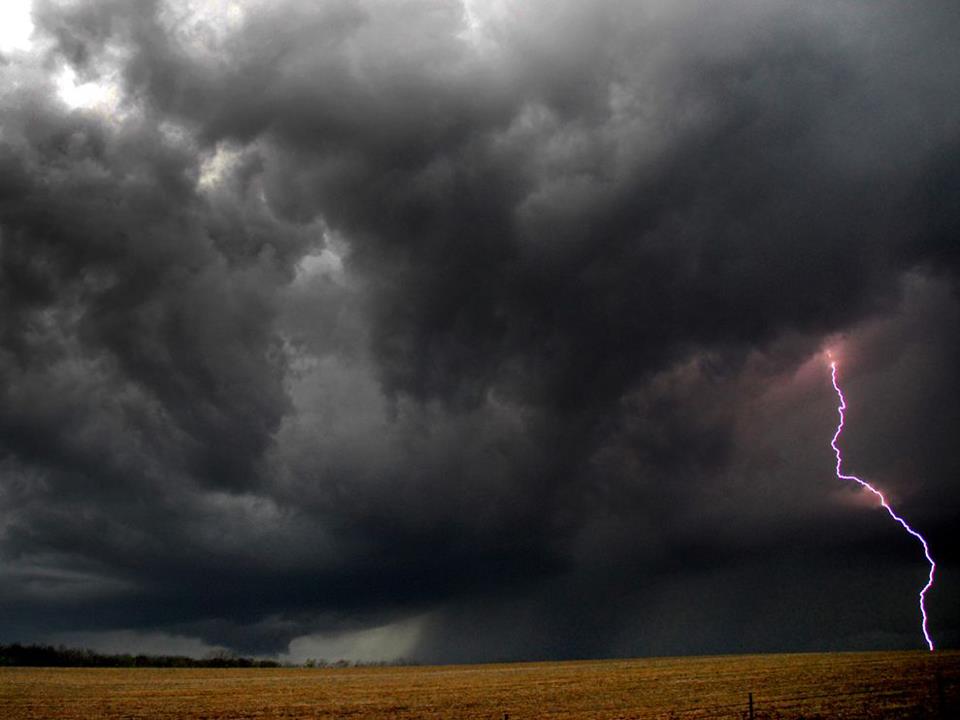 This weather story comes from  the Culture Ireland website

On the night of 6-7 January 1839 Ireland was stuck by an unprecedented storm with hurricane-force winds that is remembered as “the Big Wind”. Hundreds of people were killed, thousands of buildings and houses were damaged, trees were felled, ships were wrecked and the tidal surge lead to widespread flooding. Image by Jason Whitman.

If any followers in Meenagehane hear those Baristal guns anytime soon, be sure to warn us! 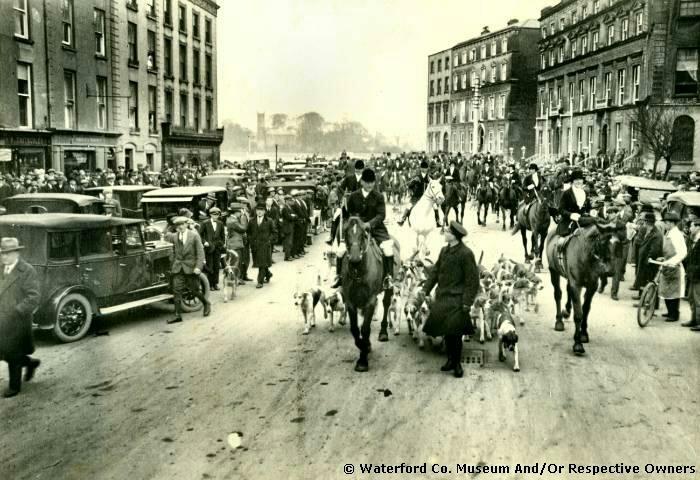 The post Christmas season is a great time for foxhunting. This is a photo taken at the first meet of the year in Waterford in 1928. 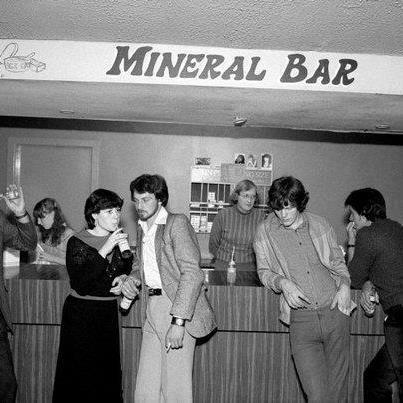 Remember when there was no alcohol in dance halls? The mineral bar served soft drinks to refresh the dehydrated dancers. Smoking was allowed and there was no such thing as bottled water.

The death has taken place of one of the few surviving Kerry-born soldiers who fought in World War Two. Dr James O’Carroll, who was born on a farm in Ballylongford, died peacefully at his home in Ballybunion at the age of 92. As a young man, Dr O’Carroll joined the British Army and fought with the allied forces in Germany. He was captured as a prisoner of war, but managed to escape shortly before the bombing of Dresden. He went on to study medicine at Trinity, and later ran a very successful psychiatry practice in Oklahoma in the USA, where he settled on a ranch, and raised six children, along with his wife, the late Dr Maud Stavely. In later years, he settled in Ballybunion with his second wife Peggy, a native of Kenmare.  (Radio Kerry)