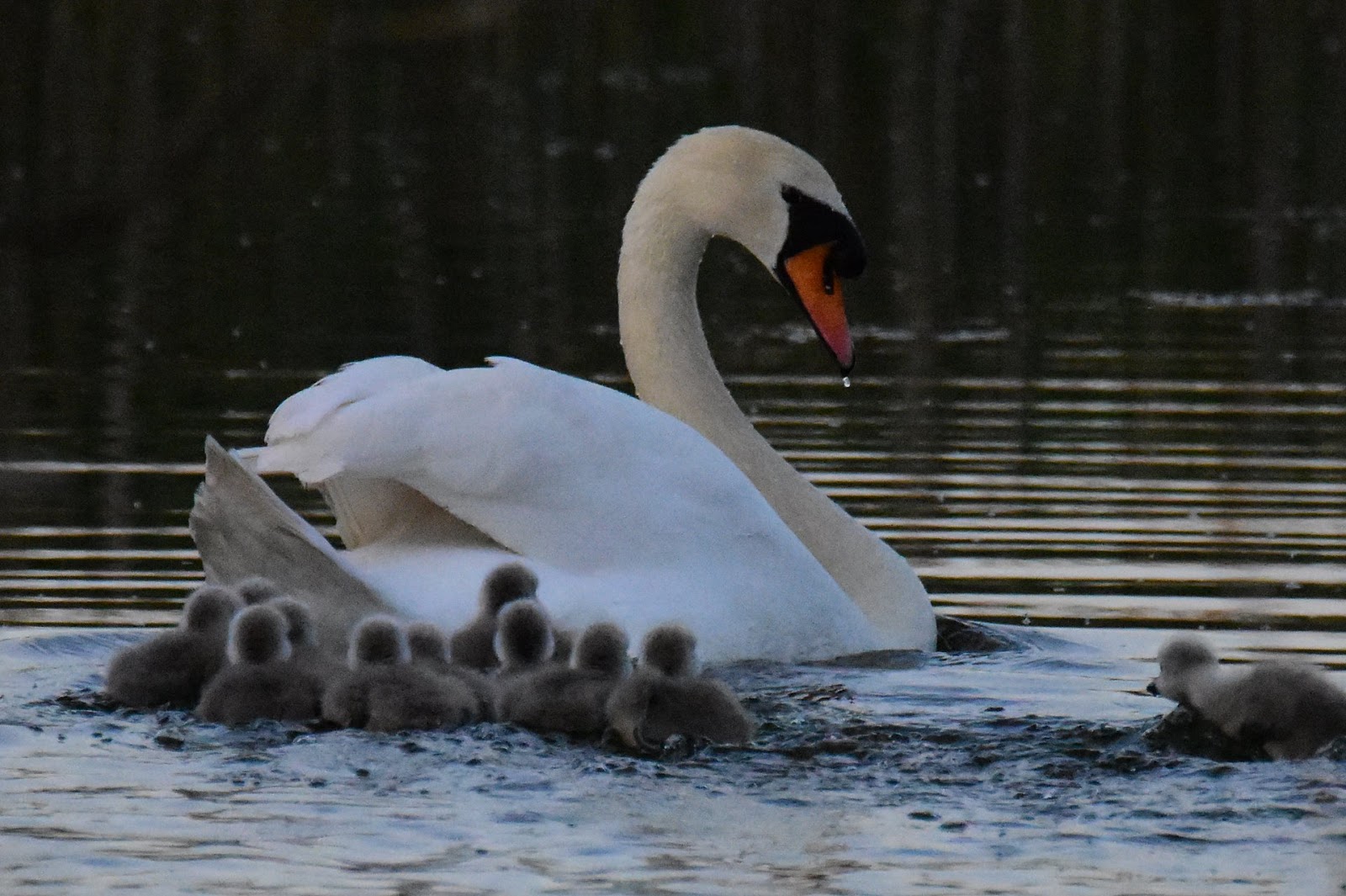 Photo: Liam Enright on This is Kerry

Another case of death by smothering from the Limerick Chronicle 18th January 1917. Tom Donovan 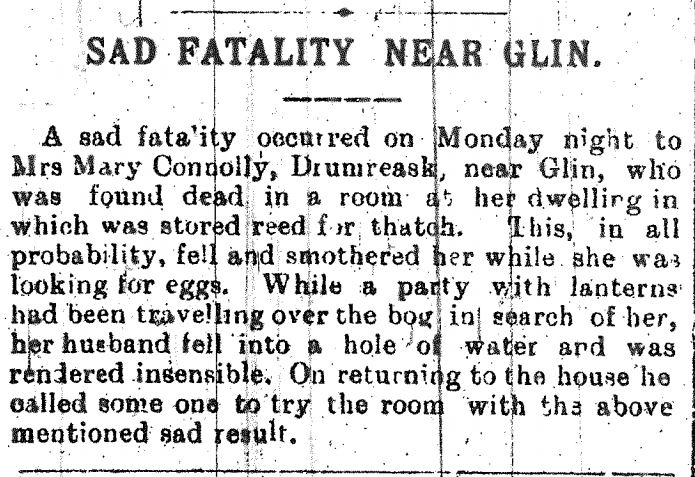 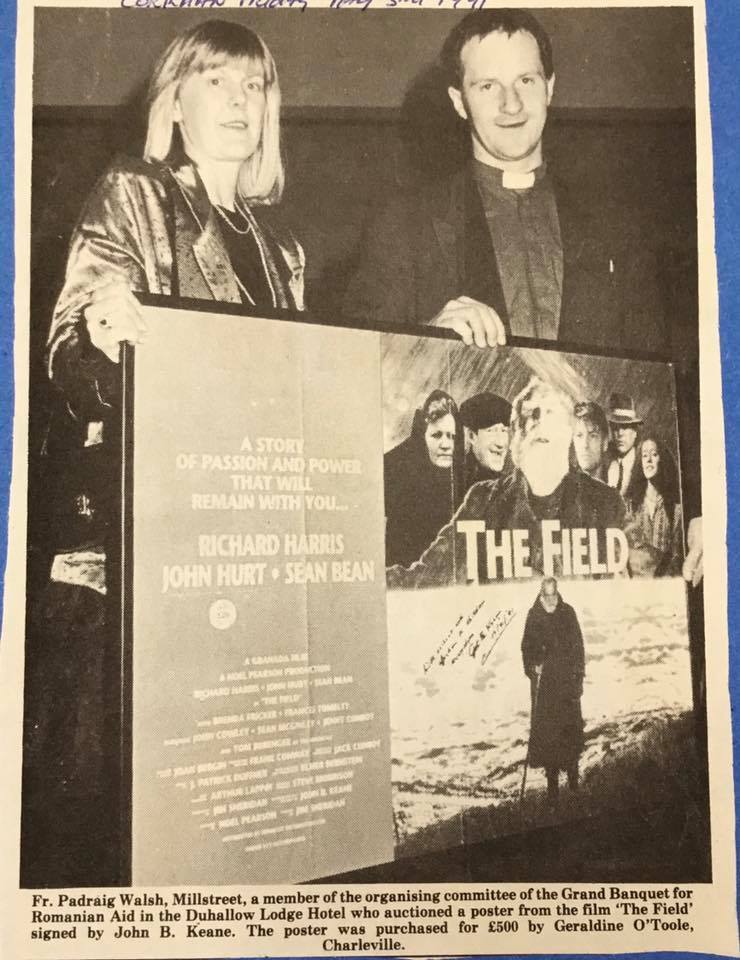 This newspaper cutting from 1991 appeared recently on the Facebook page of a closed group to which I belong.

Fr. Padraig Walshe, a priest of the Kerry diocese, was part of a fundraising effort for Romania. He secured a huge poster of the film of John B.’s The Field. He got John B. to sign it, had it framed and put it up for auction where it was bought by Geraldine O’Toole for £500.

Sadly, Geraldine passed away at a young age. May she rest in peace.

I wonder where the poster is now. 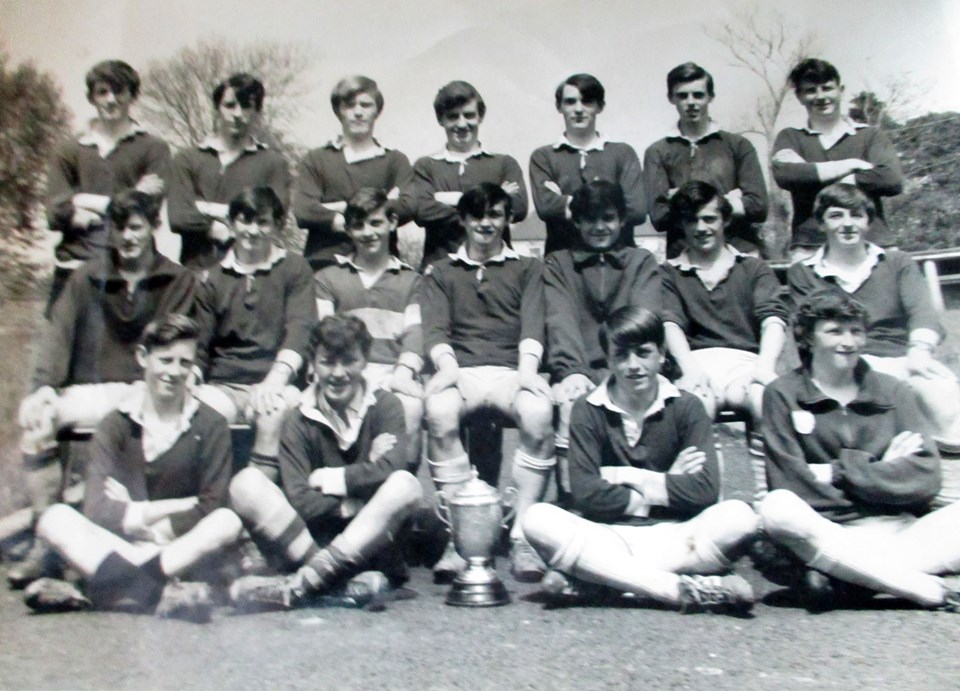 This  is the Dunloe Cup Winning Team from 1970 . This was a hard fought but satisfying success as , though underdogs ,  we beat the big two, among others, en- route . I think we beat Tralee C.B.S. in the semi-final and we certainly beat the Sem in the final . I can recall is that we were 4/5 points down with about 15 minutes  to go and won by 7/8 .

If memory serves me correctly , Canon Linnane was multi-tasking on final day . He was team manager for the Sem and then , immediately after the final whistle ,  presented the Cup to myself ( in his official role as Chairman of the Kerry Colleges Committee) . 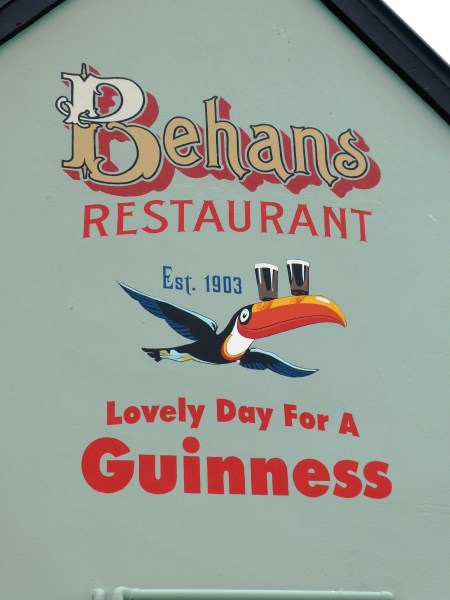 My granddaughter, Cora is a pupil of Gaelscoil Uí Riordáin in Ballincollig. Saturday May 23 2020 was First Holy Communion Day.

Since they were not to have their big day, their teacher sent each of the communicants a card and each teacher made a little video for the class and shared a photograph of themselves on their First Communion Day.

The card is so lovely that I’m sharing it with you . 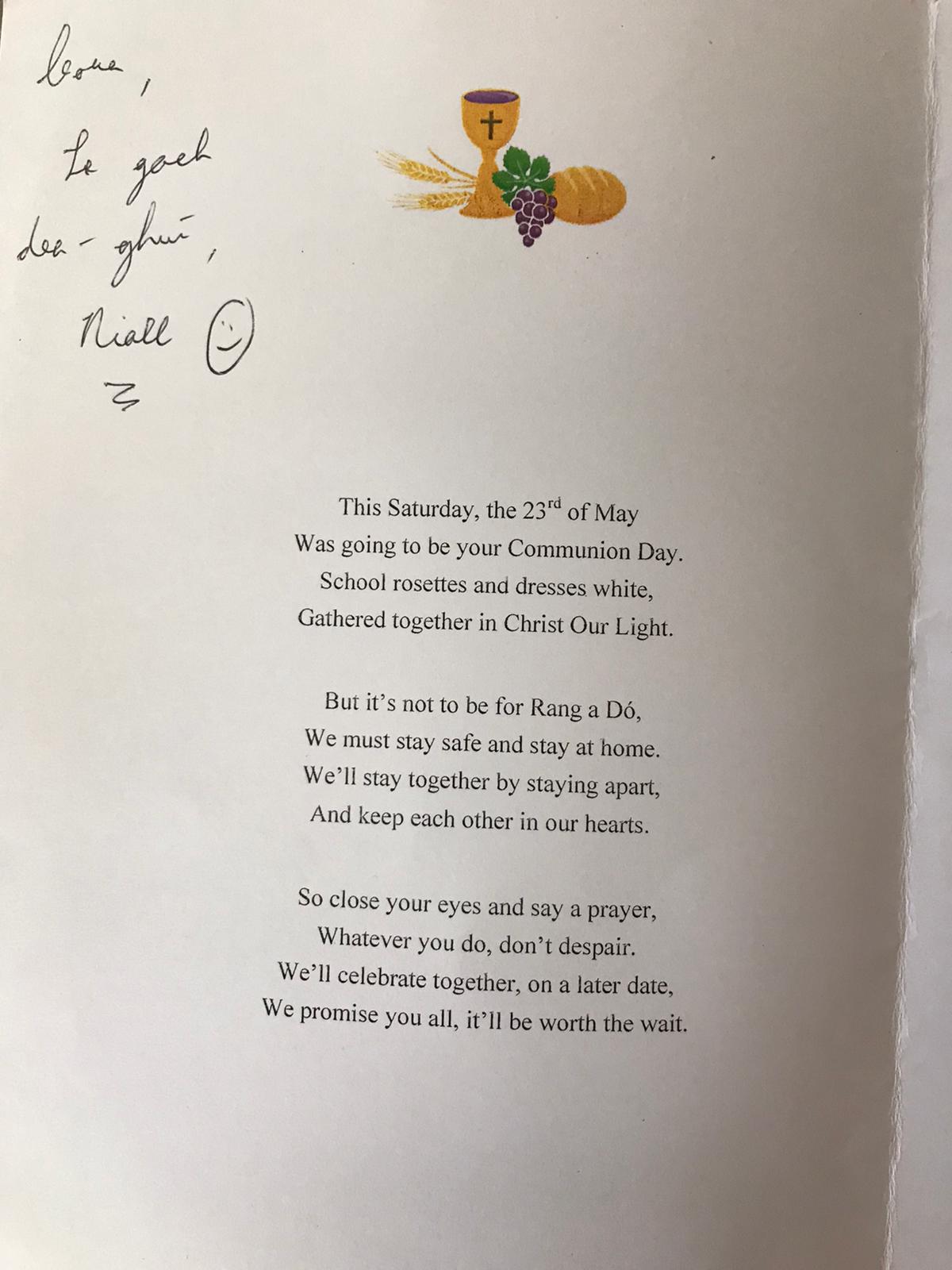 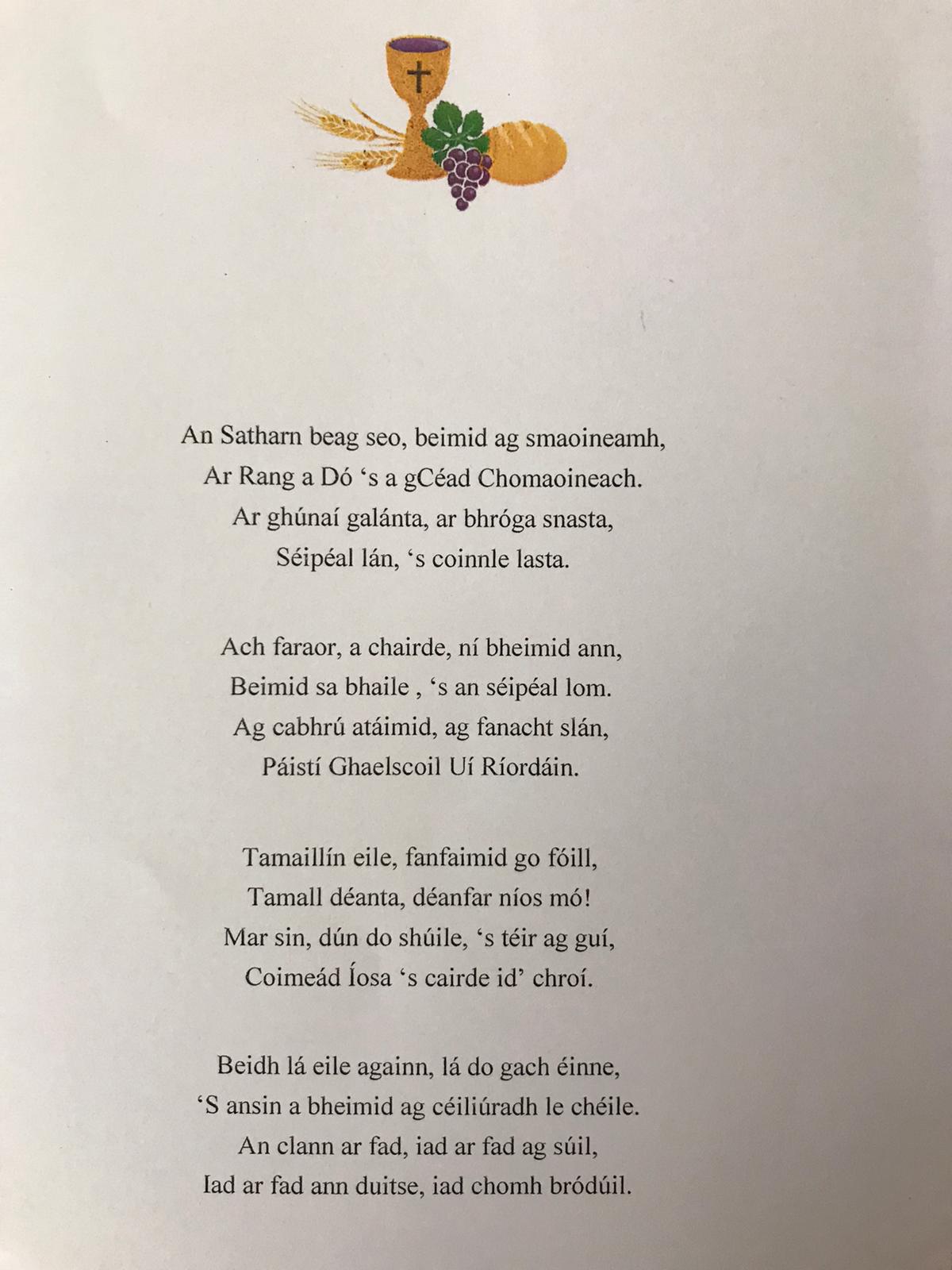 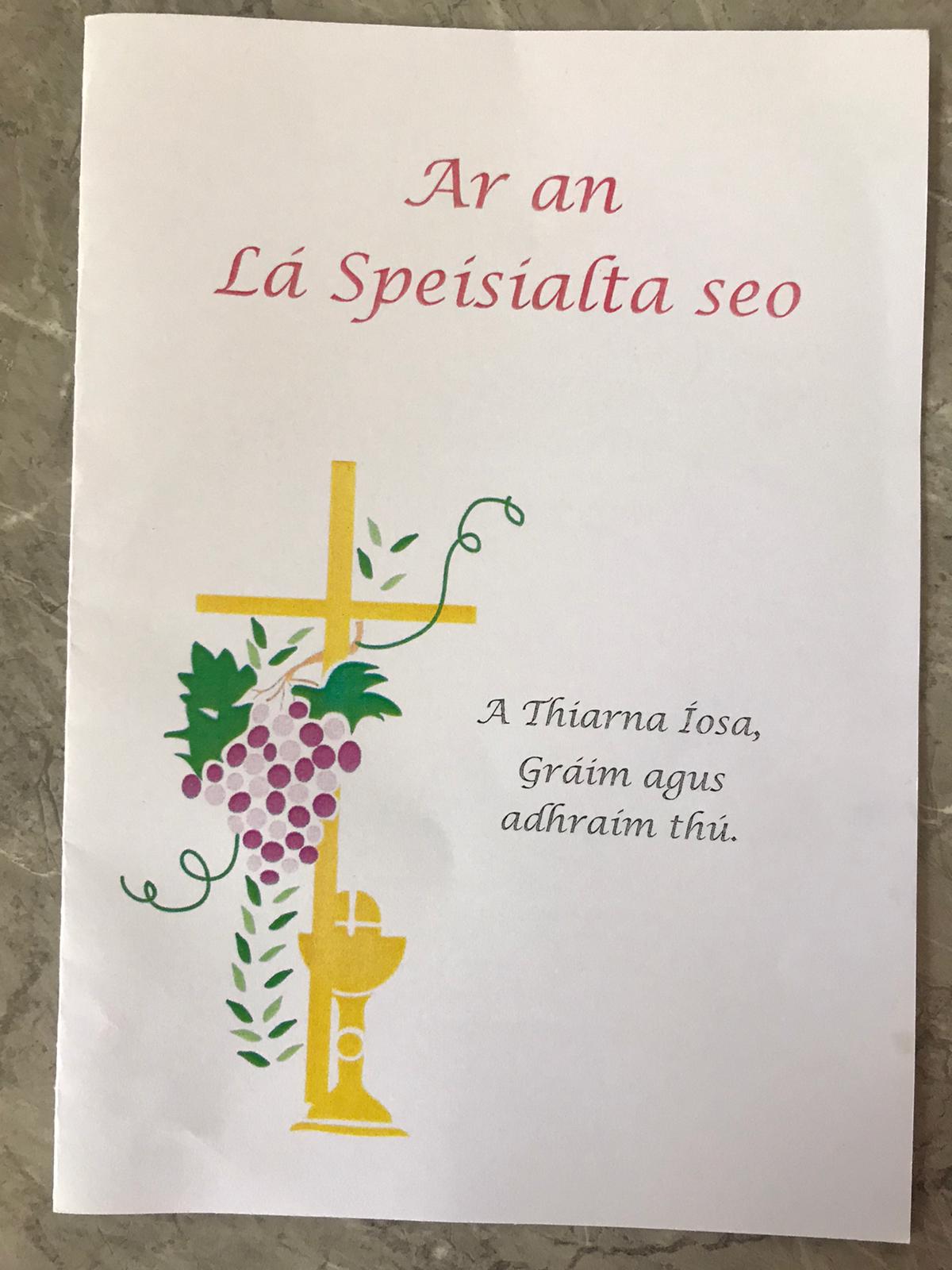