Con Houlihan has a turn of phrase that is distinctive and engaging. it is such a pity that all those years he wrote almost exclusively about sport, where his brilliance was lost to so many of us who rarely read the sports pages.

When I was looking up Ireland’s Own for a post last week I came across this superb article from Con in an old Independent. I make no apologies for quoting it in its entirety. It is brilliant. Enjoy! 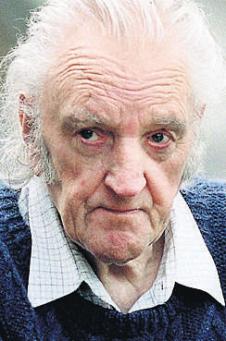 Sometimes I wonder if William Yeats
ever read Ireland’s Own.

I don’t think he did, otherwise he
wouldn’t have said “Romantic Ireland’s dead and gone”. The survival
of that magazine is a romantic story in itself — and in every number you will
find tales of men and women in the thralls of love.

When first I came to be aware of
Ireland’s Own, its attraction for me was the first page — it was made up
completely of jokes. Those jokes were all prize winners: the overall winner got
five shillings; the rest got half-a-crown.

These prizes may seem paltry —
believe me they were not. If the winner of the big prize happened to like a
drink, he could get six pints of stout and a half pint.

If the winner happened to be a lad
in the primary school, he could get — believe it or not — 600 good-class
toffees.

Ireland’s Own introduced most of us
to that wicked form of verbal misuse called the pun. I believe that you can
never forget your first encounter with the pun. Certainly I can’t. It was
probably very old but it was new to me: “Two girls went for a tramp in the
woods — he ran away.”

I need hardly add that to win a
prize for a joke in Ireland’s Own meant more than the money — the prestige was
great. Remember that this competition was open to the entire island and
probably beyond — you were in against serious competition.

Page one is now devoted to more
serious subjects but humour hasn’t been entirely abandoned. There is a page
headed The Lilt Of Irish Laughter — it lives up to its billing, even though
there are no more prizes. Listen to this:

“‘Twas in a cafe they first
met,

“And there he first ran into
debt

“For Romeo owed what
Juliet.”

Housewife: “Can I put the
wallpaper on myself?” Tradesman: “Yes, ma’am — but it would look
much better on the wall.”

Teacher: “Give me a sentence
containing the word ‘fascinate’.” “Pupil: ‘I have a lovely belt with
nine holes — but I can only fasten eight.” That’s enough for one day, let
us turn to more sensible topics.

Ireland’s Own has always been
strong on music. Every number carries a big variety of songs. Although this
grand old magazine has a high moral tone, it has a soft spot for outlaws. A
certain Jack Duggan often appears on its pages. He was supposed to have been
born in Kerry — but he was no better than he should have been. At least the
constabulary of New South Wales thought so — and they were determined to put
manners on him.

And so one morning as he was riding
along with no thought in his head except to rob a bank or two, up came three
mounted policemen — Kelly, Davis, and Fitzroy.

They were almost certainly
descendants of convicts or perhaps even convicts themselves. But that didn’t
prevent them from doing their duty. They called on the outlaw to surrender but
Jack had other ideas.

“He fired a shot at Kelly that
brought him to the ground,

“And turning then to Davis who
received a fatal wound,

“But a bullet pierced his
proud young heart from the pistol of Fitzroy,

“And that was how they captured
him, The Wild Colonial Boy.”

Ballads, as we all know, tend to
suffer changes in words from one singer to another; sometimes a singer may
change a word from one version to another in the course of a song.

One of my favourite people,
Margaret Barry, sometimes got so carried away with emotion that she might
change a man’s name. Thus in one version of The Wild Colonial Boy, the hero,
kind of, is Jack in the first verse; his name is changed in the last verse:

“And that was how they
captured Tim, the wild colonial boy.”

In the most recent version of that
ballad in Ireland’s Own there is a more startling change. Jack, you will
remember, shot Davis very dead — but according to the number for June 9, this
year, we may conclude that Davis wasn’t shot at all. When Jack fired the first
shot, “Davis fell down at the sound.” The people of Wales will like
that.

Some people are born too late: two
generations missed out on Kitty The Hare, the most remarkable person that ever
graced the pages of Ireland’s Own. In her heyday she was as popular as Mary
Robinson was to become. She was a woman of the roads, Kitty not Mary. She was
not a member of the travelling class though she travelled more than most: she
was a poor woman who somehow had fallen from life’s wheel.

People such as Kitty were part of
an age when few people bought daily papers and when wireless sets hadn’t begun
to proliferate. They brought all kinds of news and they were very articulate:
“Sure ’twas lonely — last night as I came over The Black Mountain, with
the sea raging down below — but I knew I would get a bed in Donoghue’s of The
Glen, people who never refused a bed to a poor woman of the roads.”

There was an era when Ireland’s Own
carried a serial story. After the first episode you were of course given a
synopsis.

The story so far: “Tom
O’Connor had to abandon his university career when his father died. He now has
the farm and hopes to marry his girlfriend Peggy O’Hanrahan. Alas, he has only
40 acres; her father has 200.”

Who could blame Peggy when she
passed him by one day in the street in Waterford? I could. This is the all too
familiar Irish caste system. We remember The Streams of Bunclody: “For she
has a freehold and I have no land.”

The penfriends page has long been
part of the magazine’s staple diet. This is globalisation in a good sense.

Dublin Opinion once did a nice
spoof on the page devoted to lonely hearts. “Gentleman whose interests
include singing, dancing, reading, hop scotch and playing the mouth organ,
would like to meet lady with similar tastes who owns her own shop. Send photo
of shop”.

They will never find another Con Houlihan though!

Trinity College recently ran a photo  competition for the students. The idea was to take photos of Trinity that typified the college and its students. The prize was an Apple TV.

The photos are here;

This is my favorite. The caption says it all.  It’s called

“I know, I can read” and the photo was taken  by Mohd Amir Anwar 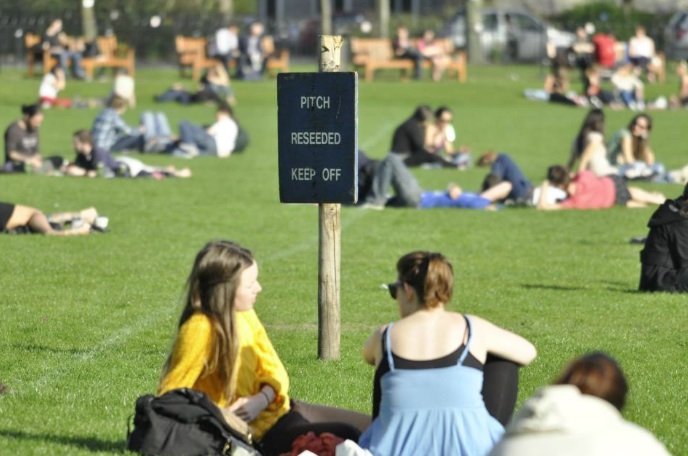