John B.’s Headstone, Summer Visitors and Cyril Kelly on being a pupil of The Master 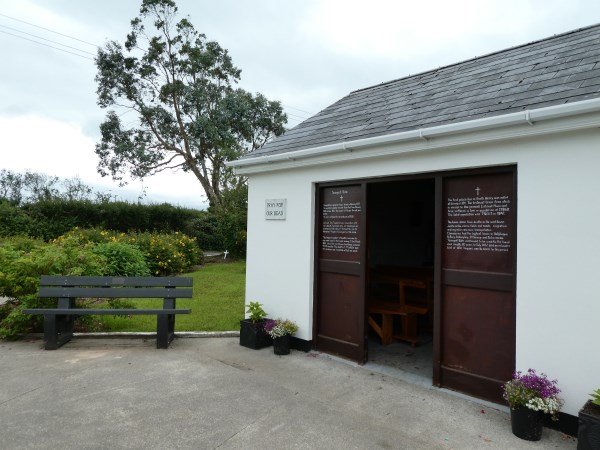 There are so Many Lovely Songs to Sing 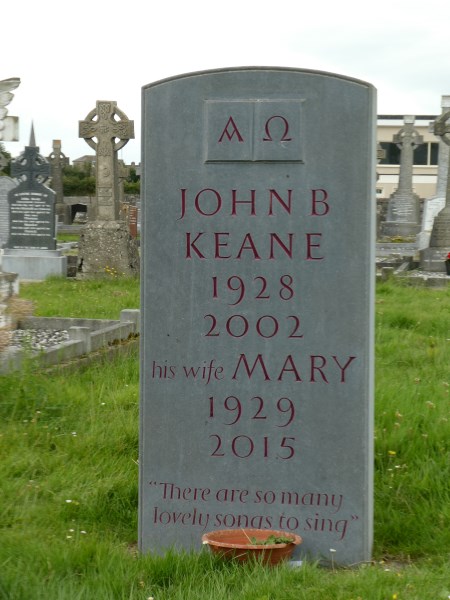 Whenever I have visitors I make sure they don’t leave without visiting the Garden of Europe. 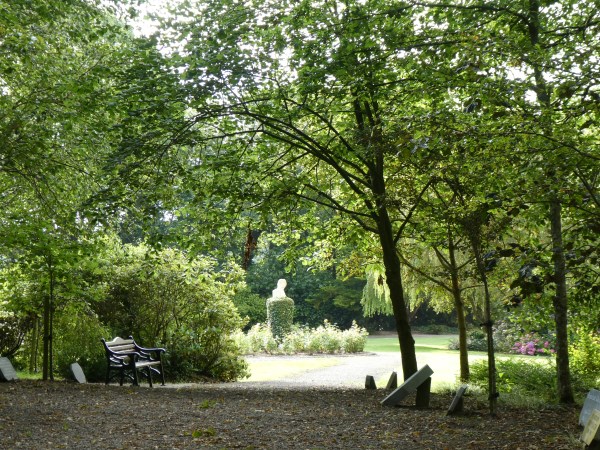 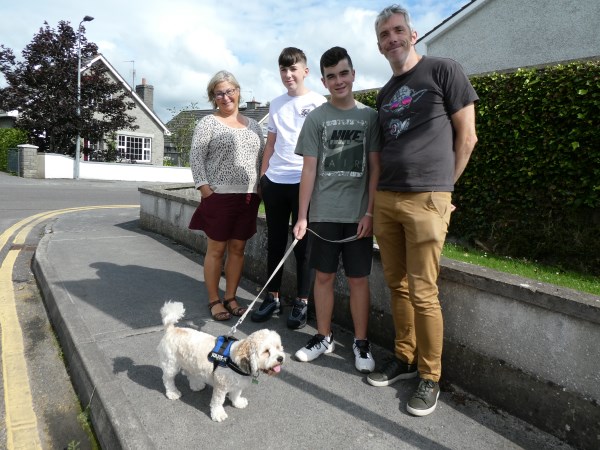 My boyeens are not boyeens any more. They were back in Listowel with their parents last weekend. They were on their way to Coláiste Bhréanainn in Ballybunion. 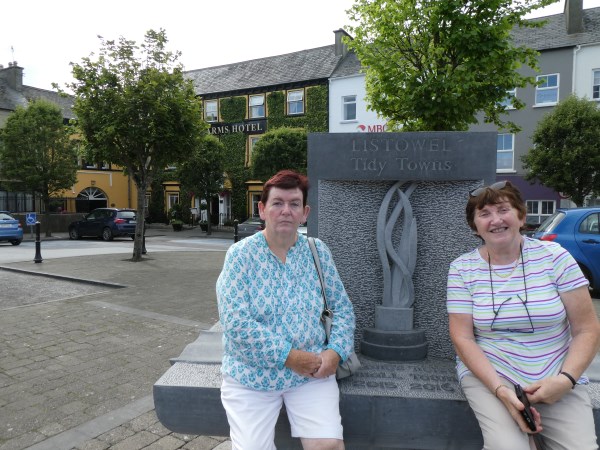 Breeda Ahern and Sheila Crowley also made the trip over the border from Co. Cork.

A Trip to the Library

Recently I have been writing a lot about the Carnegie Library and it put Cyril Kelly in mind of trips there in his youth.

This was the man who led us, both literally and metaphorically, from the classroom every day. This was The Master, our Pied Piper, who was forever bugling a beguiling tune, a tune sparkling with grace notes of the imagination. He’d have us on the white steed behind Niamh, her golden fleece romping in our faces. Transformed by his telling we had mutated into forty spellbound Oisíns. Knockanore was disappearing in our wake. The briny tang of the ocean was in our nostrils, bidding us to keep a westward course, forbidding us to glance back at our broken hearted father, Fionn. We were heading for the land of eternal youth, Tír na nÓg.

On the very next antidotal day, we’d be traipsing after him, into the graveyard beside the school. The narrow paths, with no beginning and no end criss-crossed the place like some zoomorphic motif. We were on a mission to see who would be the first to spot a headstone which was decorated with a Celtic design. The diligent boys leading the line were in danger of overtaking the laggards at the tail who were hissing that, in the dark recesses of the slightly open tomb, they had seen, staring back at them, a yella skull.

But, on very special days, we crossed the road to the Carnegie Library. Master McMahon told us that it was the most magical building in the whole town. Even the whole world, if it came to that. He told us that we were so lucky because Andrew Carnegie, the richest man on earth, had bought all of these books for us. We were amazed because none of us knew Andrew and we felt sure that he didn’t know any of us. As a matter of fact, not one of us knew anyone who bought books, either for us or for anyone else. Master McMahon said that the Librarian, Maisie Gleeson, was minding the books for Carnegie and, especially for the boys in 3rdclass.

On our first day in the library, we all had to line up on tippy-toes at Maisie’s desk to scratch our names with nervous N-nibs on green cards. Maisie eyed us all over her spectacles, welcoming each one of us ominously by name, telling us that she knew our mothers and woe-be-tide anyone who didn’t behave themselves, particularly any boy who did not take good care of Andrew’s books.

Drumming his fingers along a shelf, humming to himself, he flicked one of the books from its place, tumbling it into his arms. Turning towards us, he held it like a trophy in the air.

The Clue of The Twisted Candle. Nancy Drew, boys. She’s a beauty. Blonde, like Niamh Cinn Óir. Solves exciting mysteries for her father.

The Master took his time to scan our expectant faces.

Here, Mickey, proffering the book to Mikey Looby whose father was a detective. Why don’t you sit down there at that table. Read the first few chapters. See what Nancy Drew is up to this time.

Turning to the shelves again, The Master threw back over his shoulder; Sure if I know anything, Mikey, you’ll probably solve the mystery before she does. Mikey, clasping the book in his arms, stumbled to the nearest chair, thirty nine pairs of envious eyes fastened to him. Sure it’s in the blood, Mikey boy. It’s in the blood.

Selecting another book, The Master faced us once more. This time he called on Dan Driscoll.

I saw you driving your father’s pony and cart to the fair last week. Three of the loveliest pink plump bonavs you had. And what a fine looking pony Dan Driscoll has, boys.

Well, here in my hand I’m holding Riders of the Purple Sage by Zane Grey. This man is a fantastic story teller. He’ll take you to the frontier lands of America. I promise that you’ll see and smell the rolling plains of Wyoming more clearly than if you were in the Plaza cinema down the street. You’ll ride with cowboys, you’ll hear the neighing not of ponies but of palominos. You’ll meet deadly gunmen, boys, noble Red Indians. And on the headstones in Boothill, boys, you won’t find any Celtic designs.

And there, in the vastness of the library, The Master’s youthful tenor voice startled the silence; Take me back to the Black Hills/ The Black Hills of Dakota/ To the beautiful Indian country that I love. By the time he was finished he was besieged by a posse of outstretched hands and beseeching cries of Sir! Sir! Sir! Every one of us was demented to get our paws on that book, any book.

A nice little crowd came along yesterday to see what was to see at the site of the old cottage at Curraghatoosane. 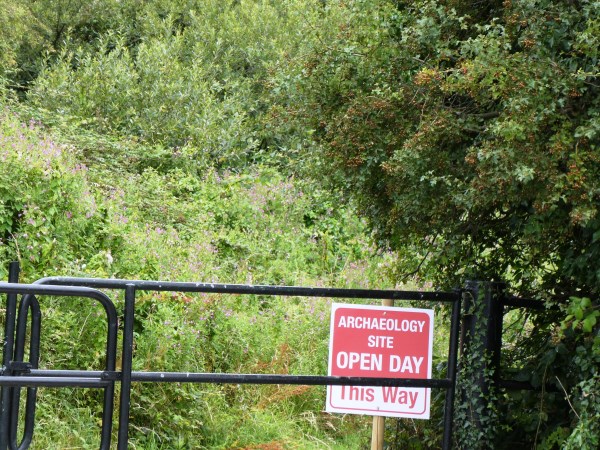 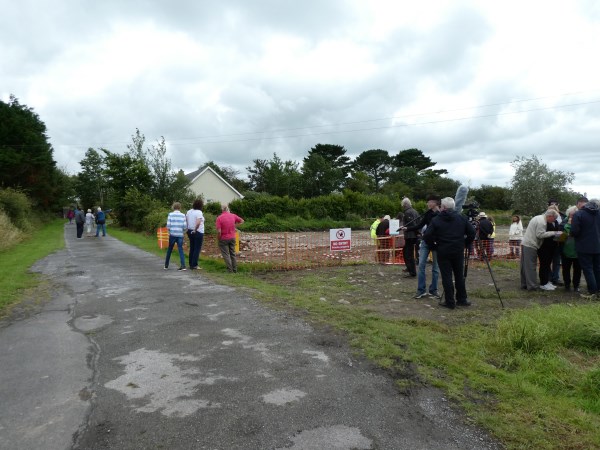 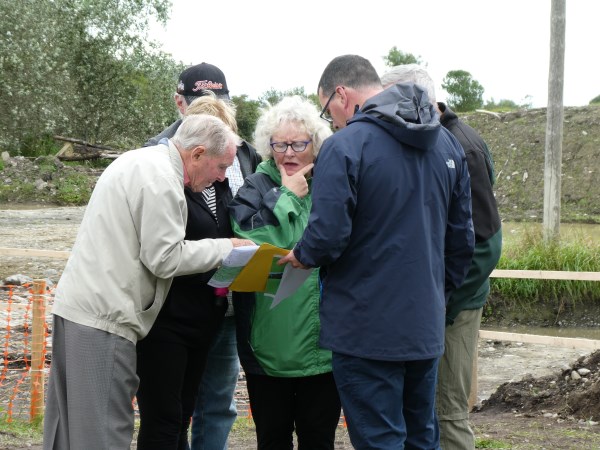 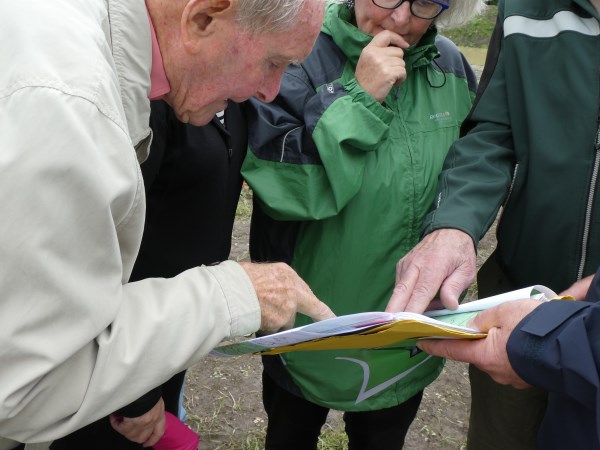 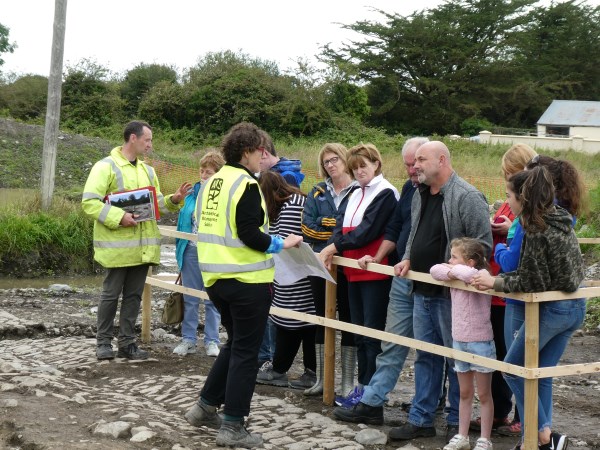 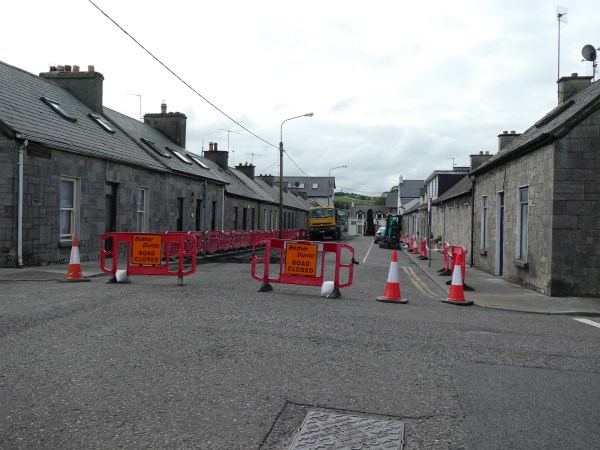 Mosaic Artist, A Listowel Style Icon and a Hurricane in 1961 Remembered