The Voice of Ireland …Listowel Connection 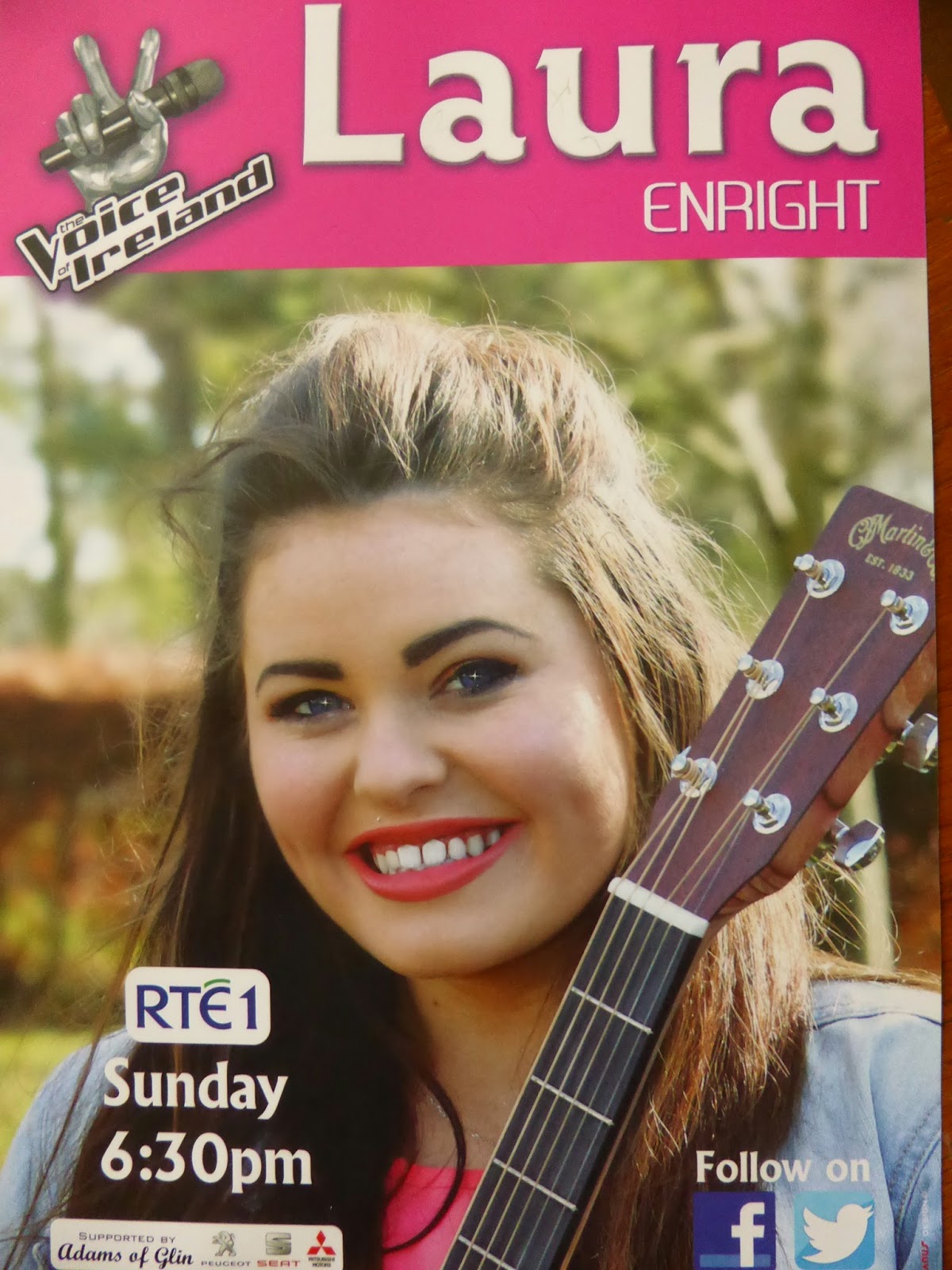 This is Laura Enright from Glin. She is in the news because on Sunday night next she enters a “battle” to qualify for the live shows in the RTE 1 programme, The Voice of Ireland.

Laura’s mother is Brenda O’Halloran from Bridge Rd. Listowel. Laura is the granddaughter of the late Tom and Eileen O’Halloran. Laura is blessed with an exceptionally beautiful voice and is one of the favourites to go all the way in this competition. Listen to her blind audition

Last train through Barna tunnel  in 1986 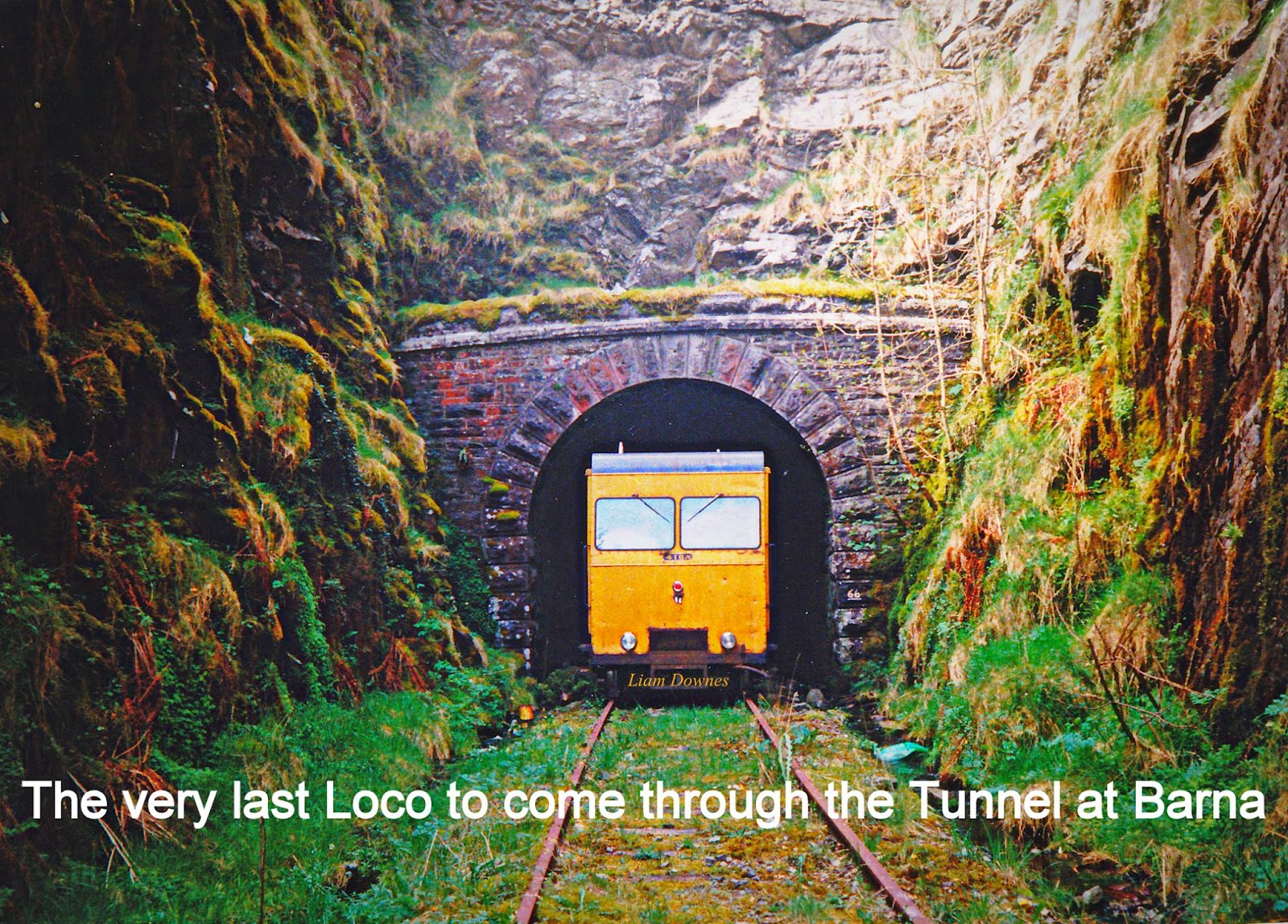 This photo was taken by Sam Kennedy in 1986

Sam was the driver. They stopped at the mouth of the tunnel for this photo. Shortly after this the tracks were removed and sold to the Iraqi railways.   (Liam Downes)

I don’t know who wrote the following poem but it’s a good one.

There’s joy to-night in every heart from Tarbert to Kllflynn,

From Ballyduff to sweet Duagh, from Newtownsandes to Glin,

While bonfires bright blazed through the night by Shannon, Brick and Gale,

To welcome home those champions fine with victory in their trail.

As the golden sun was sinking fast behind the western hill,

The very air reeked with delight, although ’twas calm and still.

The streets with sheer excitement blazed, all woe was turned to weal,

As the clash of seasoned ash was heard roll down the River Feale.

When Blennervllle marched to the line it was a pretty sight,

To see the far-famed pink and green. mixed through the black and white.

With swords across we won the toss and hurling towards the town,

The magpies on Liz Kiely’s goal at once came swooping down.

Liz kept her fort to clear the rush to touch she drove the ball,

Where dark-haired Jenny Mulvihill applauded was by all.

But in a wink the green and pink was at the other end,

Where Maggie Foley showed the boys how well she can defend.

But Blennerville came down again more eager than before,

Till Kathleen Wilmott pulled them up and robbed them of a score,

Each time they  pressed, she stood the test, in fierce but fair attack.

With lightning-like velocity, she met and drove them back.

And out before this stonewall back her gallant sister stood,

A hurler grand, with brilliant hands, to pass her nothing could.

‘Twas her defence that spanned the bridge ‘twixt victory and defeat.

At midfield where the battle raged we starred in the pink and green.

With the veteran Julia Mary Stack, the “Kingdom’s” hurling queen

Through forests of ash she’d dive and dash, when danger threatened there,

Her line intact she held, in fact, none with her could compare.

The champions broke the line again, they swept along the right,

And from this Ballaclava charge, sure things were looking bright.

They spoiled their chance by fouling here. Bride Foley took the free,

But Kathleen Stack pulled down the ball and filled our hearts with glee.

The pink and green were aggressive seen, and fighting for a score.

Nan Tyndall’s posts were threatened now more serious than before,

For Josie Kiely, dashing in was not on pleasure bent,

She fired a shot, a goal she got, then up the green flag went.

The pace was fast, the hurling fine, the strokes were quick and clean,

The Kerins pair along the left were to advantage seen.

For more than once they stopped the rush, backed by the Foleys two,

May Moynihan and Maggie Moore, Peg Connell helped them too.

With change of sides, the champions now were hurling down the hill.

And victory seemed within their grasp. showing extra speed and skill.

Joan Brosnan out-manoeuvred them in some mysterious way.

And beat Liz Kiely for a goal—she gave a fine display.

But nettled by this fluttering flag, the lovely pink and green

Took all before them in a charge and quickly changed the scene.

For through a bunch of shivering ash, brave Maureen Moran tore,

And pulled Nan Tyndall’s barrier down, she well deserved the score.

The sands of time were running out, the light was on the wane,

The magpies forced a fifty free, but failed to score again.

Fitzgerald May and Wilmotts two, across the goal were drawn,

And Blennerville’s best was beaten by the champions’ brain and brawn.

With dash and vim they’re out to win, from nothing they’d pull back.

This gallant three, you’ll all agree, have never let us down,

They’re a credit to the dress they wear and to their native town.

Babe Holly over on the right was doing a lion’s share.

Likewise the dark-haired Peg O’Shea, the darling from Kenmare,

Nan Connor, thirsty for a score, a trier to the last,

This trio of sharpshooters their best form more surpassed.

The magpies made a last great dash, they came along the right,

Till May Fitzgerald called a halt, which closed the friendly fight.

The Sullivans true, both tried and true, and grand old Duffy Pat,

When extra steam was turned on, they gave us tit for tat,

But, listen! there’s the whistle, now the gruelling hour is o’er.

See a smile on faces here that never smiled before.

Old people bent, with sticks crawled in, to see their idols play.

With fair excitement now going out they threw their sticks away.

Give us your, hands, you gallant band, we’ll shake them every one.

from goal to goal, from left to right, all through the field you shone

We’ll follow you from field to field, we’ll sing; your praise aloud.

Dishonour never soiled your dress of you we’re justly proud. 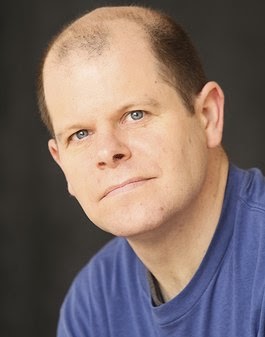 There
is an awkward scene in The Good Father by Christian O’Reilly. Out at an Italian
restaurant, Tim decides to order the antipasti. Jane asks, ‘As a starter?’ Tim
hesitates. He doesn’t know what antipasti are. He’s never eaten them. Maybe you
haven’t either.

Tim’s a working-class boy, a
painter and decorator. Jane’s a middle-class girl, a solicitor. They’re
different. But he got her pregnant after a drunken night and they’re having a
baby together.

It’s often said that we don’t talk
about class in Irish society, and while the C-word isn’t used explicitly in The
Good Father, the play is founded on its tensions.

Written about 13 years ago, the
two-hander gets a lick of modernity from director Mark O’Brien at the Axis,
Ballymun, a playhouse but 20 minutes from Dublin city centre.

Does class matter? “I think it
can be an impediment to a relationship, certainly to people discovering each
other,” says Christian before a read-through. He seems nervous and happy
with his lot; he has a mixed accent. “Class is a façade that you wear as a
consequence of your upbringing. But underneath that is some kind of shared
humanity. I was interested in exploring how two people of a different social
class could find each other. He’s not as educated as she is, but he has an
emotional honesty and openness that she lacks. And her carapace is sarcasm,
barbed wit. But underneath it all there’s huge fear and quite low self-esteem.

“The play comes from my
experience of living in Dublin, studying at DCU but playing soccer in Fairview
and Santry. Soccer transcends class immediately. Everyone just accepts each
other because you’ve got a shared goal.”

Shedding class differences was part
of growing up for this playwright. Born in London, his family emigrated to
Listowel, Co Kerry when he was eight. “I was bullied a little bit, I had
an English accent and I stood out. Playing for Listowel Celtic Under-14s gave
me some kind of status as a young fella.”

Until he was 17 he wanted to be a
professional soccer player. He never had a trial, which he regrets because he
knows he would have failed: good practice for a writer. Writing was “a
wayward path”.

He tried short fiction and
screenwriting, attempted novels, “doubting myself”. He worked as a
researcher for his father (crime novelist Victor O’Reilly) and worked in
disability rights (he wrote the moving film Inside I’m Dancing). Then came a
Druid Theatre Company prize and the success of The Good Father. When it was
first staged in 2002, Irish Theatre Magazine praised it as “an Irish love
story with attitude, but with a disarming softness at its core”. Christian
says: “I remember at the time thinking I’m never going to write a play
better than this. This is a good play.”

But miserably, The Good Father left
him blocked for five years. “It kind of spooked me, because the bad
reviews really upset me and got to me, but the really good reviews also threw
me. I saw myself as a serious dramatist and took on all the pressure of that. I
found myself in a kind of wilderness. I struggled with my next play, because I
was trying to be serious and worthy, and to appeal to the critics. I really
lost the connection to why I write, and to the advice that John B Keane and my
sister had given me.”

His artist sister Ciara told him to
“put your passions into your work”; John B Keane told him to
“write from the heart”, when he used to visit him in his pub in
Listowel for a pot of tea to discuss writing. The playwright played a mentor
role from his barstool where he was often “singing, sitting and
listening”.

“Often the struggle is
personal and to do with confidence, to find my way in that respect. Confidence
comes and it goes and it wavers. There are times when you feel your voice is in
full throttle, and nothing can stop you, and there are times when you can feel
quite crushed and small and frightened and anxious about writing, and it can
fluctuate. It can feed the writing too, because I often write characters who
are struggling with their own demons, who are low in self-esteem, hard on
themselves.”

Now married in Galway with two
small children, he can take the cut and thrust of winning and losing. His star
rose through Druid Debuts play programme. Now Druid are among those rejecting
his plays, and this drives him to write more; he laughs, “I’ve enough
rejections to decorate my house.” Classy.

(Published in The Irish Independent March 1 2015) 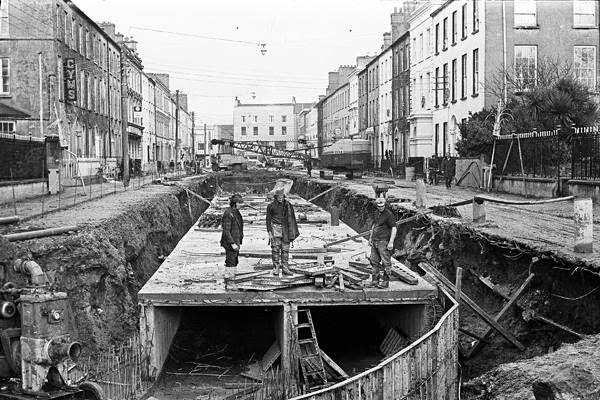 This photo from the Cleary Archive was taken during the carrying out of massive drainage  works in Denny Street.