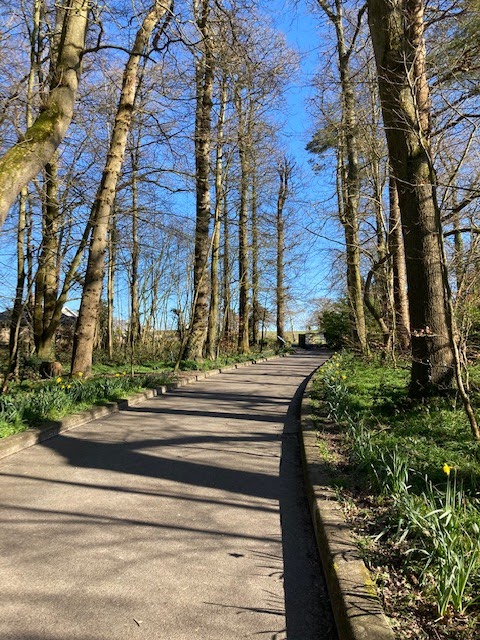 A sunny Gurtinard walk in February 2021. We are blessed to have such lovely places to walk within our 5km permitted limit. 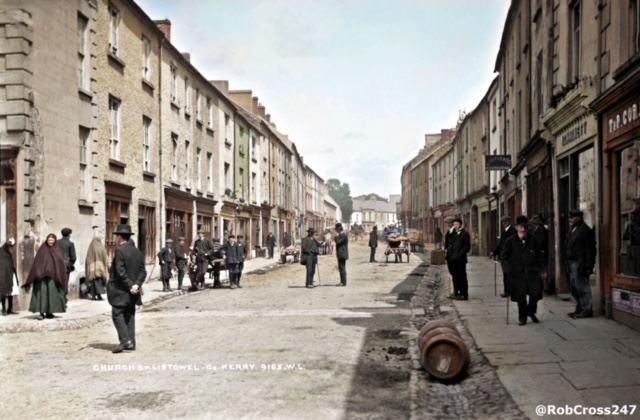 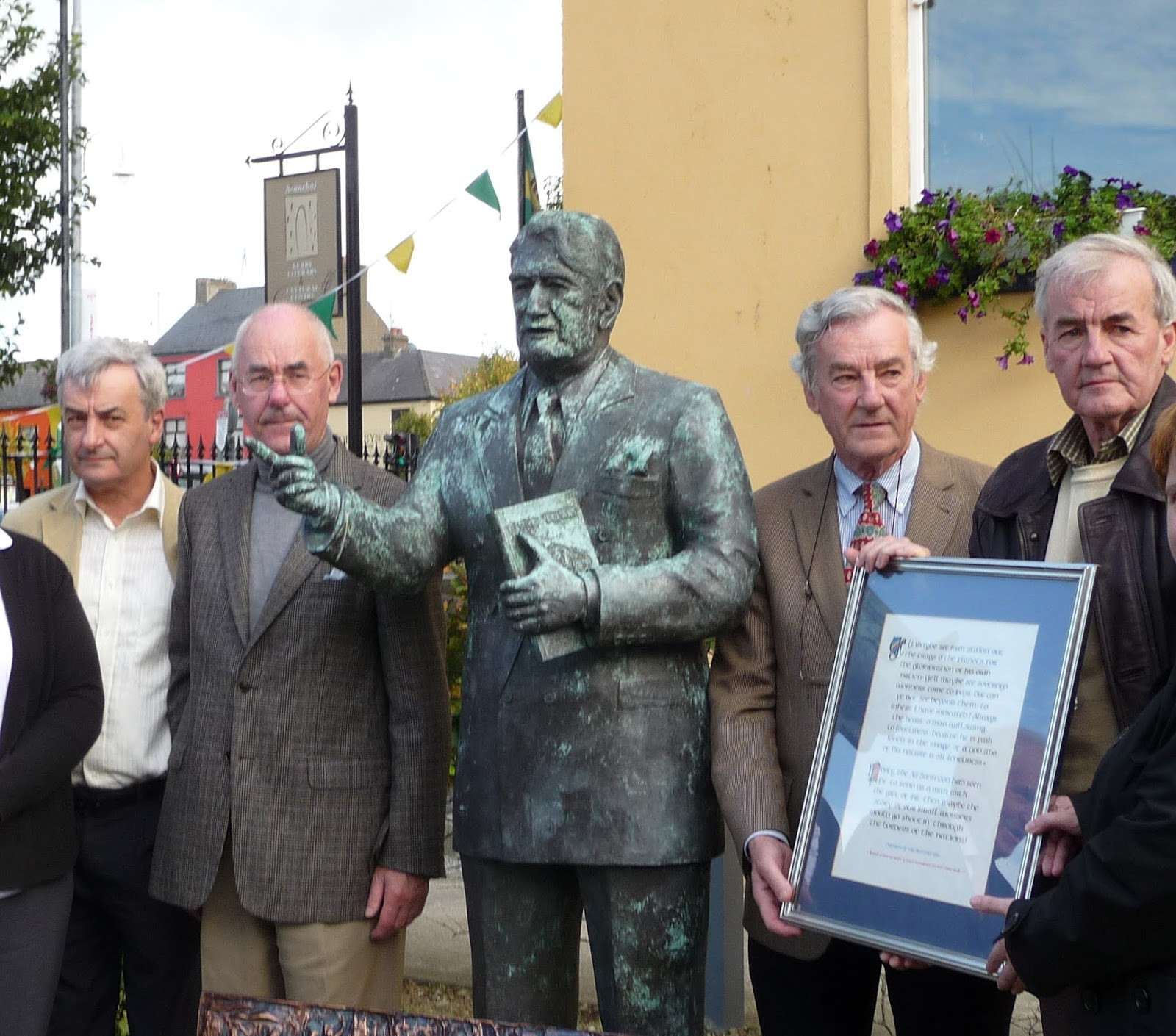 The surviving MacMahon brothers at an event to commemorate their late father, Bryan MacMahon in the Kerry Writers’ Museum in 2009 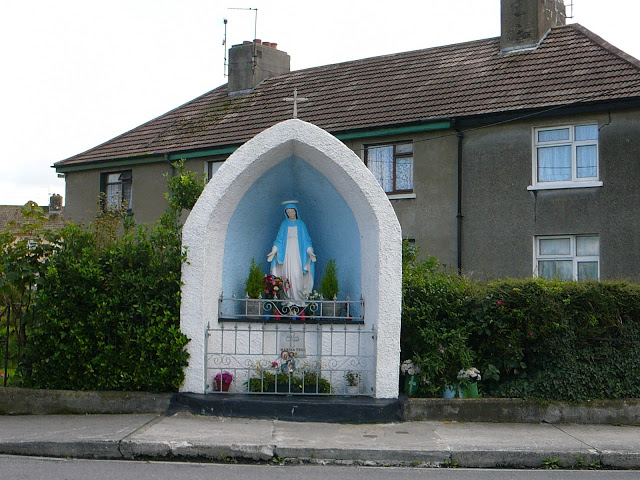 The Grotto on O’Connell’s Avenue brings back so many memories. Remember well when it was dedicated. A Mrs. Collins lived in the house on the right of the photo and I believe that Margaret Dillion lived next door, right behind the Grotto. Think that it was the first Grotto built in Listowel at the time. Maybe even the only one. The one at Convent Cross came much later.

The Marian Year, when the grotto was dedicated, was a time when Ireland was firmly under the thumb of the Catholic Church. John Charles McQuaid, archbishop of Dublin, was one of the most conservative of clergymen. Unfortunately he had the ear of the government of the time and we are only now unravelling the disastrous consequences of that alliance.

Paddy Fitzgibbon, who remembers the Marian Year, sent us this poem.

Recent reports suggest
That once, in County Louth,
John Charles McQuaid
Did not avert his gaze,
When suddenly a breeze
Out of the south,
Lifted ( to her distress )
An Irish Countrywoman’s dress,
It then revealed arrays
Of intimate intricacies.
Now furthermore,
It seems that this
Regrettable event,
Took place
In the ecstatic bliss
Of the Marian Year
Of nineteen-fifty four
( And during Lent !)

No doubt it was a test
Sent to assure His Grace,
That  steadfastness
And holiness
Would banish fear
And see him through.
Of course, he could construe
What twenty centuries
Of foppish prelates knew:
It is impossible to sin
When publicly arrayed
In  silk and braid
And crenellated
Crepe de chine.

So say no more,
Leave it at that,
And thank The Lord:
The Earth is flat ! 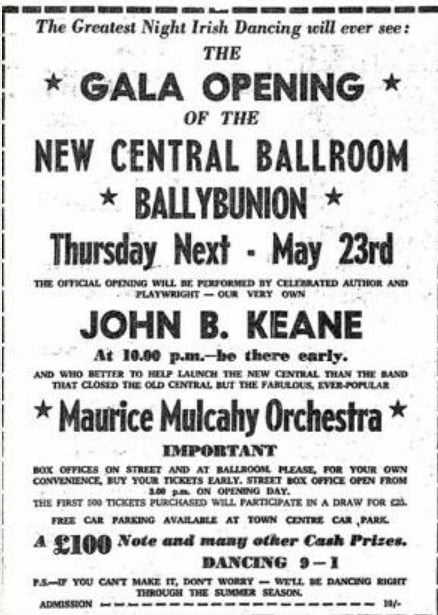 I saw this poster shared on Glin Historical Society’s Facebook page and I was so fascinated by it I included it on the blog with the line hoping it lived up to the hype.

Apparently it did. David O’Sullivan did a bit of research in the newspaper archives and here is what he found. 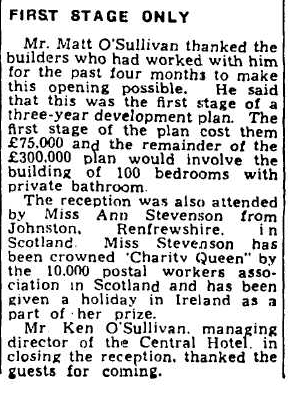 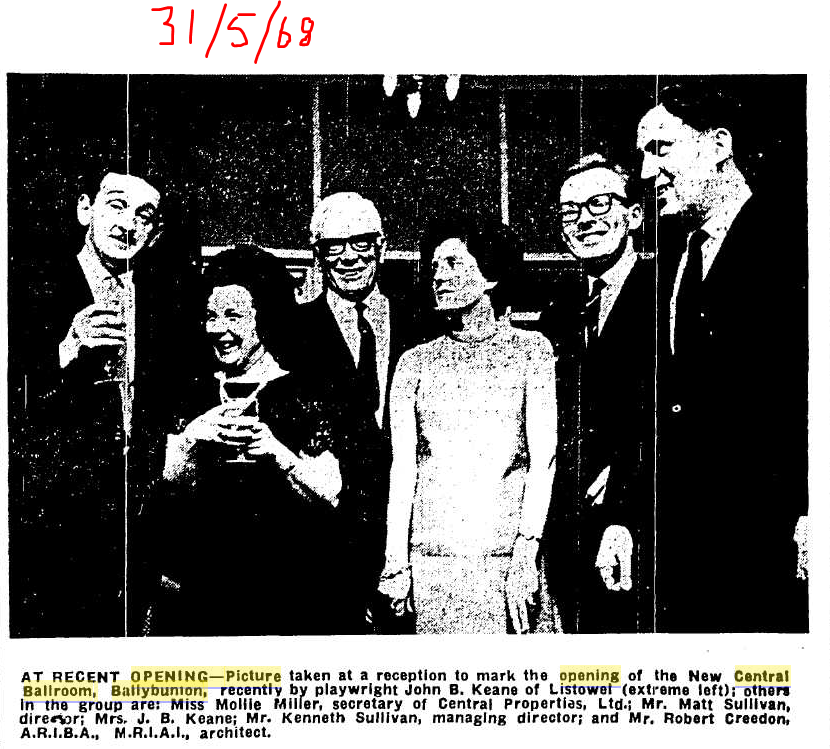