Repairing the clock in St. John’s 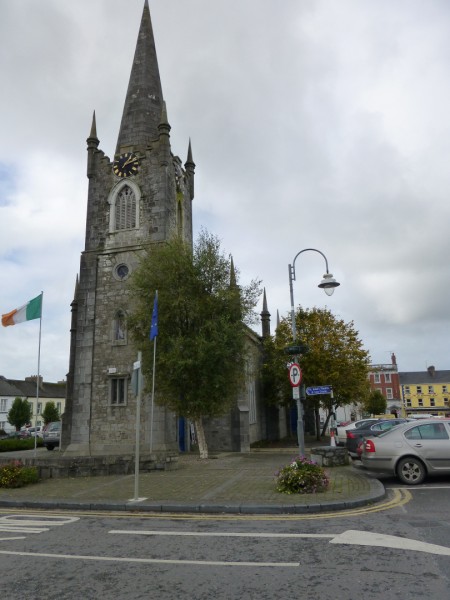 Junior Griffin remembers that  when he was a boy, at the top of Bridge Rd., the protestant clergyman lived in
Gurtenard House. The Bridge Rd. boys had very little recourse to this property
except in Autumn to rob the orchard. The last vicar to live in Gurtenard House
before the church bought the rectory on Church St. beside the Kennedy Home, was
Archdeacon Wallace. 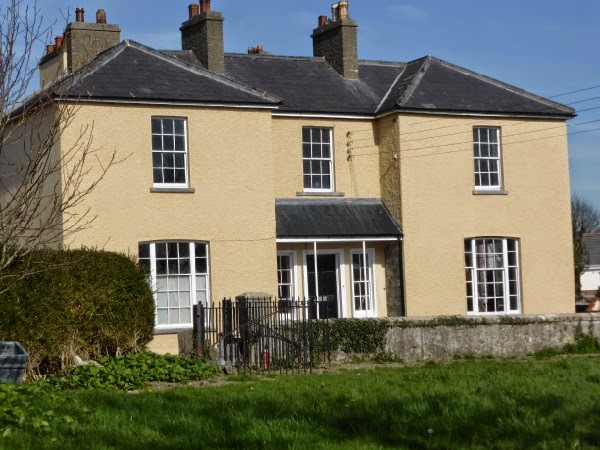 There was a problem with the clock in the spire of St. John’s
and Archdeacon Wallace called to Bridge Rd. to John Griffin to see if he would
undertake the job of mending the clock. There was a problem of access to the
clock. There was, and still is, a door in the building above and to the right
of the clock face which is visible from the Bridge Rd. but the problem was to
access this door from the ground. John Griffin was a resourceful man and he
welcomed the challenge this job offered. 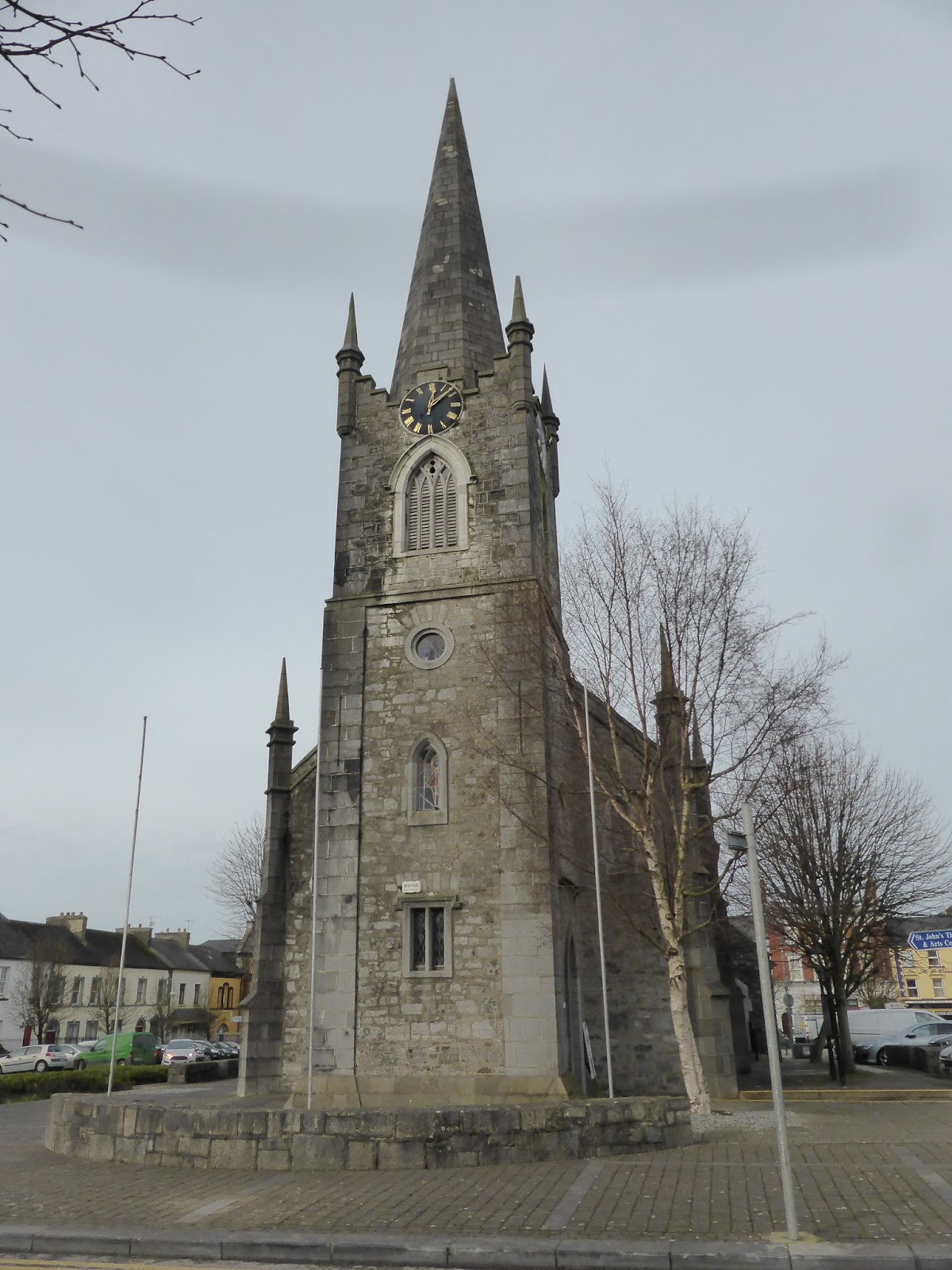 In his own house in the Bridge Rd. John Griffin made a
wooden cage. This cage had to bear his weight as it was hoisted on ropes up the
spire of St. John’s. John had many of
the problem solving skills of a good engineer. He got the design right and,
hoisted aloft in this cage, he got up to the clock and effected the necessary
repairs.

Junior remembers that he or Bert went once a fortnight to
wind the clock and adjust its weights if it was gaining or losing time. He
remembers distinctly a brass plaque which said that the clock was donated to
St. John’s by the “protestant gentry” in 1845. Remembering his history, Junior
was surprised that so much money was spent on a church clock at a time of great
poverty locally.

The plaque has since been removed. 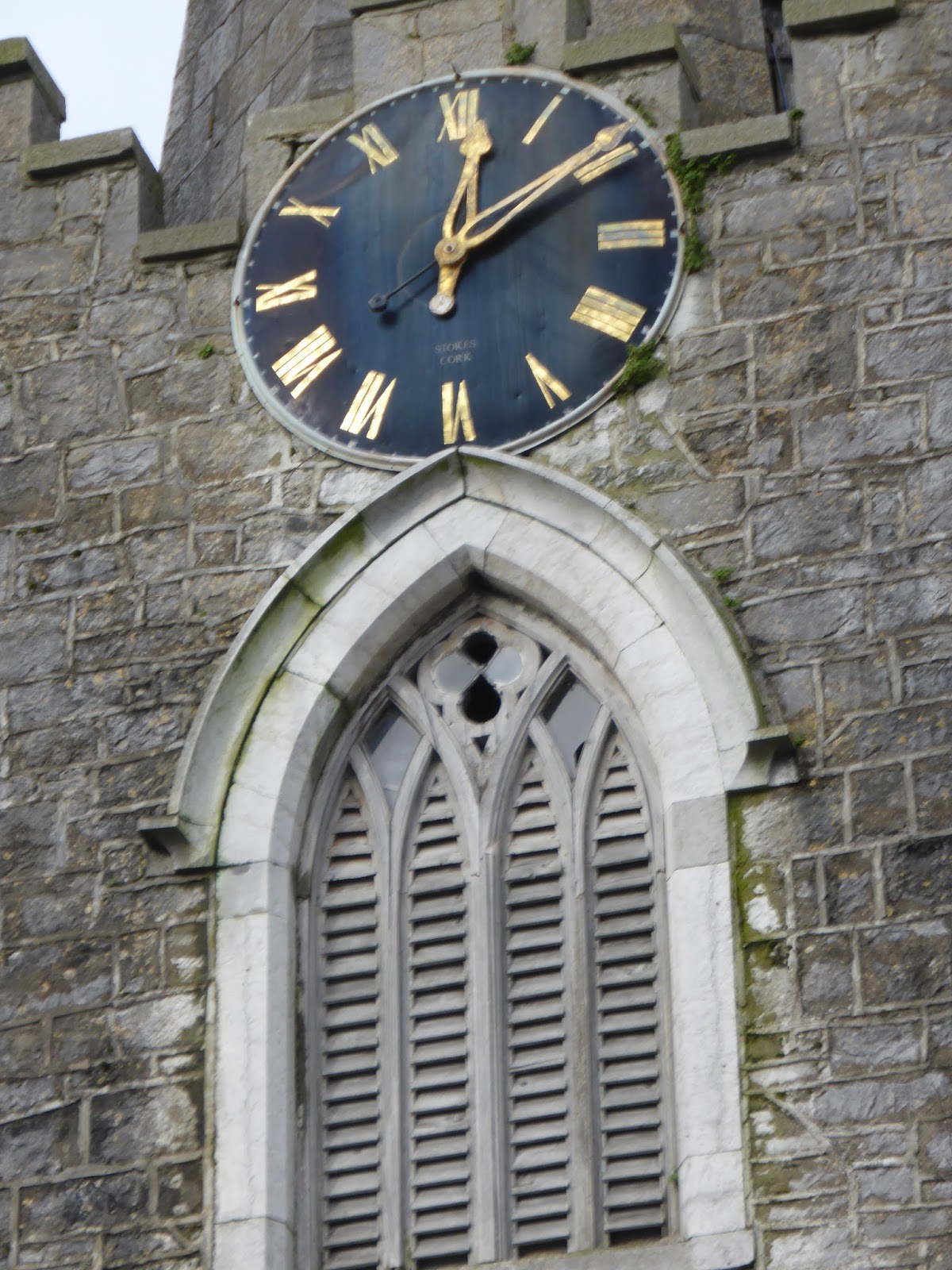 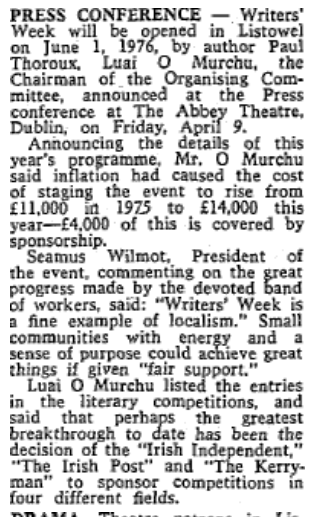 Listowel in the rain

I took these photos on January 31 2016…last day of winter. It’s been a hard one. Few will be sorry to see the back of it. 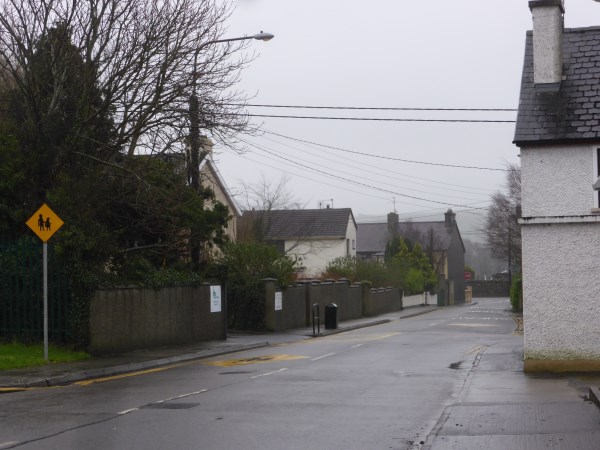 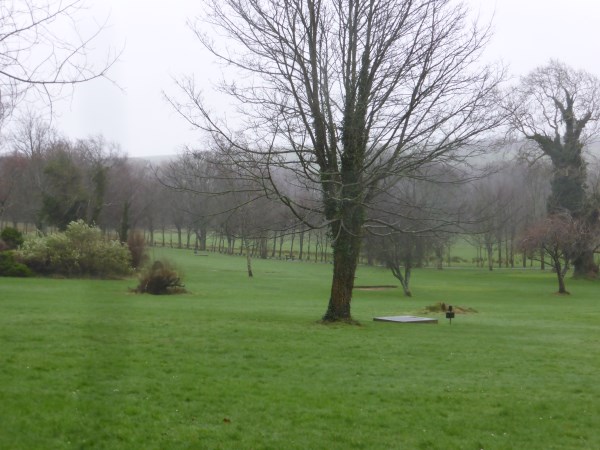 Pitch and Putt game anyone? 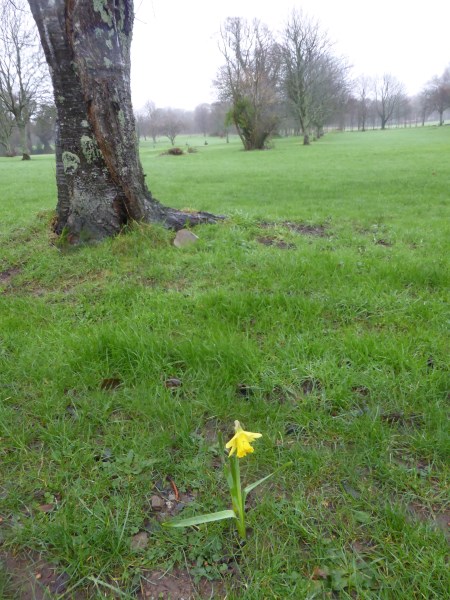 The first of the daffodils 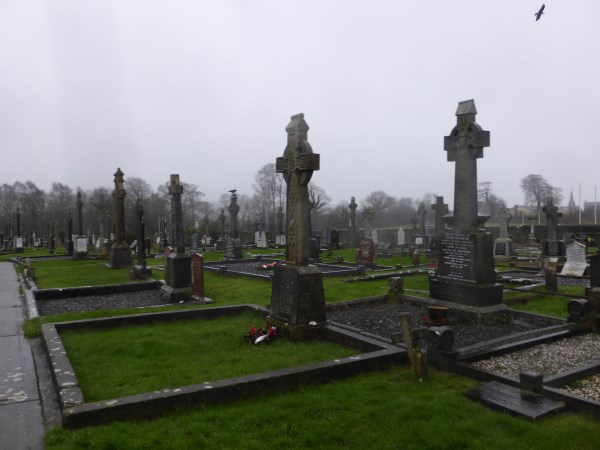 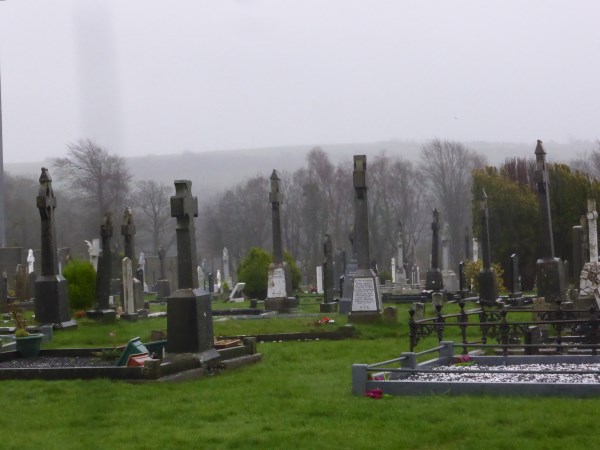 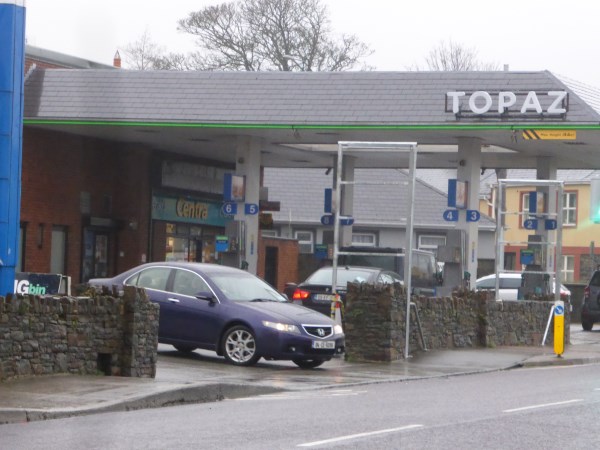 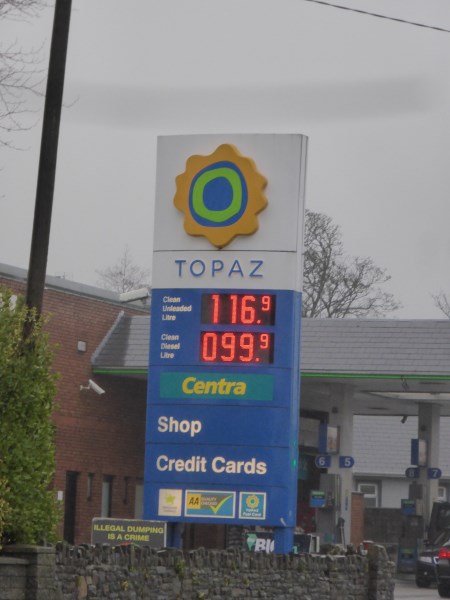 One glimmer on the horizon…fuel prices are falling. 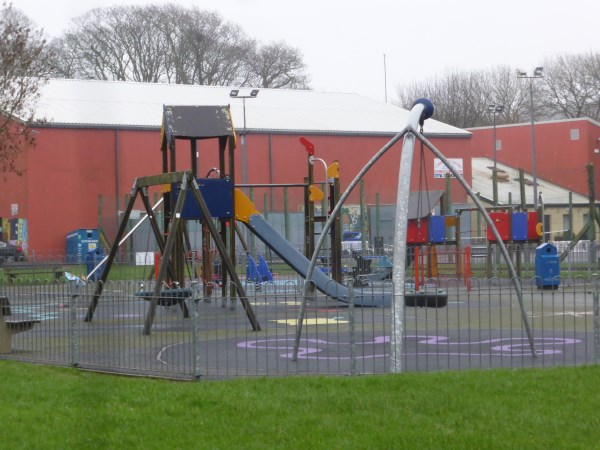 Listowel Lady brings a touch of Style to Leopardstown 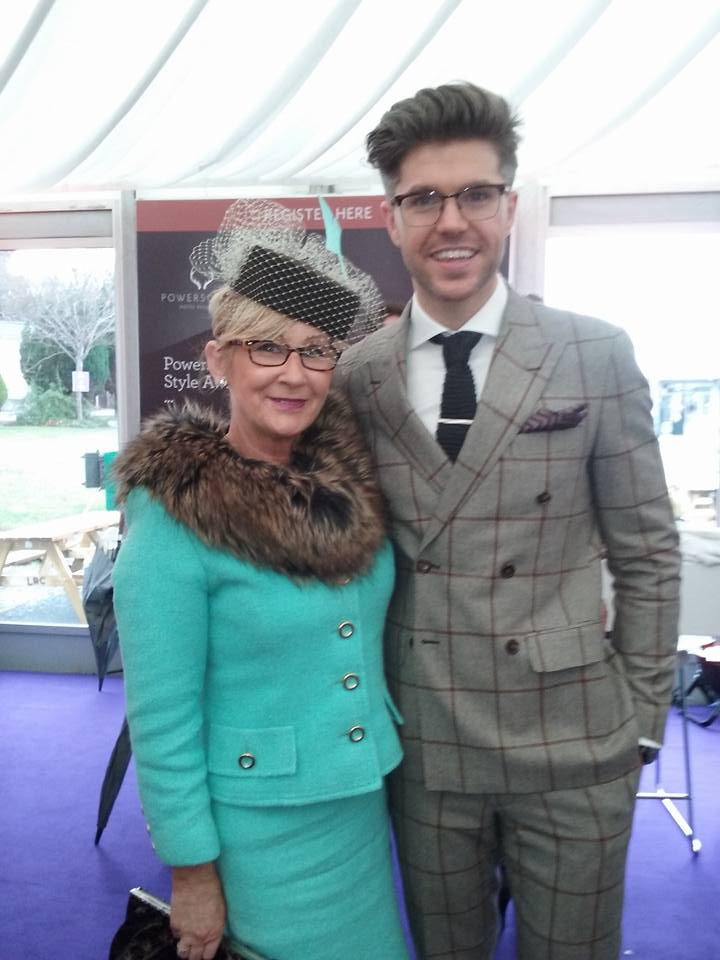 Eilish Stack looked lovely at Leopardstown at the weekend. Darran Kennedy wasn’t too bad either. 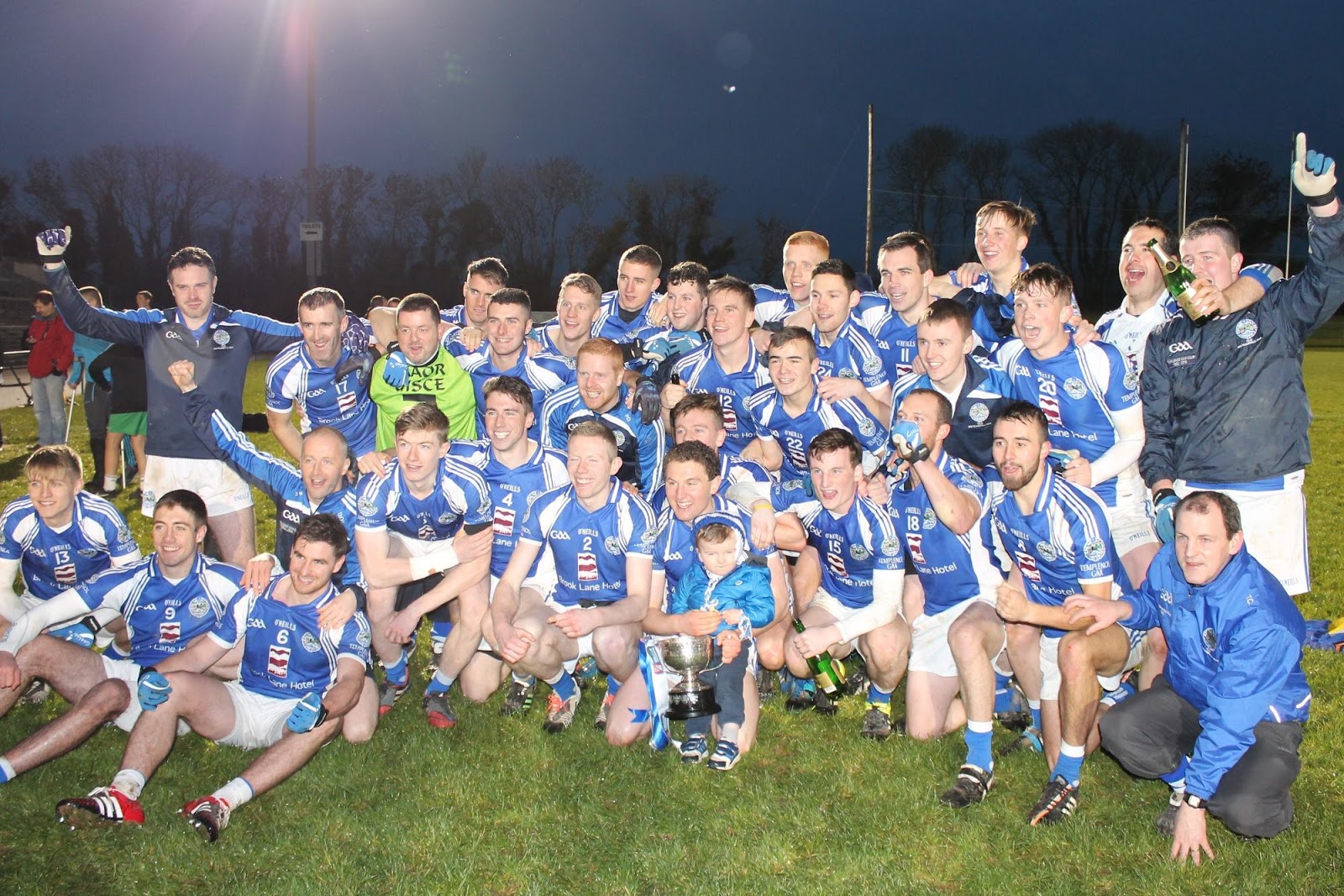 Look at this video….The Final Whistle or listen back to Pat and Mick Spillane’s interviews during the run up to this great victory on February 6 2016 and witness the best of the G.A.A.

Templenoe is a tiny club with no feeder national school. Only one of Saturday’s winning team works and lives locally. Most of the lads are students who will emigrate and scatter once their stint in college is over. What is keeping them together and connected to their home place is the G.A.A.

Templenoe is a lake shore community and they suffered a tragedy recently with the death by drowning of a popular local man .

“Bill Topham, an electrician and the warden at St Patrick’s Church of Ireland in Kenmare, Co Kerry, died after the 17ft (5.2m) boat overturned a few hundred yards from shore. He was making his way with a friend to an island for a duck shoot.” ( Independent.ie)

Mr. Topham was not a member of the G.A. A. but the clubmen were among the 240 local people who formed the search party that eventually recovered his body. His funeral time was organized so that his neighbours and friends could attend before making the trip to Dublin for the game.

G.A.A. is about friendship, neighbourliness and community. Winning matches is just the icing on the cake.