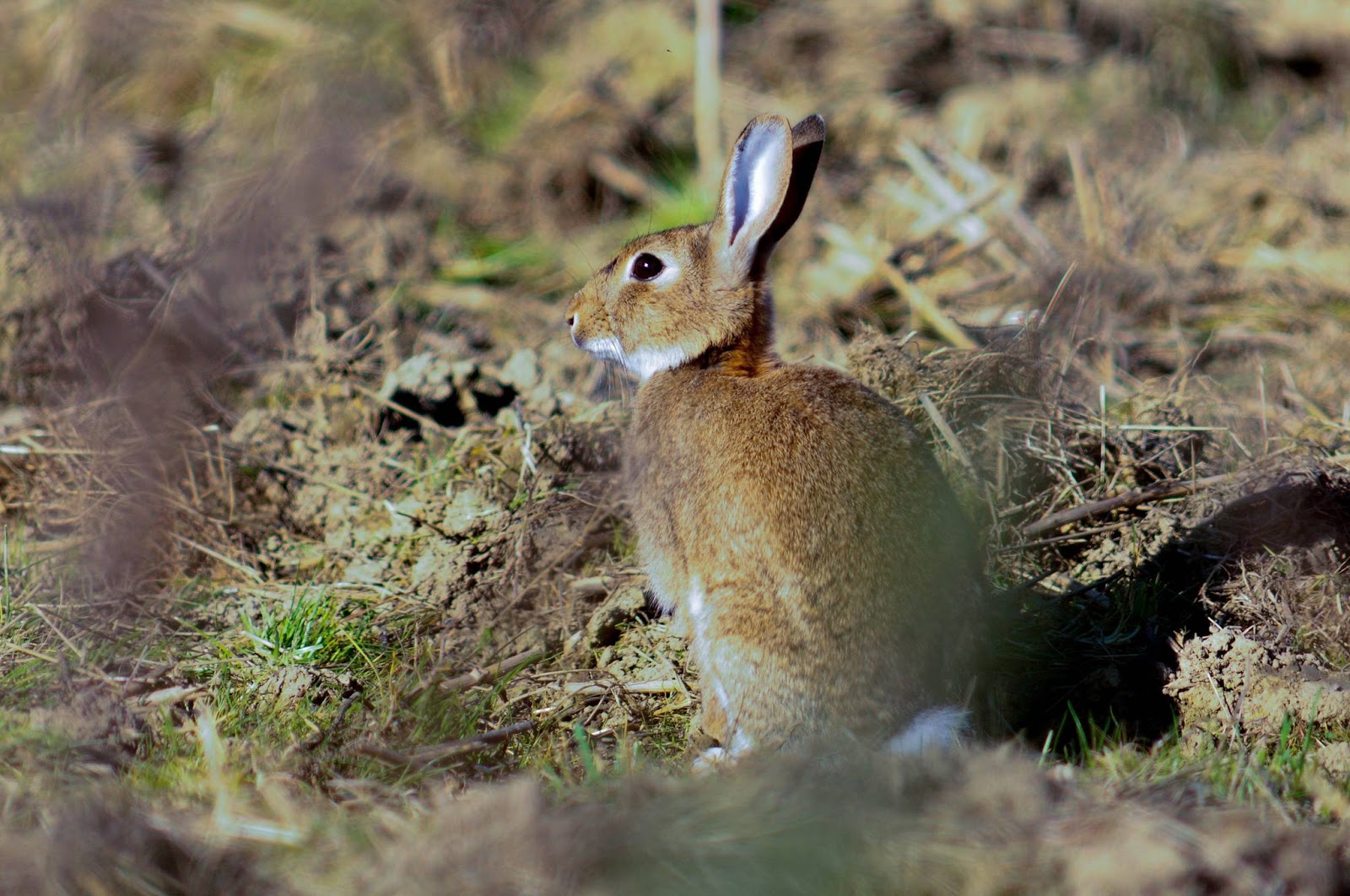 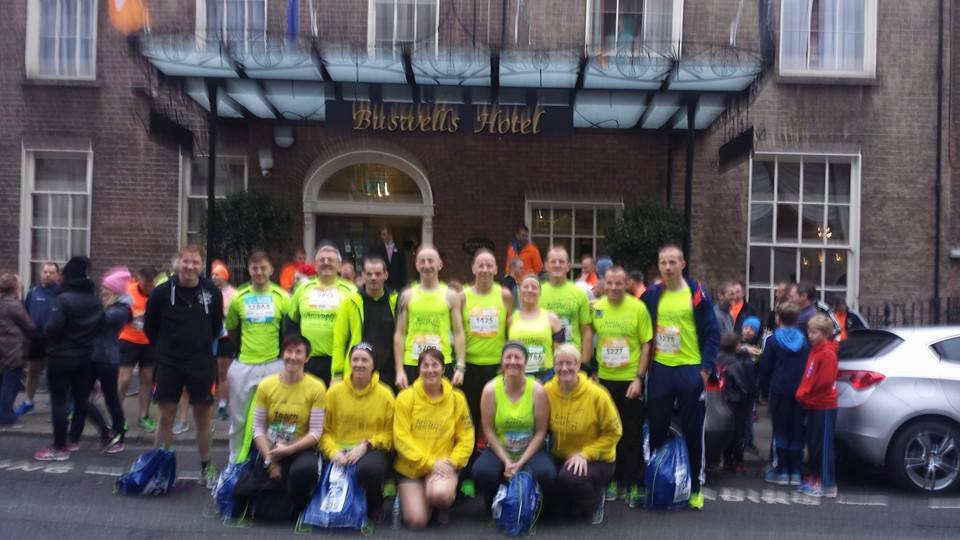 Kerry Crusaders were out in force yesterday for the Dublin City Marathon. 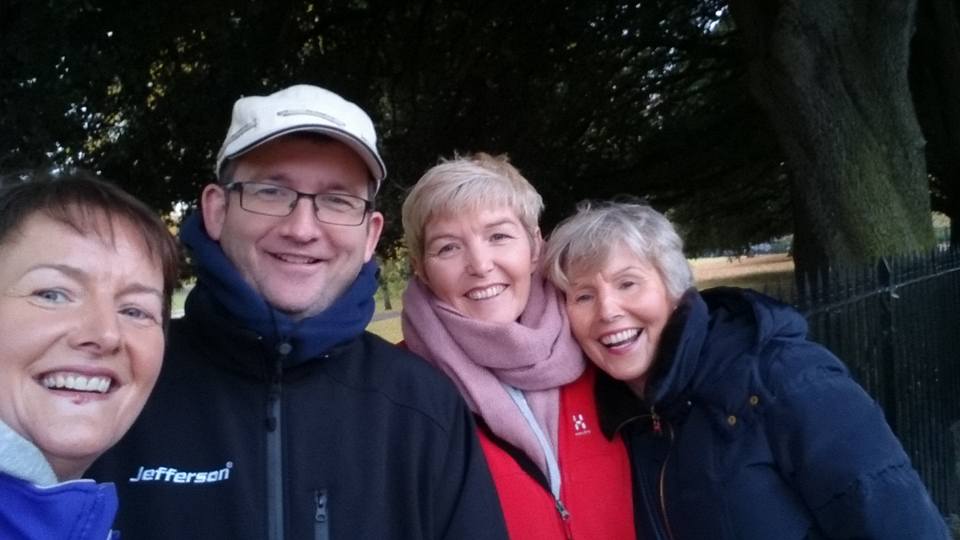 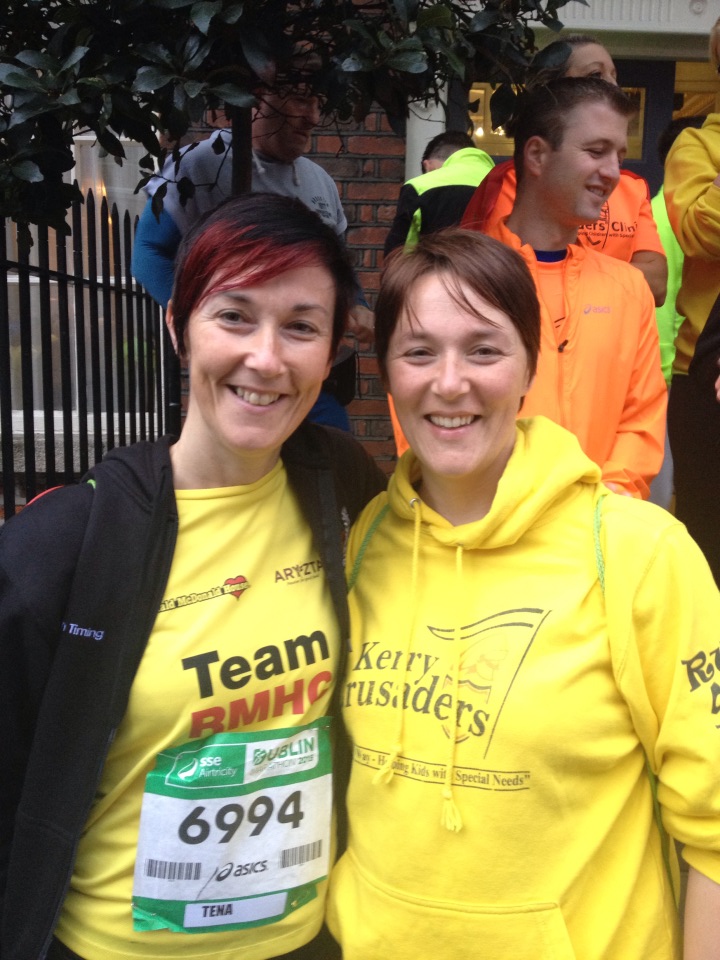 Listowel sisters Tena and Rochelle Griffin, pictured before the start. 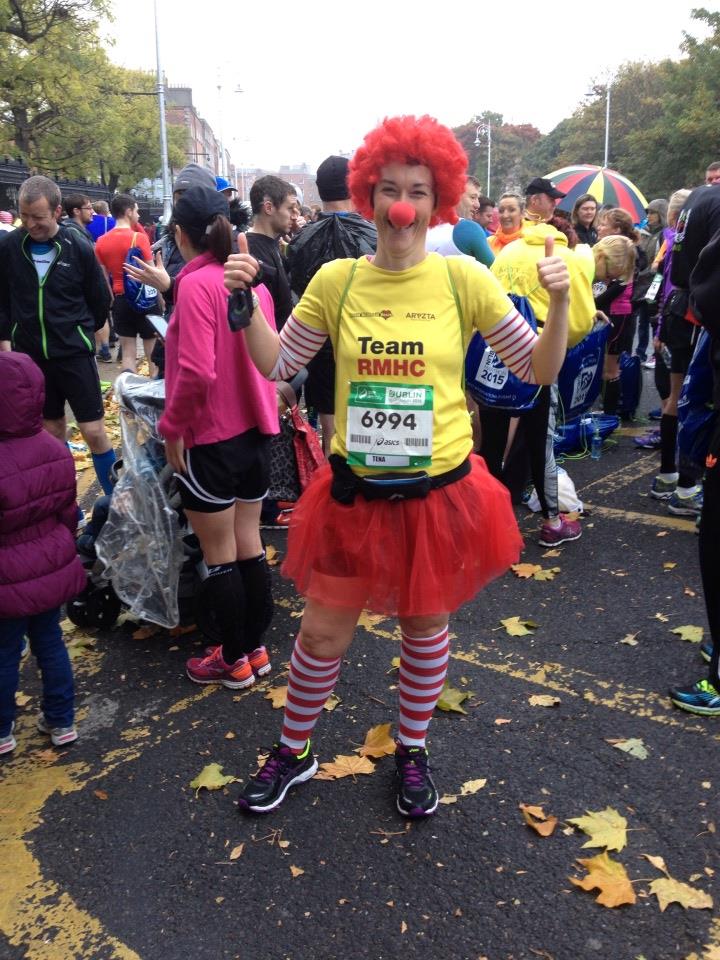 Tena was running on behalf of a charity that is very close to the hearts of her family:

All I know is a door into the dark.

Inside, the hammered anvil’s short-pitched ring,

The unpredictable fantail of sparks

Or hiss when a new shoe toughens in water.

The anvil must be somewhere in the centre,

Horned as a unicorn, at one end and square,

Set there immoveable: an altar

Where he expends himself in shape and music.

Sometimes, leather-aproned, hairs in his nose,

He leans out on the jamb, recalls a clatter

Of hoofs where traffic is flashing in rows;

Then grunts and goes in, with a slam and flick

To beat real iron out, to work the bellows.

I was reminded of this Heaney poem recently when I read a lovely account on Moyvane Village on Facebook of the last blacksmith/ farrier in the village.

The last blacksmith in the village was Maurice O’Connor who was known to locals as “Mossey Cooney”. His Forge was on the Glin Road and it was built around 1850. It was originally owned by McElligotts before Mossey’s father Con O’Connor took it over. Mossey’s uncle Tom also worked in the forge and he owned the famous greyhound Dainty Man who won the first Irish Derby in 1930.

“Three cheers for Tom Connor to give now we must,
That his hammer and anvil might never show rust.
And that we in the future around Newtownsandes
Will see more Coneen Brosnans and more Dainty Mans.” 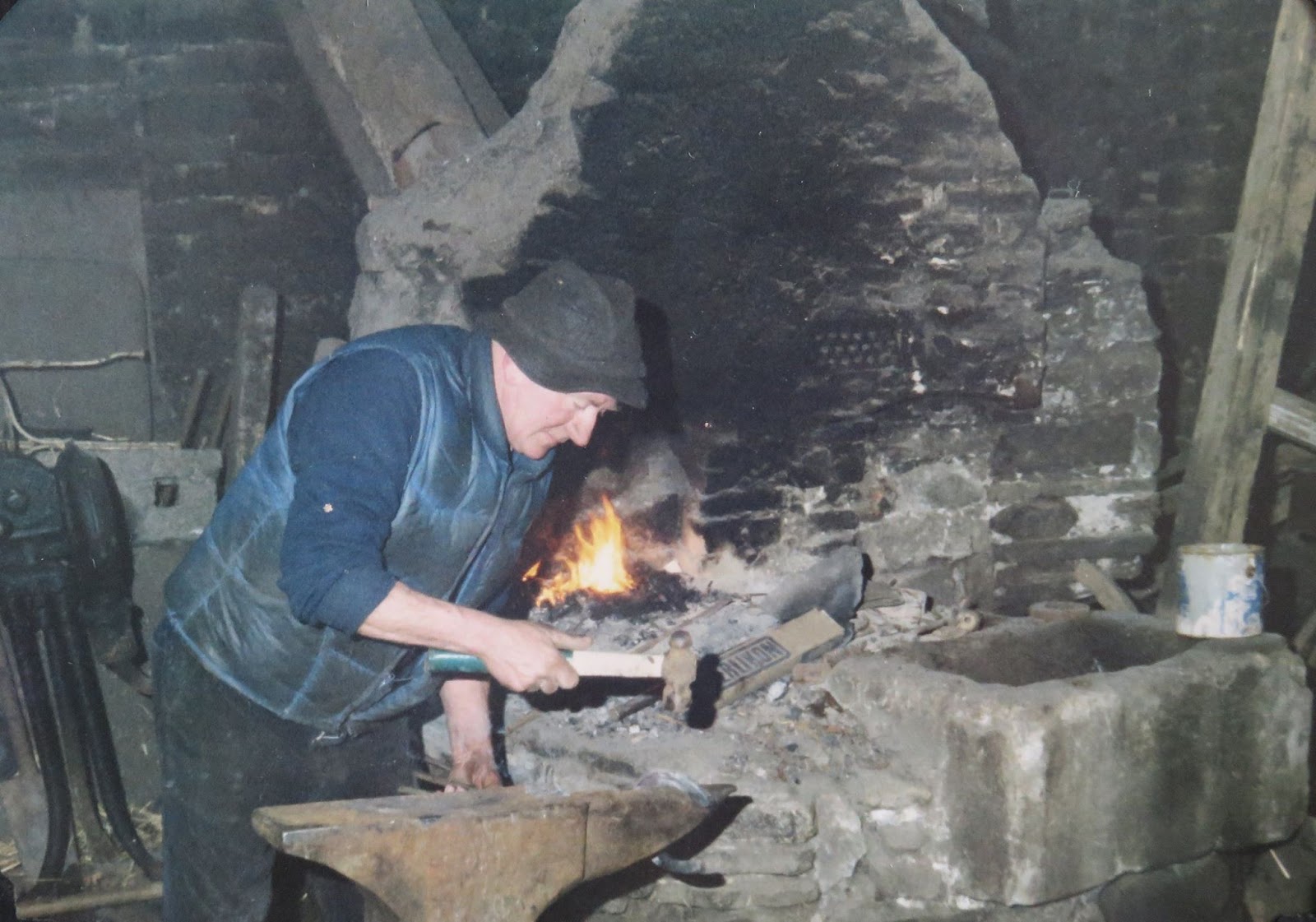 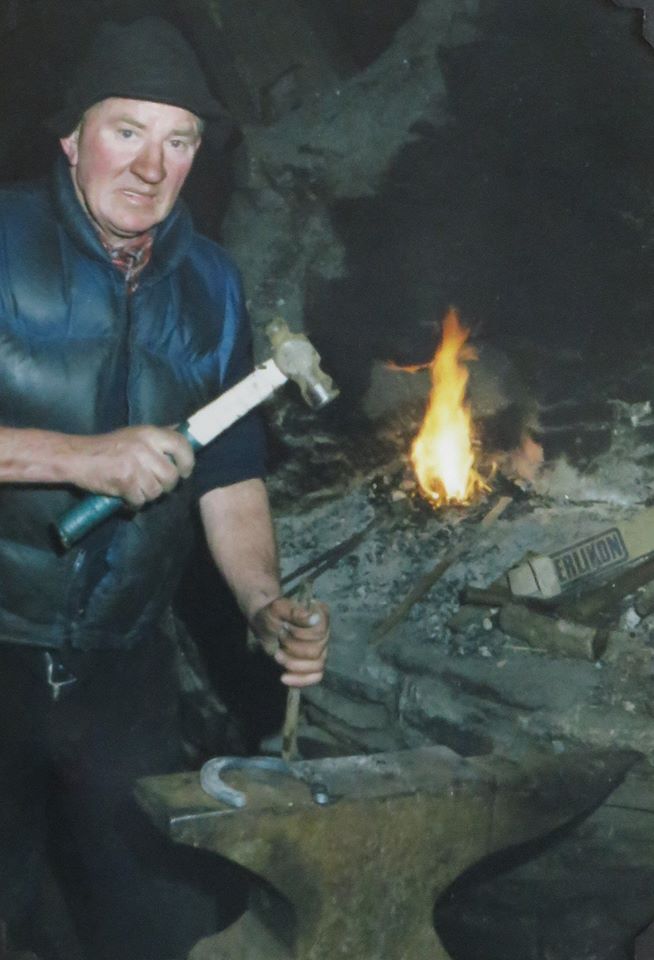 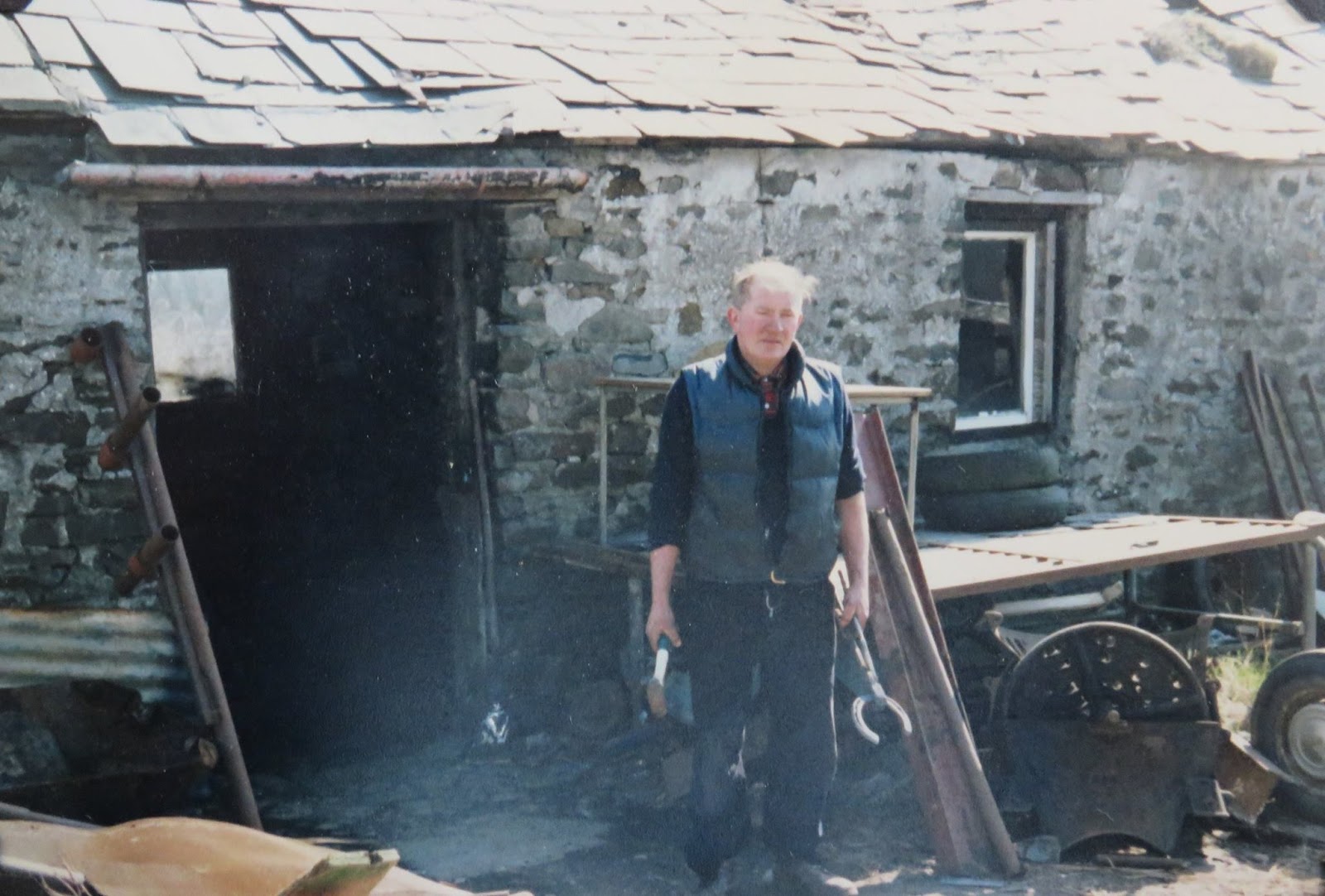 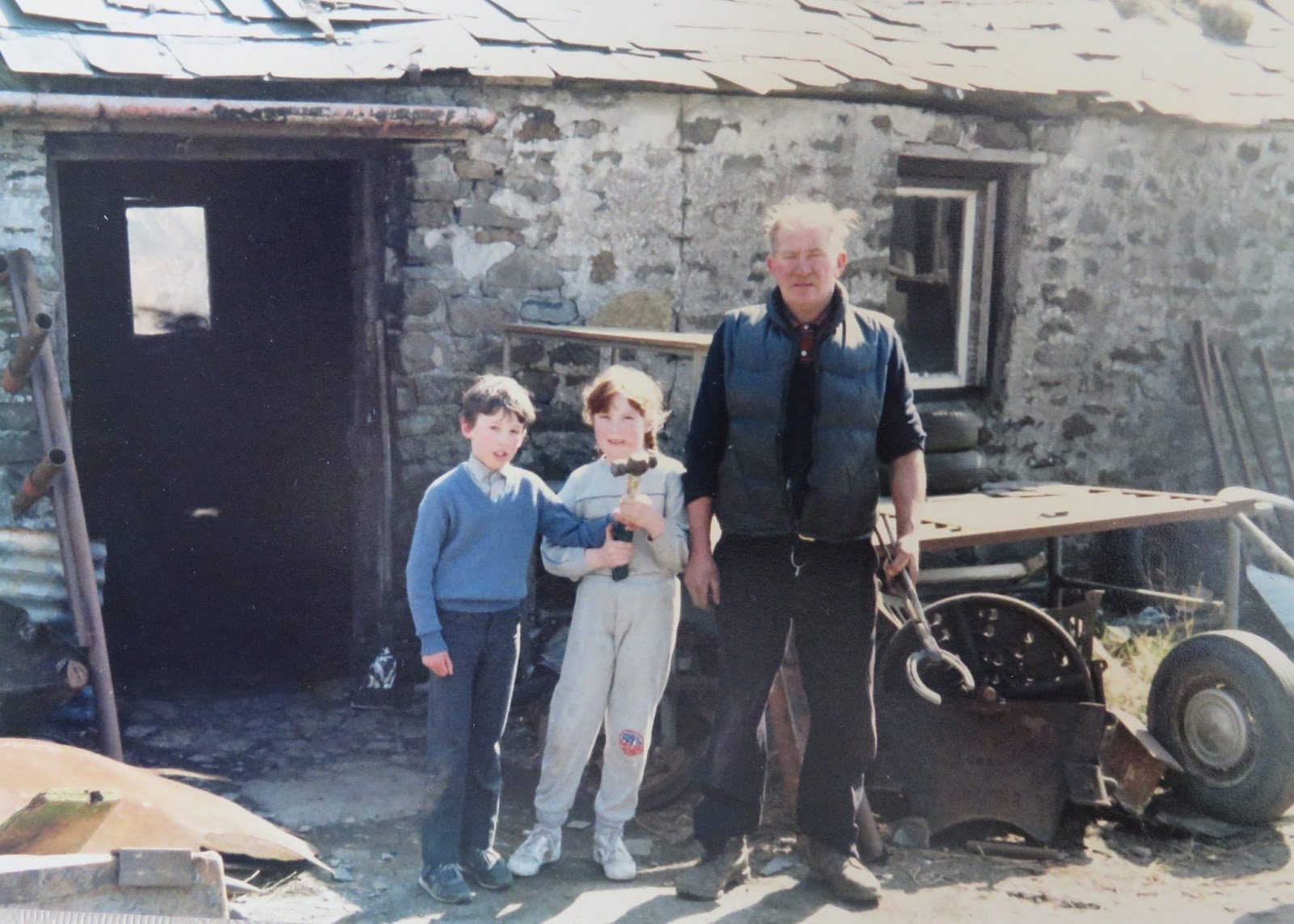 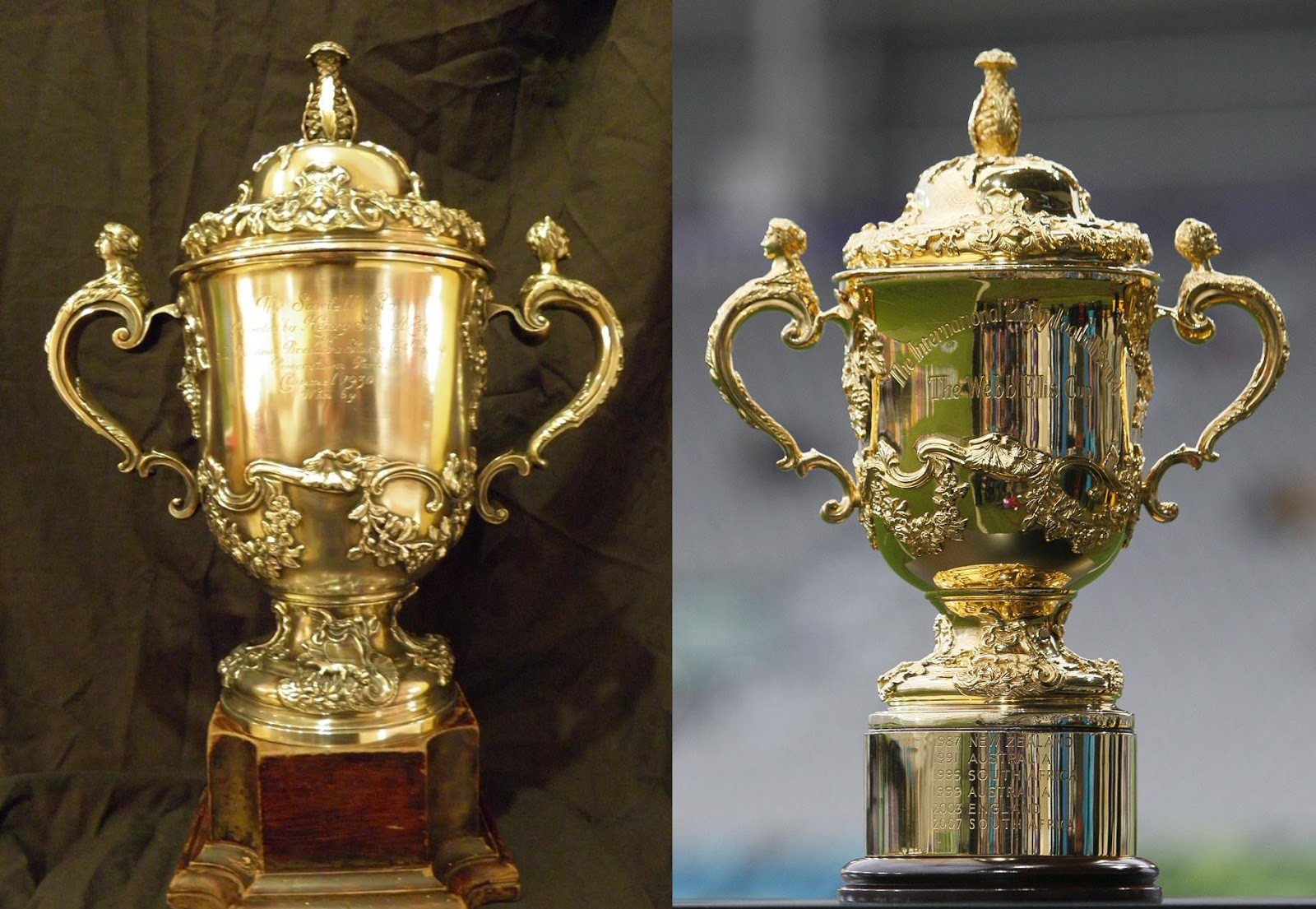 If Ireland had won The Rugby World Cup, the trophy might have found its way to Kerry to reunite with its exact replica, the Sawtell Cup which has resided with the O’Connors in Moyvane for the past 85 years.

The Sawtell Cup was won by Dainty Man at the first Irish Derby in Clonmel in 1930. It was worth 100 guineas at the time. The cup was created by Carrington and Company in London who also created the original Webb Ellis Trophy in 1906. It is a Victorian version of an original cup fashioned in 1740 by renowned English designer and silversmith Paul de Lamerie.

The Cup is silver gilded in gold, 38 centimetres tall with two cast scroll handles. On one there perches the head of a satyr, on the other the head of a nymph. The terminals are a bearded mask, a lion mask and a vine. The pineapple on the top was for centuries a symbol of welcome, hospitality and celebration, and Dainty Man and his owners and trainer were treated to all three when they returned victorious to Moyvane in 1930.

A walk in The Park 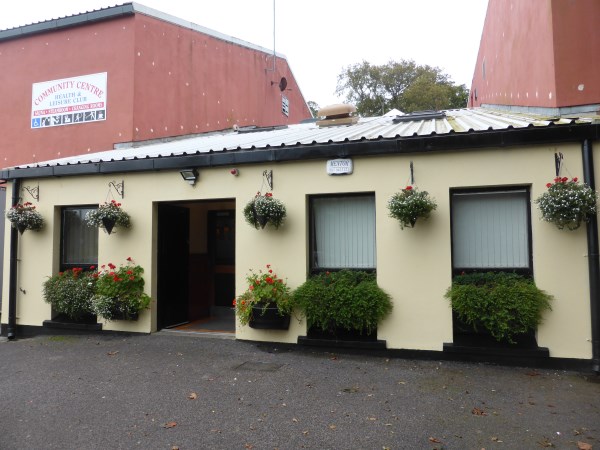 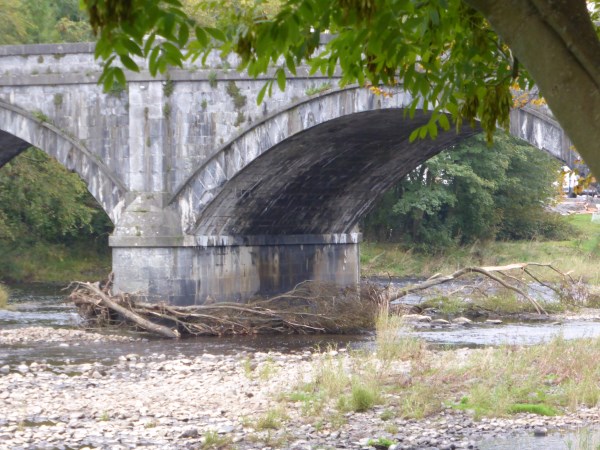 Recent storms have brought down some debris. 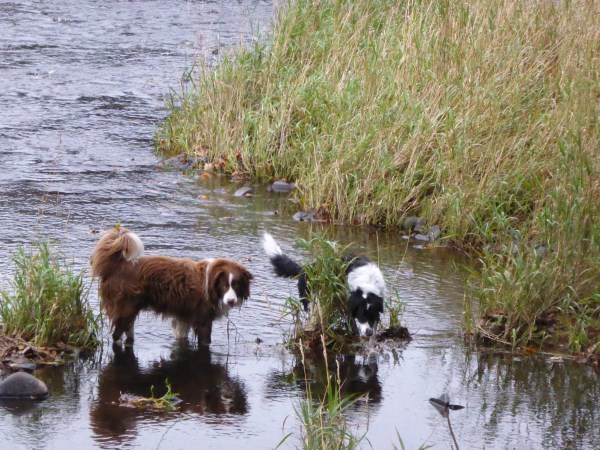 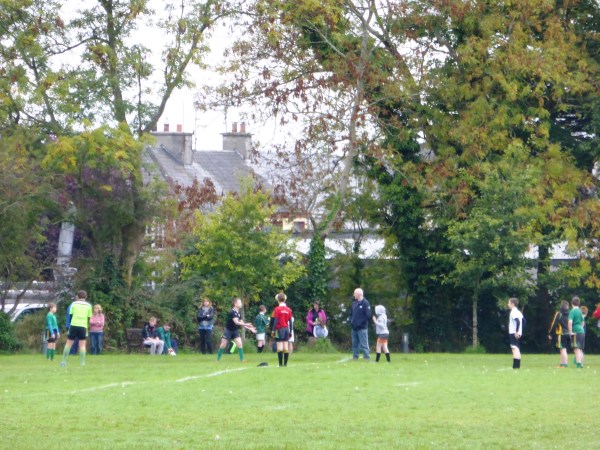 On Saturday morning the local rugby youth were warming up prior to a match. 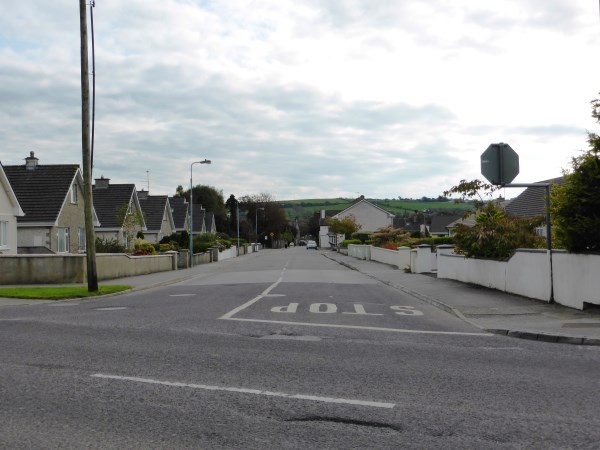 This is the view looking down Dowd’s Road from the John B. Keane Road. 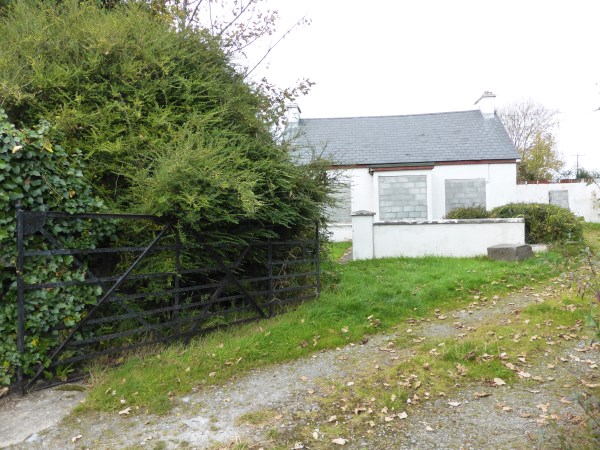 Dowd’s Road is named after the family who lived in this house, now unoccupied and falling into disrepair.

Once upon a time the railway ran along what is now the John B. Keane Road.

As I roved out

Saturday, October 24 2015 was a beautiful Autumn day. I took a walk  by the river Feale and I encountered these 2 filmmakers at work. 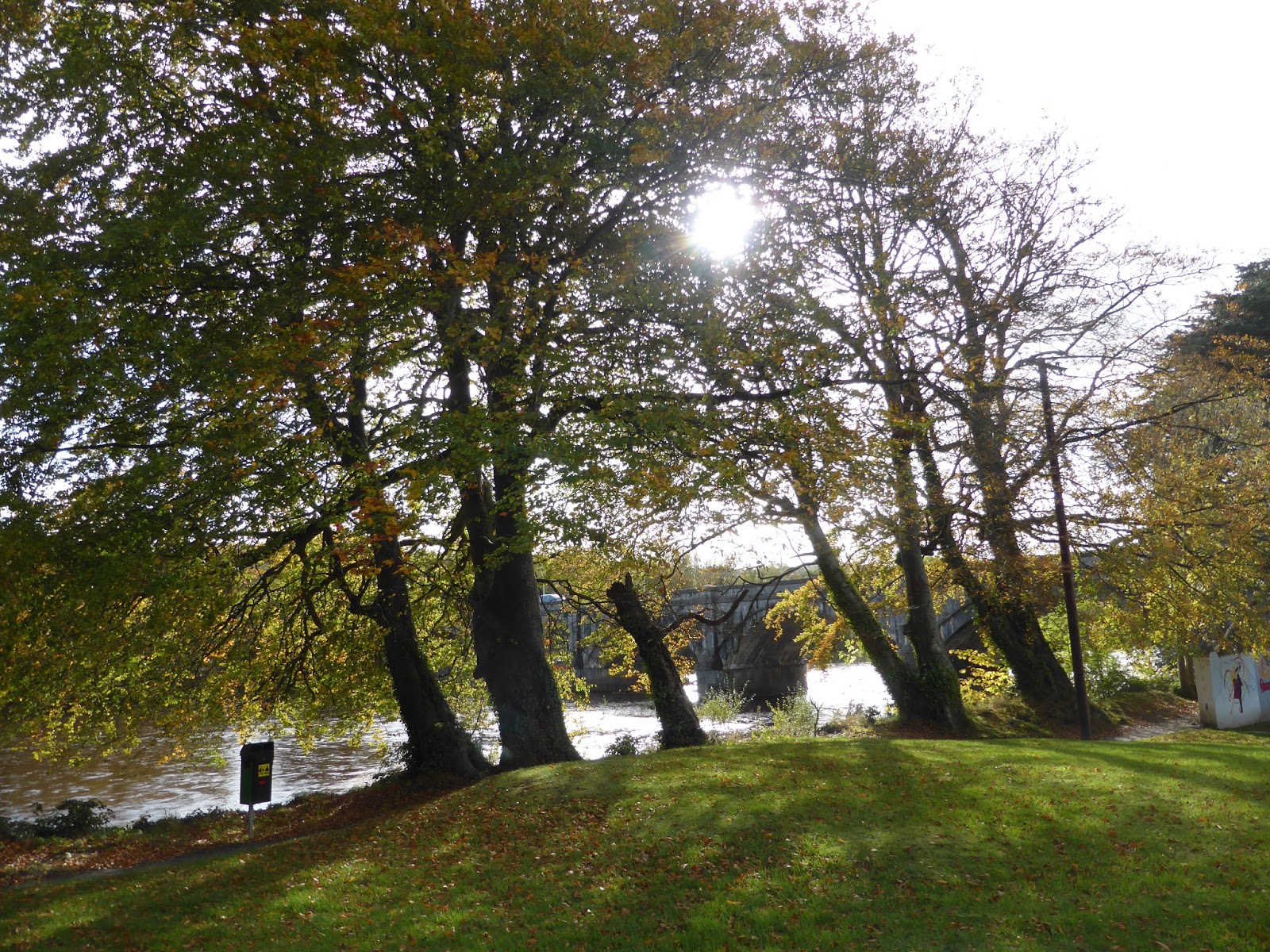 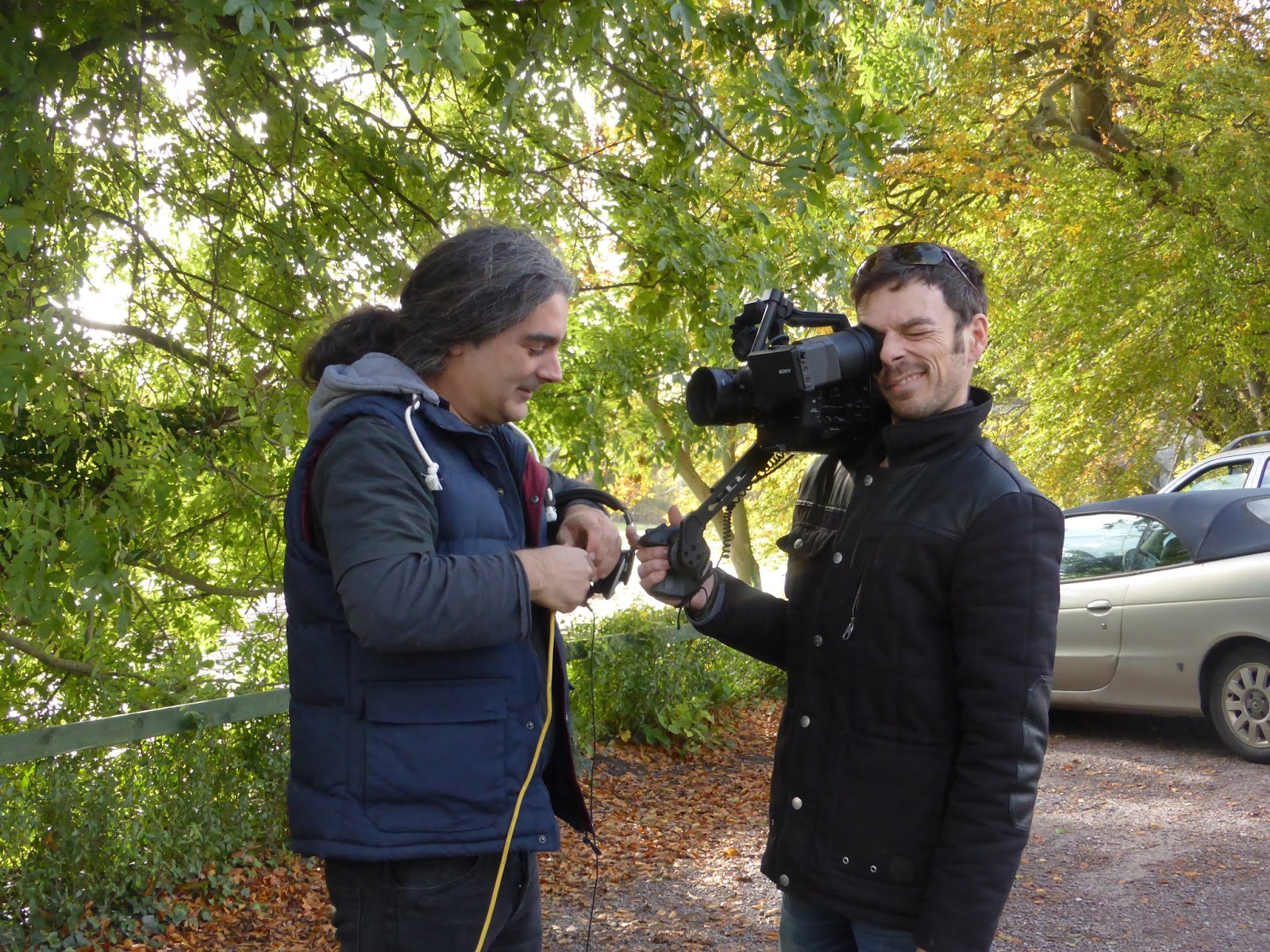 We all love a selfie

Even the famous like to be photographed with the famous. Daniel O’Donnell was on the Late Late Show on Friday evening and he posted a photo of himself with fellow guest, Joe Schmidt  on his Facebook account. 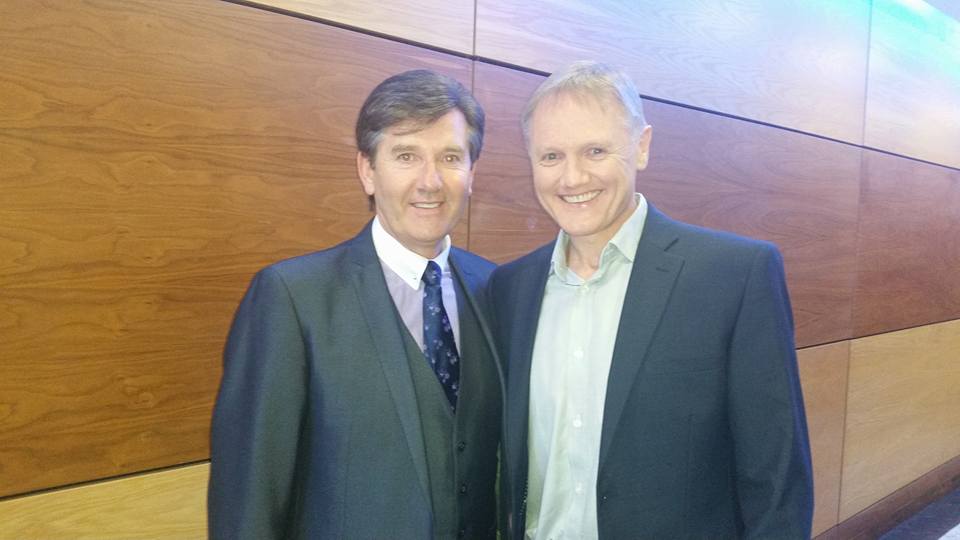 Crafters, Some Pres. Old Girls and grandchildren in Christmas shop