Today I will return to a few themes which I have neglected while I was dealing with demand for photos of the ladies on Ladies’ Day.

First up is military history. You may remember the Dr. Enright who attended to Con Dee after Gortagleanna. His grand nephew, Liam Enright wrote to me to tell me that this Dr. James Enright had a brother Dr. Thomas Enright who, ironically, was killed in Salonica in 1918 while serving in the British Army. Liam was able to find a photograph of his headstone and the military cemetary where he is buried in Salonika ( now Thessalonika, Greece) on the internet. 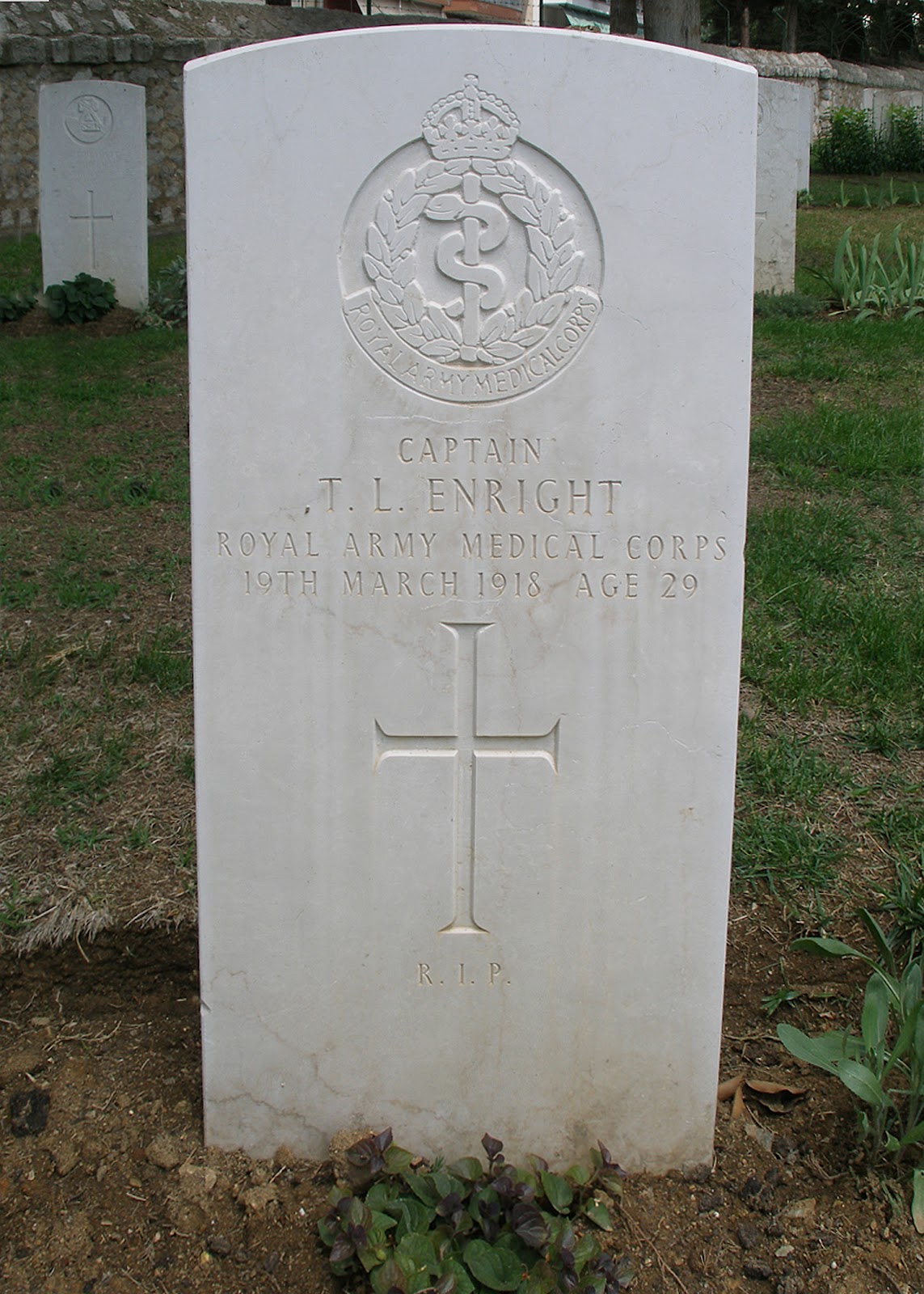 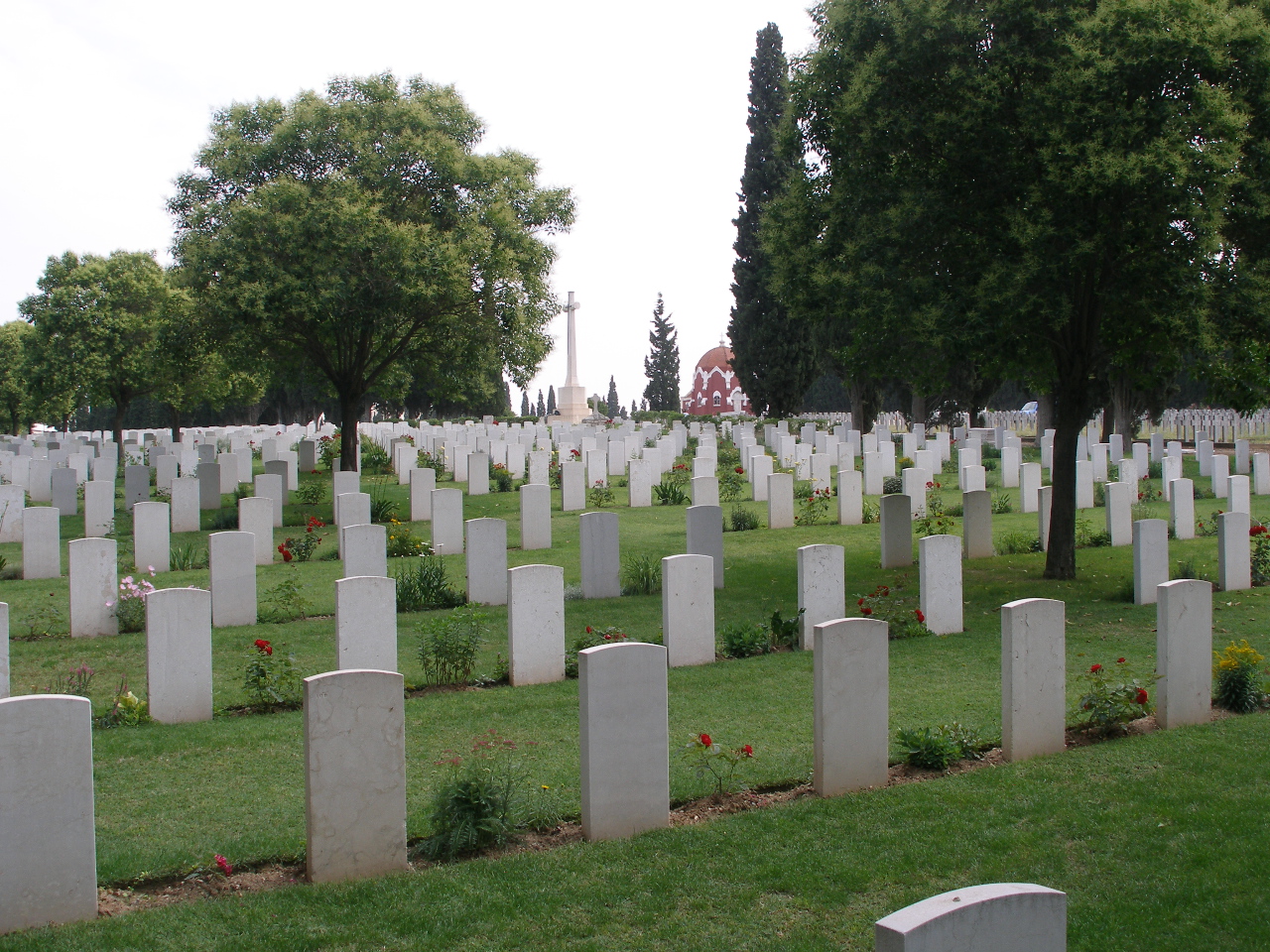 In case any other blog followers are interested, Liam was able to find the photos on a website called The War Graves Photographic Project where you can buy these photos for a small fee. You may find pics of your own relations lost in both World Wars. Here is the link

I heard again from James Scanlon and he sent us this useful link for information on relatives who were active during the war of independence.

“For those who want to research their relatives in more depth this other website gives an excellent guide to the documents which can be got from the military pensions process of the 1920’s and 1930’s.”

Next up is an Olympic story with a Listowel (more correctly Finuge ) connection.

The following information was sent to me by John and Monica Summers,
who live in Sydney, Australia but who have a Whelan connection with Finuge.

(Sorry about the format. It’s a digitized old newspaper…March 14 1952)

Pat Leane’s  family was from Finuge and there are still members of the family living there including Nell Leane who was born in Australia, fell in love and moved to Finuge in the 1950s.

Rugged Pat Leane has impressive records for almost everything on theathletic field. He has hopes of Helsinki; Leape football nay claim him.

He’s going to make one last do-or-die bidto crash his way into the Helsinki team thismonth. And rugged Pat can do it if anyone

Tomorrow he will .be inthe last stage of the stiffVictorian decathlon cham-pionship – the perfect out-let for his varied and out-standing talents.

lete to better the Olympic stan-dard of 6ft. 4in. for the highjump.

FOR recreation he plays

a keen game of tennis,and in his spare time playsthe piano!

A natural athlete, Pat beganpicking up sport trophies as a12-year-old at De La Salle Col-lege, Malvern. He was good atfootball, cricket, and handball,and school champion in the 100and 220 yards, high and broadjumps, and shot put.

Experts believe he has such

terrific potential that If he had |

been coached consistently overthe last 10 years he would nowbe in top international class inany one of his strong events.But Pat, undisturbed, likes tohave a go at everything,although he prefers jumping.

For his decathlon trainingPat Is building up stamina withtwo six-minute miles once aweek, and improving techniqueon five other days.

Pat‘s future is uncertain. Hisburning ambition is to repre-sent Australia at the OlympicGames. But if he doesn’t go toHelsinki, his athletic careermay be cut short.

Pat‘s engaged to a Ballaratgirl, and a tempting offer hasbeen made for him to play pro-fessional football with NorthMelbourne.

He makes no attempt to dis-guise his love for athletics, butprofessional football would helphim establish a home. It wouldalso immediately disqualify him

“But,” says Pat with aProbably they reckon he’dbe a world-beater at thegood old Irish game ofhurley.

Another story from down under. 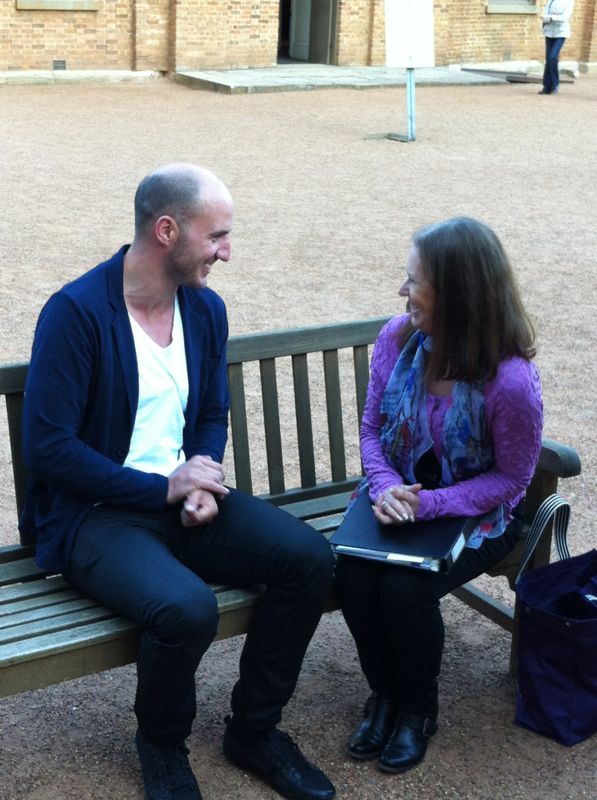 Meanwhile in Sydney, Tadhg is still filming The Gathering. Here he is talking to Barbara, a descendant of Bridget Ryan who left the workhouse in Listowel as a ‘famine orphan”. 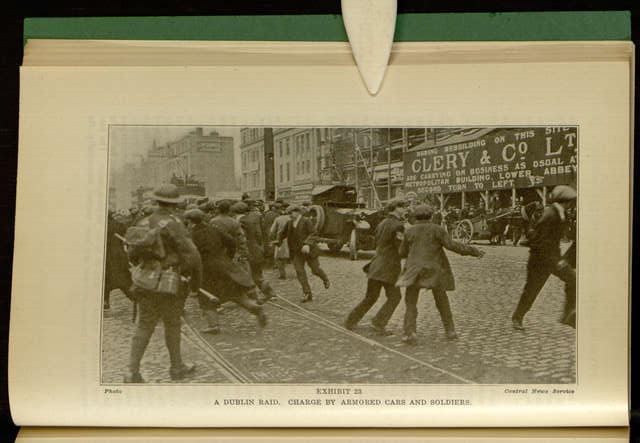 Clerys during the Civil War