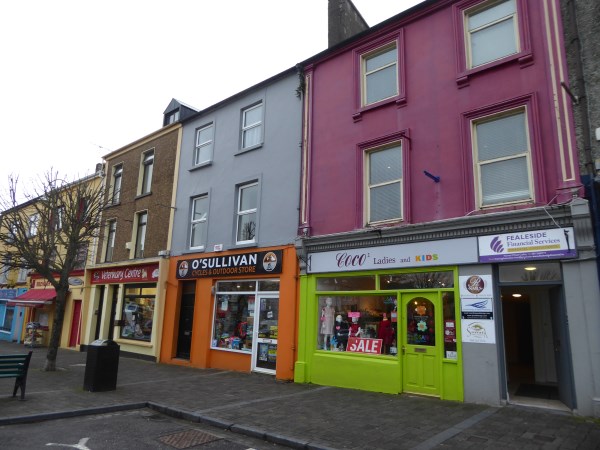 Among the trove of great photographs that I was given by Danny Gordon are a few from a St. Patrick’s Day sometime in the late 1980s or early 1990s.

I’m going to post them here and see if they spark joy and happy memories in some of you my blog followers. 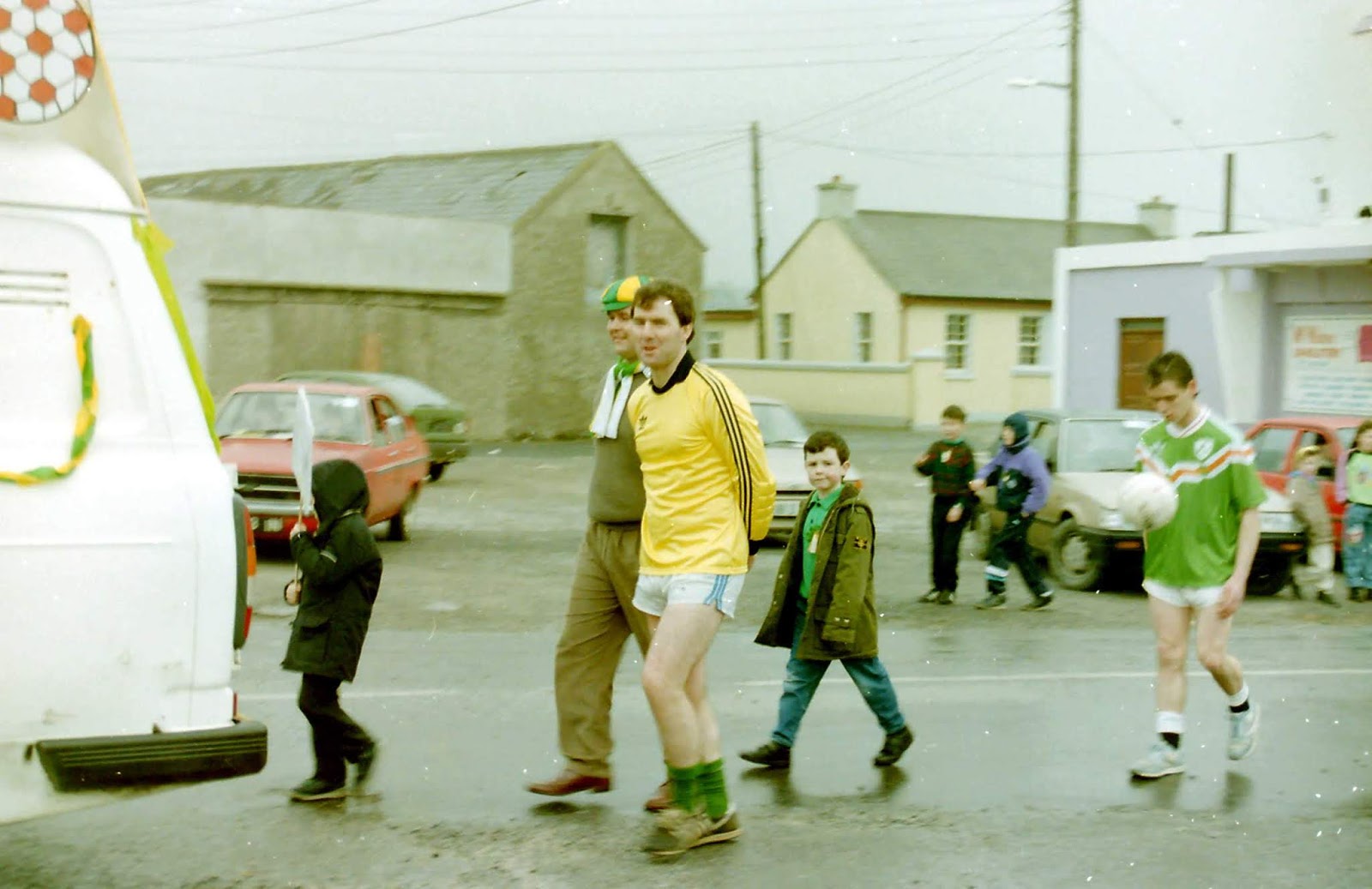 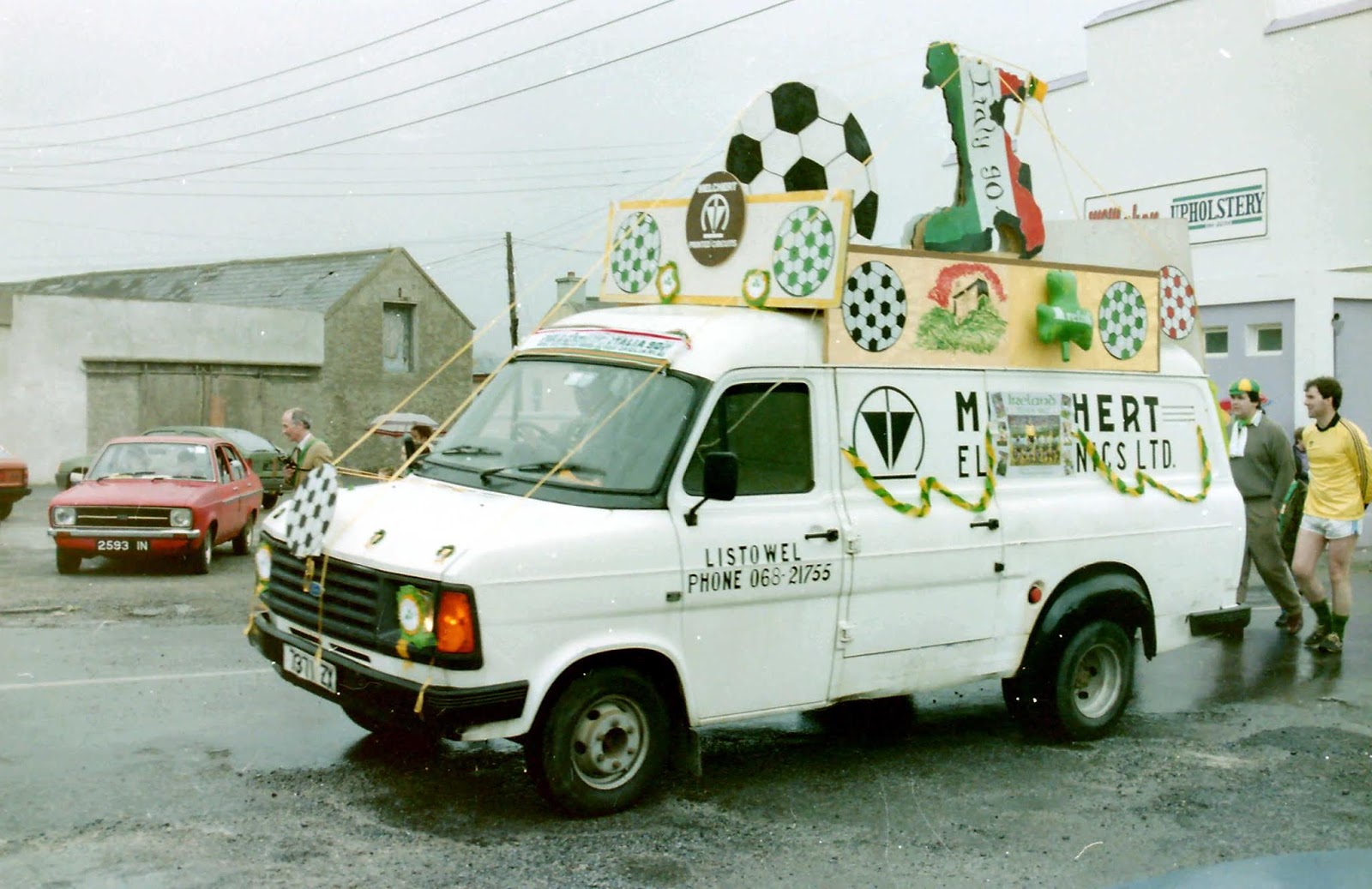 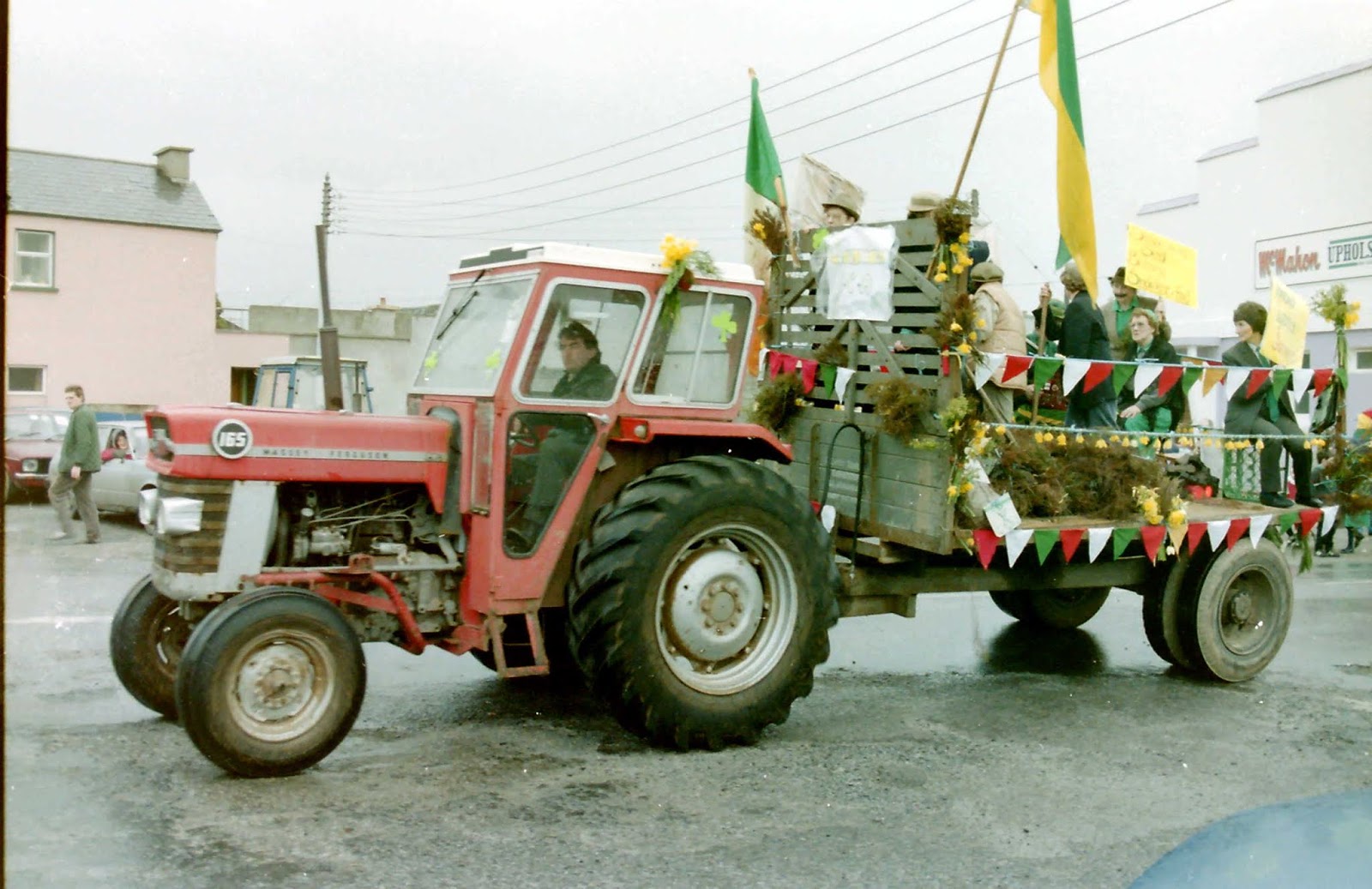 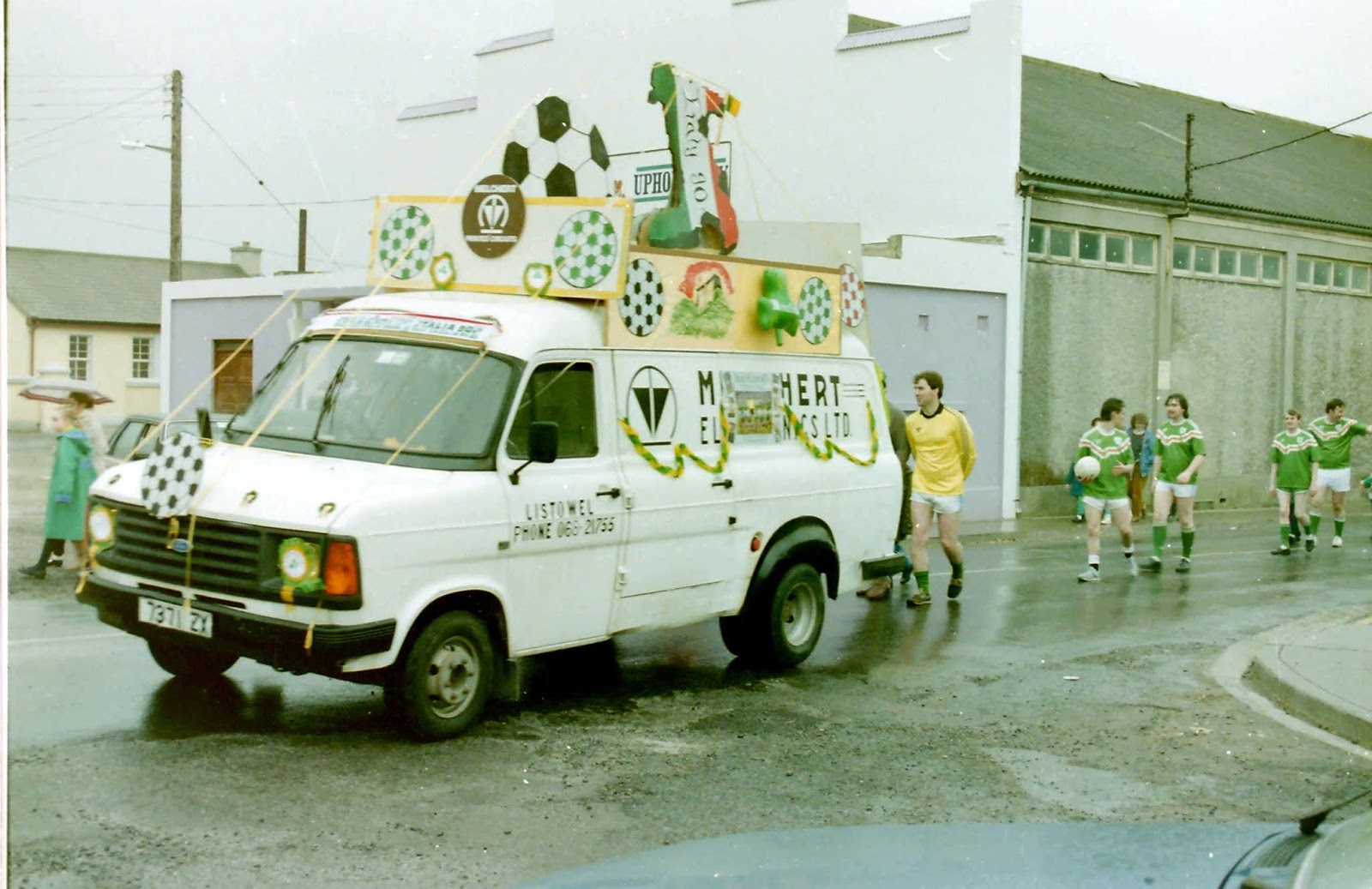 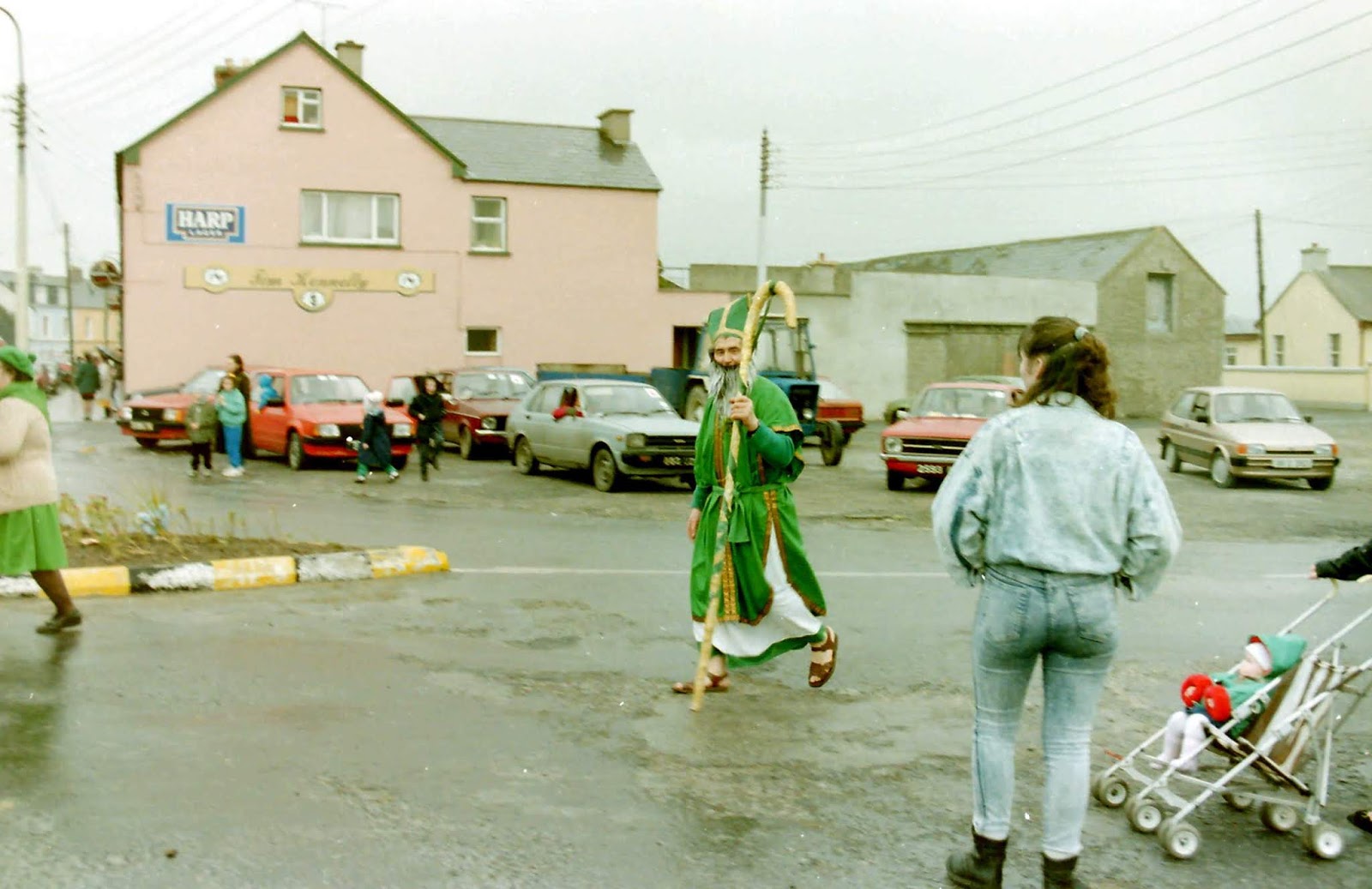 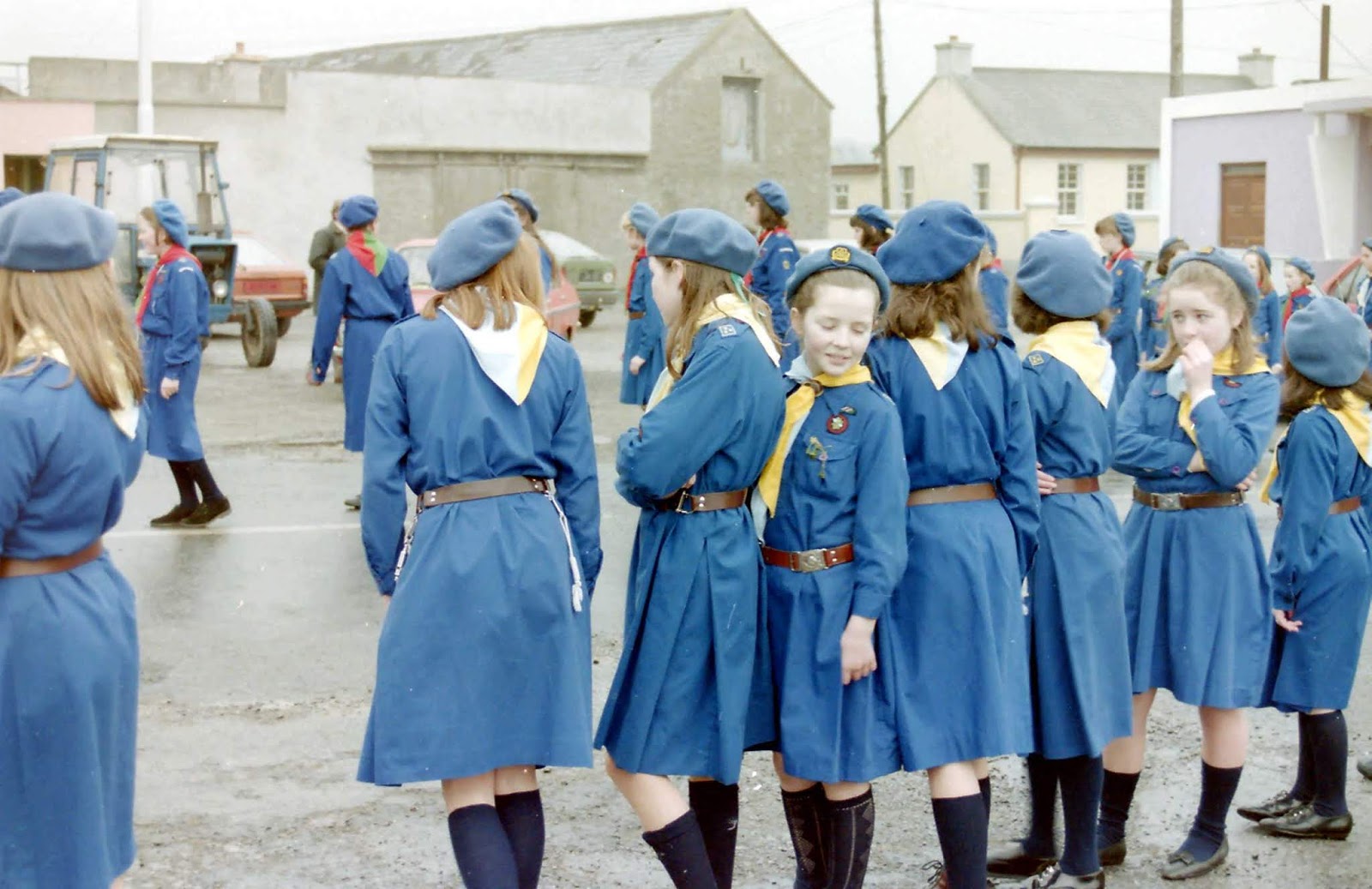 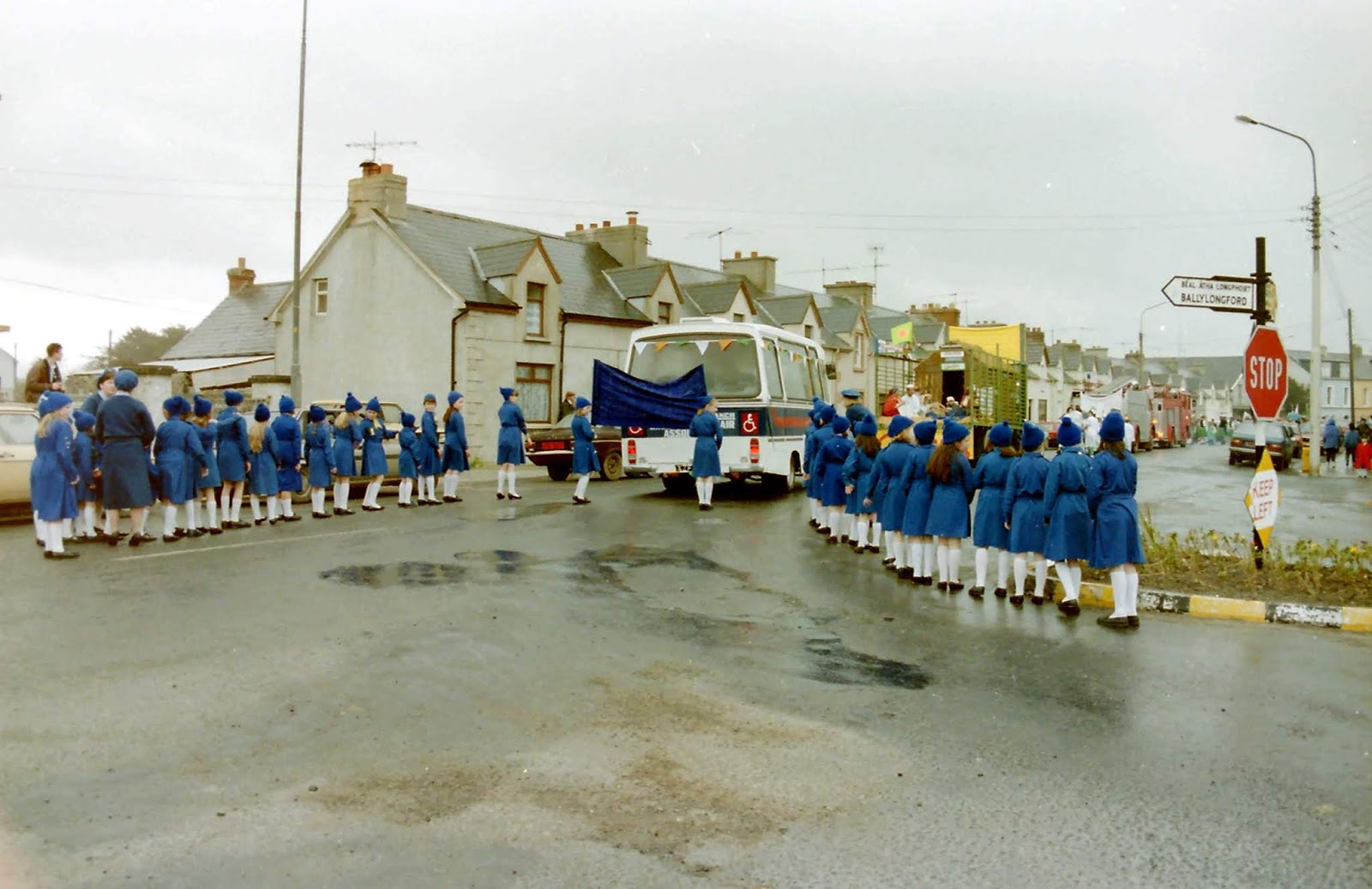 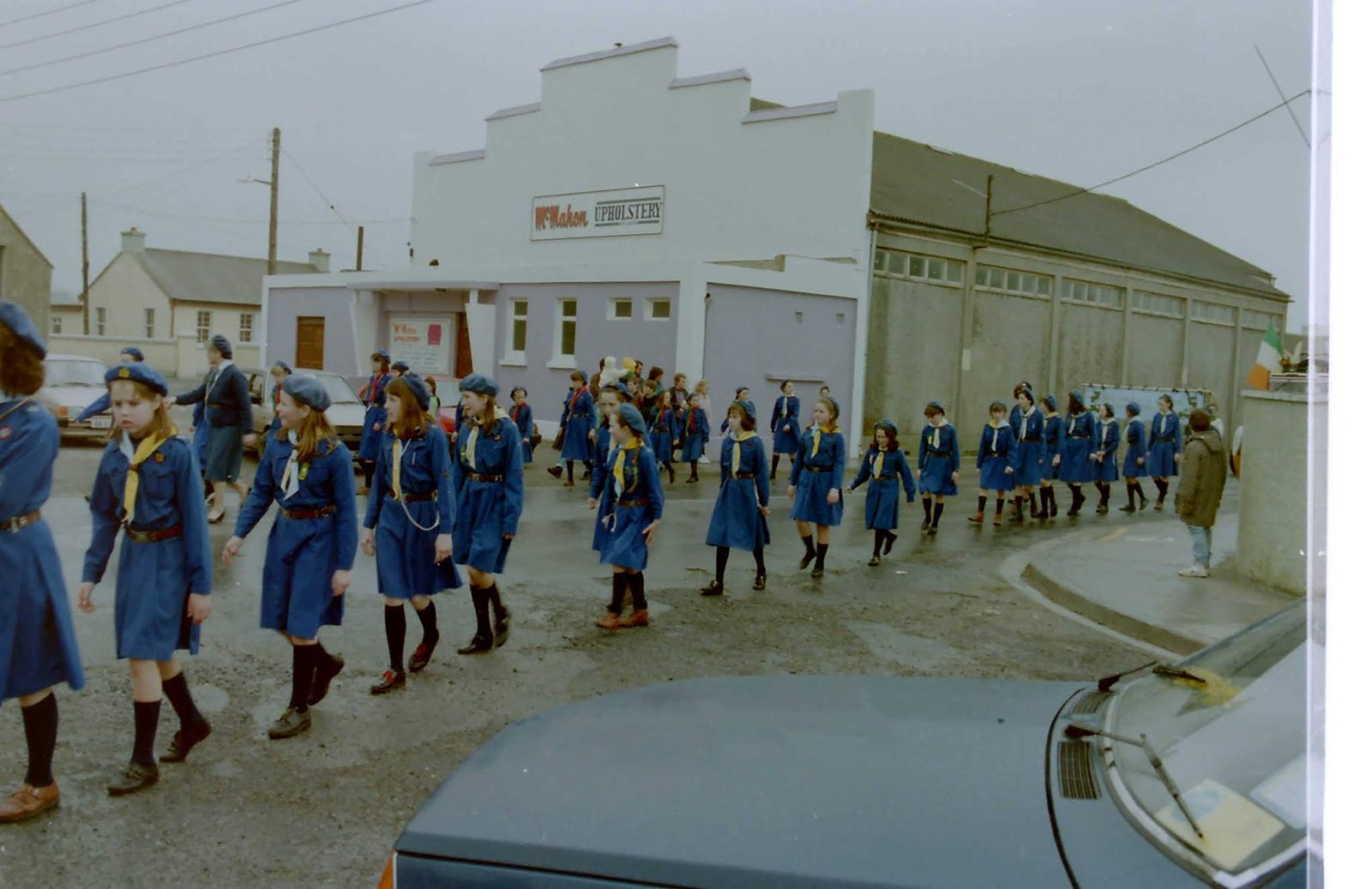 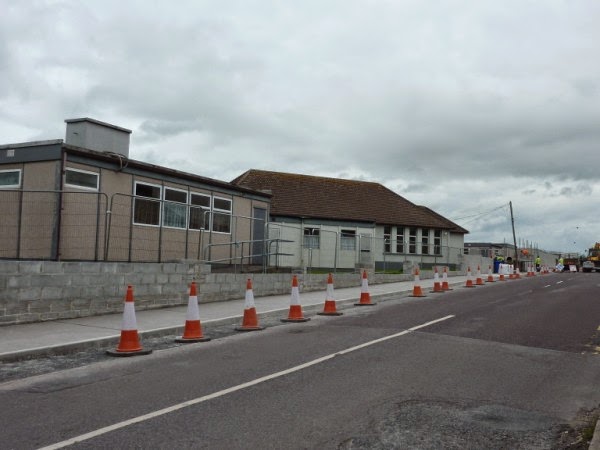 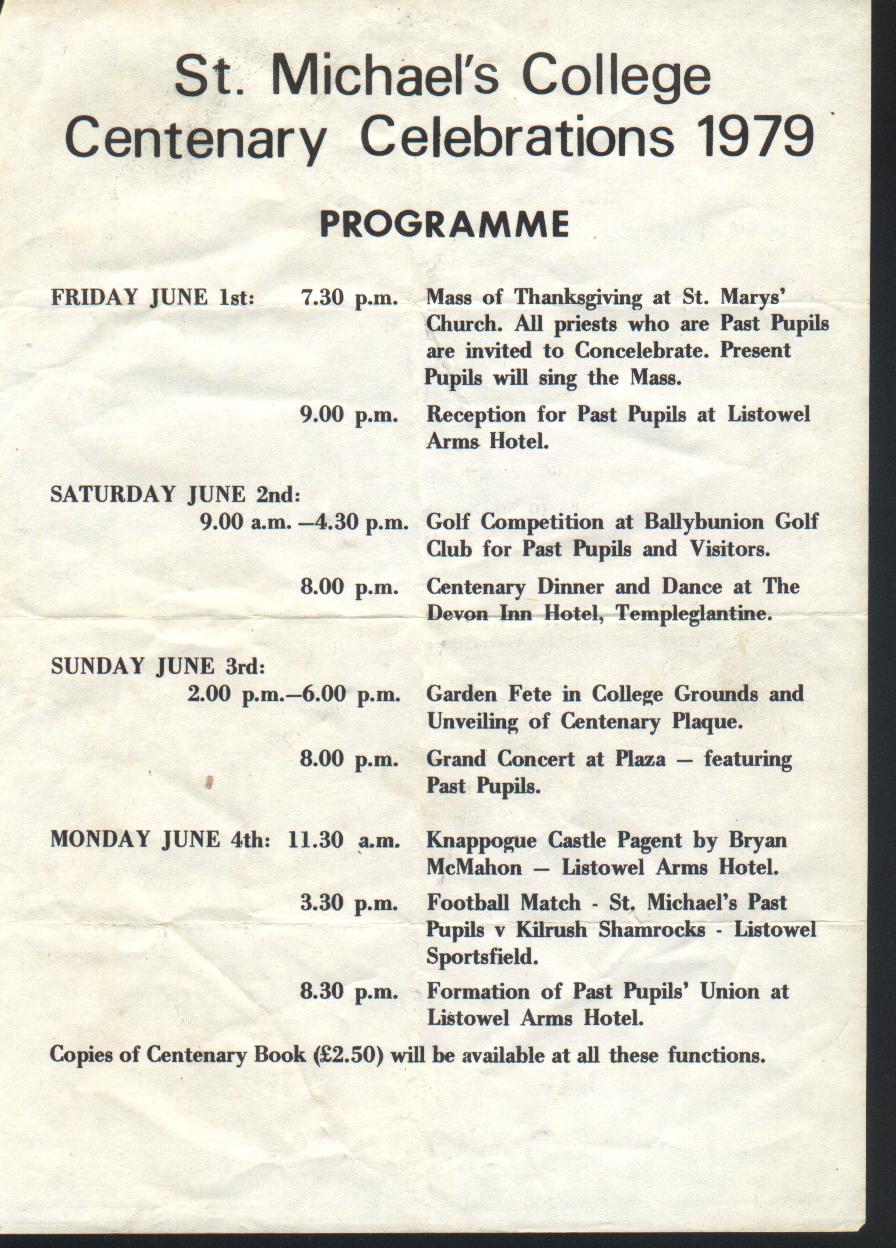 I remember it well. 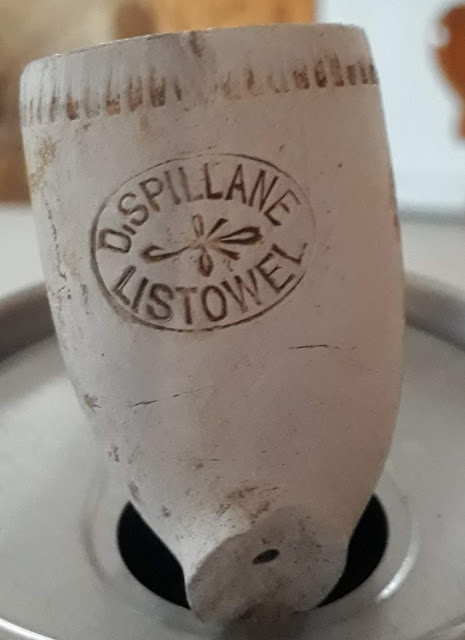 Seeing this artefact on Listowel Connection the other day put our friend, Mattie Lennon in mind of a piece he wrote involving a clay pipe and he sent it to us.

In fact and in fiction every area in Ireland has at least one character who has the dubious talent of being able to get the maximum amount of alcohol with the minimum amount of money.

The Bird O Donnell in The Field would be an example.

Two Dubs who took a No. 65 to Blessington on a Good Friday. For some unknown reason they thought Licensing Laws would be less strictly applied there. Still, they had no desire to be stranded in outer suburbia should it turn out to be a “dry run”. So they didn’t alight but remained on the platform while the bus was turning. One of them addressed a question to the solitary figure of “The Mouse” Carroll standing at Miley Cullen’s Corner; “Do you know anywhere two lads might get a drink?” “Begob I don’t” says “The Mouse”, equal to the challenge, “But I know where three lads would get a drink? .

During election he would manage to get numerous libations from each candidate through a system that I won’t go into here. Let’s just say that it involved giving the candidate some lesser known facts about the pedigree of his or her opponent.

At Christmastime, he would get his hands on a stray dog, make an improvised lead from a length of binding twine and go from house to house enquiring if they had “lost a dog.”

But to my mind the time that his alcoholic acumen came into its ownwas on one Tuesday morning . It was after a Bank holidayweekend and he was badly in need of a hair of the dog. (As faras I can remember that was the morning he said to his owndog, “Bite me if you like but don’t bark”) On the morning inquestion his total finances amounted to one solitary Englishtruppeny bit. Do you remember them?. Anyway the Englishtruppeny bit was brass and twelve sided. There’s a word forthat. An oul schoolmaster told me once. It’s Dod . . dod . . . meoul head is goin…Dodecagonal. Dodecagonal.  Where was I? Ohyes. The mouse an’ the trupenny bit. Now, even though thingswere cheap at the time it would take five shillings, or a half acrown at the very least to make any impression on a hangover.  So what could a man do with a trupenny bit? I couldn’t doanything with it. An’ I bet you couldn’t do much with it either.  But the mouse had a plan. The price of a clay pipe, at the time,was truppence.  So . . He went to Burke’s shop, in Lacken, an’he purchased a new clay pipe.

Head splittin’ . . . mouth like the inside of a septic tank andthe nerves in bits . . and now . you are going to ask me whatgood a clay pipe . . even a new one . .would be to alleviate sucha condition. Well . . .at the time it was believed that a clay pipe had to be seasoned. (or saysoned as they say up our way). The favoured method was to fill the pipe bowl with whiskey . . . something that even the most parsimonious publican couldn’t very well refuse to supply.

Armed with his new pipe, the mouse headed for Blessingtonand into Hennessy’s where he asked the barman to fill his purchasewith the necessary amber liquid which he promptly suckedout through the stem. He visited Miley’s, Powers and Dowlingswith the same request. And then he crossed the street to Mullally’sand the Gunch Byrnes. He got a bonus in the Gunches . .he managed to get a fill in the bar and the lounge. You with themathematical turn of mind will know that the bowl of a claypipe would hold approximately 8 ml and if you were paying attention

you’d know that he got it filled seven times which wouldamount to a sum total of 56 millilitres of whiskey. I won’t boreyou with the exact conversion to imperial measure; you went toschool longer than I  did but . . the total alcohol involved amounted

to slightly more than a small one. Hardly enough to make inroads into a severe, seasonal, hangover. But it was a start.. . and . as luck would have it the Mouse got a lift to Naas where . . at the time there were thirty seven pubs.”

I was excited last week when Daniel Murphy alerted me to an exhibition of this great Listowel artist’s artwork and collected posters that I may have sent you to the wrong place to view it. The exhibition is on in The Limerick Art Gallery which is near The People’s Park.

Kay Caball went along and she took a few photos for us. She was very impressed and recommends anyone who can at all to visit. 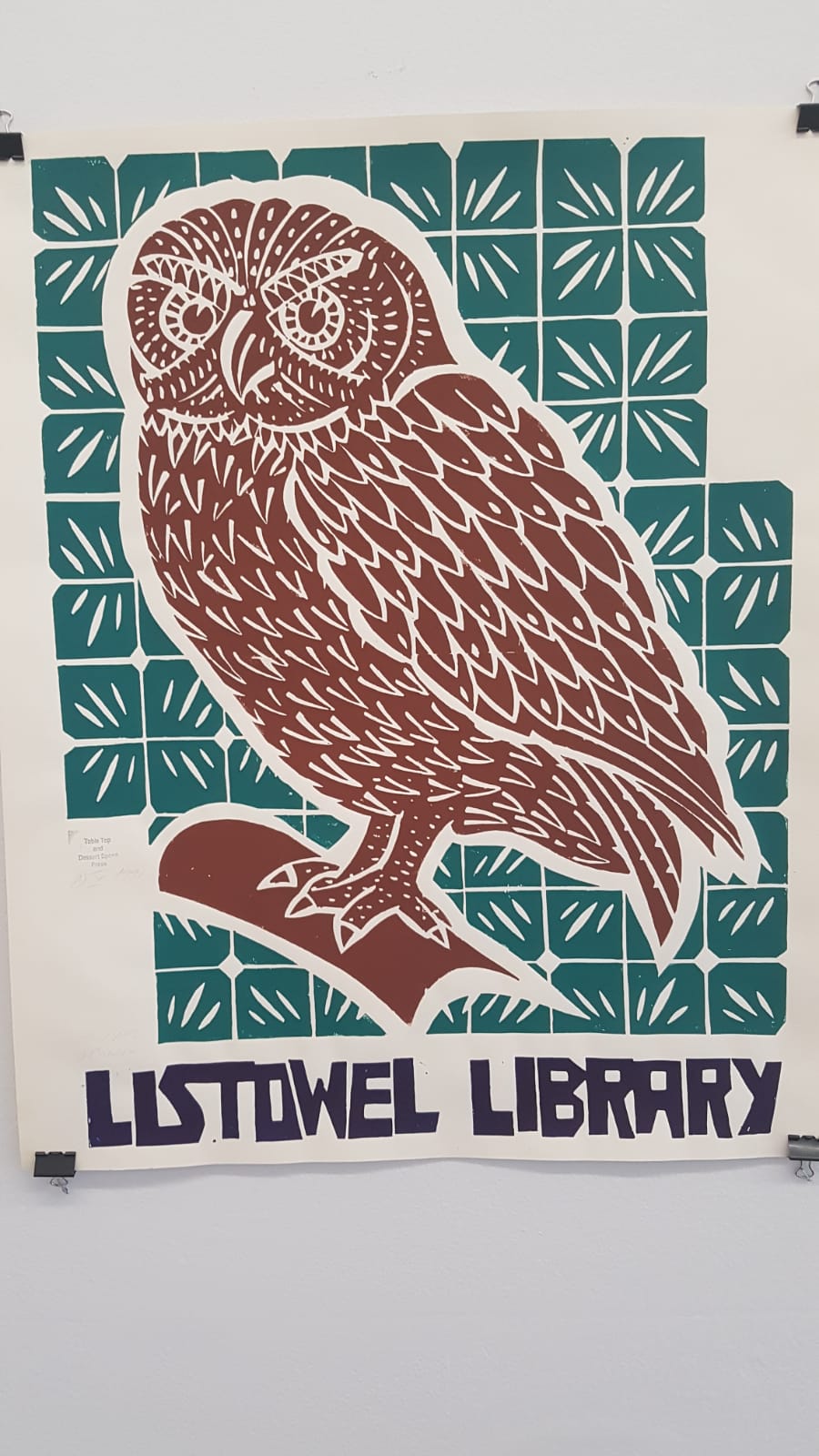 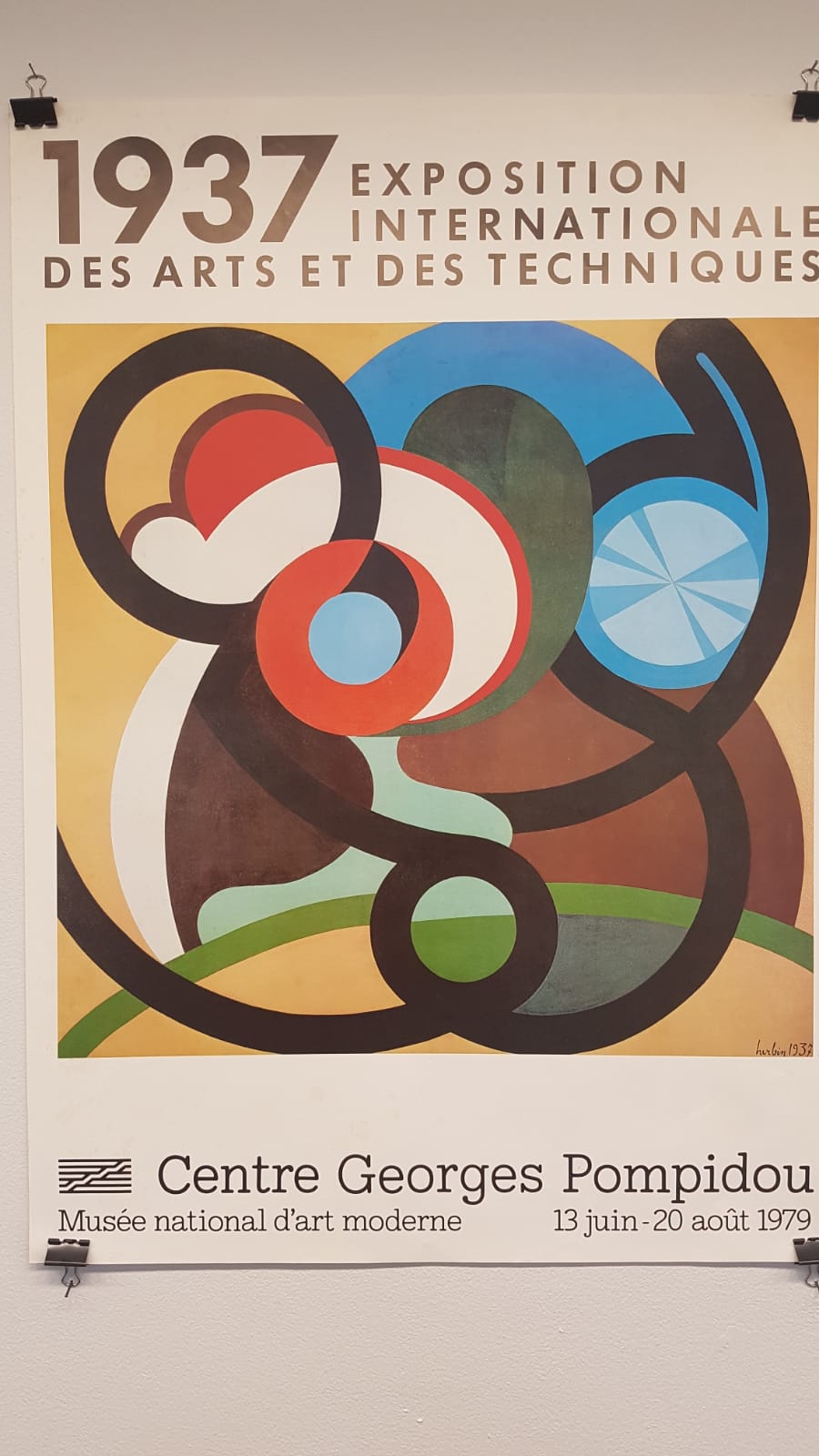 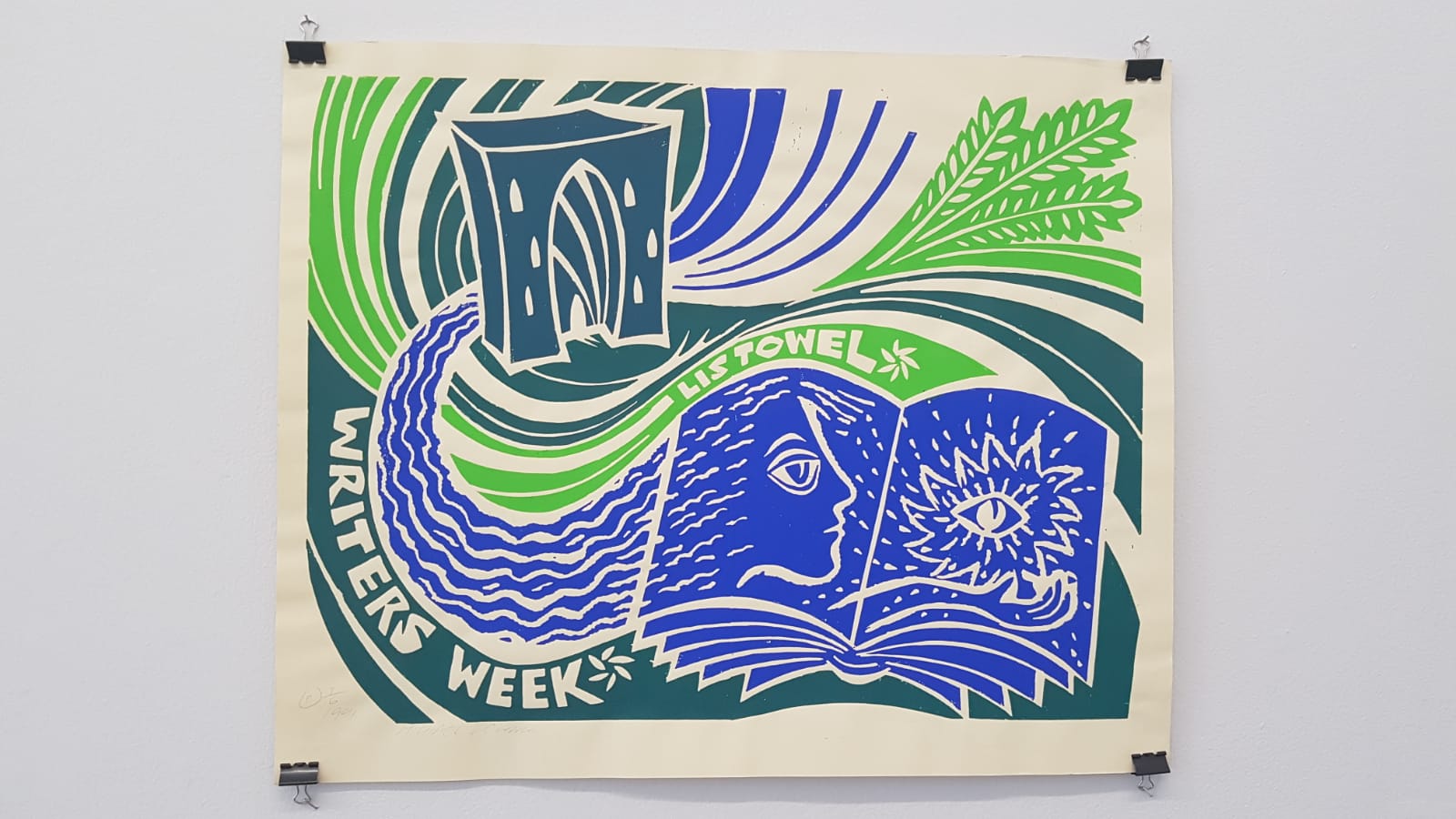 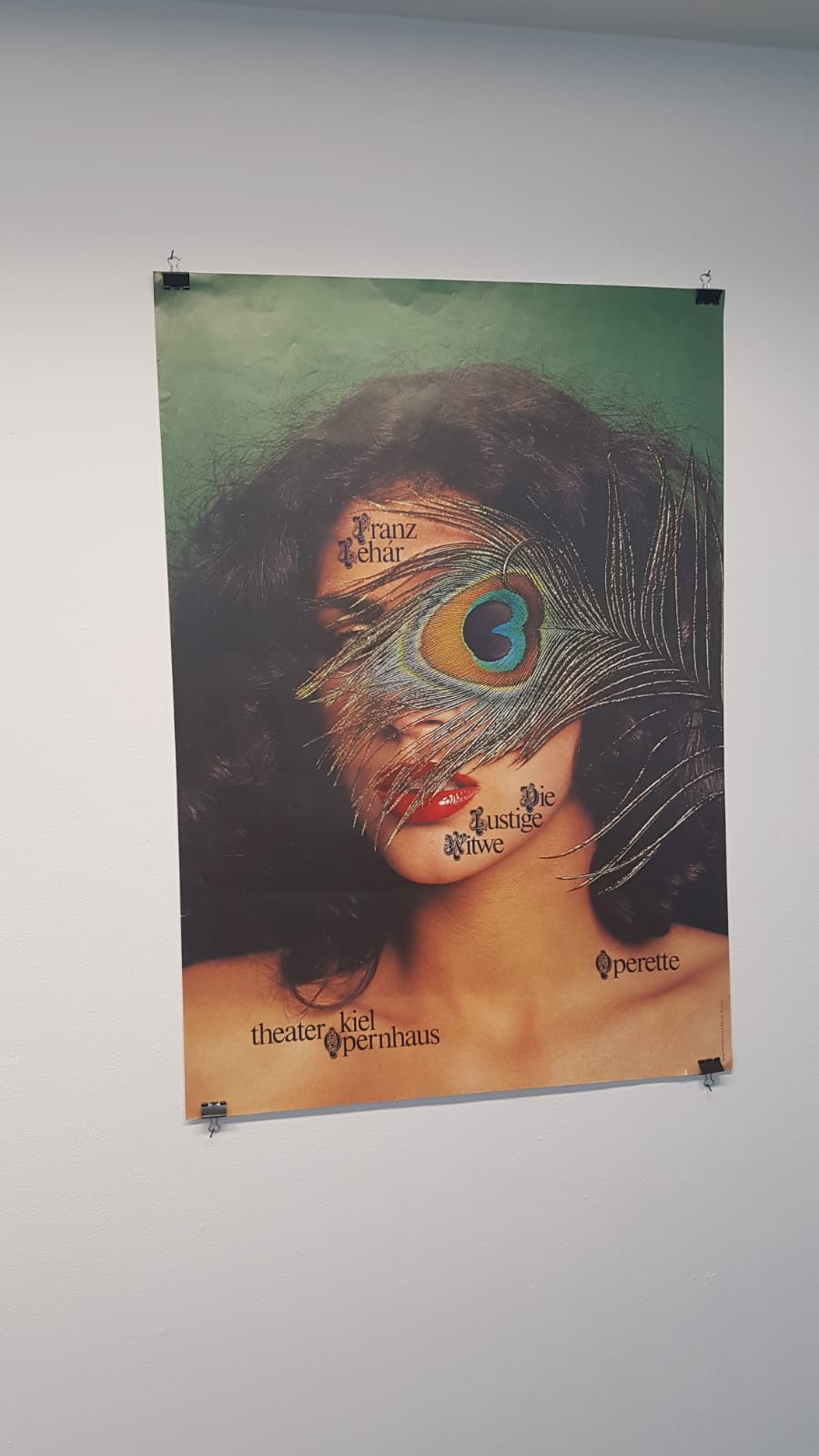 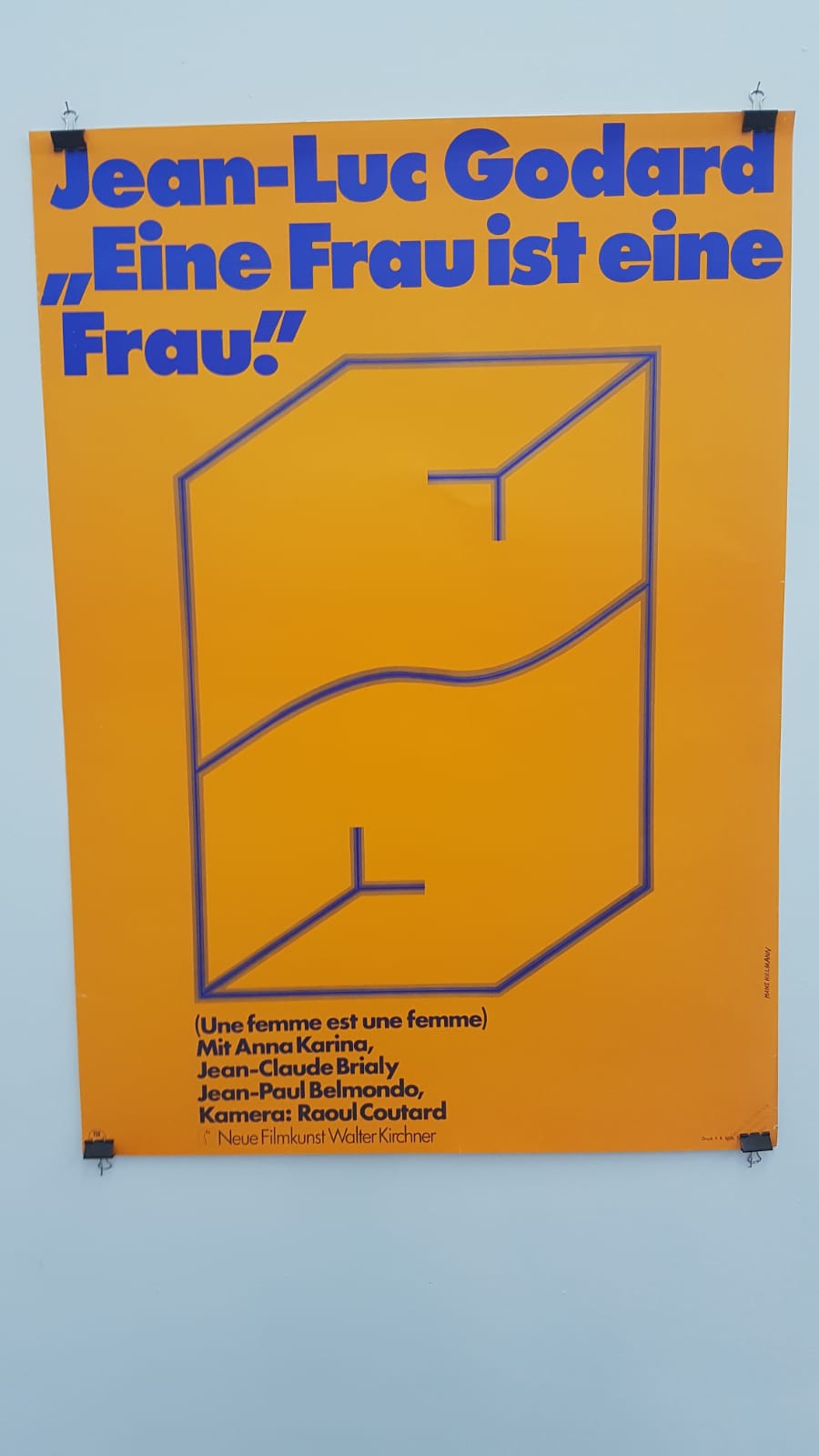 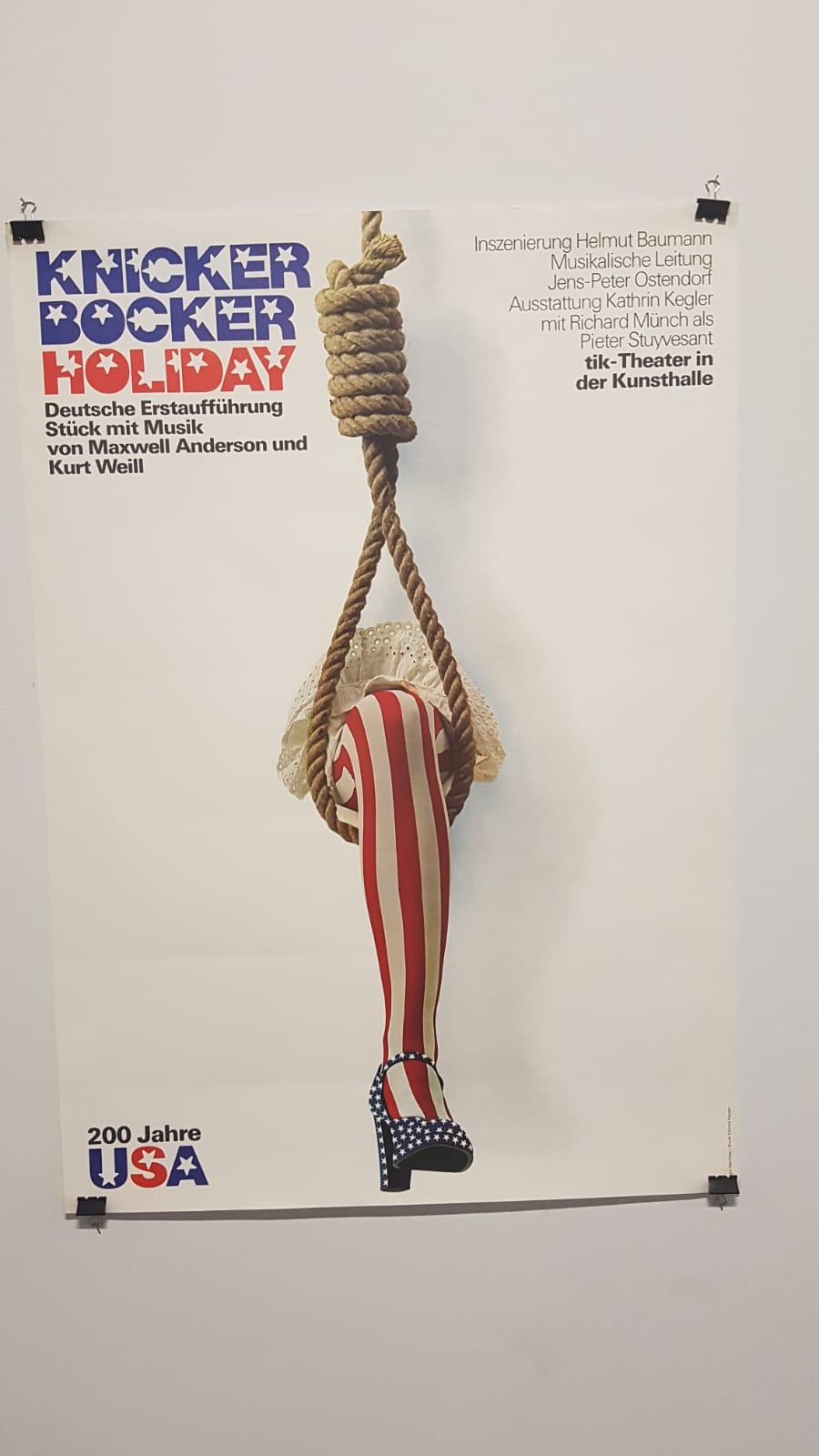