On Thursday last I got a hot tip that John Murray of RTE was going to be on Church St. recording a clip for his show the following day. Camera at the ready, I positioned myself opposite John B.’s old homestead and waited….and waited……and waited. I even moved my location up and down the street a bit so that I would not be arrested for loitering. 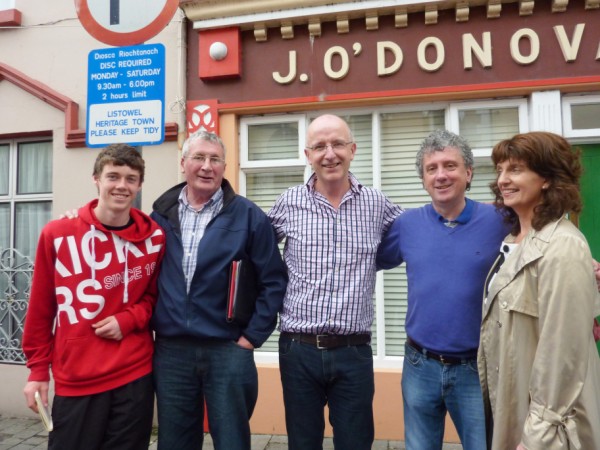 Then……. along they came as promised and they even posed for my photo; Bill O’Flynn,Vincent Carmody, John Murray, Billy Keane and Joanna Keane-O’Flynn. 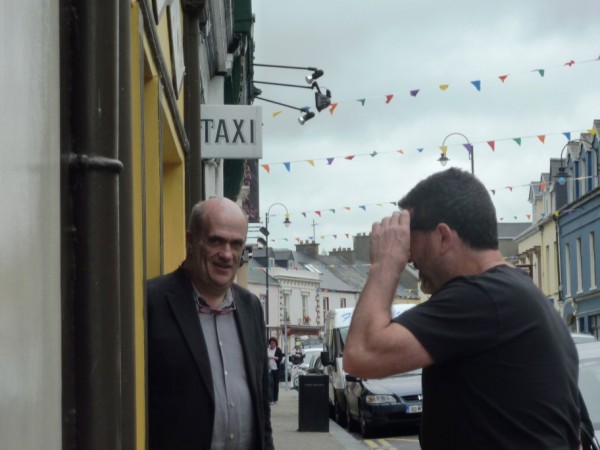 While hanging about on Church St, I did a bit of celebrity spotting. Com Tóibín emerged from The Coffee Nook. 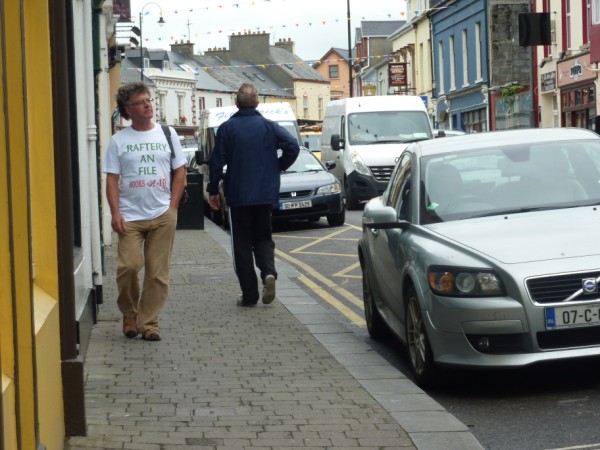 John Malachy Rafferty was strolling by taking it all in. 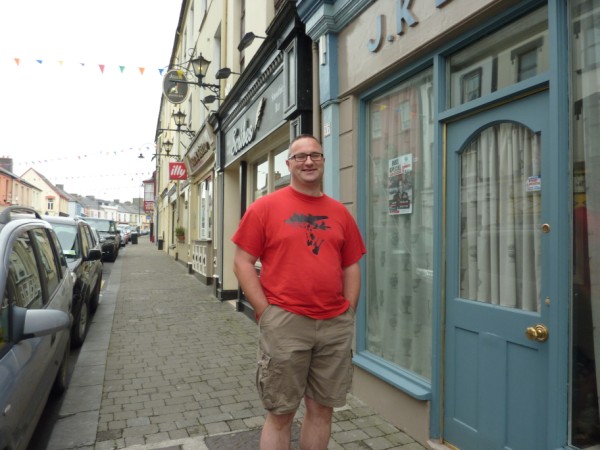 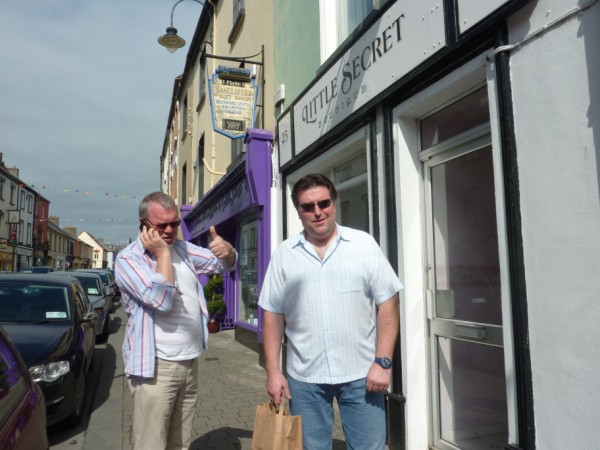 Rob Fossett was doing a spot of shopping.

While Writers’ Week was happening, life went on in town 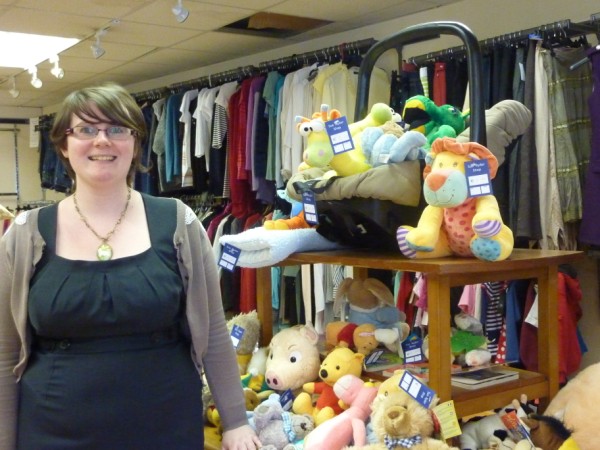 The new Sue Ryder shop opened. This is Grace, the manager. 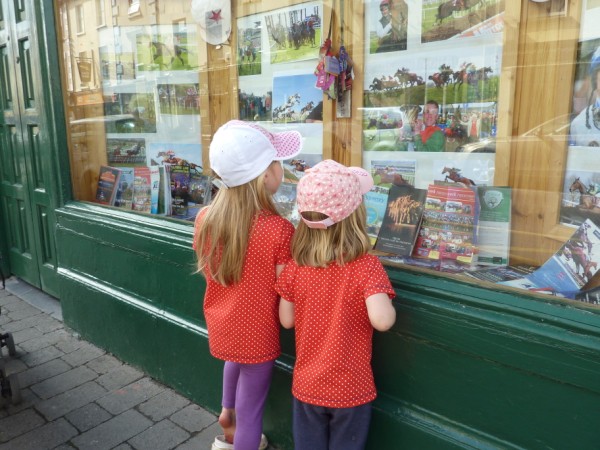 Will we go racing? Two small girls peruse the racing themed window display in The Harp and Lion. 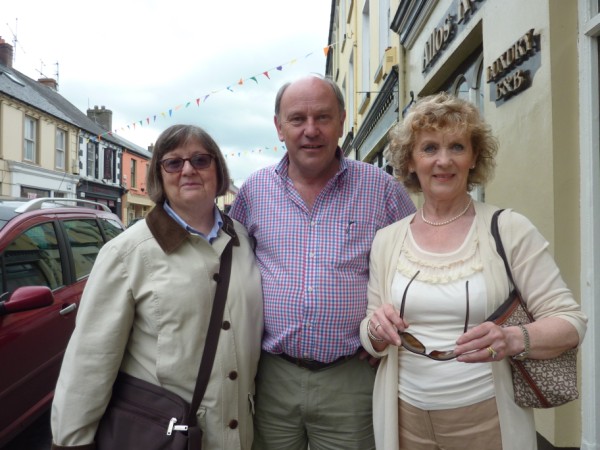 I met Joanne Dillon, on holiday from New York. Here she is with her cousins, Tom and Margaret. 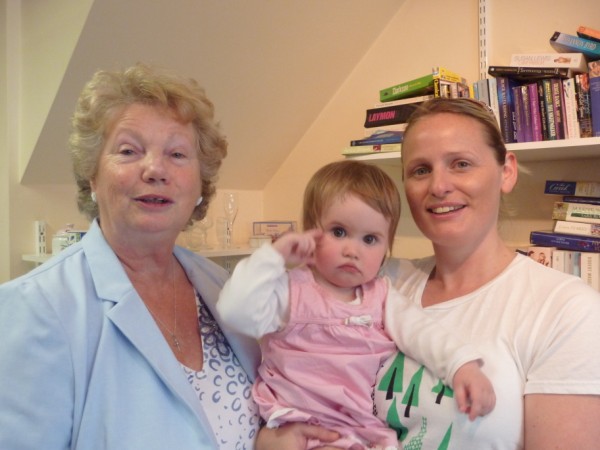 In the St. Vincent de Paul shop I met 3 generations of the Kinsella family.

On Friday I attended the launch of John Malachy’s latest opus. Here are a few photos from that launch which was well attended by his Listowel friends. 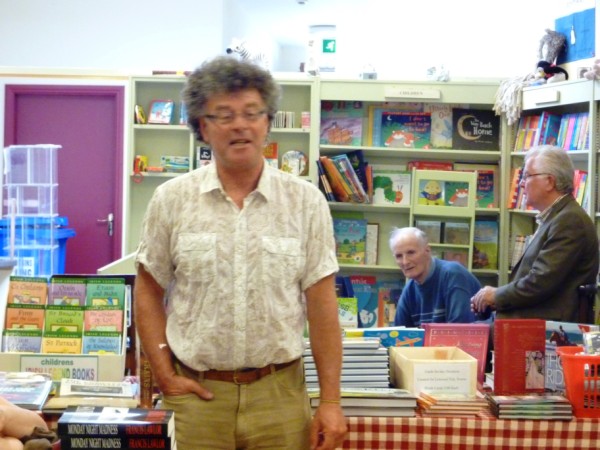 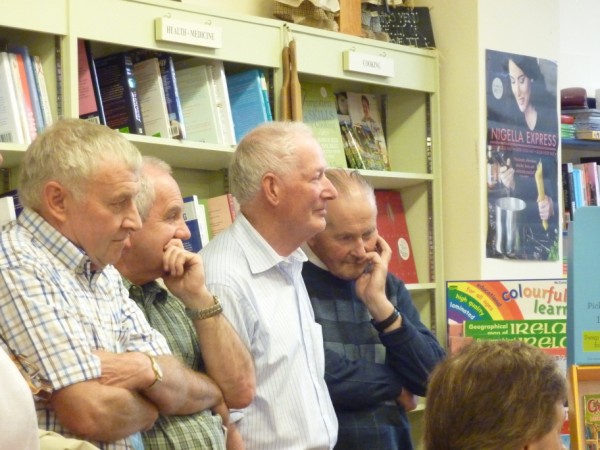 Eliz. Brosnan has sent us photos from 2 of the events I did not get to, i.e. the circus and the Dubliners concert. 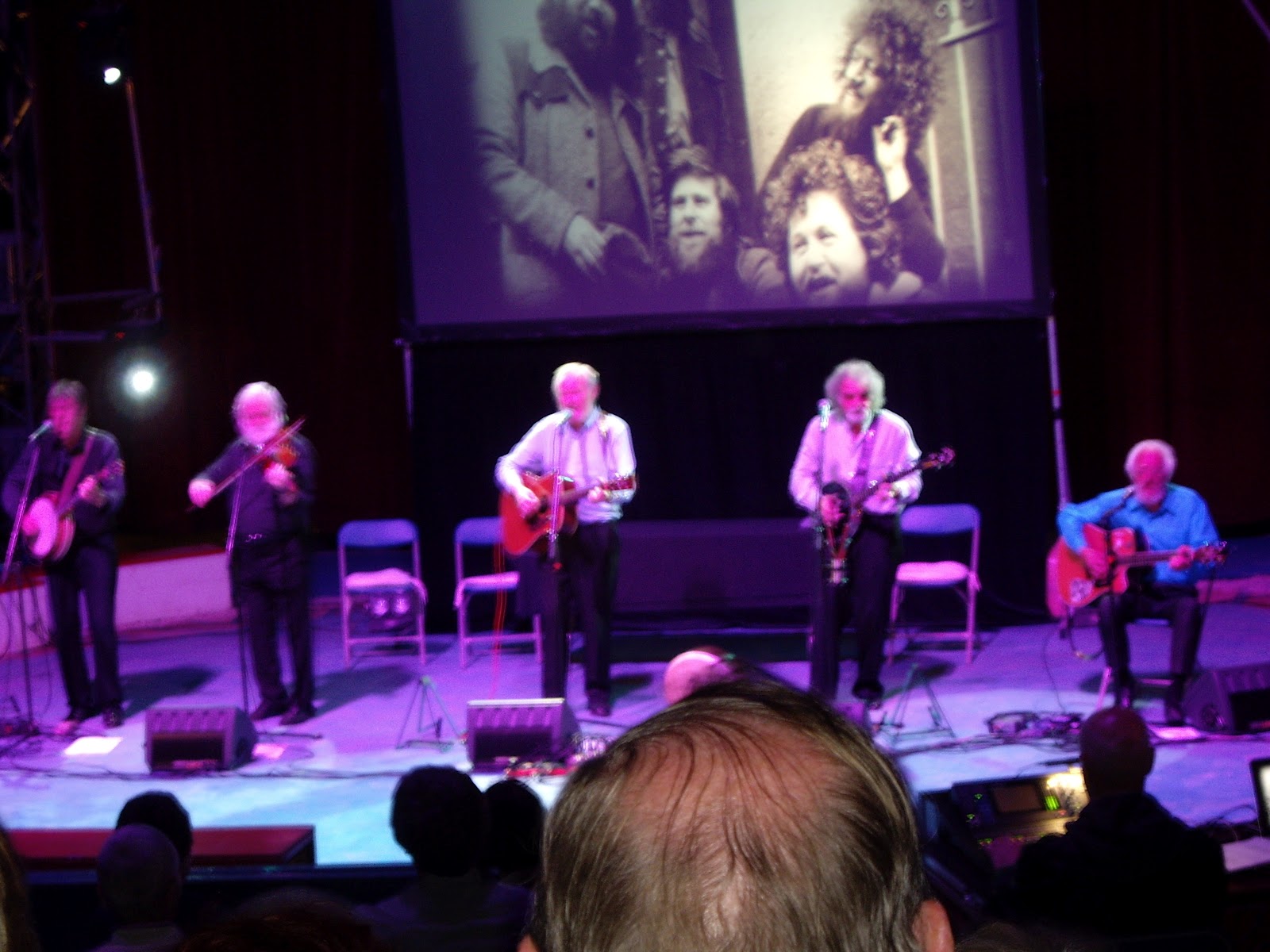 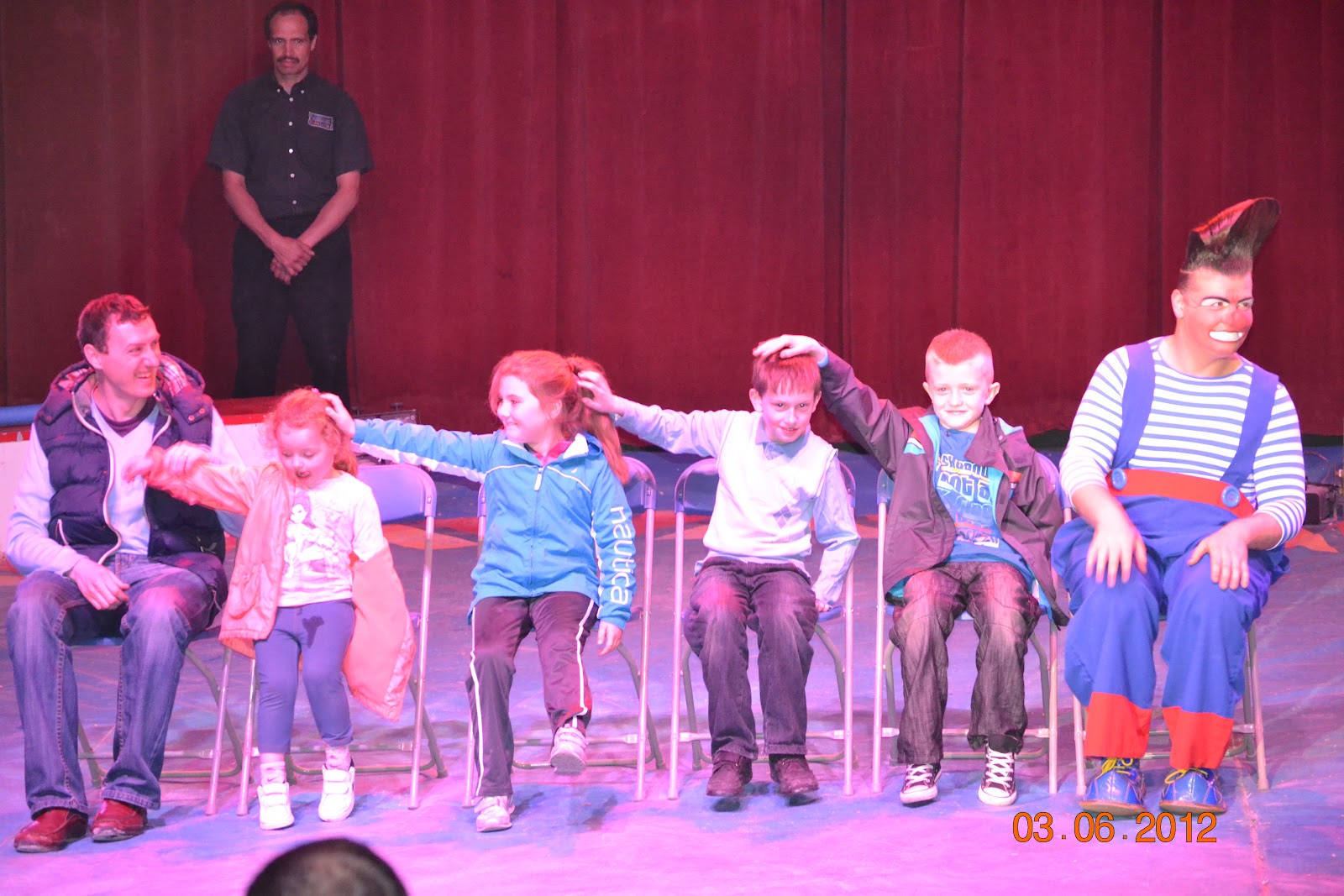 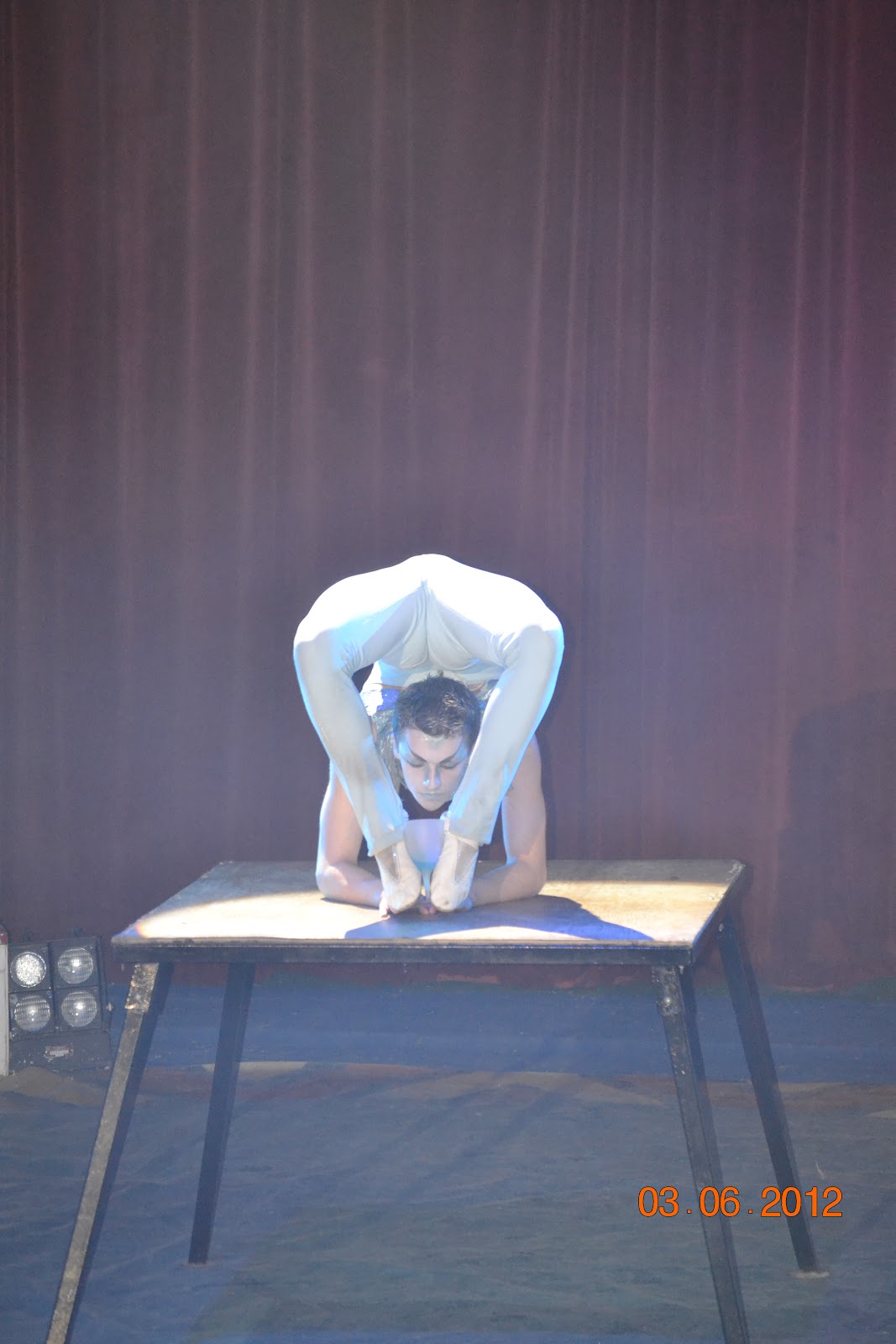 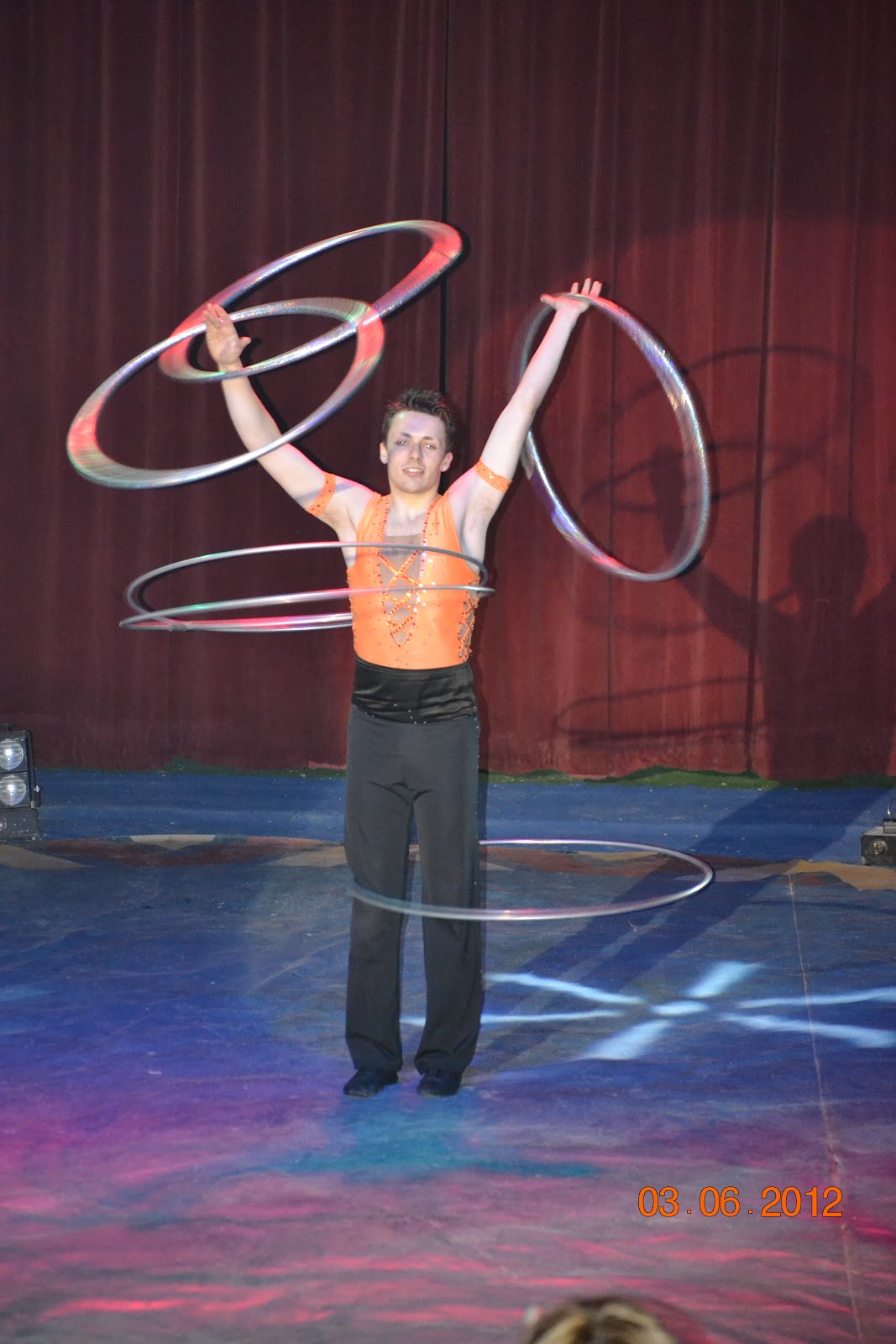 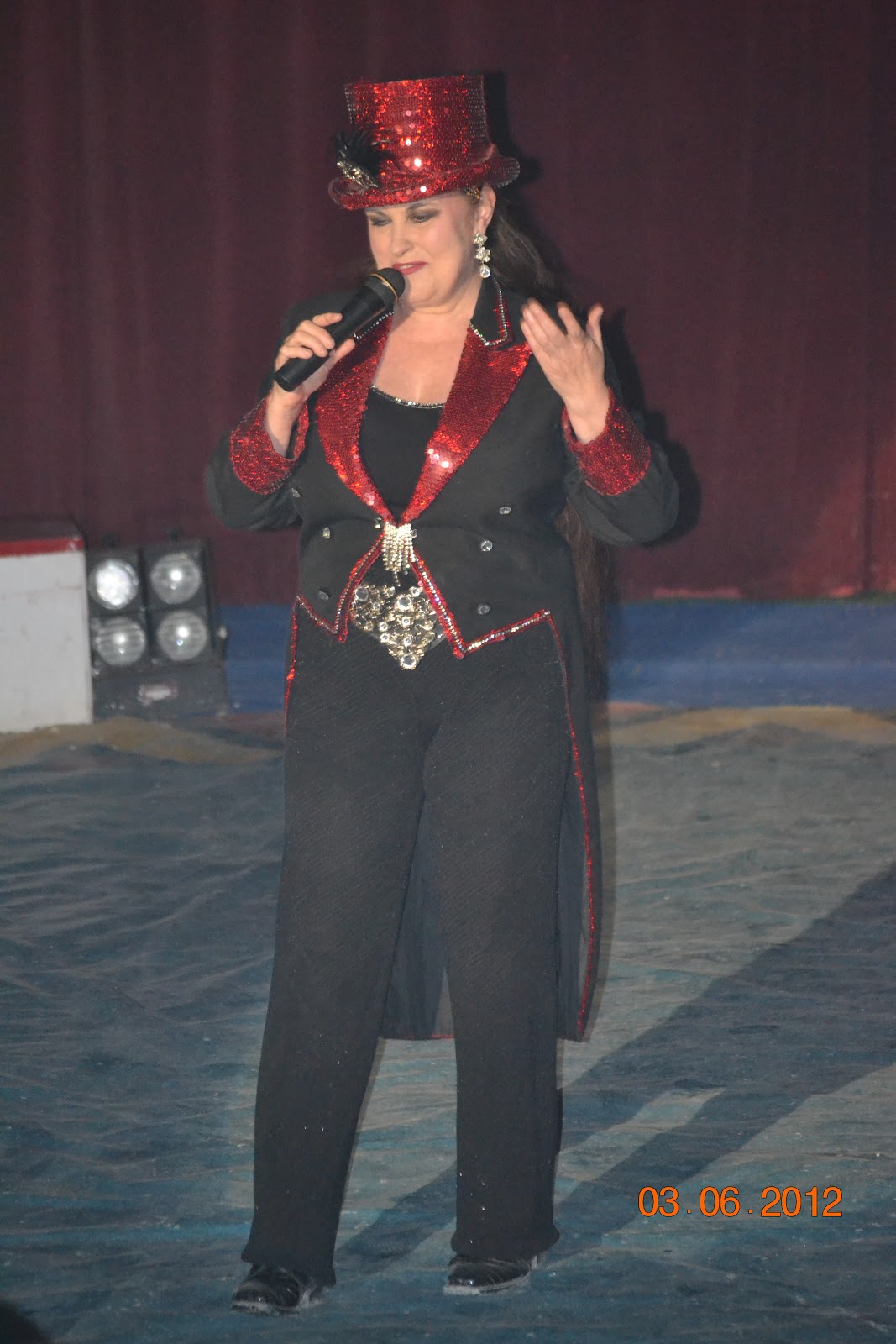