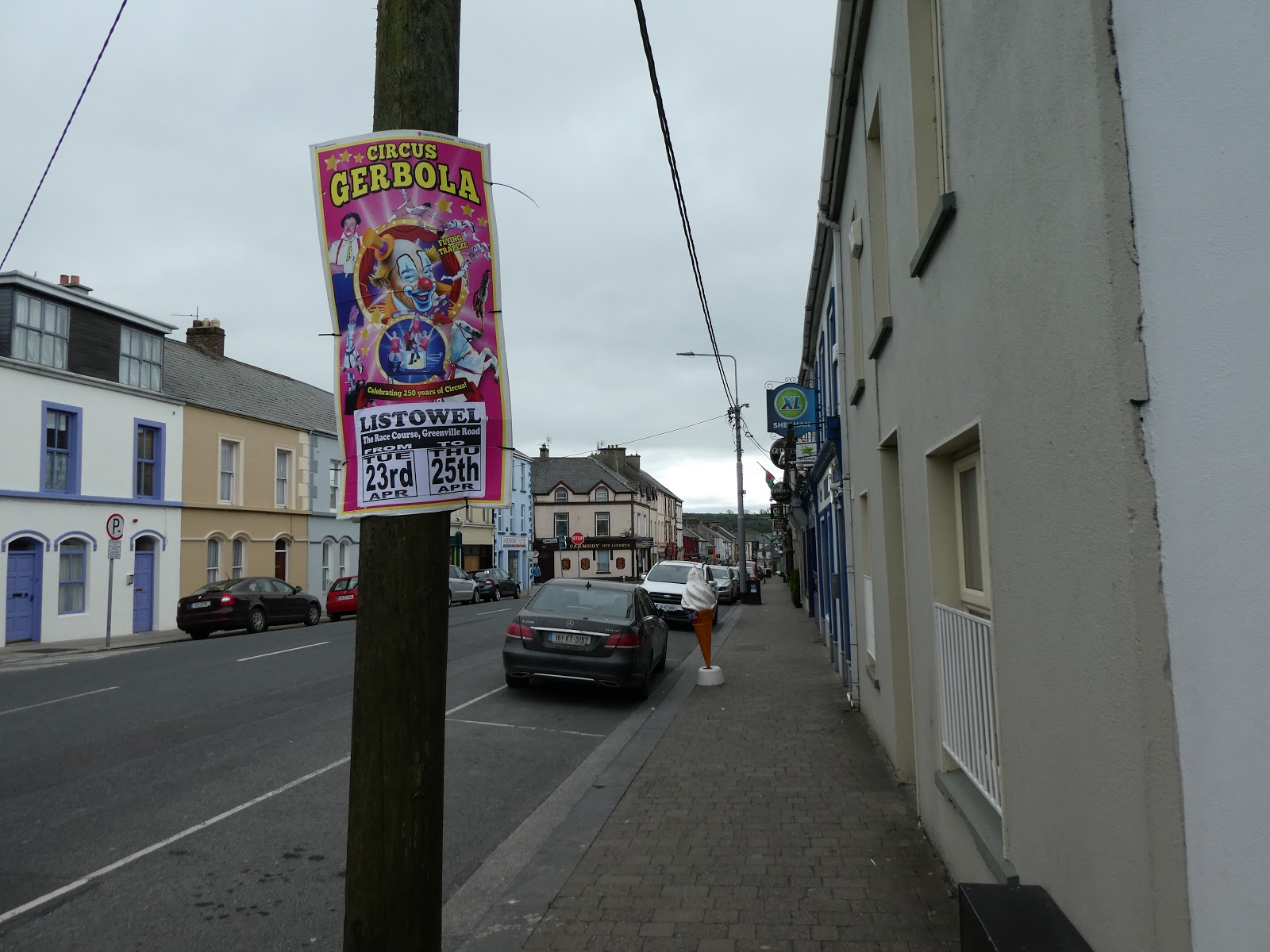 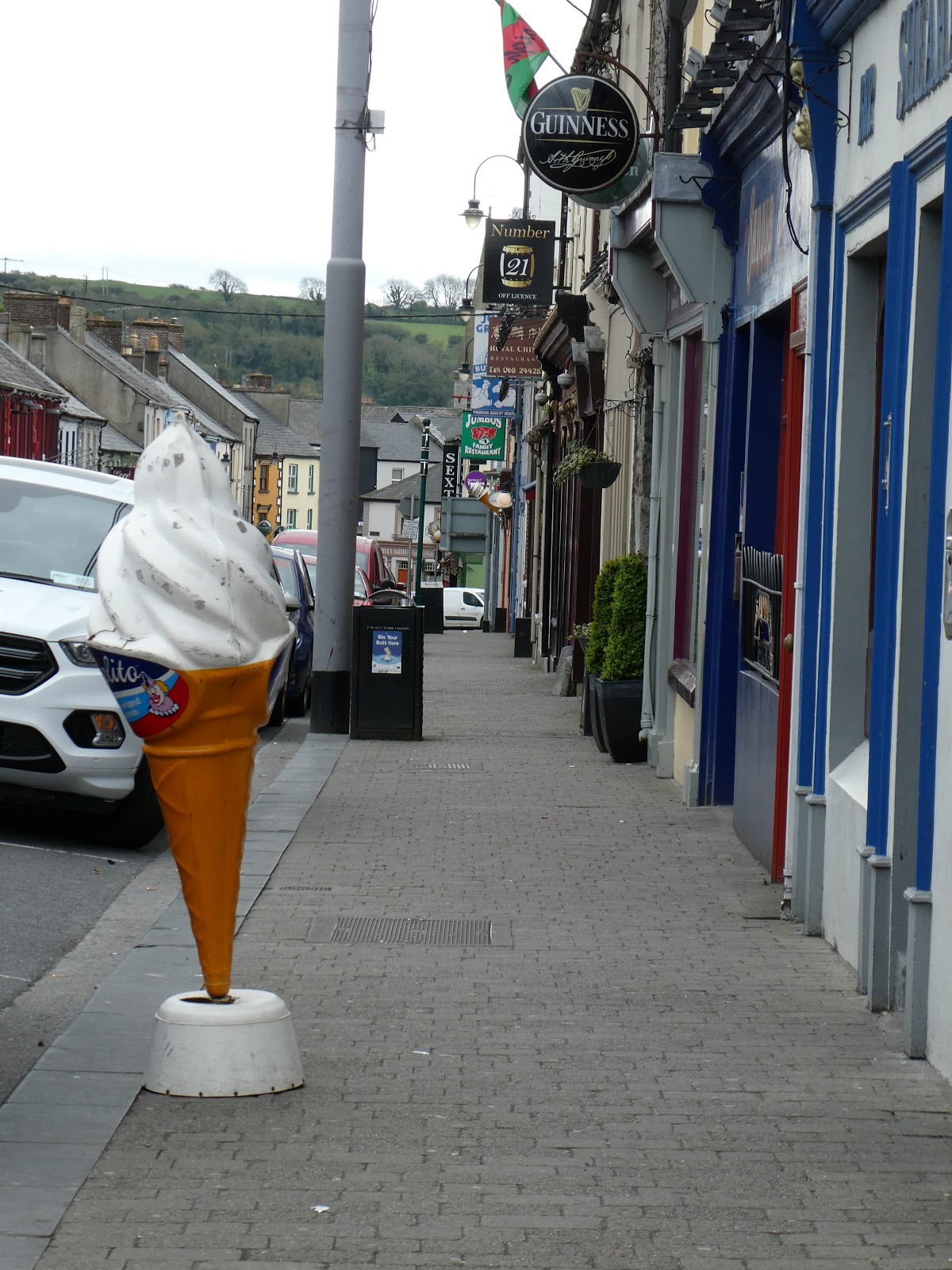 The circus is in town. The ice cream cones are out. It must be summer.

We have all learned that we have to allow the daisies, dandelions and other wildflowers to grow and flourish as they play an important role in the natural world. Listowel is doing its bit. 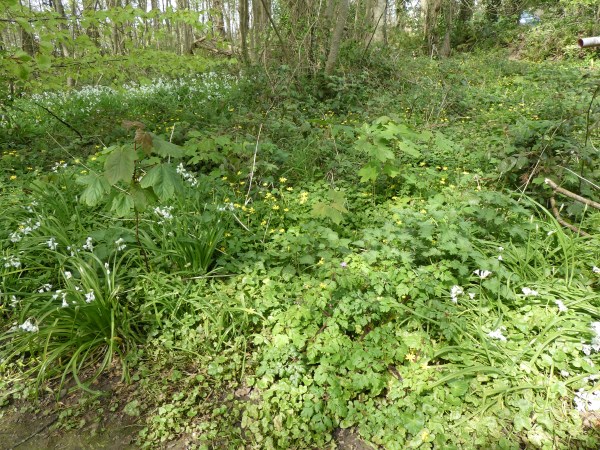 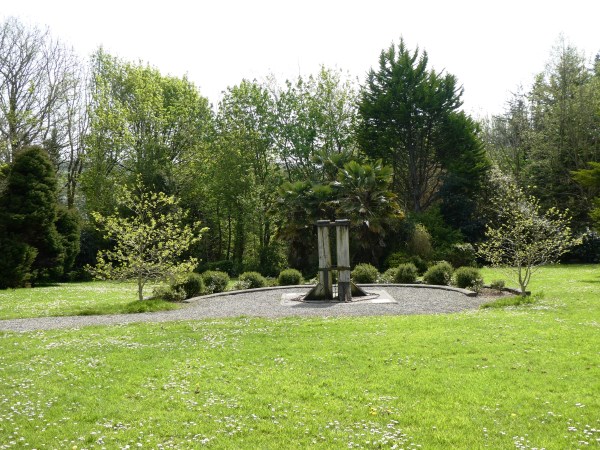 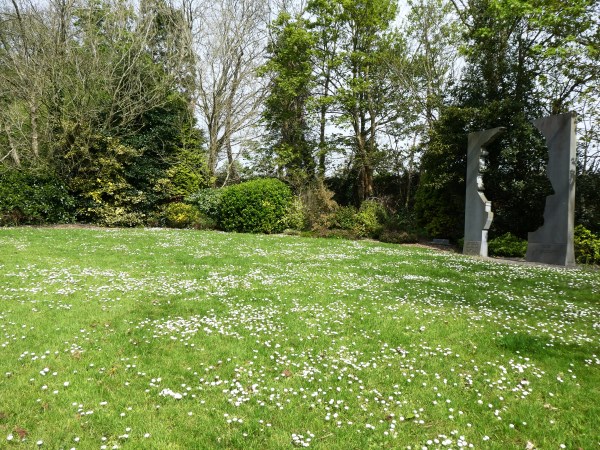 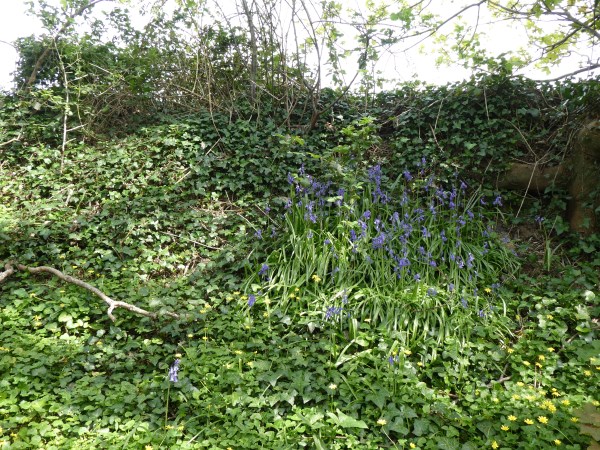 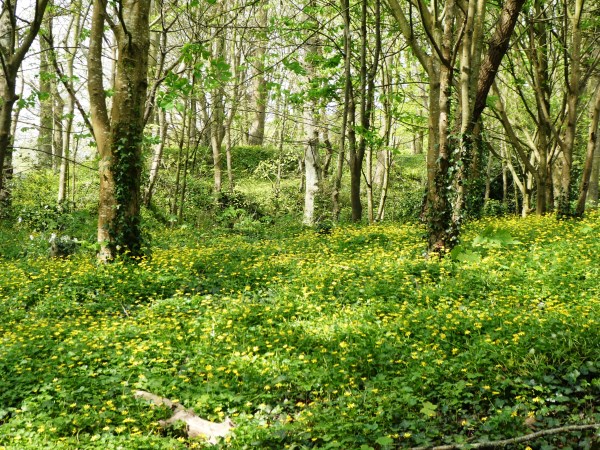 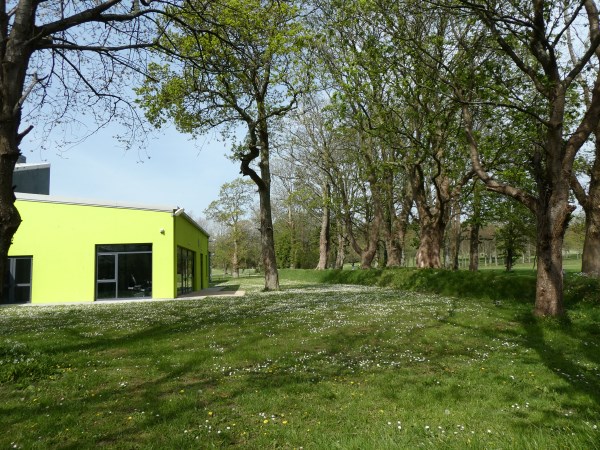 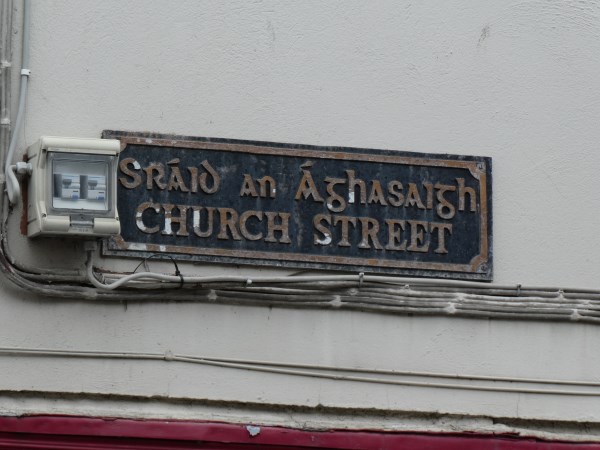 It would appear that the MacMahon family preferred Ashe Street to Church Street as their address.  Ashe Street is an English translation of the Irish Sráid an Aghasaigh 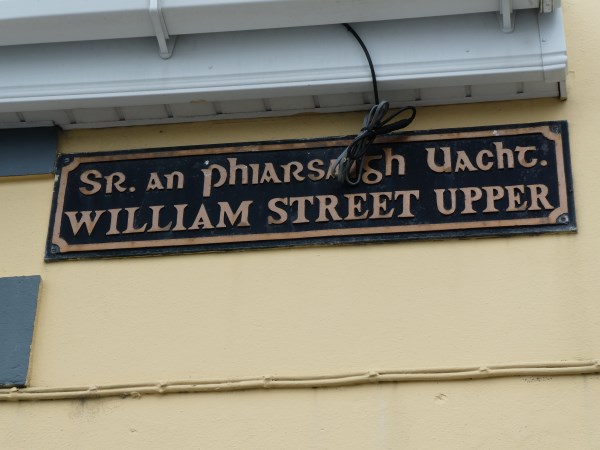 Many people to this day use Patrick Street instead of William Street Upper, even though that plebiscite was defeated. 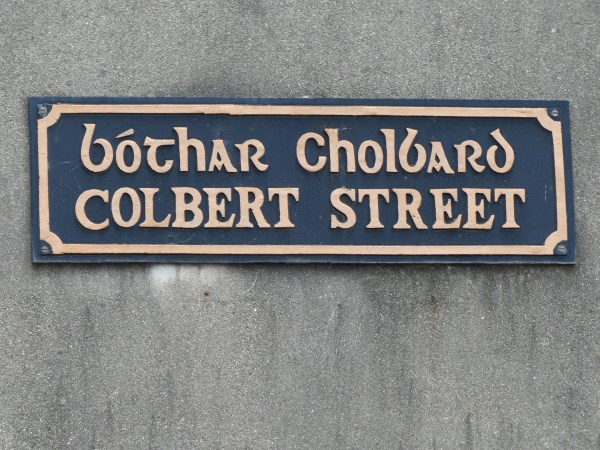 Colbert St. was changed by agreement from Bridewell Lane although I dont know why it is Street in English and Road in Irish. 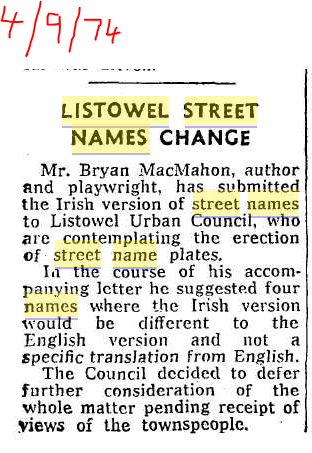 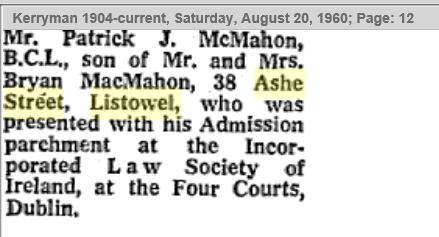 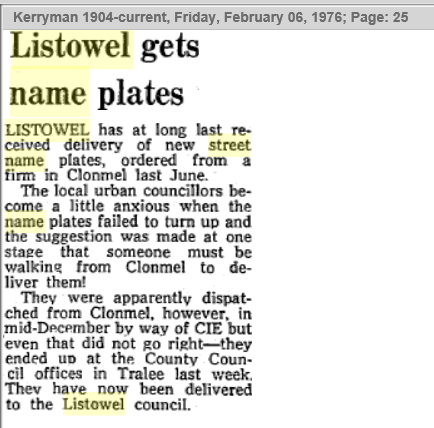 To this day the naming of places proves controversial. We wont mention the Ballybunion/ Ballybunnion or the Moyvane/Newtownsandes debate. As for Dingle, An Daingean or Daingean Uí Chúis…. 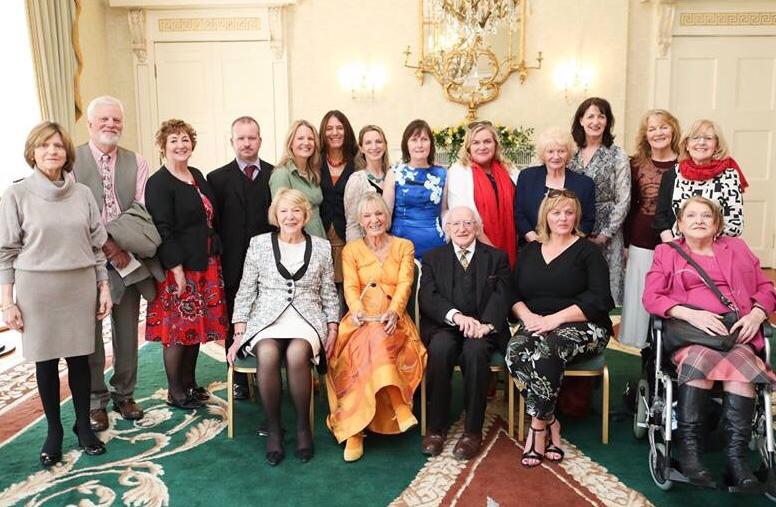 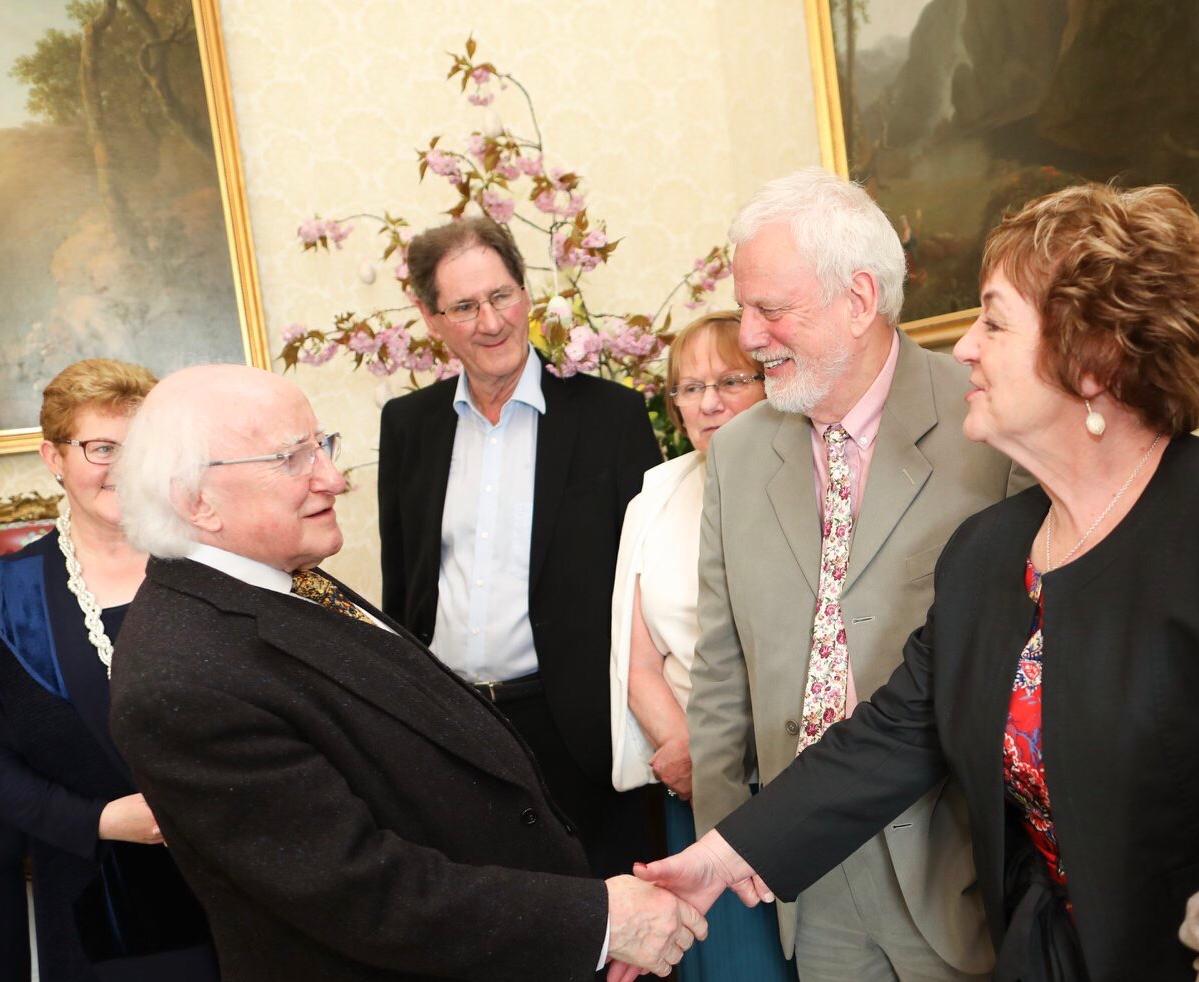 The Kerry Association in Dublin presented their Arts award for 2019 to Pauline Bewick. The presentation was made by Uachtarán na hEireann, Michael D. Higgins at Áras an Uachtaráin.

Jim and Elizabeth Dunn of Athea and Listowel, as friends of Pauline’s, “were (according to Liz) humbled to be invited and honoured to attend”.

Cherry trees in Listowel, Naming our Streets and The Harp and Lion Stucco