Lacrosse and the Listowel connection from Jim Horgan in Pittsburg

Lacrosse is one of the oldest team sports in the world. Native Americans from the north of America used lacrosse to prepare for war or resolve conflicts between rivaling tribes. In 1640 the game was named lacrosse when French missionaries saw Indians play the game. In 1856 Dr. William George Beers established the first lacrosse club in the world: The Montreal lacrosse Club. In 1867 he created the ground rules by which lacrosse is still played today.

Lacrosse is a team sport of Native American origin played using a small rubber ball and a long-handled stick called a crosse or lacrosse stick, mainly played in the United States and Canada. Lacrosse is played with 10 players per team (men’s lacrosse), 12 players (women’s lacrosse) or 6 players (box lacrosse). It is a contact sport which requires padding. The head of the lacrosse stick is strung with loose mesh designed to catch and hold the lacrosse ball. Offensively, the objective of the game is to score by shooting the ball into an opponent’s goal, using the lacrosse stick to catch, carry, and pass the ball to do so. Defensively, the objective is to keep the opposing team from scoring and to dispossess them of the ball through the use of stick checking and body contact or positioning. The sport has four major types: men’s field lacrosse, women’s lacrosse, box lacrosse and intercrosse.

Here is the link to the Irish Lacrosse website: 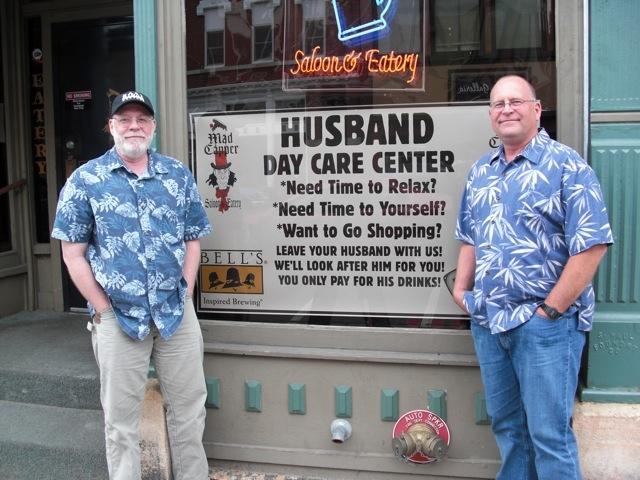 This photo with a  suggestion for some enterprising Listowel publican was sent to us by Marty Sheehy.

Please don’t do this! 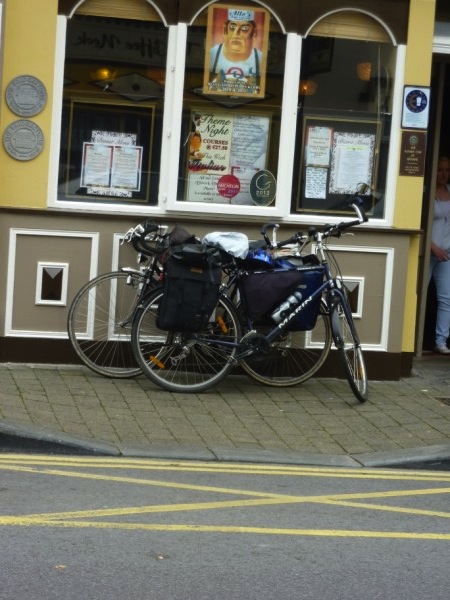 This is the next worst thing to parking across the dished part of the pavement. For some reason that I can never fathom some people always park their bikes ON the footpath. It is an appallingly inconsiderate practice. As well as blocking up the pavement for pedestrians, they are making life so difficult for wheelchair users.

The proliferation of street furniture is another bugbear. But I’ll leave that rant for another day.

titles during the past season. This was the County
Novice Championships and were

played in Listowel for the first time ever. Brendan
Murphy won the minor singles and

The last recorded minutes in the minute book were of
the A.G.M. held on April 19th

The following officers and committee were elected;

In his address to the meeting Mr. Kenny paid tribute
to all who had helped the club

during the year and congratulated the winners of the
various tournaments. He paid

Chairman. Elected at that meeting were;

At this meeting arrangements were put in place to run
a town league Tournament,

Teams entered were; The Bridge Road, E.S.B., Garda,
The Boro, The Gleann.