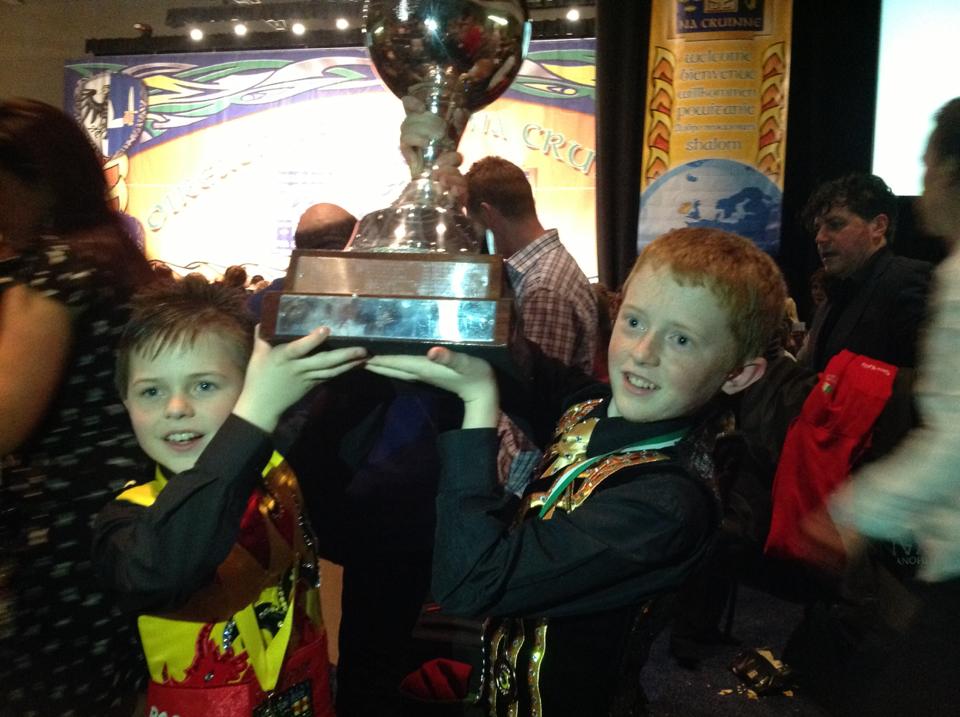 Moyvane brothers, Aaron and Sean Slemon who came 15th and 1st in The World Irish Dancing Championships in Boston.

We are not done with St. Patrick’s Day yet!! 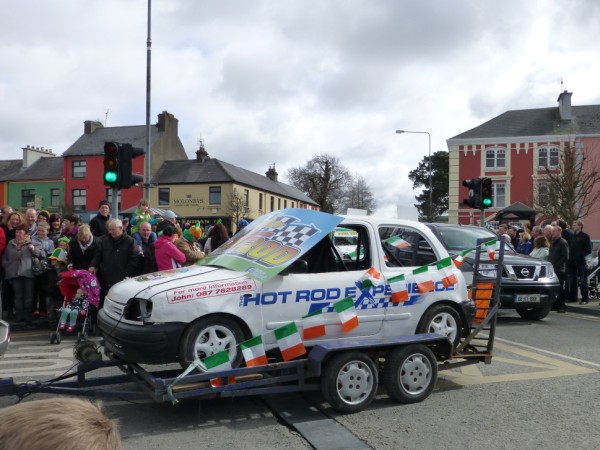 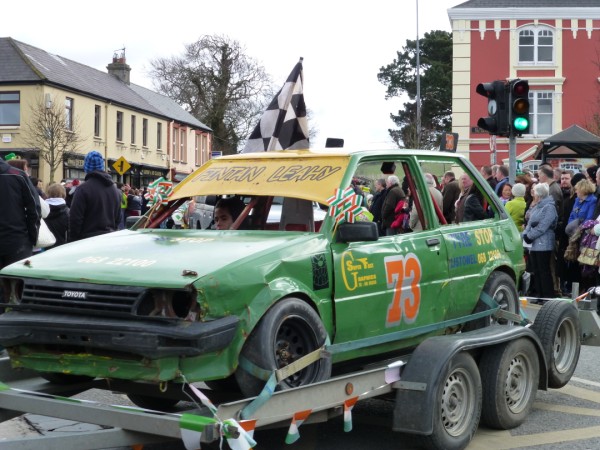 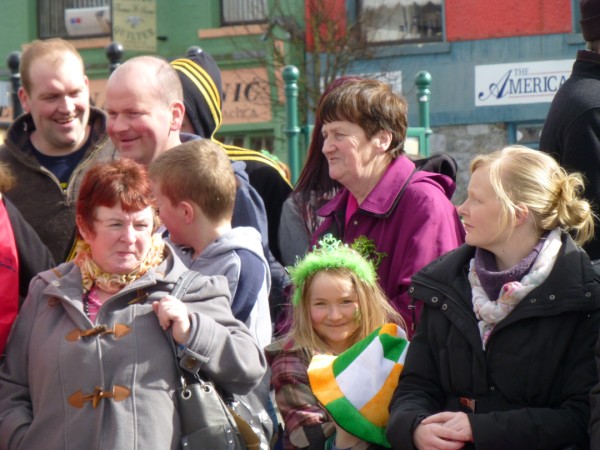 People who hoard photos and old newspapers, magazines and programmes are to be treasured. These people are an invaluable help to me in compiling the blog.  My newest collaborator is Tom  O’Connor of the well known local Mike the Pie family.  Recently Tom brought me 2 old GAA commemorative programmes and a copy of The North Kerry Chronicle.

The North Kerry Chronicle was a free newspaper before The Advertiser was heard of. Tom had kept the paper from June 1966 because in it there was a tribute to his old friend, Mike Aylmer. Customers of McGuire’s will remember Mike as he was pharmacist  there for years and he was a valued member of Listowel Tennis Club.

His friend, Gerard Leahy wrote this obituary. If you knew Mike, take a minute to read it and remember a “character” who is gone but not forgotten.

Tribute to a nice man

from The North Kerry Chronicle 1996

The death of Mike Alymer on
May 12 1996 was an irreplaceable loss for the town of Listowel and an occasion
of shattering sadness for his many friends and admirers.

Mike was born in
Castledermot, Co, Kildare, a village nestling in lush Kildare pastureland,
enriched by the River barrow. His father was editor of The Carlow Nationalist
and his mother was headmistress of Castledermot National School, next door to
the family home. He was the eldest of two sisters and four brothers, all of
whom went on to achieve distinction in the medical and legal professions. Mike
went to Rockwell College and although his initial passion was architecture,
because of the cost and length of this course at the time he decided to study
Pharmacy. He qualified with distinction and set up a successful in Carlow Town.
The death of Mike’s wife, Frances prompted him to move on. He came to McGuire’s
Pharmacy and stayed her until his death.

Mike was a man of tremendous
intellect, combined with personal sensitivity and humility. He had a unique
ability to size people and situations and to transform these observations into
a witty analysis, which he would quietly confide with his friends over a pint.
He was not opinionated or particularly well informed on current affairs but he
had a view on most aspects and situations in life based on his own acute
observations down through the years. Above all he loved to spice his
observations with a quotation or a good yarn gleaned from his own experiences.
He was a renowned wit and the nicknames he invented for local and national
characters combined a roguish sense of fun with a penetrating sense of
observation.

After forsaking his practice
in Carlow he lived life on his own terms and discarded material goods. He lived
humbly, his only prized possessions, his tennis racquet, his classical music
tapes and his 2 budgies. He had little time for religion and nothing was
guaranteed to irritate him more than the clickety clack of high heels going
down Church Street to mass on a Sunday morning. He was amused at the changeover
to Saturday night mass, describing it as “going to mass today for tomorrow.” He
expressed is personal philosophy on life as “Life is like a blossoming flower
which eventually withers and dies.’ He lived his own life accordingly.  He was mildly suspicious of women of whom he
used to say, in a deliberate misquote from Macbeth, “She looketh like the
innocent flower but she the serpent under it.” At the same time he had great
admiration for many of those females he met through tennis and through his
work. He would not tolerate the company of fools but he was incapable of
insulting anyone, preferring to quietly avoid their company. He needed neither
people nor distractions and h spent his life in Listowel at work, having a few pints
in O’Connor’s Bar, walking in the park or playing tennis in the town courts and
placing the odd cross double on a Saturday afternoon. To my knowledge he never
progressed beyond McKenna’s Corner in either direction in his 17 years in
Listowel.

Mike’s great passions and
consolations were tennis and classical music. I first met him through an
arranged tennis match in 1979 and we remained firm friends since. He loved
tennis, particularly men’s doubles, and nothing would give him greater
satisfaction than to send a winner past a beaten opponent. He would invariably
turn and describe the shot as “one from the bottom drawer”. He helped to
revitalize Listowel Tennis Clun in the 1980’s and was its chairman for two
years. During one of these years the club held a fancy dress social. Mike
arrived, dressed impeccably in uniform as Adolf Hitler. After the meal he stood
up to give the club chairman’s annual address. For 10 minutes he recited in
strident and vociferous German a prepared Hitlerite speech and then he sat down
without a word of English or any comment whatsoever on the previous tennis
season.  He brought the house down and
the affectionate applause was thunderous.

Mike’s friends transcended
all class boundaries. He had friends from all walks of life who will miss him
dearly. He loved good sunny weather and he always said that the best time of
year was the last two weeks of April and the first two weeks of May when the
effervescence of life was at its most potent.

He fell ill during this
period in 1996, died on May 12 and was buried on a beautiful day in
Castledermot on May 14th. On the way back to Listowel, I went
through the nearby village of Moone. I pictured Mike on a tennis court
receiving a weak second serve which his legs would not carry him in quickly
enough to return properly after which he would describe the serve with sneering
disgust to his opponent “like the women’s sodality up in Moone”. Passions may
come and go, but friendships are forged through years of trust and can only die
with death. Mike’s friends remembered him at his month’s mind mass in the
convent chapel on June 12th followed by refreshments in O’Connor’s
Bar. 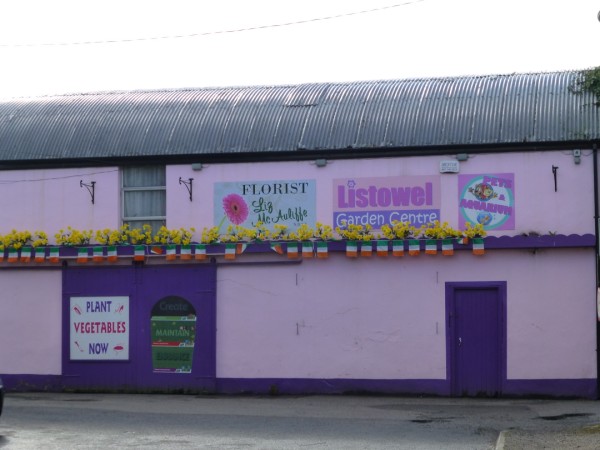 Listowel Garden Centre decorated with flags and daffodils for the national holiday. 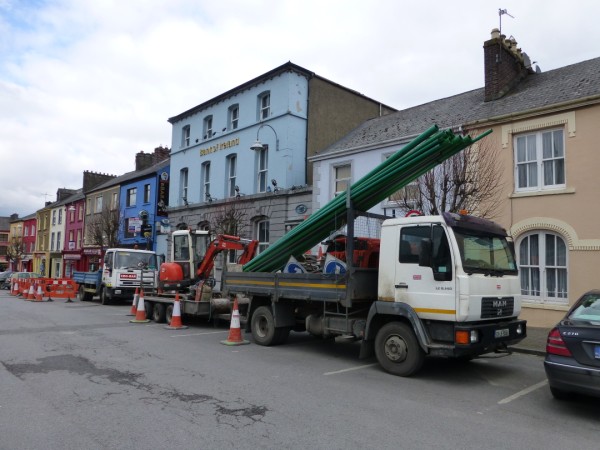 Digging up The Square again? 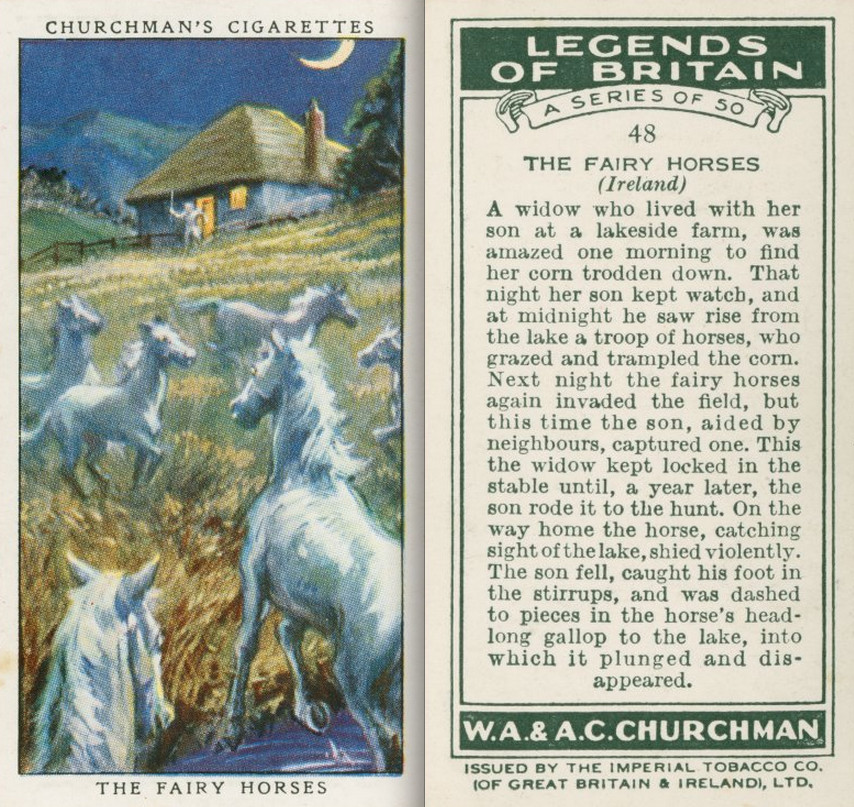 This artefact is a cigarette card with a very strange tale.