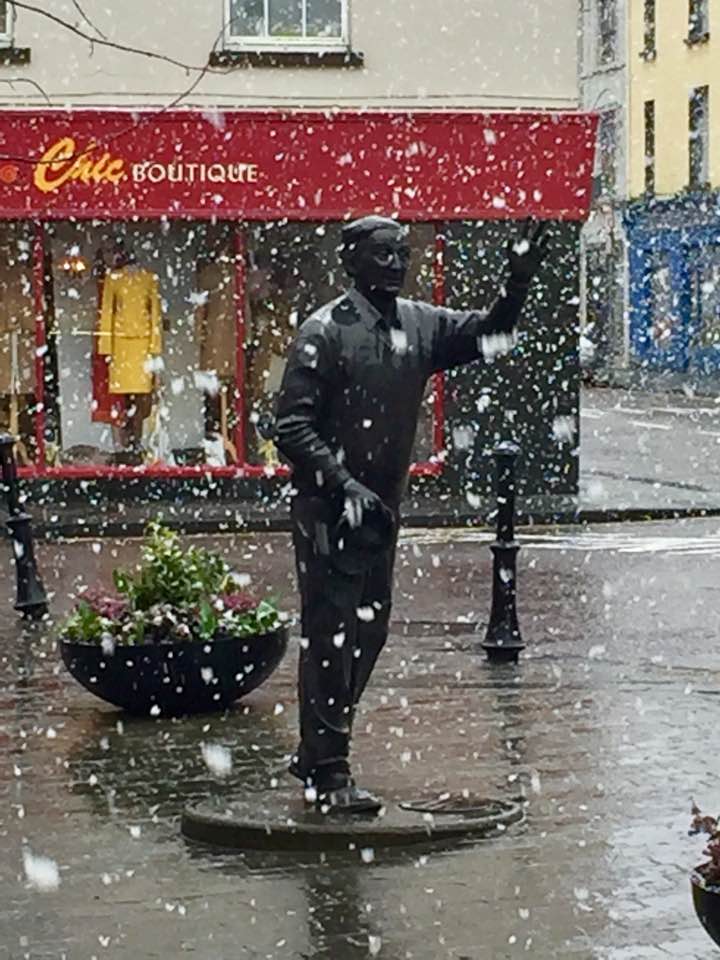 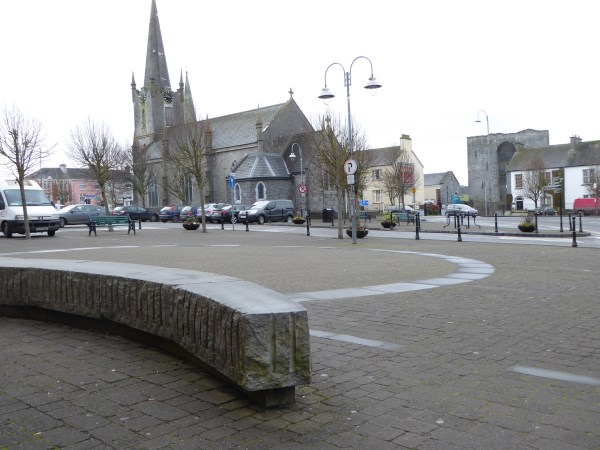 Jimmy Hickey’s unique combination of talents is currently being recorded for posterity by Jimmy Deenihan. Jimmy has assembled a crew of video and sound recording specialists and he is recording the various aspects of this special Listowel man’s life. 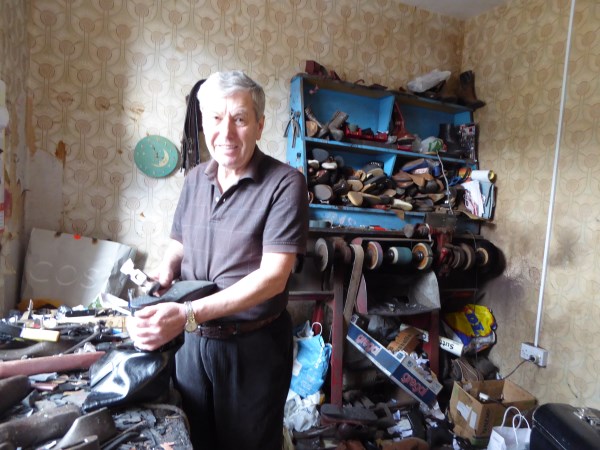 As well as his work as a very successful dancing master, Jimmy also turns his hand to shoe repairs in his workshop in Listowel. Jimmy comes from a family of shoemakers. He brings his understanding of the importance of footwear to bear on both aspects of his life. When he is not tapping his heels in his dance classes, he is tapping his hammer in the shoemaker’s workshop.

Jimmy Deenihan decided that it was high time that this man’s unique talents were put on film. I was privileged to be present at Jimmy’s dance classes in Dromclough National School while the recoding was in progress. It was a joy to watch the master in action and to see the enthusiasm and the skill of his young pupils. 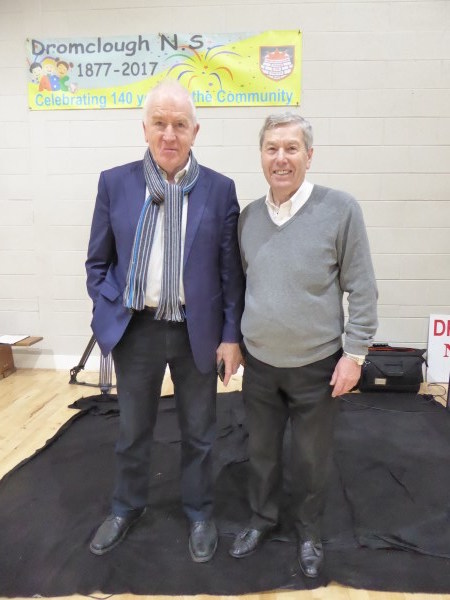 Two Jimmys; Jimmy Deenihan and Jimmy Hickey, passing on the torch to the next generation. 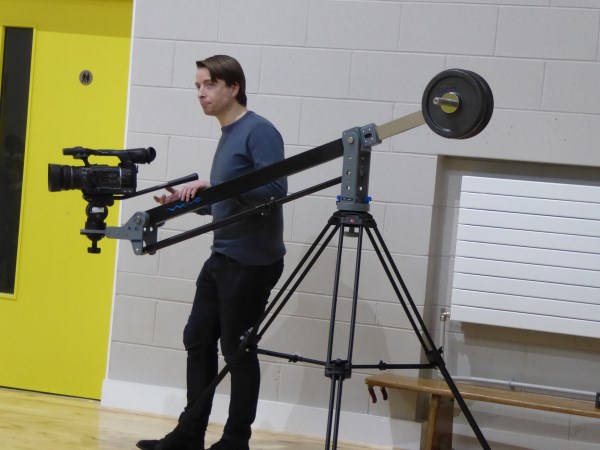 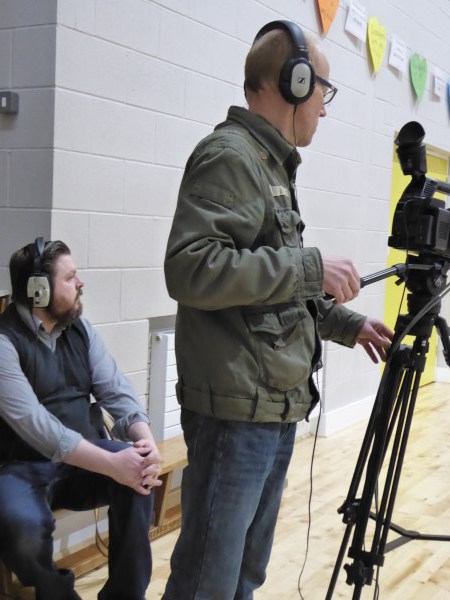 The team recording the dance class. 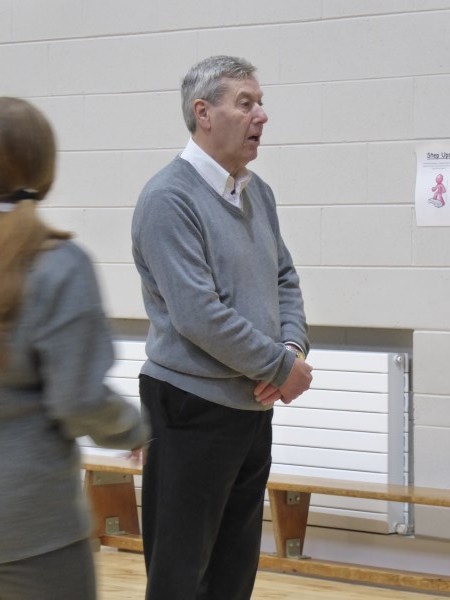 Jimmy Hickey speaking directly to camera about the dances and their history. 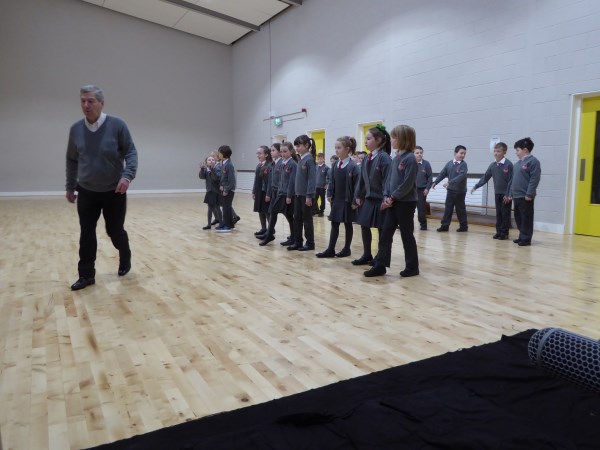 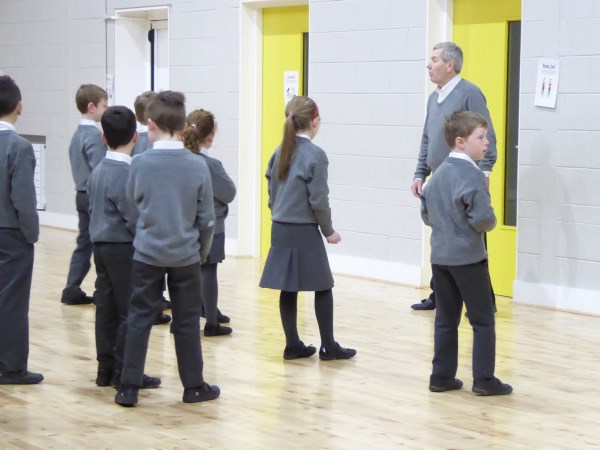 Learning from the Master: In time Jimmy Hickey’s  young pupils will appreciate how lucky they were to have learned the steps from a true dancing master in the age old tradition. 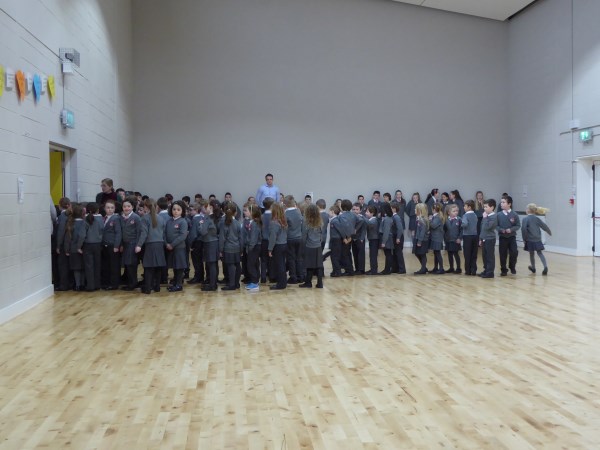 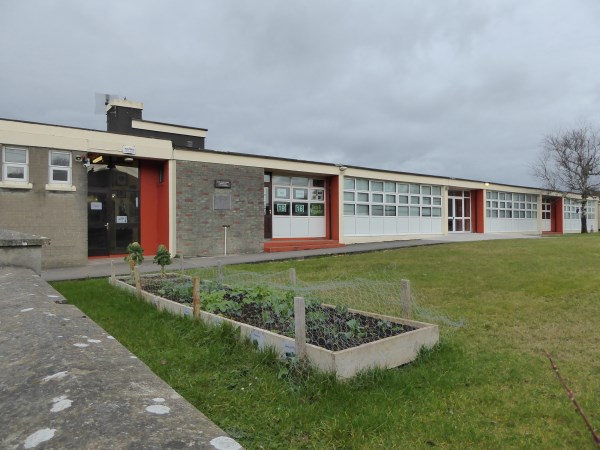 Dromclough is magnificent, well resourced school with an appreciation that a truly rounded education includes song and music, art and I.T. as well as the traditional three R’s. 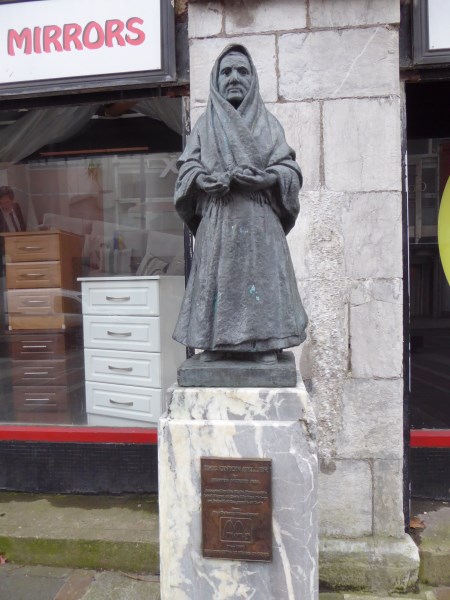 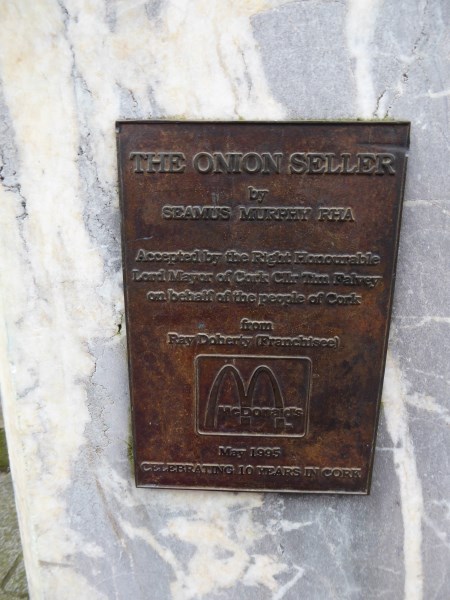 When I saw this lovely little street sculpture on North Main Street last week I was reminded of a incident I witnessed on that same street some years ago. Dunnes Stores used to have a shop on that street. I was at the Customer Service Desk in the shop and I was behind a lady who was returning a bag of onions and asking if she could exchange them for a bag of carrots. 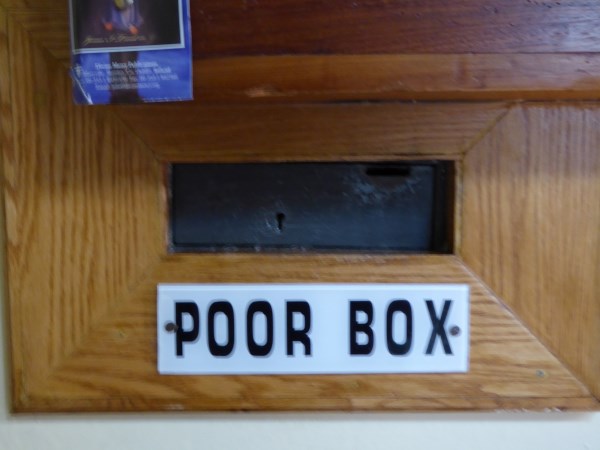 There was a time when every shop counter had an array of alms boxes, often called mite boxes after the bible story of The Widow’s Mite. There used to be a green one with a three D “black baby” on top. Saint Anthony’s one was very popular because you could bribe him to help you find things. Every missionary society had its own one and they employed someone to come round and empty them regularly. Some of the boxes were anchored by a chain but the more trusting ones left their loot at the mercy of sneak thieves.

Are those boxes completely gone, I wonder? 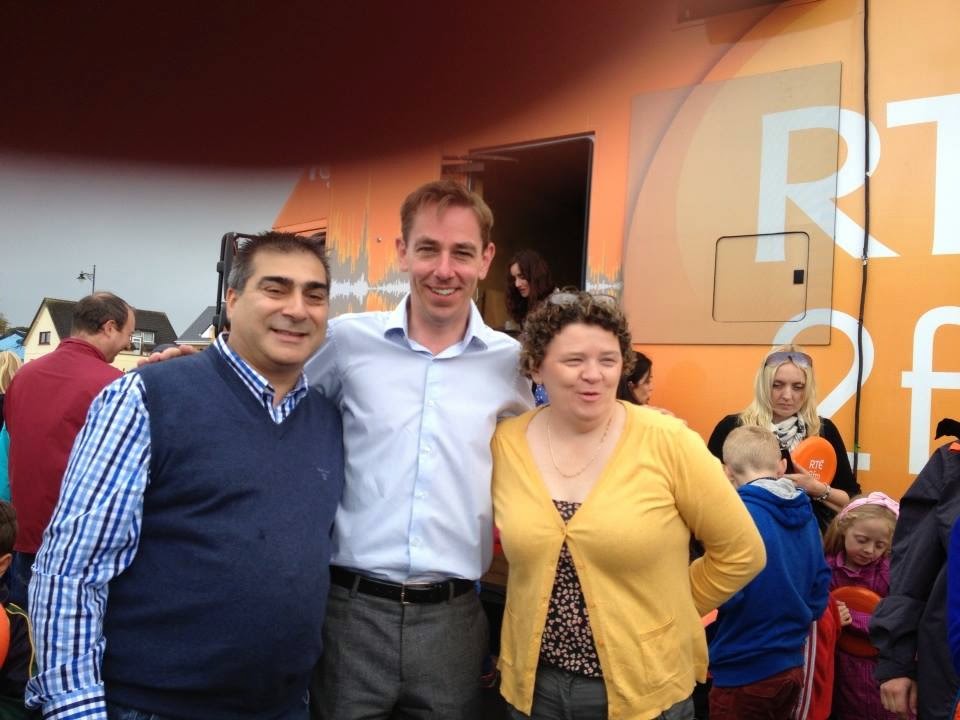 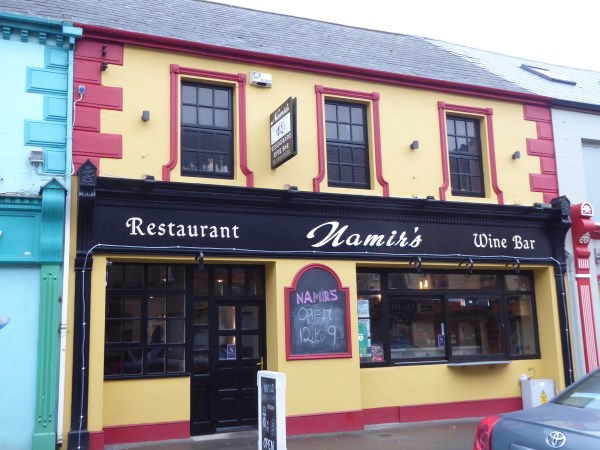 Namir is the proprietor of this very popular restaurant in Ballybunion. But who is Namir?

Namir Karim was born in Basra
in the south of Iraq. He was the eighth of ten children in his family.  He has seven brothers and two sisters. All of
their names begin with the letter N.  By
his own admission Namir was his mother’s pet. He loved to sit with her while
she knitted and he helped her to prepare and cook the family meals.

Namir’s father worked in the port of Basra. There was a club there where the
British socialized. Namir’s father worked in the club and Namir and his family
lived side by side with the British and enjoyed the same lifestyle, casinos,
discos and music. Then the Iran Iraq war started in 1980 and soldiers moved into
Basra from all over Iraq to protect the port. It was the end of the good times.

Namir was raised as a
Chaldean Catholic. This form of
Catholicism is like a pre Vatican 2 version of Roman Catholicism. They
acknowledge the authority of the pope and have the sacraments. Women still
cover their heads in church and the priest celebrates mass with his back to the
congregation.

Namir has family scattered all around the world. Some like Namir
are fleeing war, others went to college in Britain or America and never came
back to Iraq.

Namir has told his story on
radio and television in Ireland and he has been asked about Iraq, about Saddam
Hussein and life there . Saddam was a
cruel dictator. His people lived in fear. Because it was forbidden for an Iraqi
to socialize with a foreigner, Namir took big risks to be with Kay.

1995 was a happy year for
Namir and Kay. Kay decided to enter Namir into a competition to select the
Husband of the Year. The competition was run by The Star newspaper and an RTE
programme called Twelve to One. Kay wrote a short essay describing why she
thought Namir was special. She described how he had given up everything to be
with her. He left home and family to “take a chance on me” she said.

Namir won the competition and was declared Husband of the Year.

He is still Kay’s Husband of the Year to this day.

Call in to him in Namir’s in Ballybunion or Scribes in Listowel.

Cashen, daffodils and a real oldie from Presentation Convent, Listowel