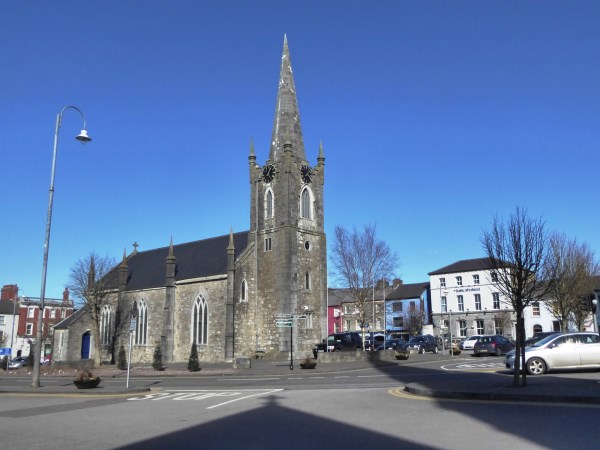 February 27 2018 was a freezing cold day but the light was perfect for a photo of this iconic Listowel building.

Spring, a Season of Renewal 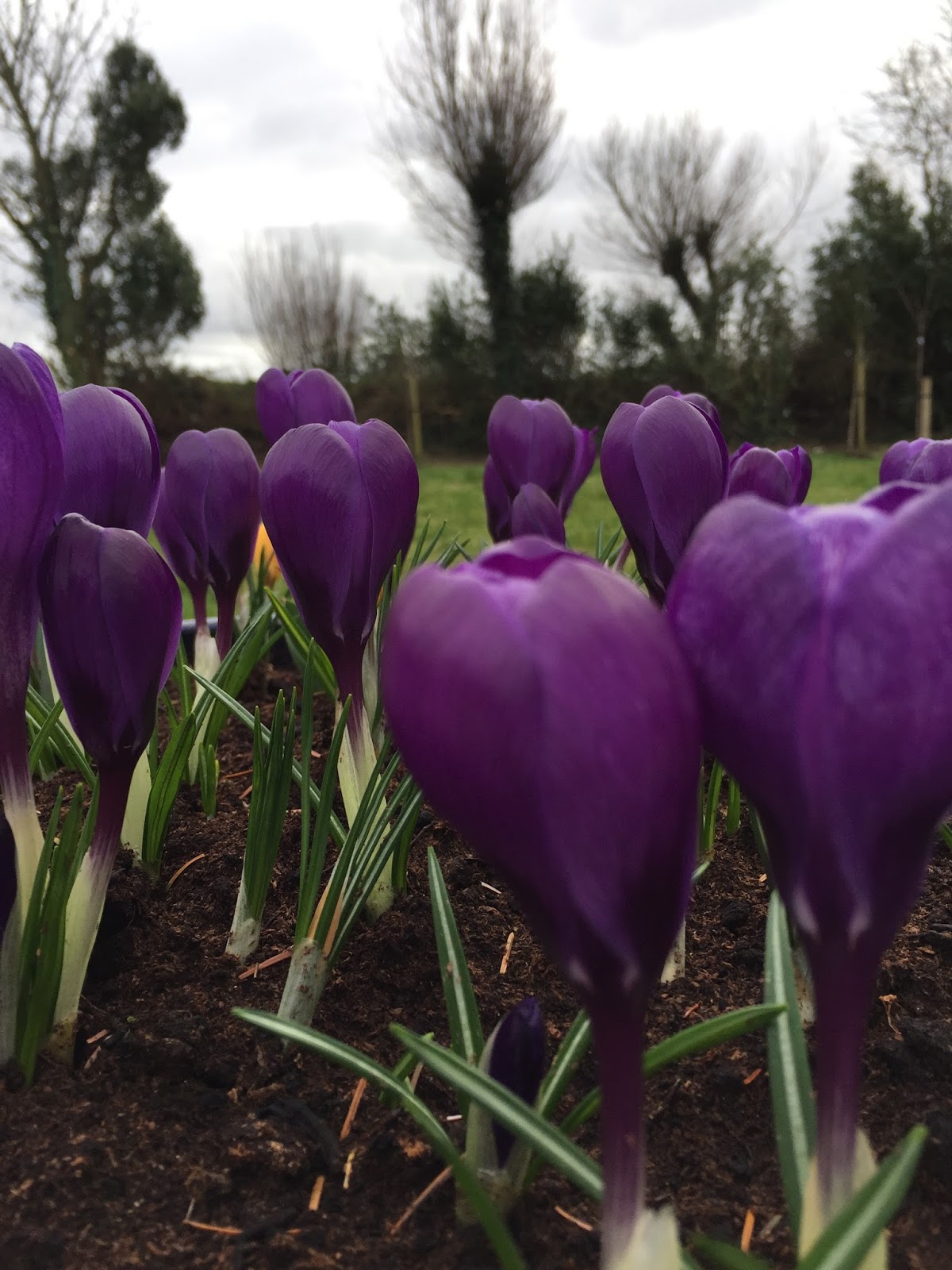 Blessed are you, spring,bright season of life awakening.

You gladden our hearts with opening buds and returning leaves as you put on your robes of splendour.

For in your life no death can survive as you exchange places with winter.

You harbour no unforgiving spirit for broken tree limbs and frozen buds.

Season of hope and renewal.

Wordless poem about all within us that cannot die.

Each year you amaze us with the miracle of returning life. 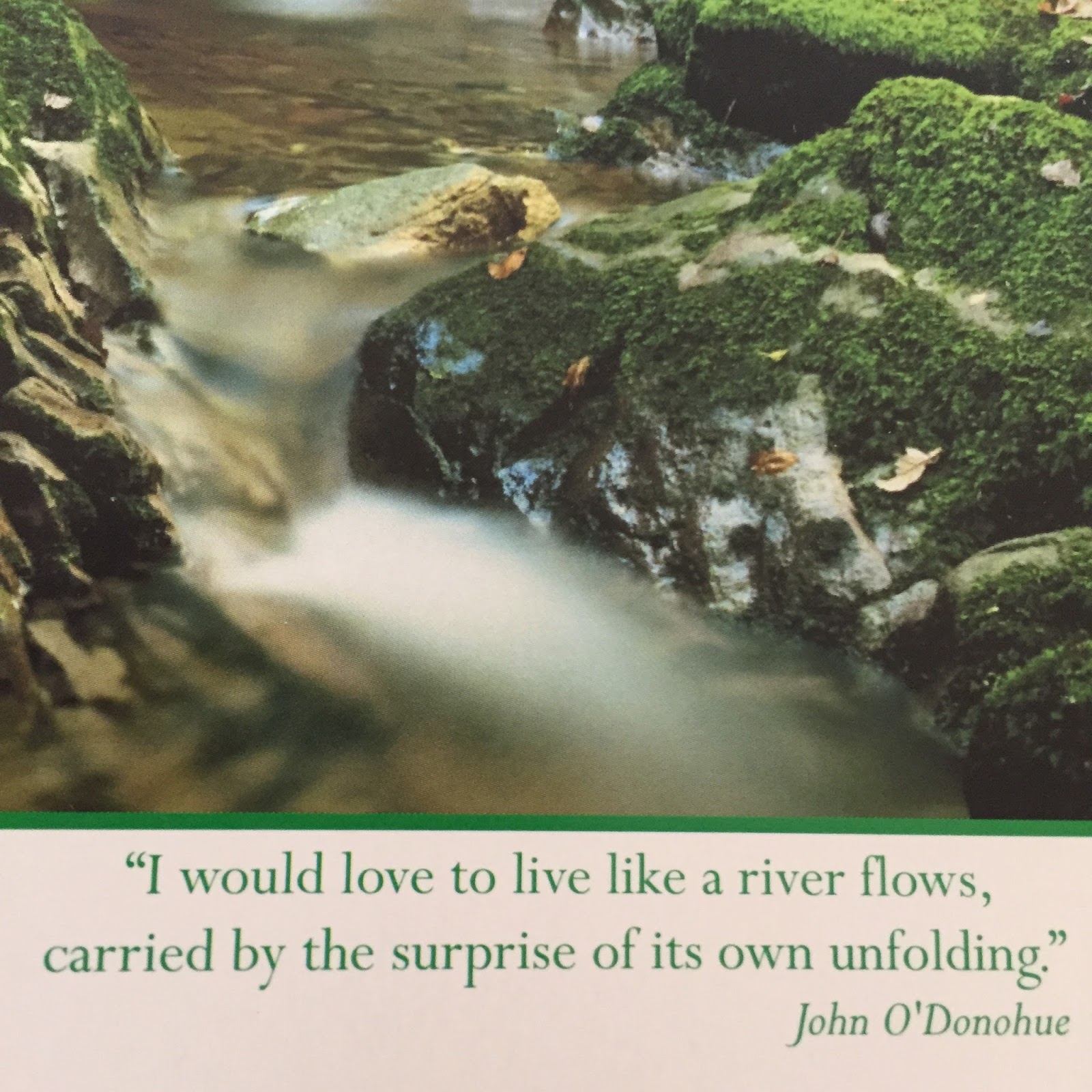 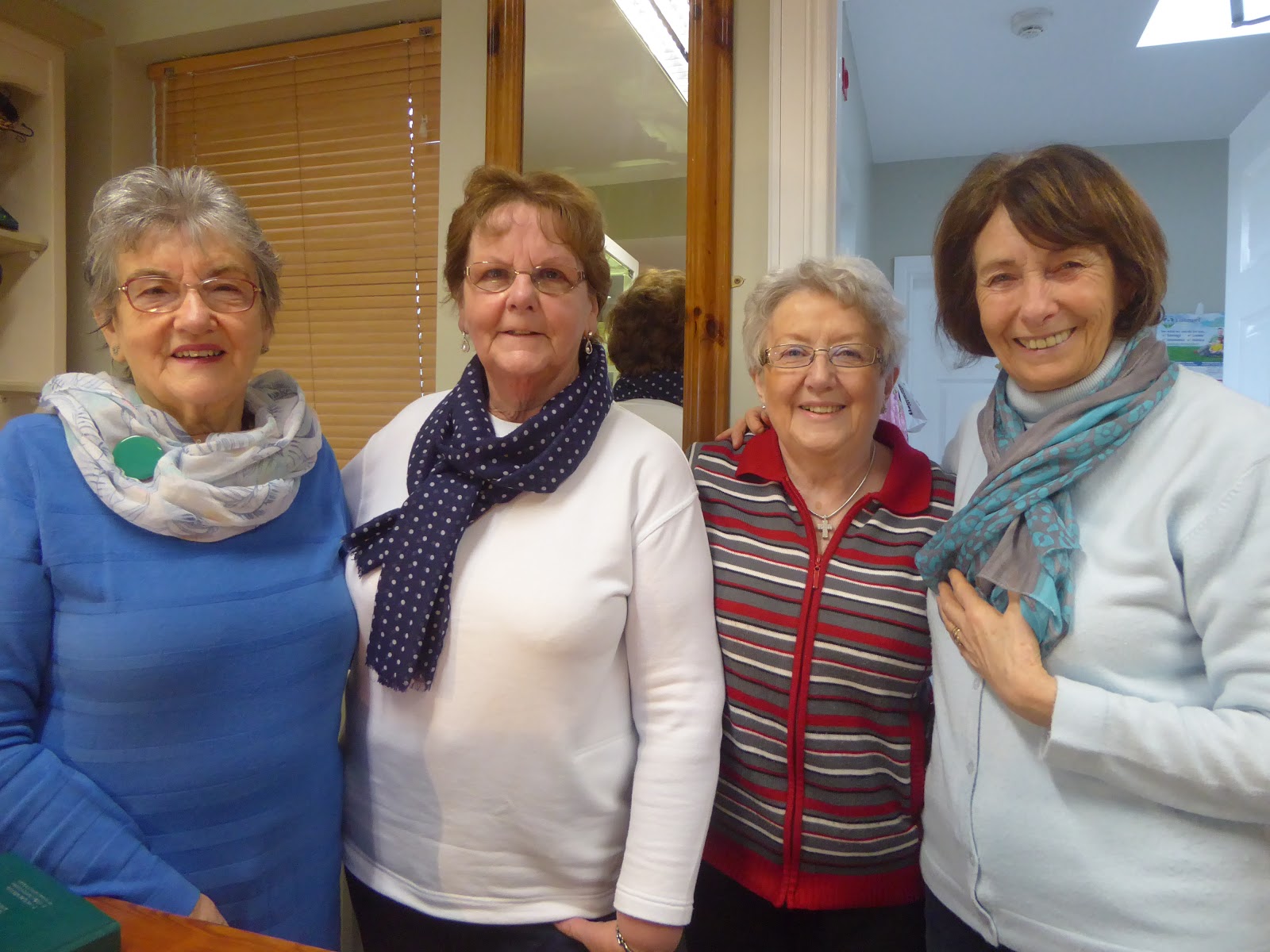 “The salt of the earth” my friends in Listowel’s St. Vincent de Paul shop

Marie Shaw took a trip down memory lane when she read accounts of the entertainments staged by Listowel children in the 1950s. Here is what she wrote;

Smiling while reading the Vincent Carmody bit about turf theatre. Remembering when we were teenagers In Clieveragh and a bunch of us kids decided to stage a play in Louis Connell’s garage. We made up our own script from a story we read somewhere called “Christine’s Necklace”

Joseph Power, John Hartnett, Michael O’Connell and Michael Broderick built a stage and made some kind of seating. Artie Chute who worked for Louis O’Connell’s law office typed up some very impressive programs for us, we raided all our closets to come up with costumes and a stage curtain and were then ready to stage our play. Only one thing went wrong, the garage didn’t have a light so right before the scheduled performance we were left with a dark garage. Not to worry, Louis O’Connell came to the rescue by moving his car right in front of the garage and shining the lights directly at the stage. Many years later I wondered if he killed his car battery through his concern. We even had a cast party in O’Connell’s kitchen afterwards. Louis and Mrs. O’Connell had so much patience with us and indulged us so much. I will always remember them fondly.

Listowel Folk Group are busy practicing in their new location in St. Mary’s for their biggest gig to date. They will sing the mass as Gaeilge when St. Patrick’s Day mass from Listowel is broadcast on RTE at 11.00a.m. on the National Holiday. 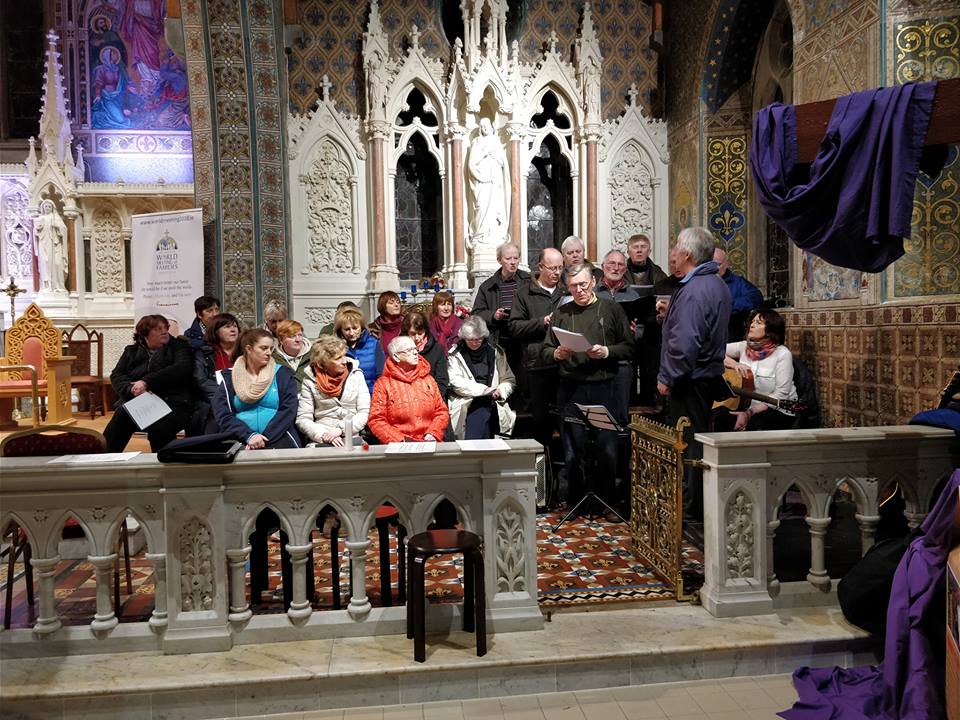 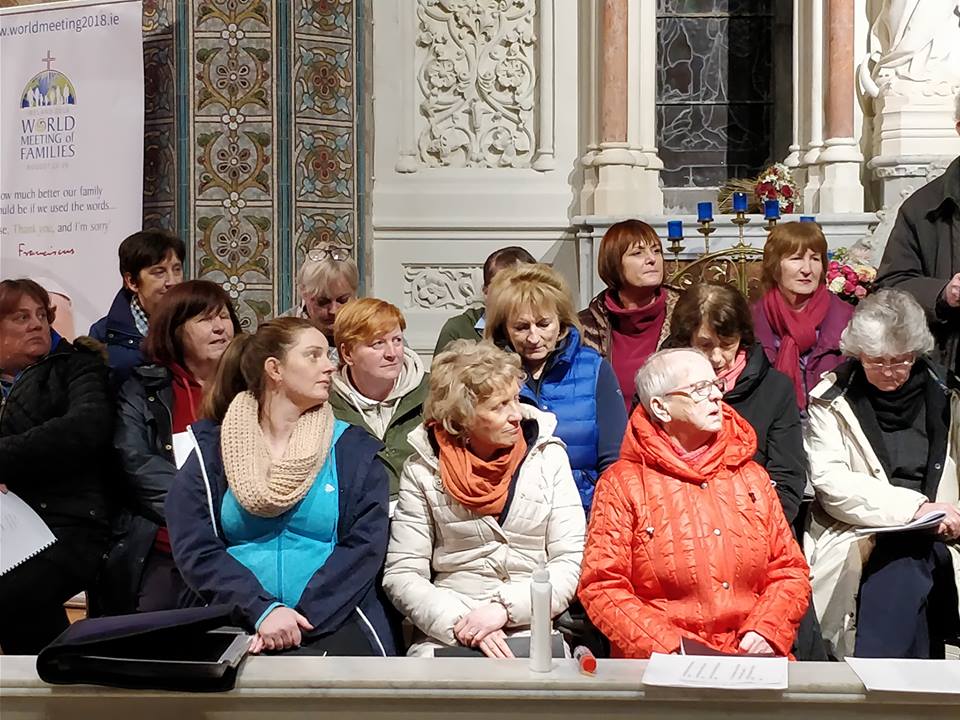 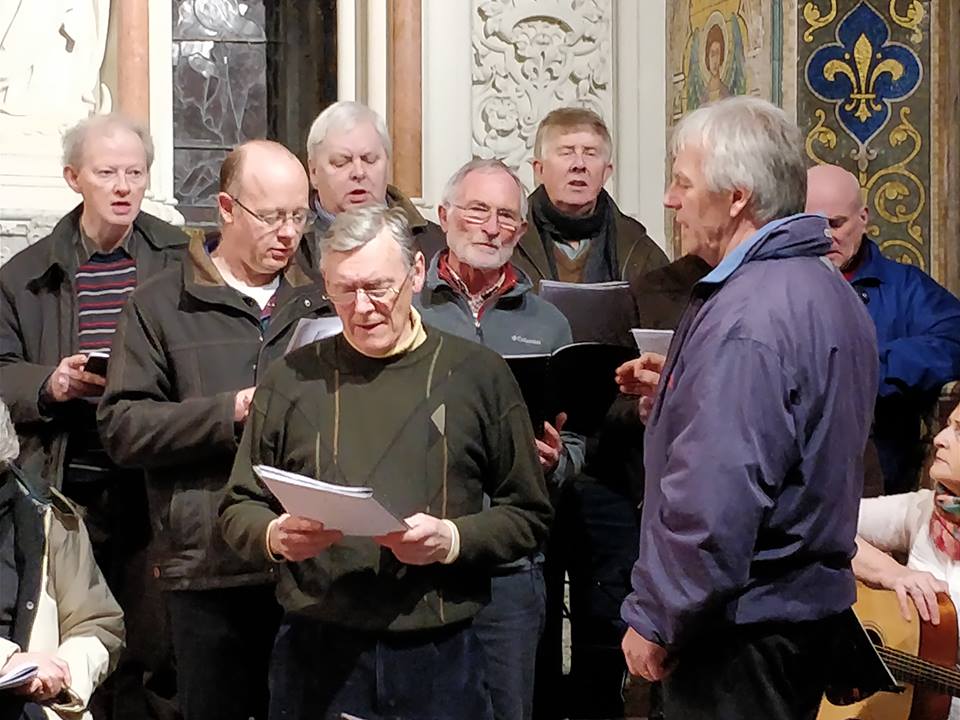